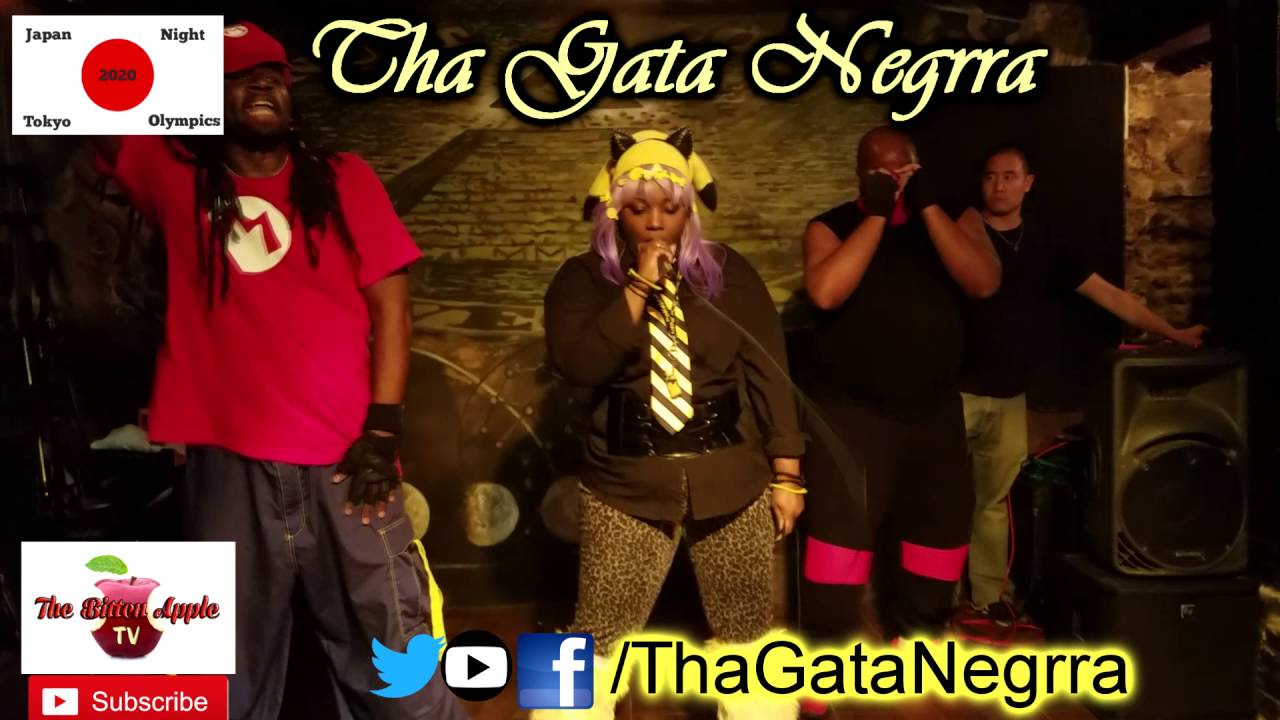 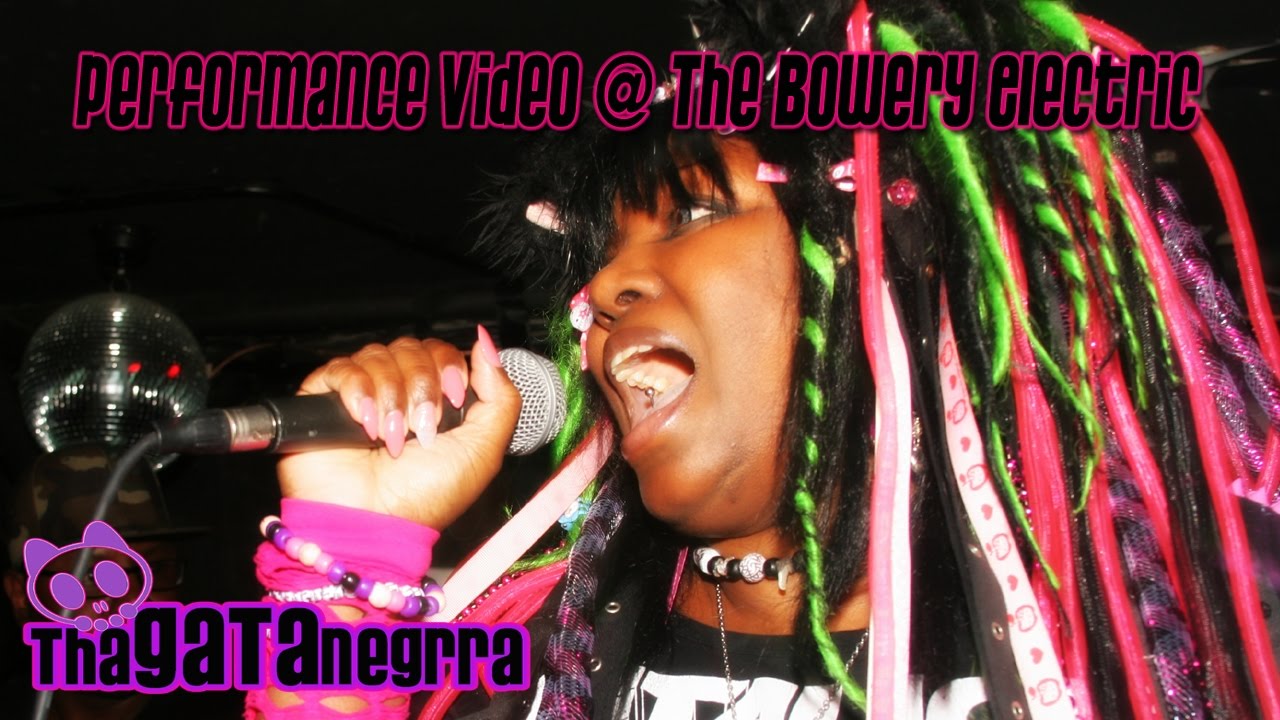 ThaGataNegrra at The Bowery Electric 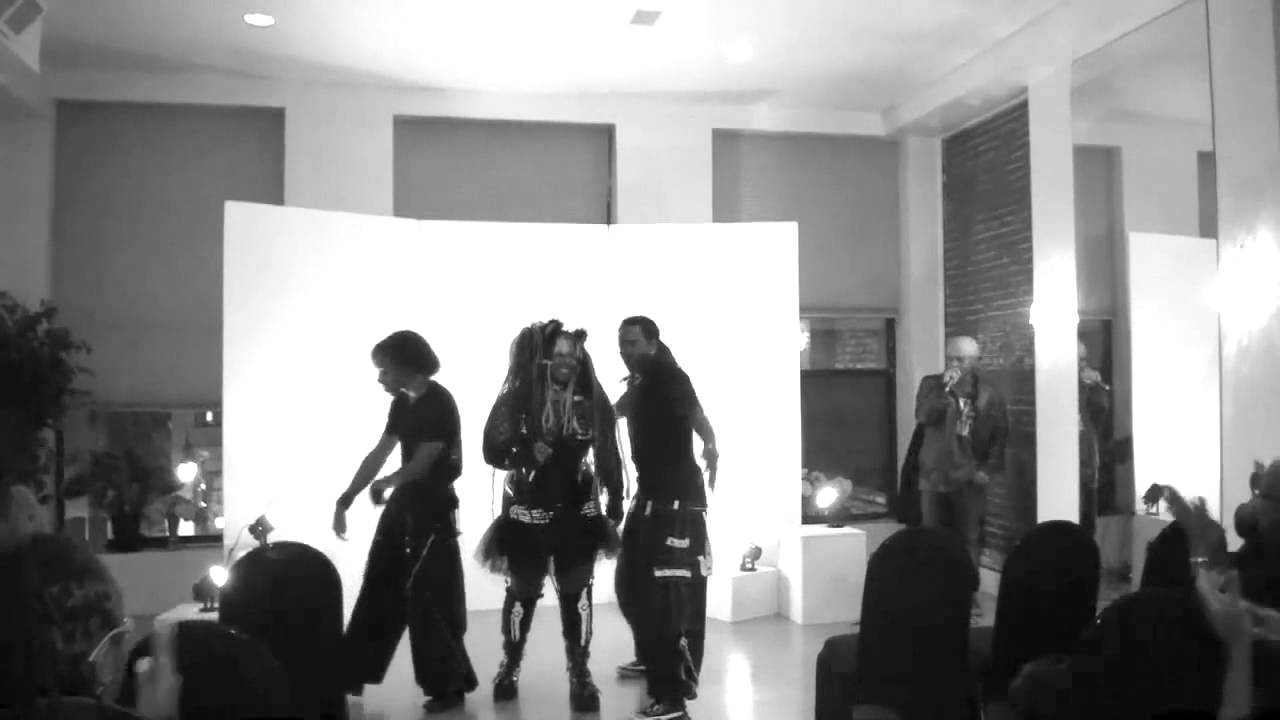 Like I Do (You Should Dance With Me)
ThaGataNegrra 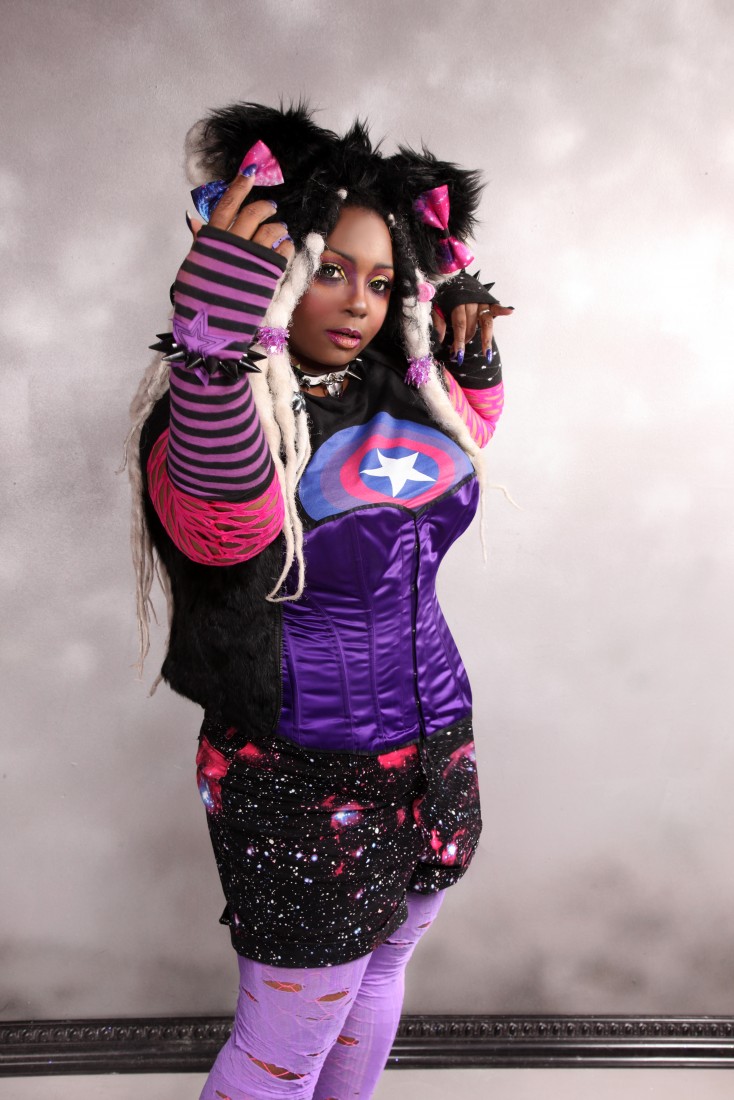 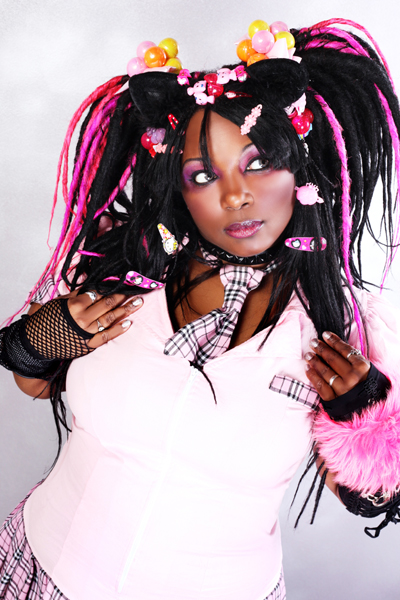 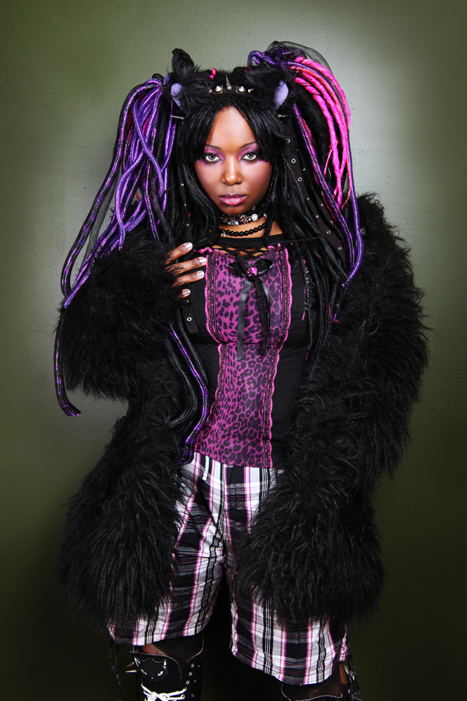 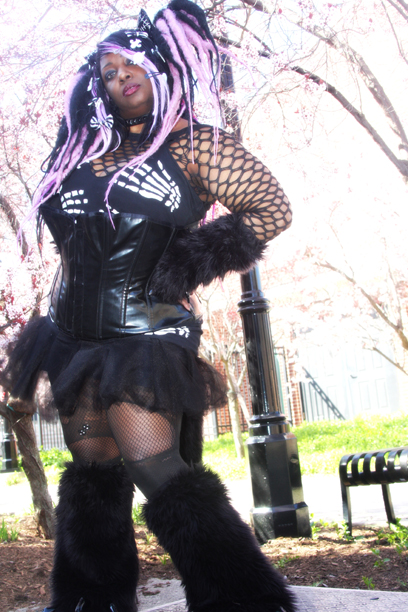 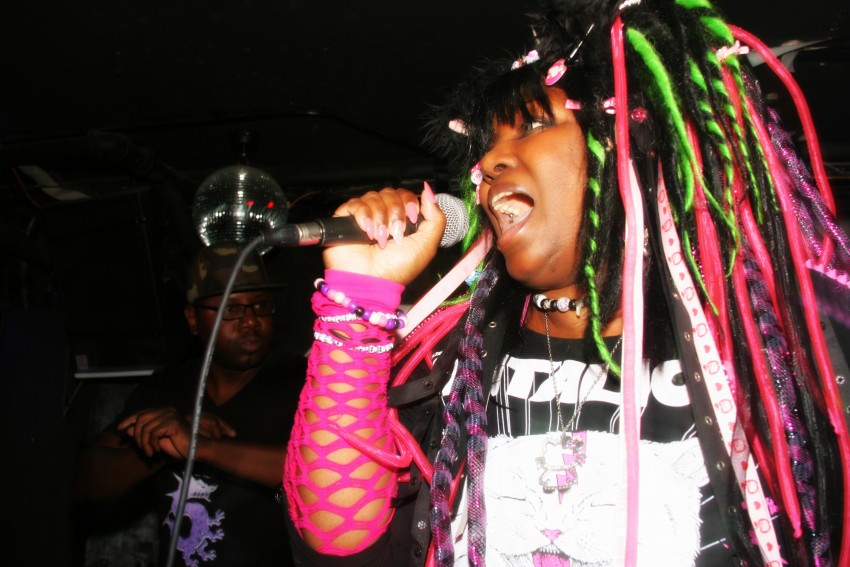 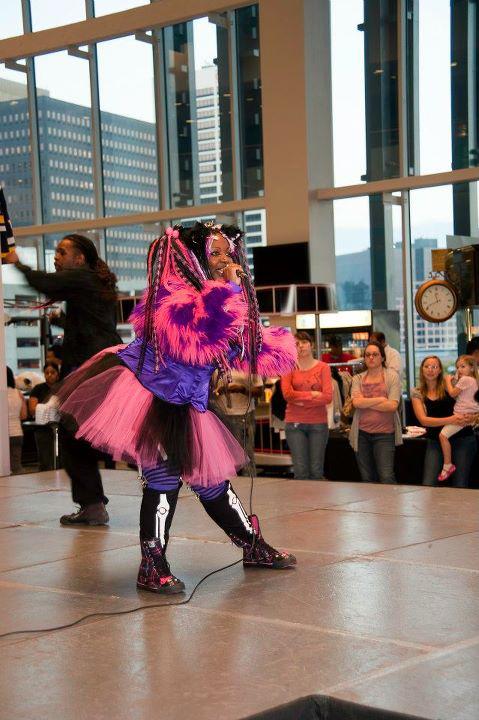 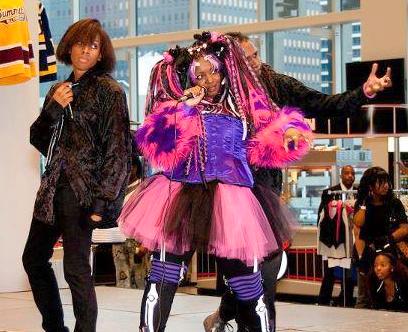 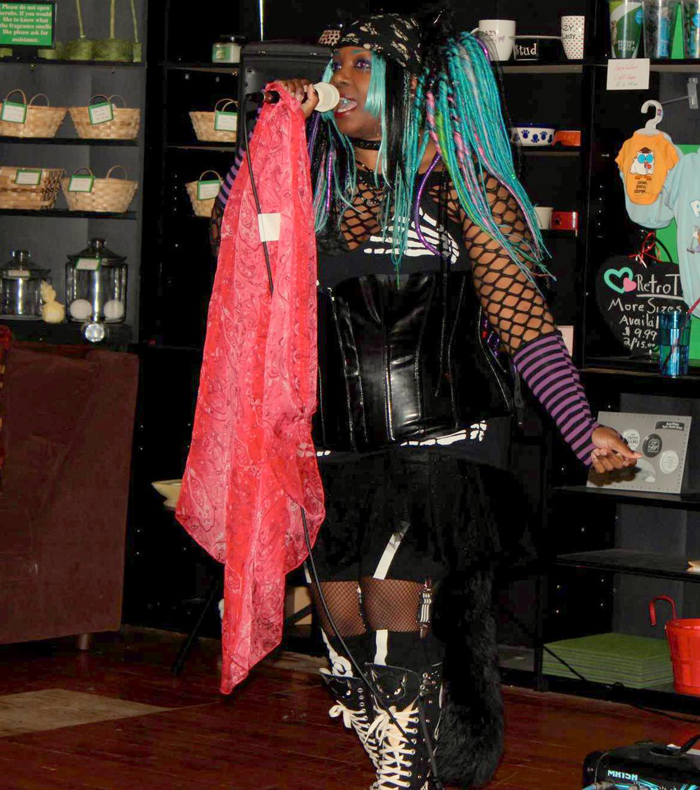 Please read this before attempting to book the artist so nobody's time is wasted! Please state details of your event in the notes. Artist's genre is hip-hop/rap. Artist performs original songs only and no covers at present! If this is not what you are looking for thank you for your interest and have a nice day!

If you'd like an awesome, high-energy, alternahip-hop set for your party, event, or dance, don't hesitate to book ThaGataNegrra for a memorable show that's sure to slam the fun in your function! Along with her dancers, Unison Phunk Regime, Gata's cat-girl cosplay visuals and infectious grooves deliver an unexpected shot to any gathering!

Be the first to review ThaGataNegrra

ThaGataNegrra's show is an alternative hip-hop performance with clean lyrics and hip-hop and house dancing. The act uses cosplay from familiar anime, pop culture icons, and sometimes just GATA as her own character. The dancers, Unison Phunk Regime, are high-energy and encourage audience participation, especially at events involving kids. They maintain professional attitudes and come prepared to entertain.
When appropriate, there are giveaways of CDs, download cards, and Mardi Gras beads, light-up rings, glow sticks, etc.

ThaGataNegrra is an alternative hip-hop artist who specializes in a funky start-stop delivery; her rhyme arsenal runs the gamut from danceable ear candy to mind-searing aggression. Her distinct flow, catgirl persona, and kawaii aesthetic not only earned GATA the designation of “NJ’s real-life Catwoman” by Indie Flava Magazine, but helped her make her own pawprint on the underground hip-hop scene and the con circuit. Armed with influences ranging from Golden Era hip-hop and punk to dance and new wave, the Newark Arts High School alumnus pounced through a few groups before landing on her feet and striking out on her own.

Lyric aficionados appreciate the range of life experiences in her songs; she vents them in an unexpectedly aggressive fashion that flies full in the face of her appearance. The Diosa AniManga/PunkRhyma™ writes from her gut, roaring her truth onto two full length projects for 3 Miles Entertainment.

GATA is a proud geek and otaku, and her performances highlight this by featuring cosplay and her own take on decora kei-meets- Afrofuturism style. Her “...in-your-face” “kawaii-hop” sound was included in the second and third seasons of the groundbreaking hit Hulu show "East Los High".

ThaGataNegrra's catalogue can be found on Apple Music, Spotify, Amazon, Pandora, Bandcamp, and other digital outlets.

Usually only need sound setup for the backing tracks and two good microphones. If need be, able to supply own DJ for PA purposes; however, that raises the rate. Require enough space for the two dancers. If offered, will accept meals and non-alcoholic drinks such as water and soft drinks, but require at least water.

Set list:
"Come Show Me" (funk/dance/house type of song)
"Like I Do (You Should Dance With Me)" (pop song, kid favourite)
"Senpai" (J-pop influenced song; think "Sugar Rush" from Wreck-It Ralph)
"I Feel You" (dance-type song)
"Anything" (slower pop-type song)
"Felinephunk" (straight driving hip-hop song)
"Gata City: Kuro Neko Chaos" (fast-paced hip-hop featuring Japanese lyrics) or "Paperdollz" (rocked-out song), the latter of which they don't normally do without express permission of the client as it contains one profane word and the subject matter is controversial.
Approximate set time: 15-30:00
All songs can be reviewed upon request.

Acts like Michael Jackson, Madonna, Britney Spears, Janet Jackson as far as dancing, various J-and K-pop artists, and Japanese, raver, punk, and goth fashion as far as visual, with the soul of Golden Era hip-hop acts such as De La Soul and newer groups like Gorillaz.