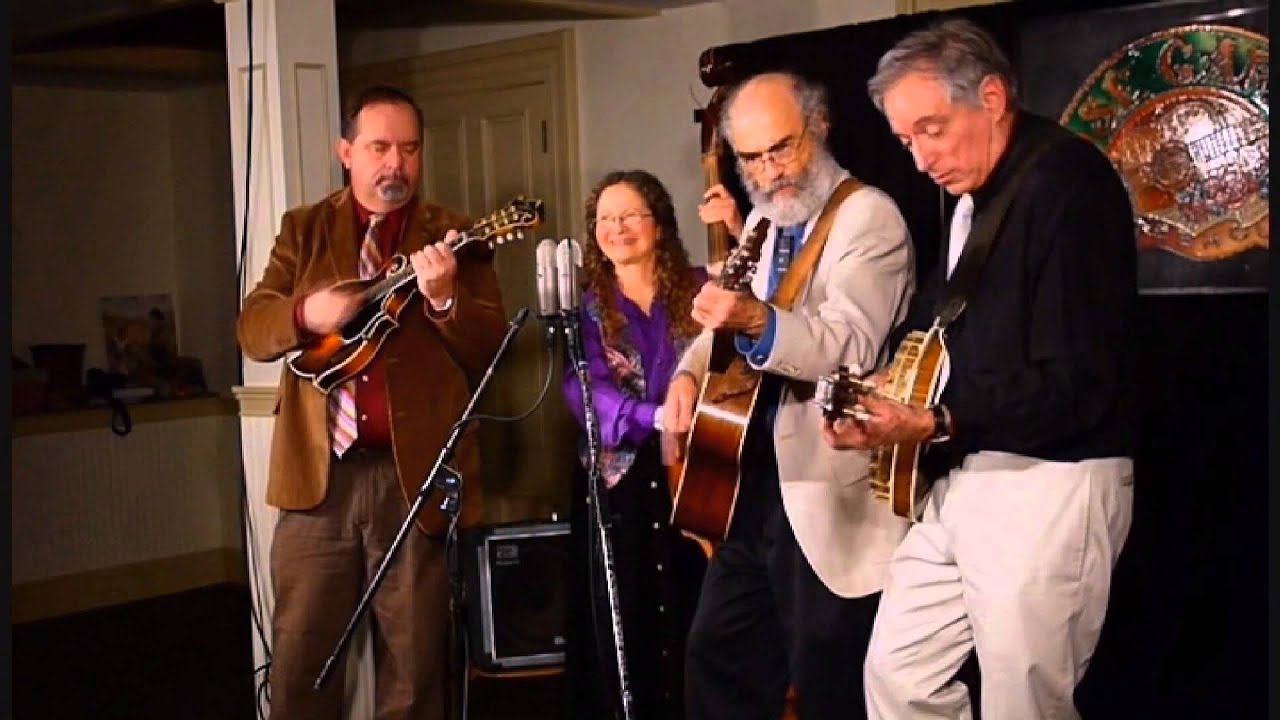 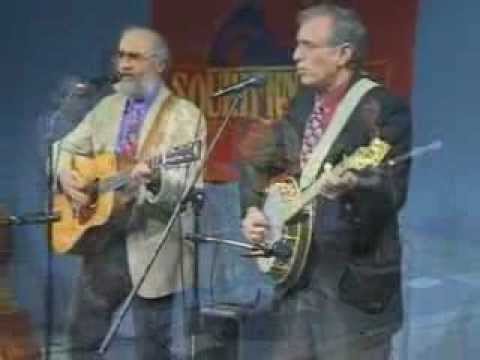 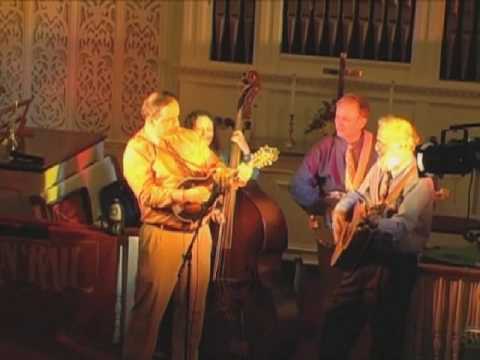 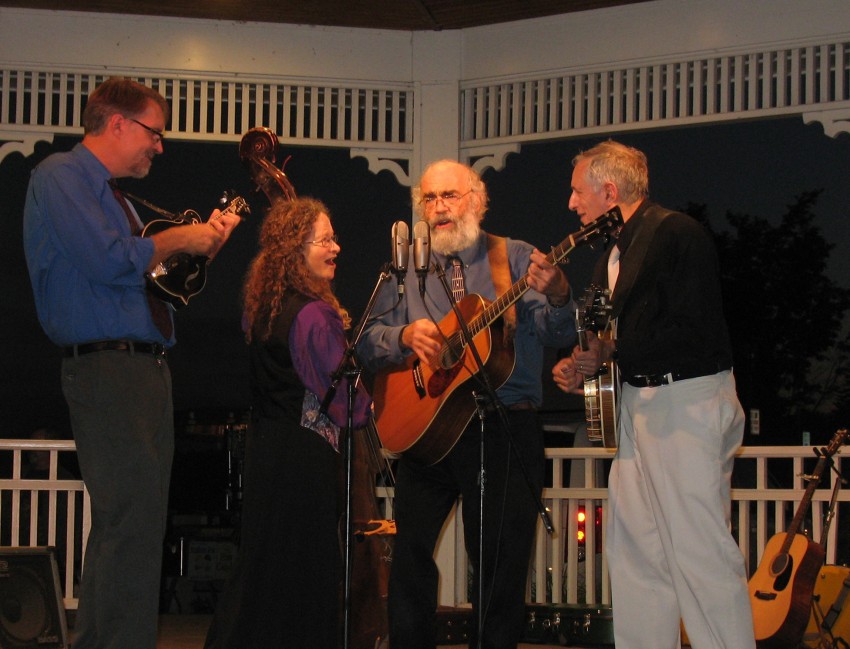 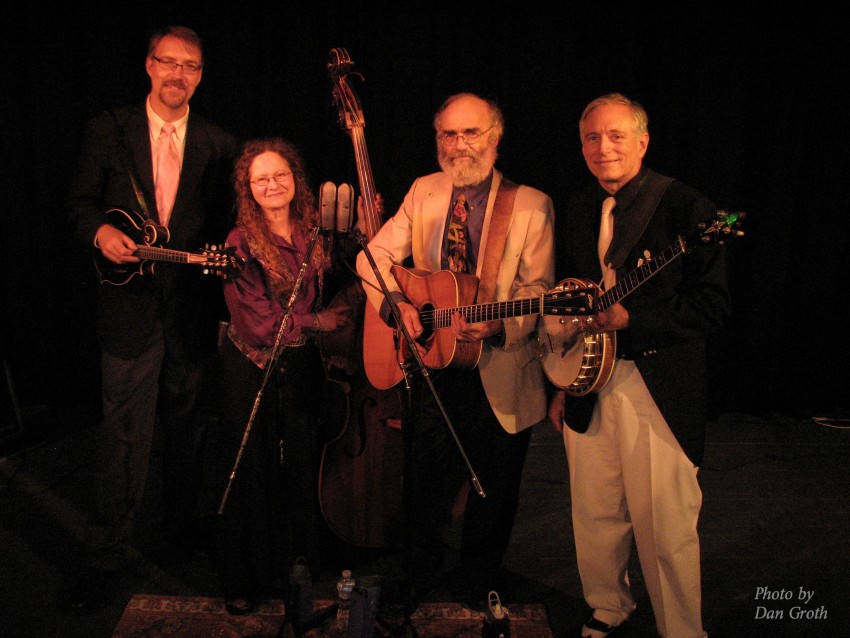 One of New England's premier Bluegrass bands, Southern Rail is in great demand for private and public concerts and corporate events. Their shows are lively, funny and engaging. Instrumentation includes guitar, banjo, mandolin, and acoustic bass. Their concerts are polished, upbeat, and energetic with strong harmonies and sparkling instrumental work. The group is equally at home with traditional bluegrass as well as more contemporary material.

They were great lots of fun and amazing musicians.

Thanks for the kind words, Michael! We had a wonderful time and we’re delighted that you enjoyed our music.

As of 2009 Southern Rail has been playing bluegrass music for 31 years.

Jim was born and raised in Richmond, Virginia. Jim is the band’s principal lead singer and songwriter. Jim’s rich, distinctive lead vocals and offbeat humor have become one of the group's trademarks. A guitarist for over 40 years, he is also known for his polished flat-picking and rock-solid rhythm. Jim is also a respected staff-writer for Bluegrass Now Magazine (Rolla, MO). His regular feature on sound reinforcement, entitled "Plugged In", has received a great deal of international attention.
SHARON HOROVITCH, Acoustic Bass and Harmony Vocals

Aggressive, creative and irrepressible, Sharon is known for her infectious smile, her limber bass work, and her tireless energy on stage and off. Sharon sings tenor and high-baritone harmonies. Sharon and Jim are co-founders of Southern Rail, and have worked on ten recording projects, eight of which are Southern Rail's. Sharon also handles Southern Rail's booking and publicity.
RICHARD STILLMAN, Banjo and Harmony Vocals

Richard (usually known as "Rich") has been playing bluegrass banjo for over 30 years. He has founded or been involved with of a number of influential bluegrass bands, including the Jersey Travelers, a previous term with Southern Rail, WayStation, and Adam Dewey and Crazy Creek. He also has numerous studio recording credits with other New England folk artists. Rich was New Jersey banjo champion in 1983 and the 2002 and 2003 New England banjo champion. He is a six-time winner of the annual banjo contest held at Lowell, Massachusetts (1985-1995), where he has presented a bluegrass banjo workshop every year since 1996. Rich has been a regular on the faculty of Banjo Camp North, has taught bluegrass banjo classes for Boston Bluegrass Union, and has taught banjo as an adjunct faculty member at Phillips Academy in Andover, MA.
JOHN ROC, Mandolin and Harmony Vocals

A maritime native, John got his start playing French Canadian style fiddle tunes with Simon St. Pierre. His mandolin playing is clean, aggressive, lightning fast, and very expressive in the classic bluegrass style. A veteran musician with over 30 years of stage experience, John has performed with numerous groups from the Canadian Maritimes to central Florida, most recently playing mandolin and singing baritone with the well- known and highly-respected Freewheelin'. His rich bass vocals are a powerful addition to the group’s quartet harmonies.

We can provide a full sound system and stage lights.

Typical concert contains two sets, each about 50 to 55 minutes, 12 to 15 songs per set. Most songs are 3-part harmony, some are pure instrumental, some are a capella.