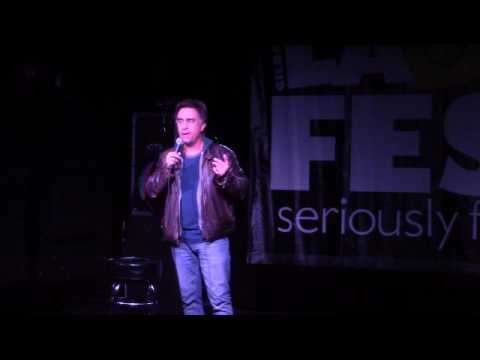 Pete Wolynec got interested in performing comedy when he saw that he could make more money telling jokes than he made selling plasma - his plasma. Because selling someone else's would just be wrong.

He keeps comedy audiences rolling with his pointed observations on getting older, smoking, marriage, and other aspects of the human condition.

Be the first to review Pete Wolynec