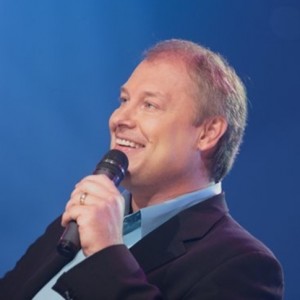 As an award winning vocalist with several national #1 radio hits, Mitchel Jon also has the unique ability to motivate and encourage the people in your event with a faith based message. He has the rare talent of connecting with whatever audience he finds himself in front of using song, laughter and an articulate speaking technique specifically designed to accomplish what your company, church or event wishes to convey. When you leave an event with Mitchel Jon, you feel like you've had a one on one encounter with a new friend!

Be the first to review Mitchel Jon

Working with Mitchel Jon is a low stress, low maintenance experience. He strives to enhance the event by providing a professional approach which includes off stage as well with a servants heart towards all involved. No demanding a certain temp water or picking out the green m&m's here!:)
He also loves the challenge that each event produces as they are all dynamically different. While at the same time, every audience of every age is relatively the same, with the same mountains to climb and the same dreams to pursue. The bond we all share is incredible and exciting to tap!

Mitchel Jon was born in North Dakota. An unlikely place for such a soulful singer to come from. He picked up a guitar and started singing when he was about five.

His family relocated to Northern Minnesota where at age fifteen, he started his first band. Through the years he played a wide variety of music including Country, Pop, Rock, R&B and Motown. As time would have it, he continued singing and playing professionally in the club circuit throughout the Midwest.
During that time, he began writing and recording for himself and others, getting involved in various projects including commercials for radio.

It seemed everything was going well and he was living an exciting life but along with the path he had chosen came a life filled with drugs and alcohol. He learned the hard way through some very dark years that he needed the Lord.

Drugs and alcohol once consumed him, but now he uses his experiences and talent to proclaim God’s grace and forgiveness. He and his wife Holly gave their hearts to Jesus Christ in 1996. They moved to Nashville, Tennessee along with their daughter Allegra and their son Lincoln in 1998. Since then, Mitchel has had songs recorded by artists such as N-Harmony, Chosen Few, Jessica King and many others. He has shared the stage with music legends such as George Jones, Lee Greenwood, The Oakridge Boys, The Gatlin Brothers Ricky Scaggs and Larnel Harris.

In 2001, Mitchel Jon became co-owner of the dynamic trio “Three Bridges”. Through the course of the next six years as lead singer for the group, they experienced two # 1 radio singles and six top twenty hits.
Mitchel now ministers as a soloist and keynote speaker and is a regular at Dr. Charles Stanley’s church in Atlanta and has enjoyed being a part of many Gaither videos.

In August of 2007, Mitchel Jon left the group and launched his solo career. Since then, he has become a dynamic speaker, motivating and encouraging people to find their inner strength and become all that they were intended to be. The message transcends every occupation and age group. The ministry has grown into so much more than just singing as God continues to open doors for Mitch to minister in prisons, inner city outreaches and corporate events.

Mitch’s soulful vocal edge and grass roots personality has caught the attention of listeners nationwide and has created a wide and varied fan base.
His diverse range of musical influences and life experiences, make up the unique style of Mitchel Jon today.

The sound system is critical as the quality is very instrumental in Mitchel's program. It also has to have at least reverb available as an extra effect. Please let us know what kind of sound equipment will be provided, if any.
We do have a great sounding compact bose sound system that can be provided for an extra fee which can cover a room of 500 people.
Whether using your system or ours, the connection requirements are very simple.
Only two channels are needed from the sound board. One for a laptop connection and the other for a wireless microphone.
The two cables that need to be run from the board to the stage are simply two regular XLR microphone cables.
Feel free to ask any questions as we want to accomodate in any way we can to ensure the best outcome.

Learning to sing in clubs at 15 was a great training ground. Of course you would always try to emulate the original artists. I cut my teeth singing the full spectrum of tunes from Jim Reeves to Marvin Gaye to Aerosmith. The journey from small little pubs in Minnesota and the midwest to 20,000 seat arena's has been an exhilarating journey to say the least. It's been a great ride!

As mentioned before, the sound system is critical as the quality is very instrumental in Mitchel's program. It also has to have at least reverb available as an extra effect. Please let us know what kind of sound equipment will be provided, if any.