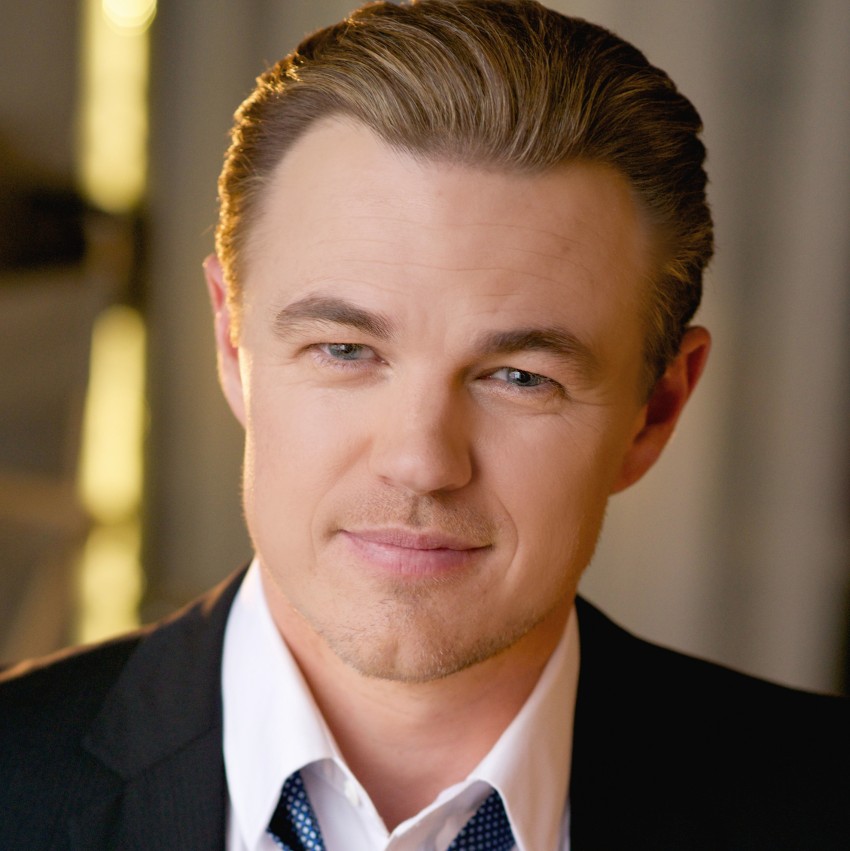 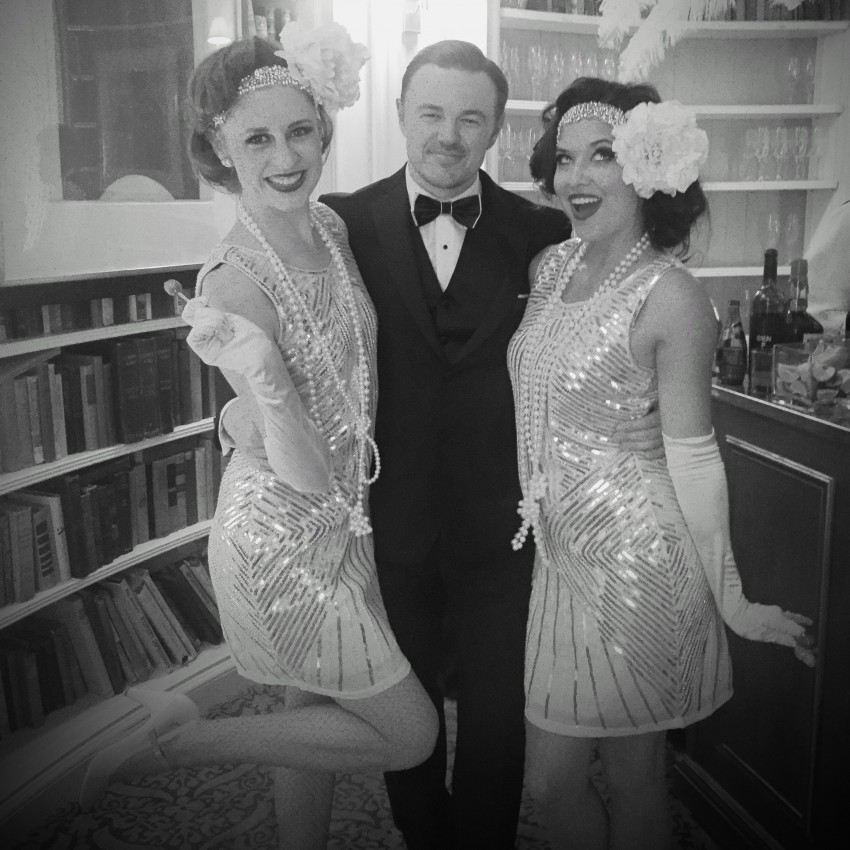 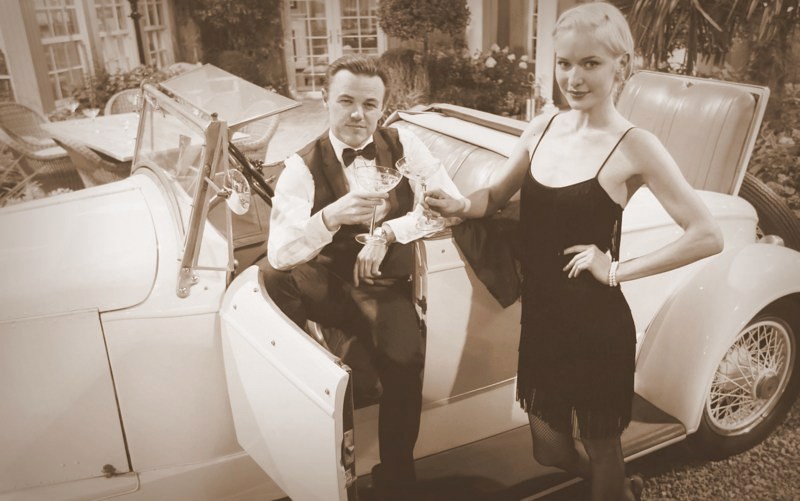 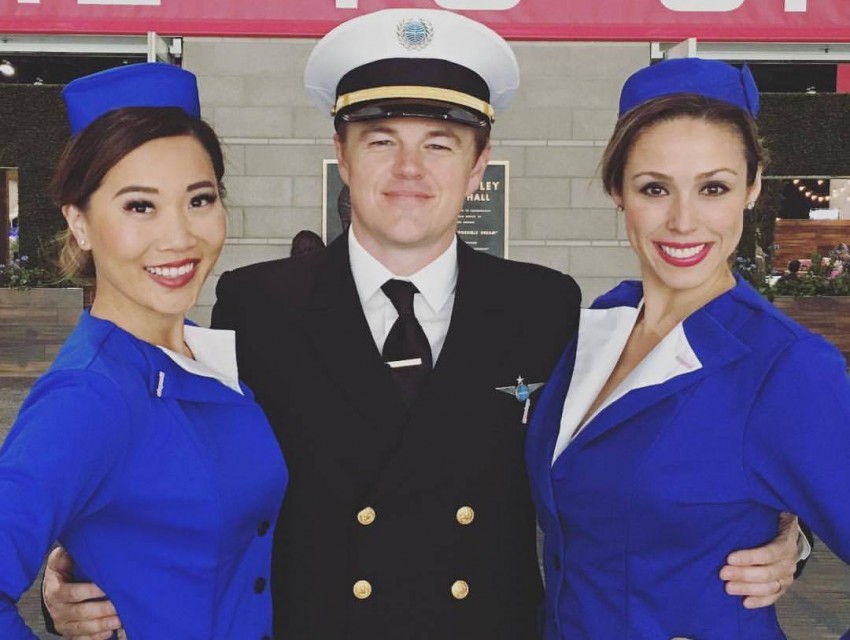 'Catch Me If You Can' Trade Show Performance 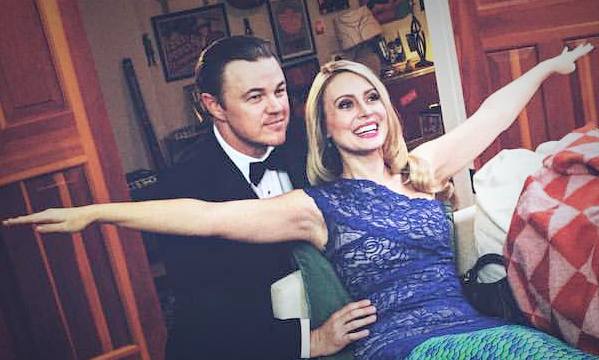 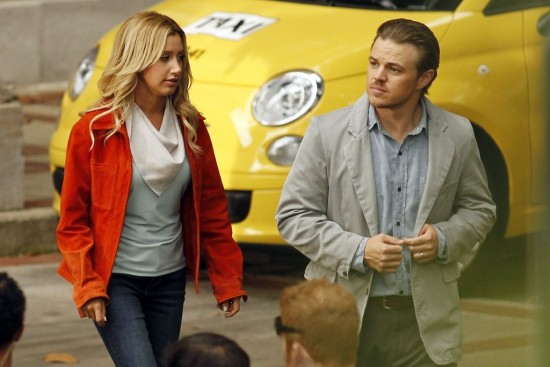 On the set of 'Scary Movie 5' with the star, Ashley Tisdale 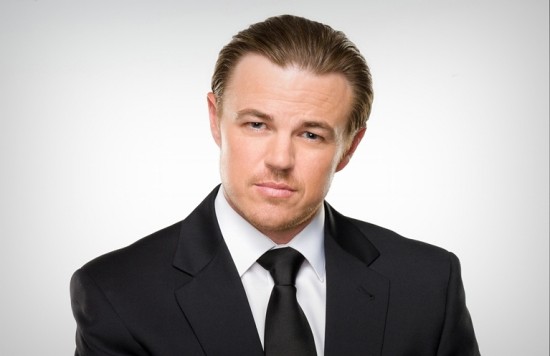 You saw his critically acclaimed impression of Leonardo DiCaprio opposite Charlie Sheen, Lindsay Lohan & Ashley Tisdale in Scary Movie 5 which opened in theaters worldwide this year...now you can book Ben Cornish for your next Corporate Event, Private Party, Trade Show or TV Commercial.

Ben is what you would call a "Dead Ringer" for Leonardo DiCaprio. He is typically mistaken for Leo multiple times a day and has been ever since Titanic premiered! In addition, as a professional actor based in Hollywood, Ben has trained with top acting and vocal coaches to master Leo's distinctive voice and mannerisms. The sum total is an uncannily accurate impersonation of Hollywood's brightest star!

Made for the BEST Zoom Birthday EVER

Ben (aka Leo) joined myself and a few friends for a little birthday zoom session. I told my crew a special guest was joining but nobody knew who it was. My girlfriend is a BIG fan, and was BLOWN AWAY when Leo came on! He was such a great sport, he spun some tales and related to bits of Leos career and history that was amazing to hear about! He raised a glass with us and really drove the whole experience. BIG TIME RECOMMEND.

Thank you so much for the thoughtful and kind review, Bob! I really appreciate it. It was such a pleasure to help celebrate Ania's birthday and to entertain all your friends as Leo (virtually)! What a fun group! Seeing the look on everyone's faces when I first popped into the Zoom call was truly priceless:) Thanks again for bringing me in and all the best to you both!! Cheers, Old Sport!!

I hired Ben for a extravagant 50th birthday party I was planning and my clients, and myself couldn't have been happier with his performance and spot on impersonation of Leo! He was an absolute pleasure to work with on the front end and was very prompt to respond to emails and super professional. I had a lot of vendors working my event and when they saw Ben walk in their jaws dropped and everyone was asking, "Is that really Leo!?" He fooled everyone and even I had to do a double take! haha! Thank you for making this party extra special for our birthday girl and her guests Ben!

Was not able to book him but not because of his availability. Of all the contacts I requested for a business party event, Ben was the most personable and flexible person I delt with. Very classy! Still can’t believe he was willing to attend a business dinner as my personal escort with such short notice. Very prompt and kind communications. Wow! If I could have managed the details, I would have in a heartbeat! A true gentleman! Highly recommend for any event. A true professional.

For the past 5 years, the Fox Foundation has held an OTRC (On The Red Carpet) event to raise funds for the Arts on Awards Night! This year, Ben was there to assist our Joan Rivers, and he was a hit! He kept a clear focus, made announcements, interacted seamlessly with guests, taking pics with them, making conversation and truly representing Leo’s character knowing details about his life and career. A class act! I would highly recommend him for any party—corporate event—or important function. He’s the real deal!

Thanks so much for the terrific review, Scott! I really appreciate it. It was so great to meet you at that amazing event. Here's to the continued success of The Fox Riverside Theater Foundation and its fantastic mission of bringing the arts to under-served communities!

Leo was a Dead Ringer

Ben was the closest personification of Leonardo that I have ever witnessed. For our private Christmas party, Ben was gracious and moved among the invitees with grace and purpose. I highly recommend his unique services.

Ben was very professional throughout the entire process of our firm's holiday party. He was pretty spot on and people really enjoyed his character.

Great addition to any event!

Ben is extremely professional and very personable. The smiles on our guest's faces said it all. A great addition to our event. I highly recommend.

I planned a surprise for a 300+ person wedding to have Ben come in during my speech and surprise/trick everyone into thinking I got Leo to come give a speech. Everything went so according to plan. Ben stayed out of site and hung around till it was time for the big reveal. And when he came out everyone freaked out and thought it was him! Even the day after the wedding people were texting asking how I got Leo to come. I am beyond happy with the turnout.

Ben was super cooperative and very easy going. He brought ideas to the table to make the surprise more fun/interesting. All good positive vibes. Couldn't ask for a better experience. Thank you thank you thank you!

Ben was so great as Jay Gatsby at our roaring 20s event. His appearance was the hit of the party. He is very comfortable roaming the party, talking to guests and giving a toast. The party was a huge success and Ben had a lot to do with it! His resemblance to Leo had many people doing double takes and everyone wanted a selfie. Highly recommend!!

The Perfect Addition to Our Awards Banquet!

Ben was a last minute addition to our Oscar themed Awards Banquet and he made the evening. He did a wonderful job of mingling with our guests and posing for photos. He quickly adapted to the culture of our event and his improvisations during the ceremony were spot on! A great investment and highly recommended.

I am always hesitant to book impersonators but Ben certainly made me rethink that. Spot on with both his look, mannerisms and voice. Would defiantly rebook him and recommend him to others.

Ben did an amazing job at our Gatsby themed adult holiday party for our private membership club. We had approximately 3,000 attend the event and Ben did an amazing job. As in the previous post, Ben's demeanor and mannerisms were on target and mesmerized our members. He was nonplussed by the large crowd, all of whom wanted personal photos with Leo. Highly recommend Ben for your event!

Perfect impression, perfect to work with

My wife is a HUGE Titanic fan, so for her birthday we had a Titanic themed party with Ben providing the star power. He showed up on time, made a surprise entrance in a great costume, and spent the night taking photos and chatting up everyone in character. He looks just like Leo, but it's the mannerisms, smile and demeanor that really sold it for my wife and her friends. We must have taken a hundred "king of the world" pictures that night, so now my wife's screensaver is her with another dude!

Ben was really easy to work with, prompt with all communication, and on time.

The added bonus afterwards was watching him in Scary Movie 5 - he played Leo's character from "Inception" in it, and his part is pretty big. So everyone got to meet a guy who looks like a huge star, but is also the real deal himself in movies too. Great night, highly recommend.

Spitting image of Leo, excellent to work with

Ben is the spitting image of Leo, and what's more, he's an incredibly talented actor who does an uncanny impression. He's wonderful to work with. Beyond being professional and dependable, people love him when they meet him. His calm demeanor, great sense of humor and groundedness means that he can connect with anyone. I've worked with him many times, and it's always a joy. Whenever I'm around, I'm shocked by the amount of double-takes and requests for photos that he gets from strangers.

Here's what the critics have to say about Ben's impression of Leonardo DiCaprio in Scary Movie 5:

"The guy playing the DiCaprio part (Ben Cornish) actually does a pretty terrific Leo impression. I would watch an entire movie of this guy playing Leonardo DiCaprio."
--The Huffington Post, Mike Ryan

-- You are throwing a Great Gatsby themed corporate event and would like Jay Gatsby himself to be the gracious host to greet and take pictures with your guests.

-- Women love to get "Titanic'd" in photos!:)...reenacting the iconic image of Leo holding Kate Winslet as she leans over the bow of the mighty ship with her arms outstretched . This is a great traffic draw for your trade show booth or a fun treat for your private party.

-- Are you spoofing one of Leo's classic scenes in your TV Commercial or late-night talk show? Ben is a seasoned Hollywood actor with roles in blockbuster films like The Dark Knight Rises and hit TV comedies like Showtime's Shameless among others. He can help you create an accurate and funny parody that will garner attention.

-- Leo is known for his passion for causes he believes in and often gives speeches on behalf of the charitable foundations he supports. Ben is also an excellent public speaker and can work with your team to bring Leo's distinct charm and presence to emceeing your events or delivering customized speeches at your corporate meetings.

--Ben has been added to a record 16 independently created lists of stars that look alike on IMDB: http://www.imdb.com/lists/nm2487301?ref_=nm_rls_sm