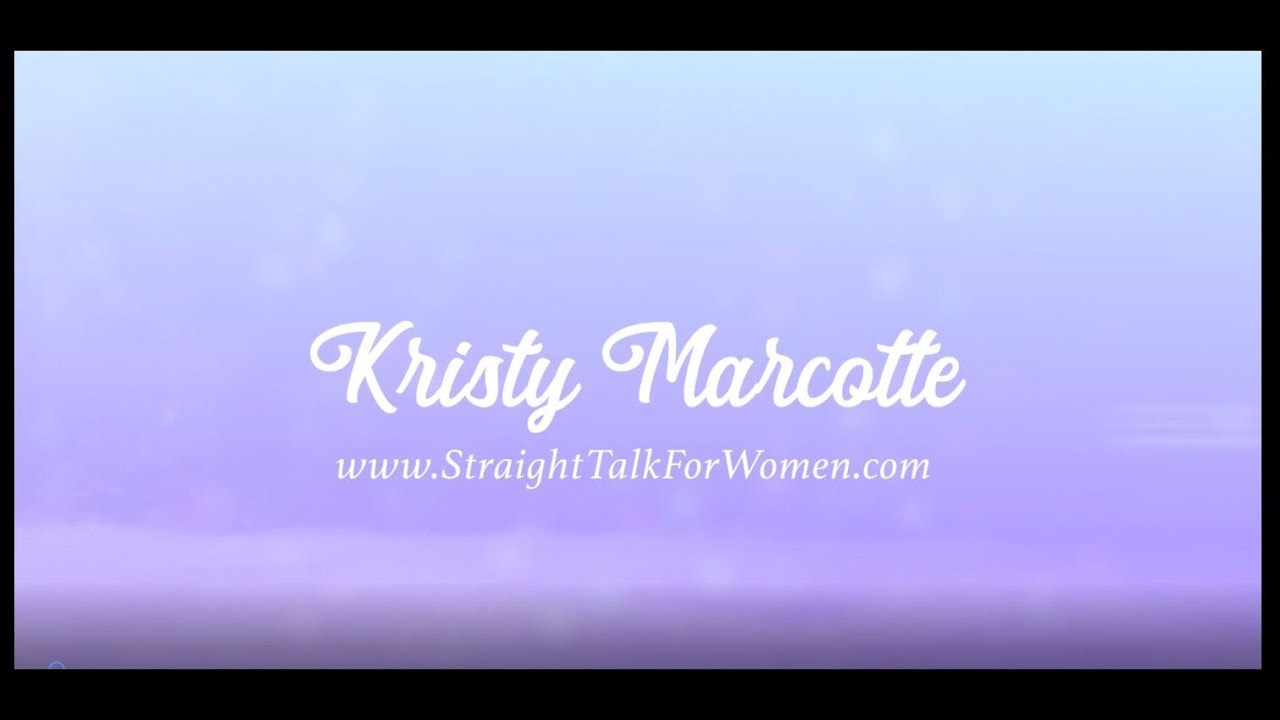 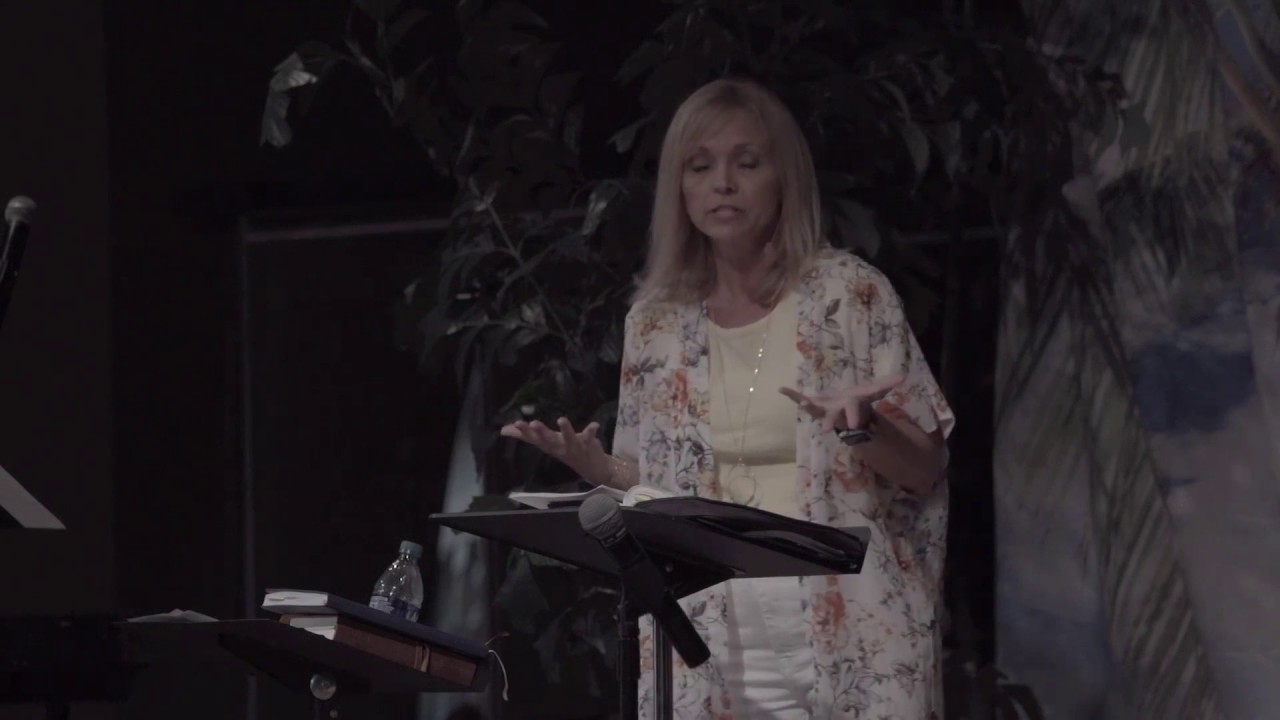 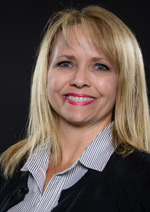 I'm a speaker, writer, and ministry leader who is passionate about helping women strengthen their faith, family, and friendships! If you're looking for an engaging, funny, and motivating speaker for your upcoming women's event, I'm your gal!

Amazing woman of God who fills your spirit with Hope!

I want to thank Kristy for her obedience to God's calling in her life as she helped save my marriage and me as a woman, wife, mother, daughter and friend and most importantly child of God. Kristy helped open my eyes through her marriage classes which were taught through scripture and her own life experiences. I related to Kristy and her teaching immediately and took her class for a couple of years. I had no connection or friends in the church and her class is right where God planted me. It has been over 4 years and I have made life long friends with Kristy and the women in her class. We lean on each other and hold each other accountable. I am in awe of God and all He has done in my life. I know God directed me through my prayers to Kristy's class and gave me exactly what I needed in my life. Kristy has drawn me closer to God in my walk and helped me to see myself differently. You are an amazing teacher, speaker and friend in my life! I know God is going to continue to bring women in your life just like me where He can work through you to help them. Thank you my dear friend for all you do!

When I Pray...Words of Wisdom

Love hearing Kristy speak about her life experiences and how God saves all who are broken. Life and marriage are hard - it's such a blessing to hear from someone who has been through similar circumstances...and overcame. Look forward to hearing her speak again.

I appreciated your talk. the notes helped us follow you. Your message was very good to help people get started and spend productive time with the Lord. As far as helping you improve: I heard several people comment that you kind of got side tract. For myself, I was sitting at the back of the room, I felt you did not project yourself to the back.I don't know how to say what I mean but its a big room to reach the people at the back. You did a good job and we would like to have you back.

Thank you so much Donna!! Your review is so very helpful! When I get specific feedback, it helps me know exactly how to improve! I so appreciate all of your comments!!

Don't know if you remember me Kristy, I was the tall gal who came to your table after your speaking at Gold Coast Church in Cali 's ladies louncheon. My table was next to your table with your books. We hugged and I said I could relate to everything you said that day. I have been so blessed by your book, it has been a God send for me during my troubled time in my life. I have valued your input greatly. I love the keys to unlocking treasures in trials. Words can not express how clear they were and practical for my life as it is now. It has encouraged me and drawn me back to the arms of God. To restart my journey with him. It's has been the right tools to get me going on the right road again. Not that I was on the wrong road. But the trials in my life right now have taken a toll on me and my emotions which I allowed worry to surface and was drawing me downward with no hope, Or little hope. I was being crushed by the pressures in my life that seemed to be going haywire. But, your message and book and notes have helped me start again to walk with God as I have for many years. When a curve ball hits it throws you off so much that you just do t know where to turn and you get so caught up in how can I fix it myself and fail again and again. The Lord has brought your message to my heart to revise my ways with God again and for that I am eternally greatful. You seem like such a down to earth person and I love that about you. You were very easy to understand and I'm so very glad I met you, kristy. Your friend in Christ , Cindy ( Cynthis) everyone calls me cindy..

Oh my Cindy!!! Your words of encouragement are so amazingly kind! I would love to take credit for you drawing close to God again but I just cannot. I’m sure it was God drawing you back to Him! I’m just grateful He used my words and my story to help you along!!! Thank you so very much!!!

What an amazing motivational speaker

Kristy is an inspiring Christian speaker that was a pleasure to listen to every time I attended one of her sessions. Each week she spoke to a group of ladies, and her words of wisdom guided myself and many others to walk in Christ’s path in our marriages. Anyone would be lucky to have Kristy speak at an event, and to listen to her words of wisdom.

Awe! Thank you for your kind review!

I attended a married wives support class that was headed up by Christian speaker Kristy Marcotte, through my church. Kristy wrote her own devotional content for the class. The tools and Christian support and advice that she gave our group was and still is very helpful to me and is helping make a difference in my marriage. Kristy is a knowledgeable speaker, great writer and a great supporter of marriage. She has a great faith in our Lord and loves to share it. I would recommend Kristy to speak for any women's function.

I'm sure she is an absolutely TERRIFIC person; she certainly has perseverance and has been through a lot. As far as a paid speaker, she needs a lot of polish. Every professional speaker knows there should be an opening, meaningful middle (without repetition) and strong ending. Her speech lacked all three, and she didn't have her stage set-up ready. It was awkward. Having said that, as mentioned above, I have no doubt she is an amazing, lovely, Christian woman.

As soon as I saw this review I was mortified that I had disappointed someone. But after much prayer and yes, a few tears, I decided to dissect every word in order to learn as much as possible.

First, clearly, my opening, middle and ending statements seemed non-existent so I've worked on being much stronger in my delivery of each. Second, I've learned the importance of practicing ahead when using A/V equipment for the first time. I remember that causing several hiccups. Ugh!

Lastly, from now on I plan to be sure to ask that the podium be set up before going on stage. Though painful at first glance, I am grateful for this review now because It's helped me finetune my skills to have greater impact! :-)

Kristi provides the insight that saves my marriage

Kristi's lecture series provided the insight that saves my marriage. Her speaking style combines word pictures with personal experience and knowledge that I identified with. She is compassionate and dedicated to saving marriages. She is fun to listen to. She brings visual props and images that help making the topics interesting. As my husband and I get along better, far from where we were heading before I met Kristi, I continue to attend her lectures because I enjoy learning from her. I highly recommend Kristi as a lecturer.

I look forward to listening to Kristy every week!

Kristy has a gift from God and she is using this talent to help her fellow wife's. Kristy is very down to earth, kind, authentic, compassionate, professional, informative and keeps you wanting more! Kristy is a wonderful speaker and I know God has a plan for her in this field!

Thank you Jill!!! Your review is very much appreciated!

Kristy Marcotte is an Amazon best-selling author, women’s speaker, and blogger who uses her personal story with a touch of humor to share tips, tools, and God’s truth for successful living.

Kristy accepted Christ as a child, but during her teen years stubbornly chose to do things “her way”. Her poor choices resulted in dropping out of high school and pregnant by age twenty.

God’s amazing power to turn mistakes into miracles and His sense of humor became evident when she discovered she was expecting TWINS!

Shortly after the twins’ first birthday, Kristy and their father were married but hurt and resentment from their rocky start began to destroy the relationship. After being separated not once, but twice, both realized that serious help was needed if there was any chance of saving their marriage.

After several years of marriage counseling, completing a recovery program at their church, and large doses of prayer and determination, they gained a deeper faith and new tools to strengthen their marriage.

As a result of her personal trials, she’s become a passionate advocate for one of God’s precious commitments - Marriage. Unfortunately, the U.S. continues to experience close to a 50% divorce rate annually.

Kristy and her husband were almost one of these statistics. Thankfully, with God’s help, they have been married now for almost 25 years and share a much deeper commitment.

Besides being a wife and mom of three daughters; Kristy has also led a marriage support group for wives to help other wives strengthen their marriages.

Recently, Kristy’s husband retired from serving 28 years in law enforcement. After having lived in Southern California since 1989 and calling Saddleback Church their home since 1992, they felt God calling them to move to the Midwest.

In spring of 2018, Kristy and her husband purchased property in the Kansas City area and are building their dream home.

In her free time, Kristy can be found at various local sports parks watching her nieces’ and nephews’ games, or curled up on the couch with her husband and their two Miniature Schnauzers (Dexter and Oliver) watching a movie or Supercross, her favorite sport!