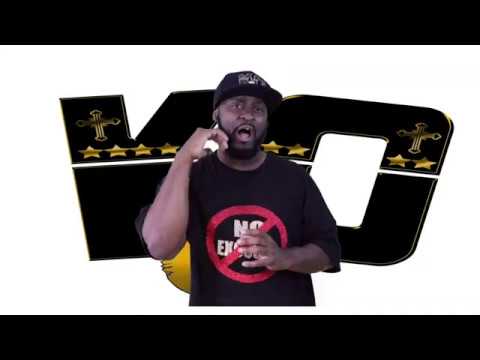 How To Go From Prison To Power

Be the first to review Kent Osbourne

You can aspect a great musical performance with a life changing message on how to go from the prison in your mind to having power over every aspect of your life.

WHO IS KENT OSBOURNE ??? YOU KNOW HIS NAME, BUT NOT HIS STORY!!!

“No matter what you have done in your life and what you’ve been through, God can use you, and the moral of this story is God can use anybody!” Kent shared.

Kent Osbourne’s dad passed away when he was just 5 and his mom died when he was 9 leaving young Kent with his Aunt. At age fourteen he found his Aunt’s rules to strict so he ran away. The streets proved to be a greater challenge still and Kent spent the rest of his childhood and young adult life in and out of county lockup until he finally landed a two year prison sentence. It’s been said that some men find a purpose or calling while locked down in a prison cell and for Kent that seemed to be true. He discovered a gift for writing rap music and performing for himself and other inmates who would listen.

Kent was released in 2000 and quickly found a new focus in transforming his writings into recorded Hip Hop for his first album and performing in talent shows wherever he could find them. By now he’d taken on the stage name “Jamerican Prince” with a steadily expanding fan base. During the same period, as his career began to take shape, he lived the life of a bona fide street hustler, hustling drugs and recording rap CDs. Kent’s first single, “Ball Till They Pour Da Dirt” blew-up in 2001 along with it’s widely viewed video causing a buzz. He dropped “Ball Till They Pour Da Dirt” the album shortly after which became the main topic of conversation in the industry.

Kent teamed up with Grammy nominated super group “Field Mob” to record his second single “Thangs In Da Club” which impacted the music scene far beyond the city limits and with solid airplay he woke up the state of Florida. Riding the crest of his new found popularity he dropped his second album “Claiming The Throne” which focused on his life growing up in the hood, with tracks like “Oh Say” about 2 of his child hood friends that burned to death in a car fire, and “Lil Momma” dedicated to his deceased mom.

Kent has opened for several artists on tour: Lil Wayne, Juvenile, Mystical, Kia, JT Money, No Good, Pastor Troy, Field Mob, Trina, and many others. Not letting the buzz grow cold he teamed with Hitmen DJ Billie Rankin and recorded his next single “Hate Dis” featuring Pastor Troy for his third CD, “Real Niggaz Do Real Thangs.” Kent broke his way into the industry with a heavy touring schedule throughout neighboring states while selling CDs out his trunk to more than 10,000 fans before signing a distribution deal with Matordor/IMG/Universal. Kent’s world once again hit a roadblock, while working on his debut album he was sent to prison for the second time on violation of probation.

While incarcerated this time he found a higher calling, turning his life over to God after discovering that there’s more to life than stone walls and prison bars. He was in need of true guidance and found it in his savior. Tired of the lifestyle he was living Kent found peace and comfort in writing gospel rap music and performing in the prison church. The feedback from guards and fellow inmates were tremendous, it seemed everyone enjoyed the new sound as prophets reached out encouraging Kent to travel the world where he could reach the youth through his unique music and change lives.

Pasture McLure of Promised Land Church welcomed Kent following his release after 8 months of incarceration. In Pastor Mclure and Promised Land Church Kent found a new community to call home where he’s developed his own ministry entitled "Generation Changers." Through his word and rap Kent is able to share his message with the world. Kent has received countless awards and accommodations for his work in the community especially at the many detention centers he has shared his story with. Kent received a special award from the sheriff for his annual return to the city to work with different organizations. Kent is now working on his first gospel album with the mission of saving as many souls ,both young and old through his words no matter what the cost. With Kent's new single "I'm Betta" making waves across the world. He is living proof of his saying, “Life is an experience to be enjoyed. I’m a perfect example that God can use anybody.”