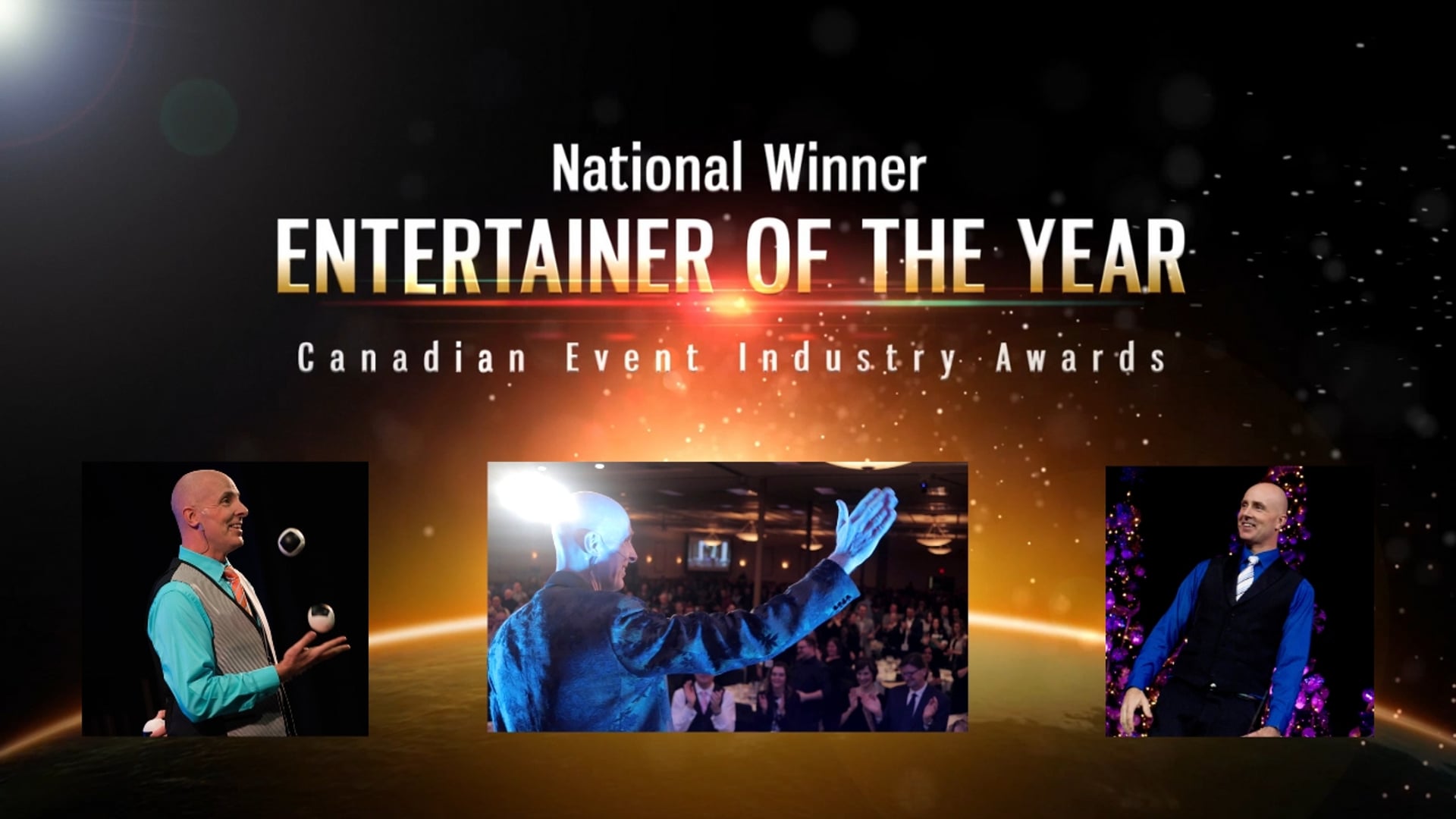 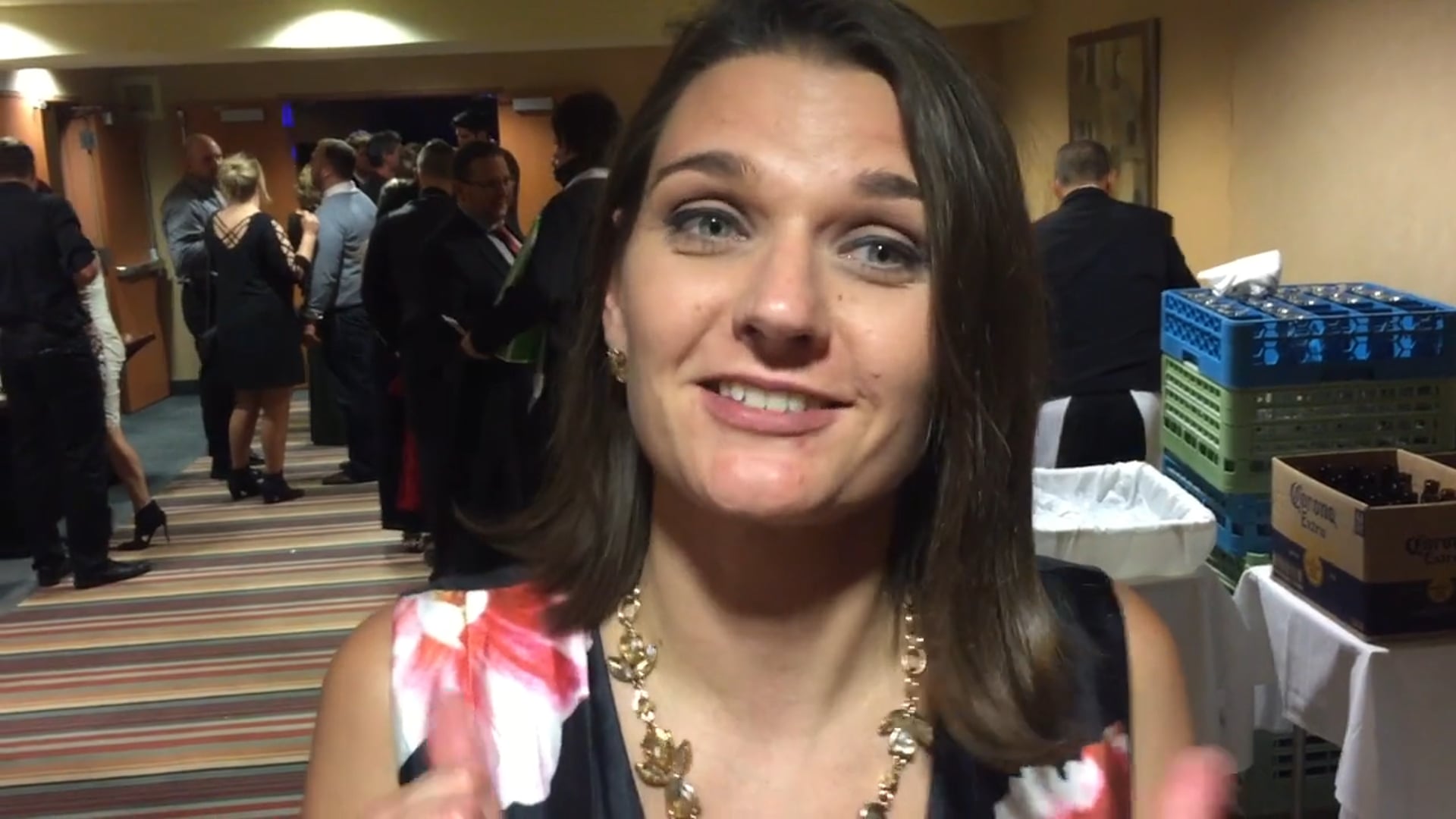 "The most entertaining show I have ever seen!" 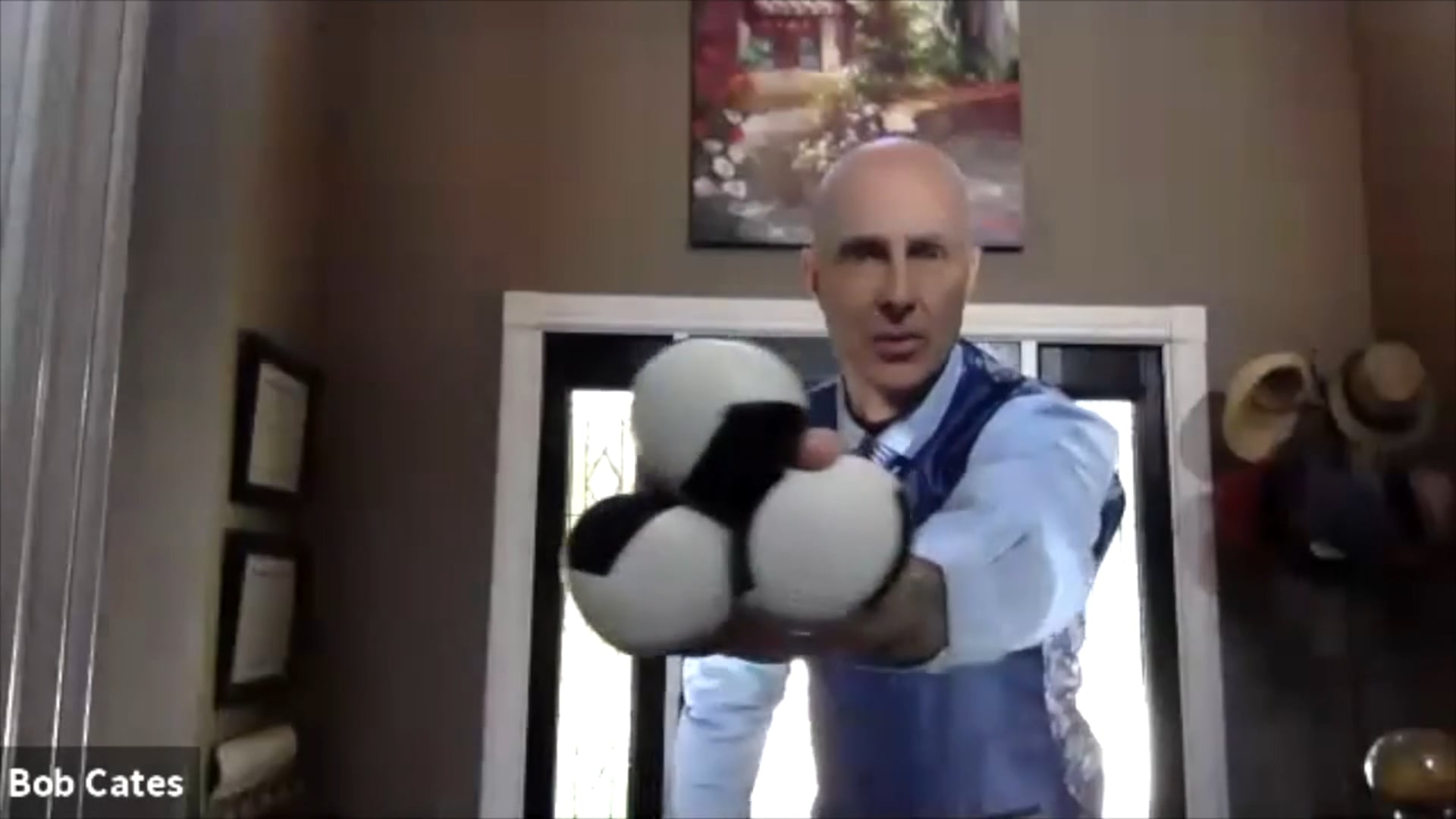 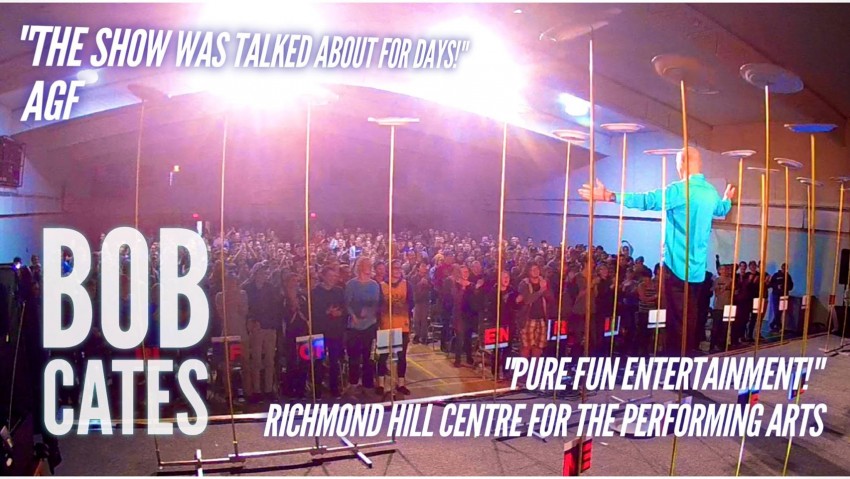 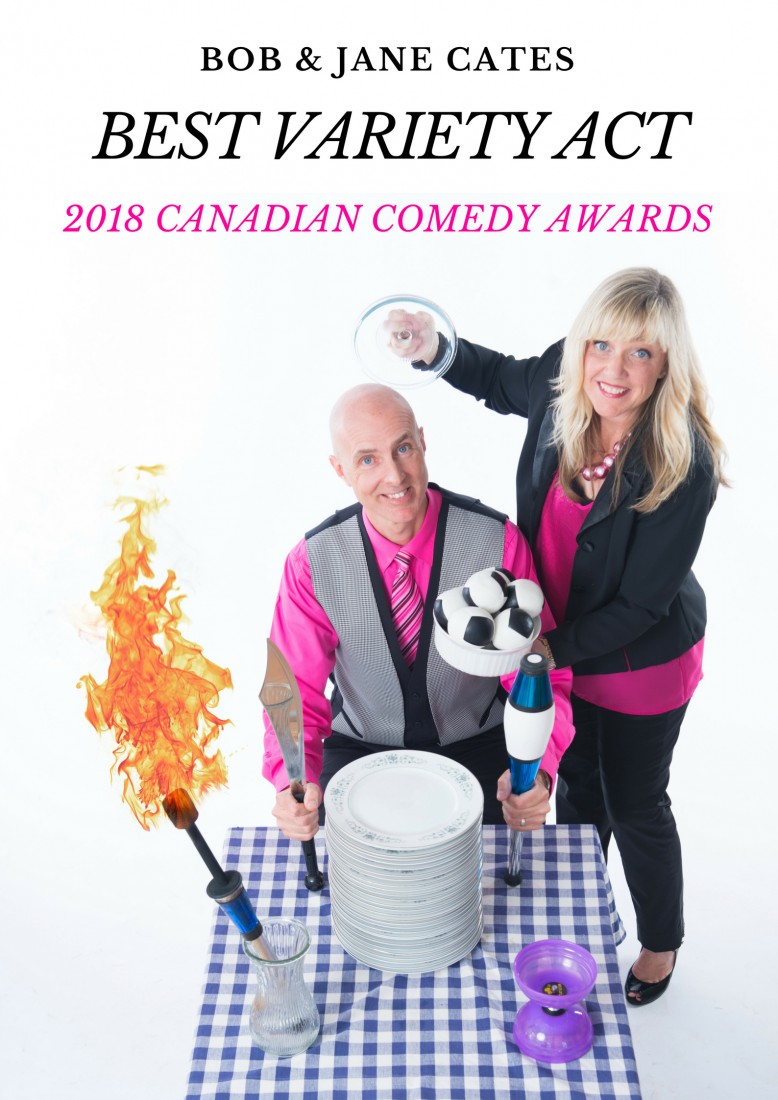 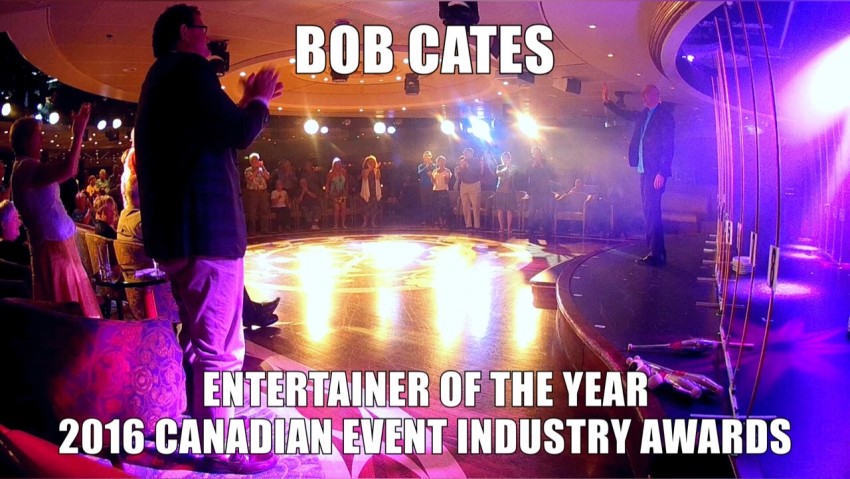 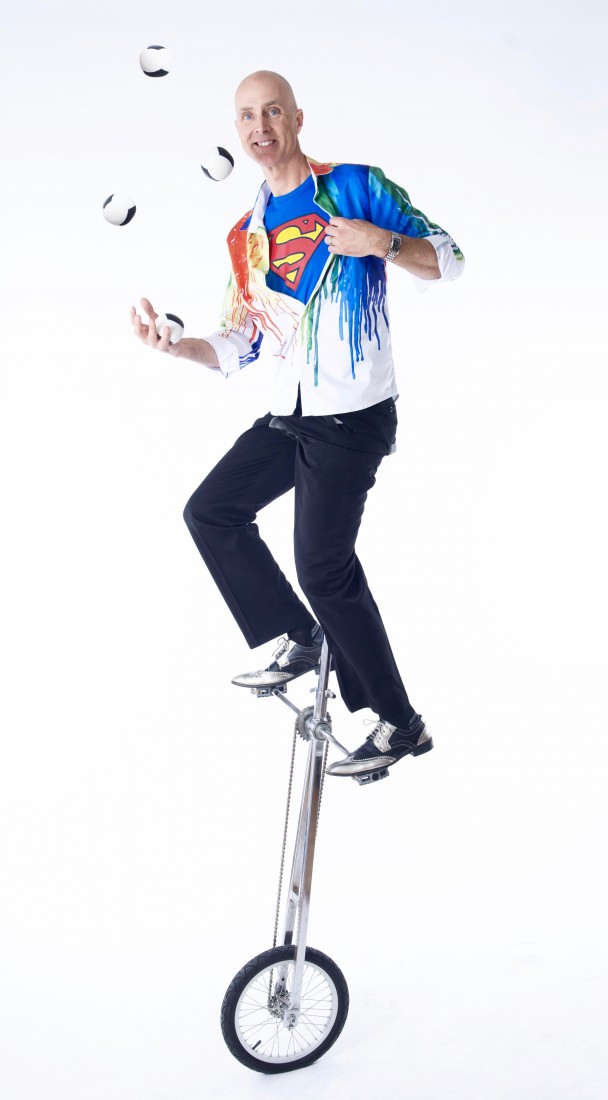 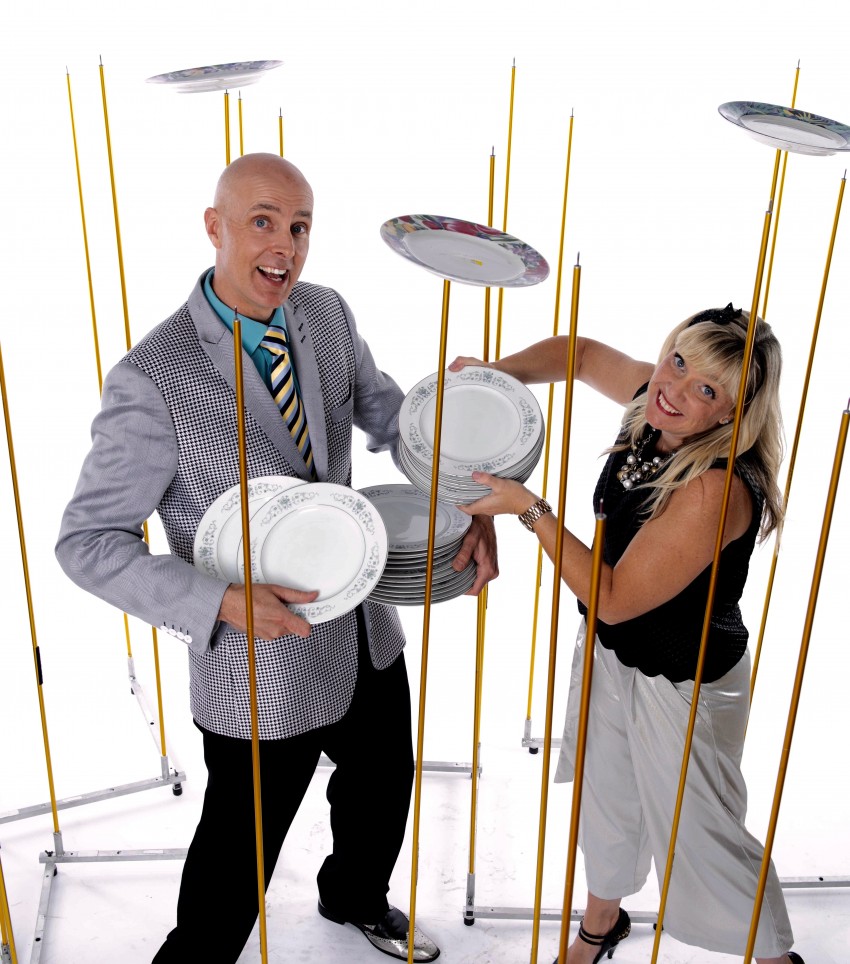 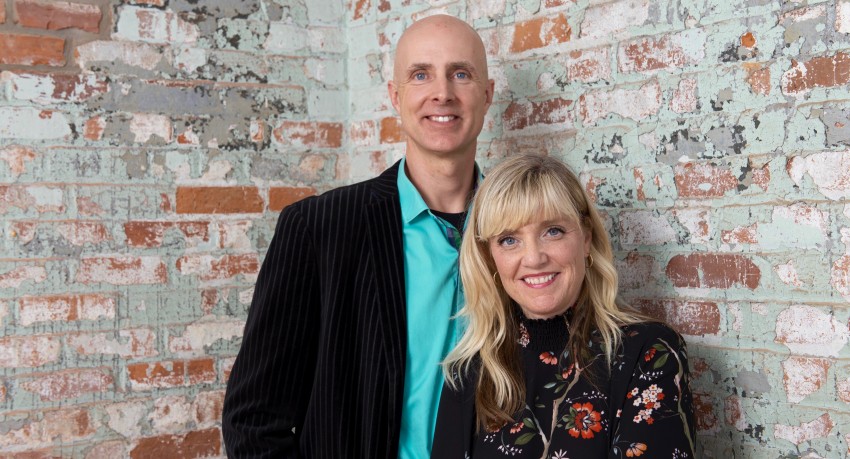 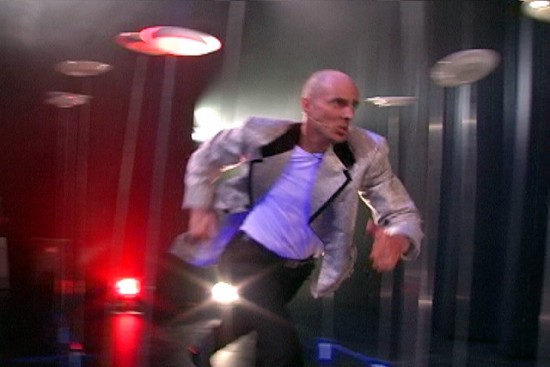 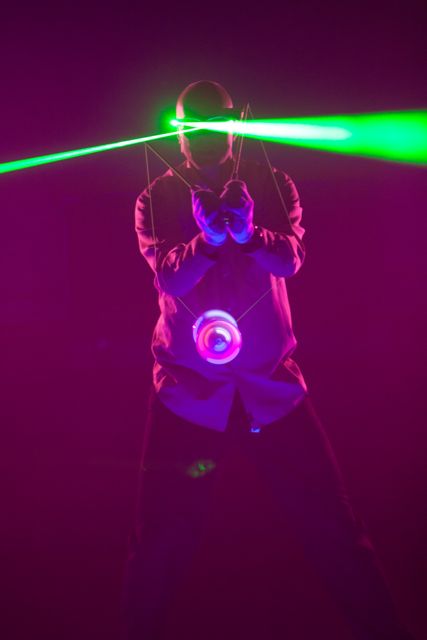 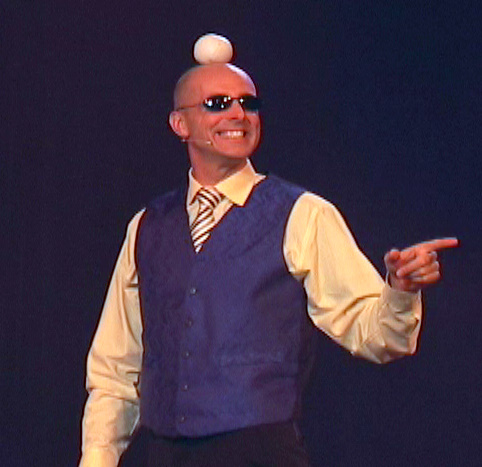 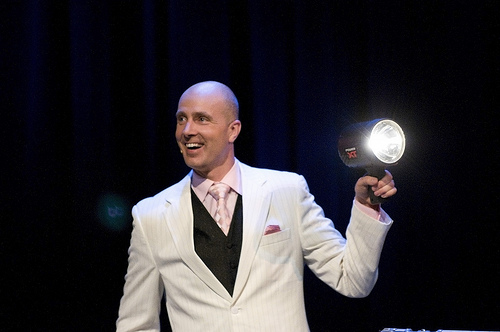 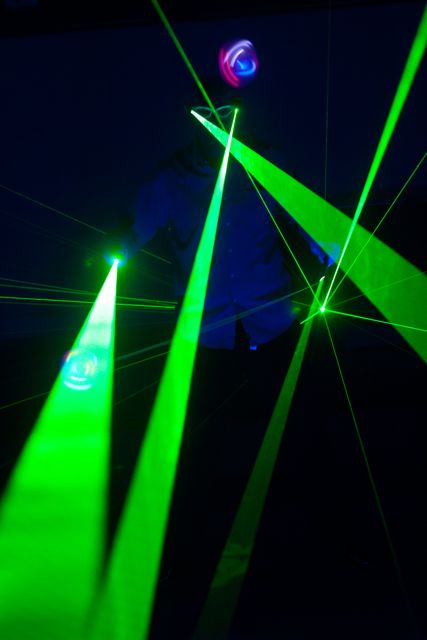 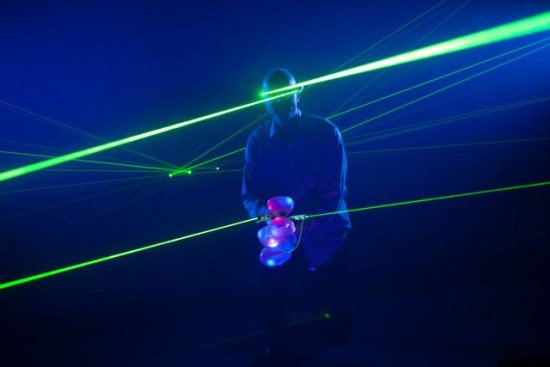 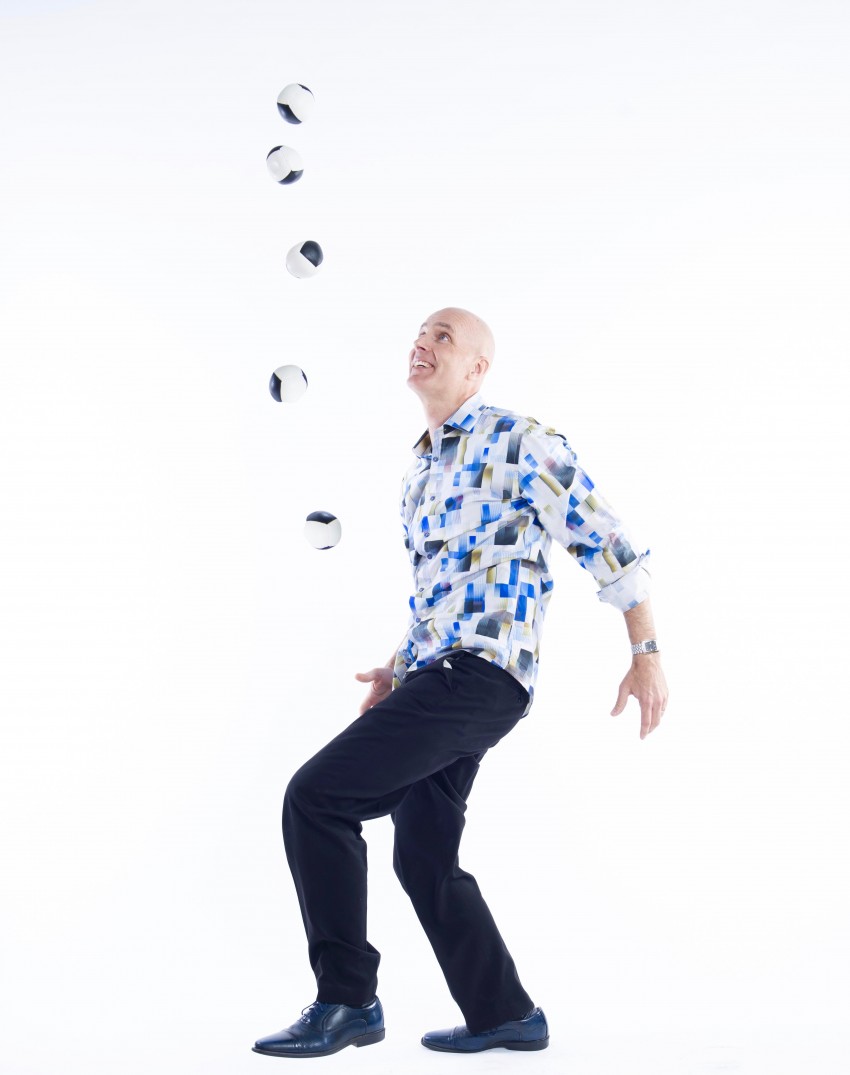 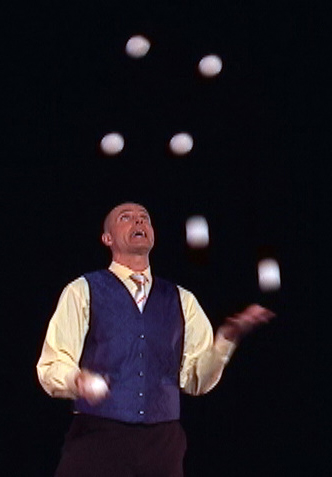 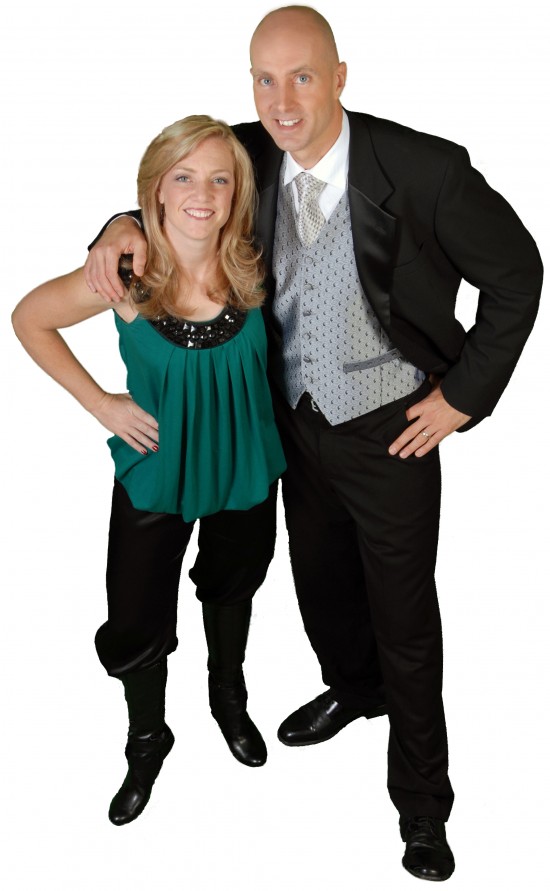 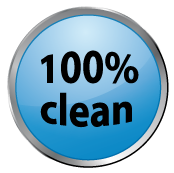 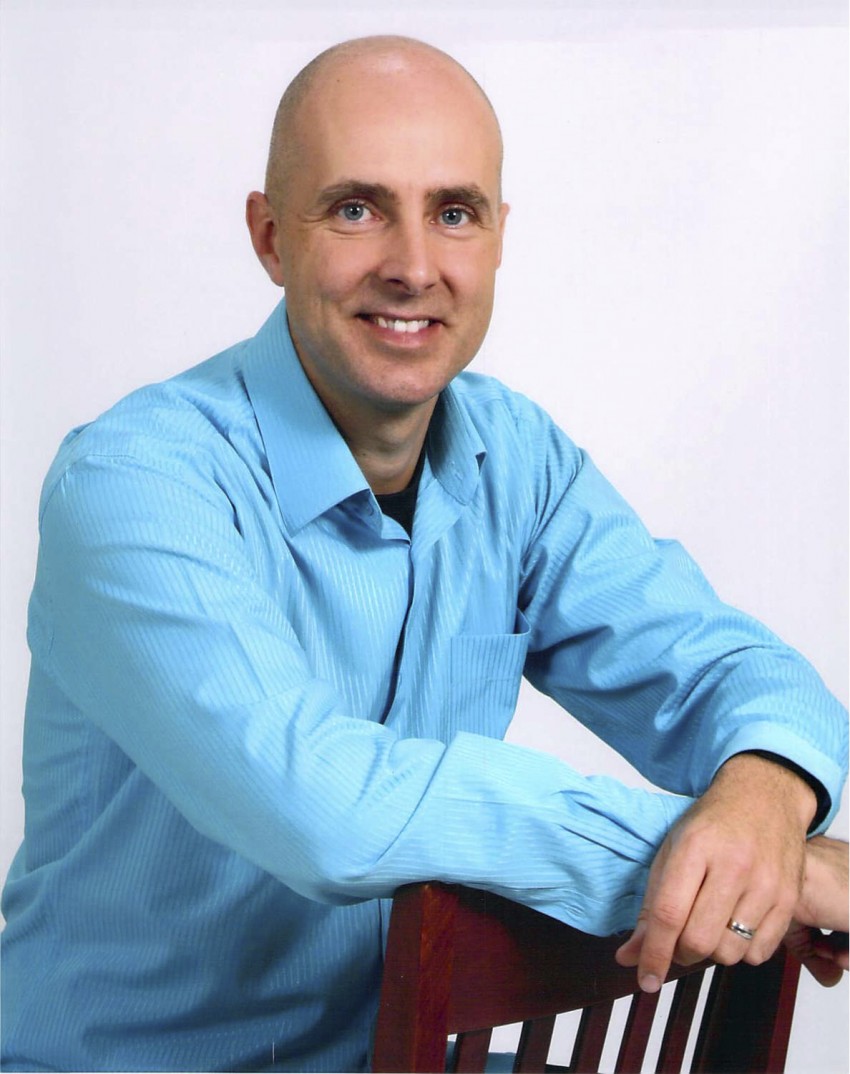 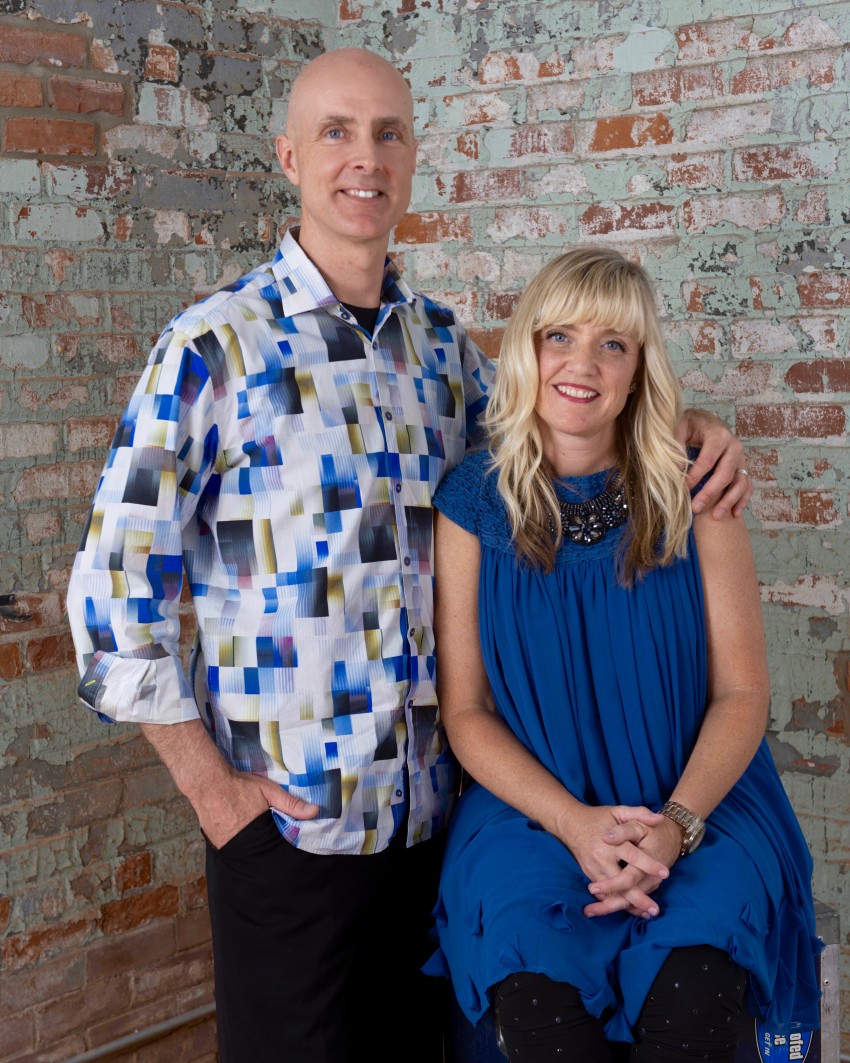 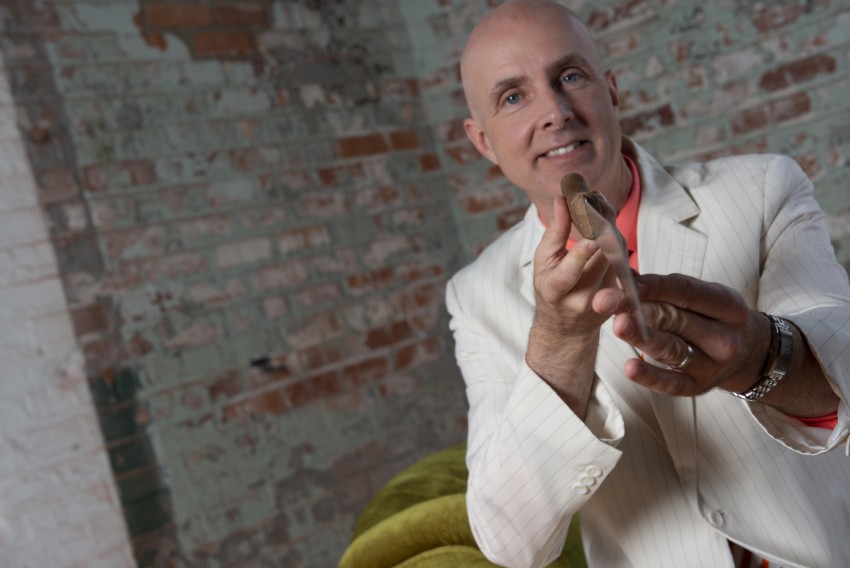 This is the second time that i have booked Bob Cates and will do it again! The event was a well attended congress at the Fantasyland Conference Center in Edmonton and Bob captured the crowd and added energy and "sparkle" to our event again. He is a true professional, easy to work with, flexible, accommodating and always hits a home run with his brand of world class juggling and humor. He had us all rolling in the isles.

An Absolute Hit with a Diverse Crowd. A Standing Ovation

I recently had the opportunity to work with Comedy in Motion for a corporate event and I must say that this whole process was a smooth transition from start to finish. They were extremely organized and detail orientated, when asked to incorporate some of our organizations strategy into the act there was no hesitation on their part and they were able to work it in ever so seamlessly. They arrived right on time, set up was quick and quiet, they were very easy going and a real pleasure to work with.
After an all-day strategy event the audience was delighted to see our mission and values worked into the act. Feedback I have heard is that the show was entertaining and hilarious, an absolute hit with such a diverse crowd. Everyone loved that the show was interactive including audience remembers, showing our fellow colleagues in a different light when put on the spot. The show ended with a fantastic reference to our days overall purpose that was followed by a standing ovation.
This show was a crowd pleaser being polished, clean and captivating. There was great variety to make everyone smile and it built up the energy up in the room. I would recommend this show to anyone, especially those who are looking for great entertainment for corporate functions.

Great addition to our Conference

Bob & Jane Cates' Comedy in Motion presented their shtick at our Seniors Ministry Christmas Outreach Event last night. He was interactive and engaging with the audience, wowing them with his juggling, balancing and unicycle skills, and making humorous quips and comedic commentary all along the way. He presented a clear, simple explanation of the Good News of Jesus being the reason for season.
Many wonderful comments from our attenders. Thank you!

COM is very organized and works with you on all levels to deliver a polished event. Their communication and attention to details are impressive providing excellent guidance for prep and delivery. The audience loved the show and felt that it was a great culmination to the day's activities.

I've seen him juggle a baby!

The title doesn't lie folks! Bob Cates and his lovely wife Jane pull off an incredible show time and time again. If you ever feel like having a date night with your significant other, or maybe you don't want to be on the couch eating burritos in your basement, then go grab some tickets to watch Comedy in Motion in action! Or better yet book them at your local establishment so your friends can see, you won't regret it!

We recently hired Bob & Comedy in Motion to do a show at our Stayner Family Camp 2017. Once again, Bob delivered a high-energy, professional display of his incredible juggling abilities, along with clean family fun that everyone enjoyed. Bob is such a delight to work with, and totally understands what it takes to pull of a successful event. He is always concerned about providing quality entertainment, and comes across very comfortable in front of any sized crowd. The other thing I appreciate about Bob is his willingness to be flexible and try new ideas based on venue size, crowd demographic, etc. We will definitely use Bob & Comedy in Motion again!

It was a pleasure to have Bob and his wife participate in our Christmas program for our staff of volunteers. The room I am sure was not exactly conducive for him to do his program. However, having said that he did not allow that to deter him from giving an excellent program. It was definitely enjoyed by all.

Bob Cates is a Canadian Juggling Champion, clean comedian and physical variety artist. Bob grew up on a farm, and his small town charm, clean comedy, and witty sense of humour have won him fans all across the nation. He keeps the crowd laughing with fast paced comedy routines involving advanced juggling, wild unicycling and balancing skills, and an insane real plate spinning finale that has to be seen to be believed. Bob was awarded National Entertainer of the Year at the 2016 Canadian Event Industry Awards and was recently awarded “Best Variety Act” at the 2018 Canadian Comedy Awards.
A 1 hour show that gets a standing ovation, every time!

Bob and Jane Cates of Cambridge Ontario have been named Best Variety Act in Canada by the top comedy organization in the country. The Canadian Comedy Awards which presents awards in many categories including Best Stand up Comedian, Best Improviser and Best Television Performance awarded the “Comedy in Motion” show top honours for their clean, funny and mind-blowing variety show.

The husband and wife duo perform their show at corporate dinners, banquets and gala special events, as well as headline on cruise ships. In addition, since their show is squeaky clean, they perform many shows (and often speak) at churches, ministries, and family events.

As a former Canadian Juggling Champion, Bob doesn’t just tickle the audience’s funny bone as he jokes all the way through the show. He makes sure they see some seriously amazing tricks as well. Parts of their show include advanced juggling, wild unicycling and balancing skills, black light laser effects, illusion and an insane 24 plate spinning finale (using real breakable plates) that you will remember for a long long time. The Comedy in Motion show is like a cross between Jerry Seinfeld and Cirque du Soliel, and involves a great deal of physical skill which has taken years to hone. They are one of the few acts left in North America performing authentic plate spinning – their signature piece. Overall, the show is very fast-paced, highly interactive and uses situational comedy and advanced skills to keep audience members of all ages on the edge of their seats right to the very end.

In 2016, Bob was awarded National Entertainer of the Year at the Canadian Event Industry Awards after 4 previous nominations. The Canadian Event Industry Awards are widely acknowledged as the pinnacle mark of professional achievement, and the highest honour a Canadian event professional can earn. This recognition has pushed their corporate bookings to an all-time high with shows at banquets, galas and conventions with audience sizes ranging from 250 to 1000 people. Bob was also twice named “Best Entertainer of the Year” at the Molson Canadian F.E.O. Awards. He won the Most Difficult Trick Award at the RIT New York Juggling Festival and has been a special guest performer at the Israeli Juggling Convention and several National Youth Conventions in Canada and the United States.

Bob has been performing full time since 1995 and his wife joined the show and business 11 years ago when they got married. They first met when Jane hired Bob for a special event. “I wasn’t trying to buy a boyfriend!” said Jane. “We didn’t actually get together until 4 years later when we connected online.”
Bob jokes in the show about marrying in their 30s “after a long search, all across… the internet!”
Although Bob’s name is on the trophy, “It’s very much a team act and we are proud to be recognized in this way by the Canadian Comedy Awards,” said Bob. When Bob was headlining on a cruise ship in 2007, he flew Jane to the Caribbean, and proposed to her on a secluded beach on Holland America’s private island. “You couldn’t ask for a better proposal” said Jane. Bob and Jane have a fun-loving 11-year-old boy, who has already retired from show business.

Please Contact me for a technical Rider. We can provide Sound, Lighting, Mics.

“Your comedic professionalism and superb juggling ability were much in evidence and greatly enjoyed by all. I am pleased to recommend Comedy in Motion to any and all looking to significantly improve a corporate or private function through fine entertainment.

“After several full days (and nights) of meeting and socializing, it was a challenge to capture and hold the attention of the delegates at the world’s largest snowmobiling convention – but your one man show succeeded admirably!”

“I have to admit I was a bit skeptical when I’d heard that we had booked a “juggler.” Then I sat back and watched in amazement as he interacted and entertained the audience. Let me tell you from past experience, that sometimes it can be difficult to please some of these people. But they just sat in awe and watched in amazement. Everyone thoroughly enjoyed the show.”

“Bob is everything his website descriptions claim him to be and more! The only reason one might not want the show to continue another hour is that your sides ache from laughing.”

“The energy and excitement of your act was the talk of the conference. The comedy was good clean fun that audiences of every age can relate to and appreciate, with no worry of offense.”

“You continually amaze our guests and are consistently receiving incredible reviews on our comment cards. I would rate you as the best show we have had here in years.”

FANTASTIC show! Great entertainer. Bob delivered a truly amazing show and kept the guests entertained from beginning to end. Standing ovations for both shows. Sometimes even after a number. Especially the Dance Revolution Juggling bit.