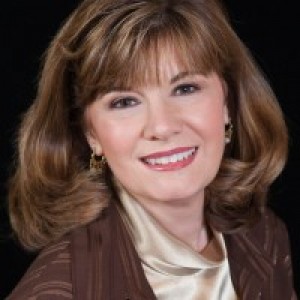 Karen is a vibrant Speaker, Singer and Actress who has dynamic messages of faith, and brings the Bible to life through her One Woman Costumed Musical Dramas. She was a lead actress with Sight & Sound Theaters in Lancaster, PA. performing the role of Noah's Wife in "Noah the Musical" at the 2, 000 seat theater and on TBN television. She travels to sing, speak and perform drama for events worldwide, performing for our military troops in Southeast Asia, for revival crusades in Peru, and as a performing artist for tours in Israel and on cruise ships. Audiences are captured by her beautiful voice, captivated by her drama characters, and uplifted by her humorous and heartfelt speaking.

Karen touched the hearts of young and old alike as she was the guest speaker/singer at our recent fundraising banquet. She also presented a one-person drama entitled "100 % Chance of Rain", which had a very relevant and inspirational message. Mrs. Noah came to life and challenged us to a life of faith as we raise our children...even as we go through the storms of life. Excellent. Wish it was longer!