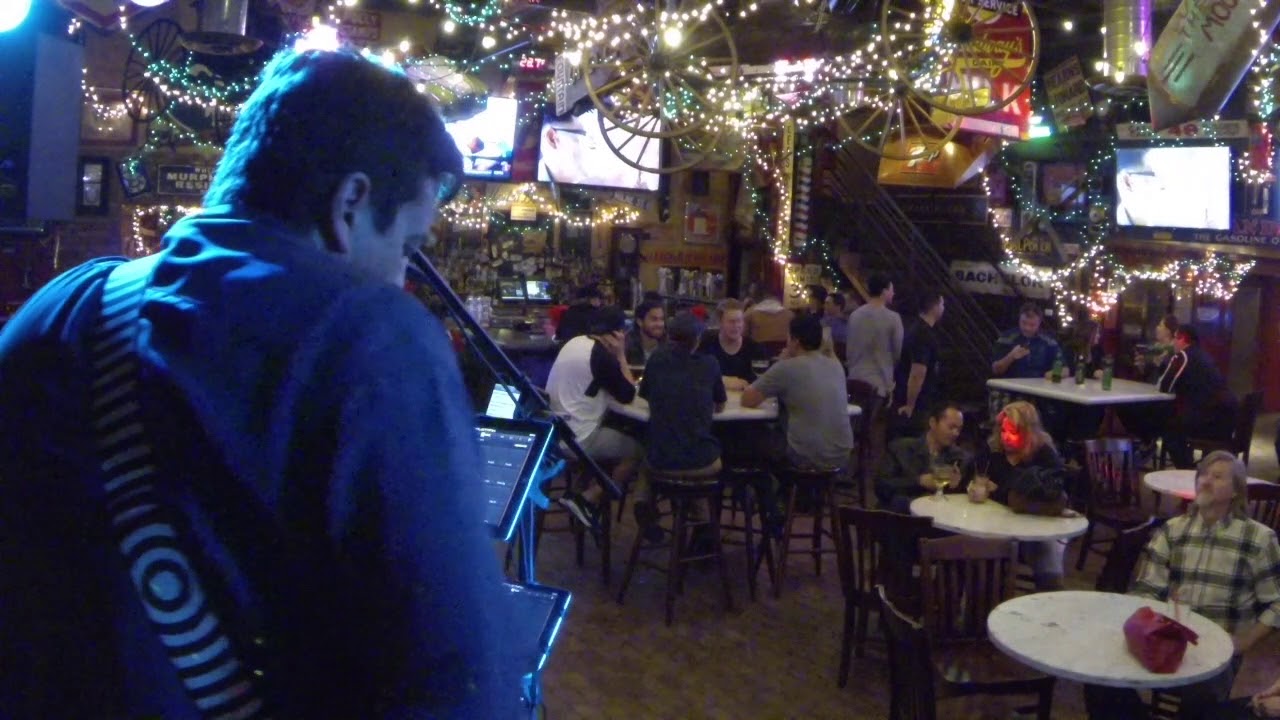 A band take up too much room and too expensive? Maybe you want just a singer/guitarist? You get both, or either in same gig. Maybe mellow at the start, then take it up a notch (drums sounds etc.) later. Peppers and Petty, Cash & Mraz, Eagles and Beatles, 3rd Eye & 182, Wagon Wheels and Small things, Killers and Dragons, Johnson & Jovi, 80's... a wide mix of songs everyone knows.

Joey took on a last minute request and rocked it. He's a professional with great musical ability and ultra reliable.

Very affordable and more than your monies worth! He was our entertainment for my sisters wedding in my backyard for about 50 people... he was on time, over delivered, had a wide range of music choices. I would most definitely recommend!

Hired as:
One Man Band, Singing Guitarist
Write a Review

Dependability. Arrive on time, then give at least what was expected. Adapt to the needs of the audience. Skipping breaks and staying longer if needed , when the crowd is in the moment. Interaction with the audience. Have fun.

Played music since my first performance in 2nd grade. Have been playing guitar and singing professionally since 2009. Have had a full band sound and played with a full rig that includes percussion and some Keyboards, and many different guitar sounds since 2012. My goal is to for the audience to be happy. Sometimes it is more than just the music that makes that happen. Rather a special connection

I perform live guitar, vocals , drums, and some Keyboards. I then often loop them so It can sound almost like a band. I operate many foot pedals to create a large full sound when it is desired. However, quite often a portion of the show desires simply straight singing and guitar/ keyboard. Yet, when the same show requires a punchier, more lively semi-band sound, it's ready to go. Often this happens later in the show as the audience is ready to take it up a notch. So, the full rig is set up each time, then just go with what is being desired by the audience. Occasionally I save a drum track that was played live (not a machine) and it allows to blast into the song right away with a beat that has a live feel. It works well to replicate a song that has multiple significant parts (Sweet Child of Mine) It's unique. People are often surprised at the amount of sound that is generated. It requires minimal space. It is not same as a band. Bands are great, and are a different venue. Yet, it results in a sound that is much more than a solo artist, and more than most one man bands, but can also be just an instrument and vocal act as well. Very little space is needed, yet the same rig has been played on large stages and can fill up good size rooms.

Alternative & 80's
Billy Idol -White Wedding
Blink 182 - Small Things
The Clash - Should I stay or go
The Cure - Friday I'm in Love
Dramarama - Anything
Edwin Collins - (I've never me) A Girl Like you
Everclear - Santa Monica
Erasure - Respect
The Fixx - Saved by Zero
Green Day - Basket Case, Boulevard of Broken Dreams,Good Riddance,When September Ends
Jimmy Eat World - The Middle
Men without Hats- Safety Dance
Modern English - Melt with You
Oasis- Champagne Supernova / Wonderall
Radiohead - Creep
Romantics - What I like about You
Semisonic-Closing Time
Smashing Pumpkins - Greatest Day
Social Distortion - Ball and Chain/Ring of Fire/Story of my Life
3rd Eye Blind - How's it gonna be / Jumper
Split Enz - I want you
Sublime - Santeria / What I got
Talking Heads - And she Was
Violent Femmes - Blister in the Sun
When in Rome - The Promise

So many. Not really sure where to start. If I mention one, I may omit others unintentionally. I get inspired my so many Rock groups, whether classic, alternative, punk, Heavy Metal. It just depends. I get turned on to new ones by fans often. I will research their song, and next thing you know it's my favorite to play at that time. Being open , opens up doors for new influences, yet I never forget some of the timeless well performed and well written songs.