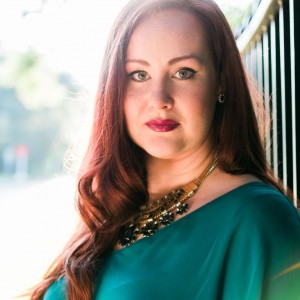 Jennifer Lee Preyss is a four-time nationally award-winning religion reporter and Christian columnist, and one of four full-time religion reporters in Texas working for the mainstream media. Jennifer's faith coverage in Texas has resulted in twice being named the Religion Newswriters Association Cassels Religion Reporter of the Year in both 2013 and 2015. She has traveled to more than 20 countries on four continents, and writes often about how she practices "non-evangelizing" with those outside the church. In 2017, she will launch her first religion-based podcast, "Religion Latte," teaching Christians how to get outside our holy huddles and truly break bread as Christ did.

Be the first to review Jennifer Preyss-Mathlouthi

Jennifer is a master teacher on all matters relating to religion. But most of the time, when her guests leave one of Jennifer's talks or lectures, they are not only more informed about their own presuppositions about non-Christians, but they have a framework of understanding for what may be creating fear and disconnection with unbelievers. She also tasks them with specific jobs to complete in the community that take very little time, but make monumental differences in how communities relate to one another.

Above all, she will make you think, ask important questions and look at your environment differently than you did before you walked through the door.

Jennifer's faith coverage in Texas has resulted in twice being named the Religion Newswriters Association Cassels Religion Reporter of the Year in both 2013 and 2015, and invitations to speak at schools, organizations, clubs and churches throughout the state.

She has traveled to more than 20 countries on four continents, and writes often about how she practices "non-evangelizing" with those outside the church. She regularly shows other Christians how to form relationships in authentic ways with people of various faith and cultural backgrounds, and has traveled all over the world testing a theory about how easy it is to make a new friend by simply inviting them to share a cup of coffee or a meal. That's how she met her then-Muslim-now-Christian husband in an Egyptian cafe, a stone's throw from the ancient Pyramids in Giza.

Her goal is not necessarily to covert, but rather to show love as Christ did and commands, and demonstrate how easy and necessary it is to keep our tables as open as possible because we never know what God is doing in someone else's life. And even when they do not come to Jesus, Jennifer said her faith has become irrevocably stronger from her many years of exposure and conversations with those outside of Western Christendom.

In 2017, Jennifer will launch her first religion-based podcast, "Religion Latte," teaching boxy Christians how to get outside their holy huddles and truly break bread as Christ did.

Jennifer would love the opportunity to come speak to your group, either as a guest speaker or lecturer in religion. She regularly teaches workshops, and speaks on all matters relating to religion, including global and domestic religion trends, intercultural exposure, travel and global fluency, and why it matters more than ever in America, as an American, and certainly as an American Christian.