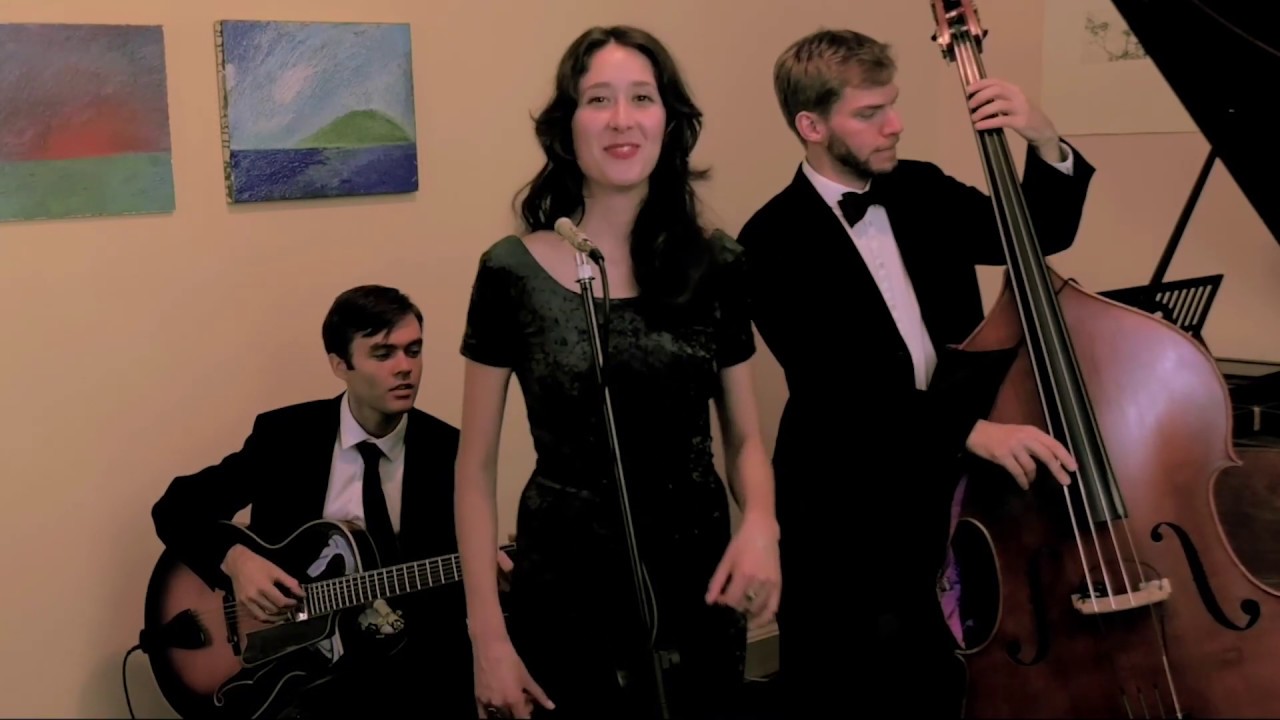 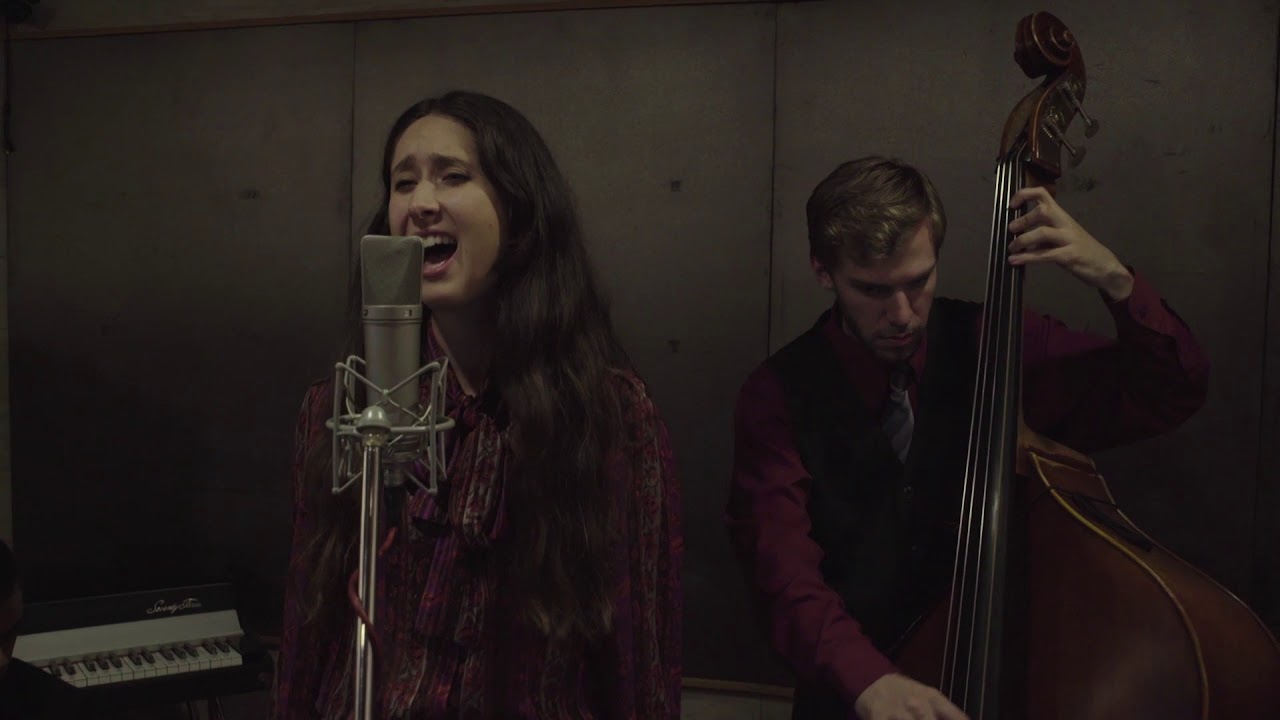 I Didn't Know What Time It Was

I'll See You In My Dreams 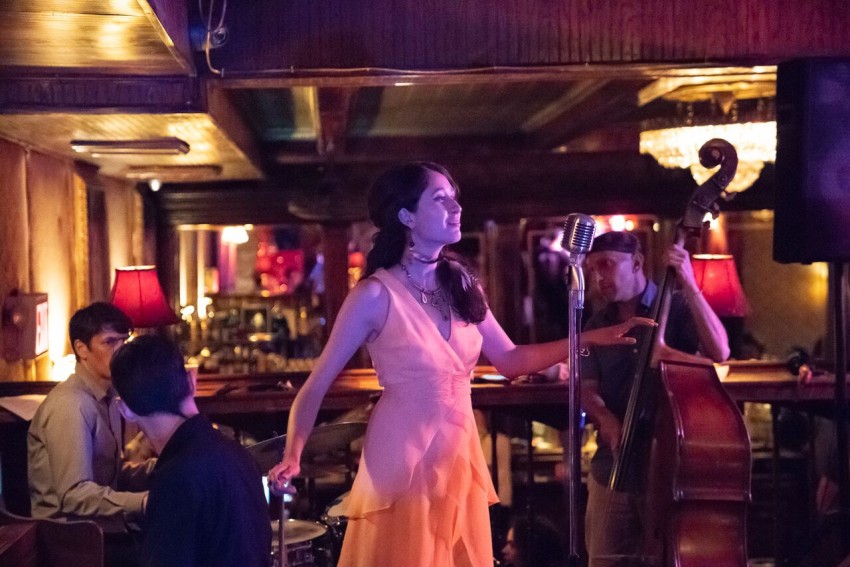 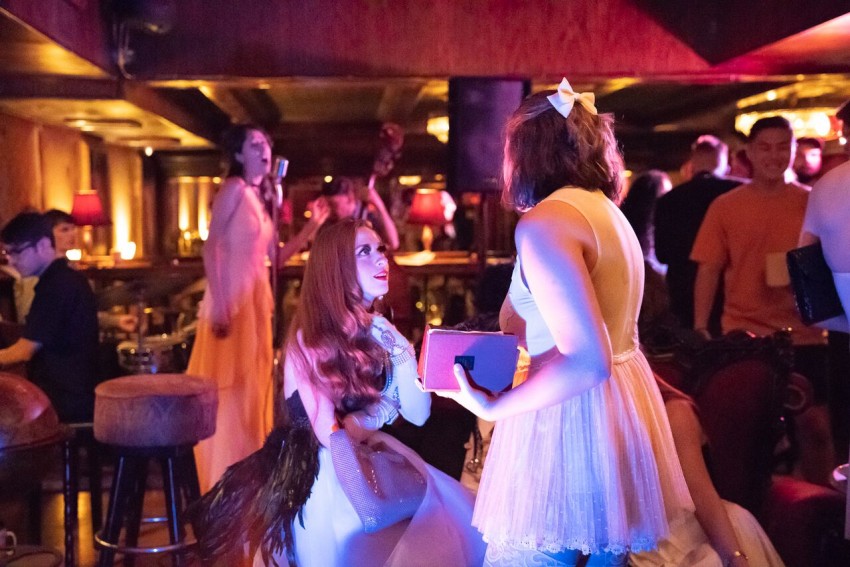 Book us for your Speakeasy themed event! 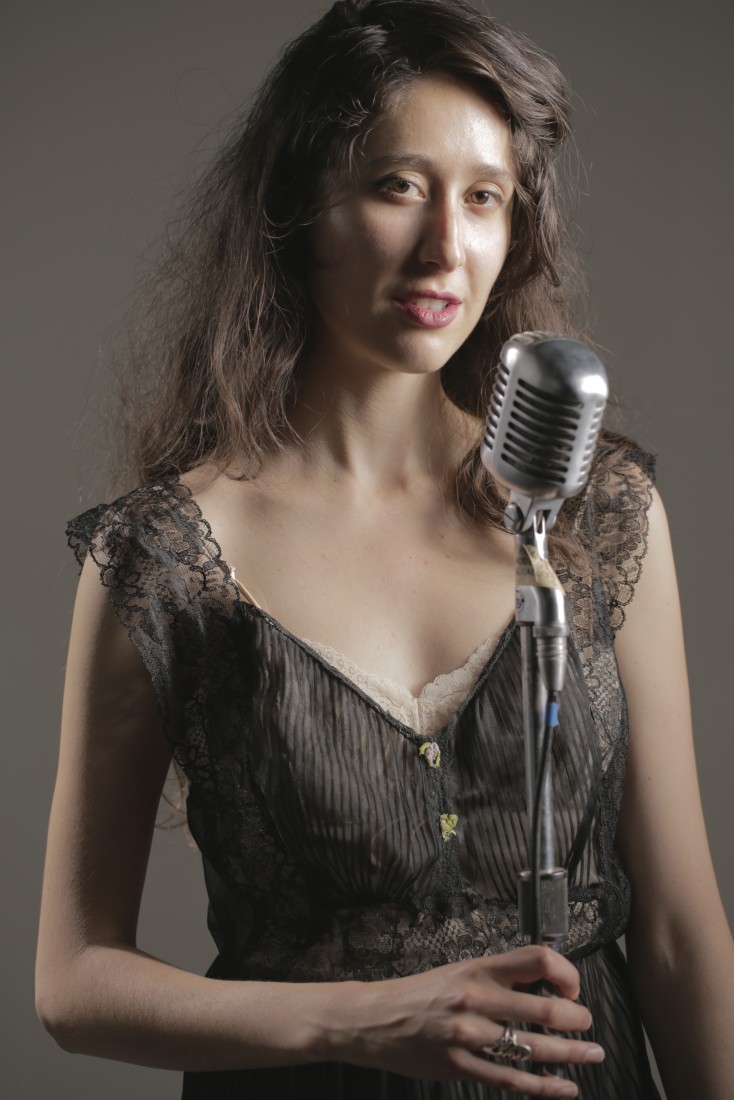 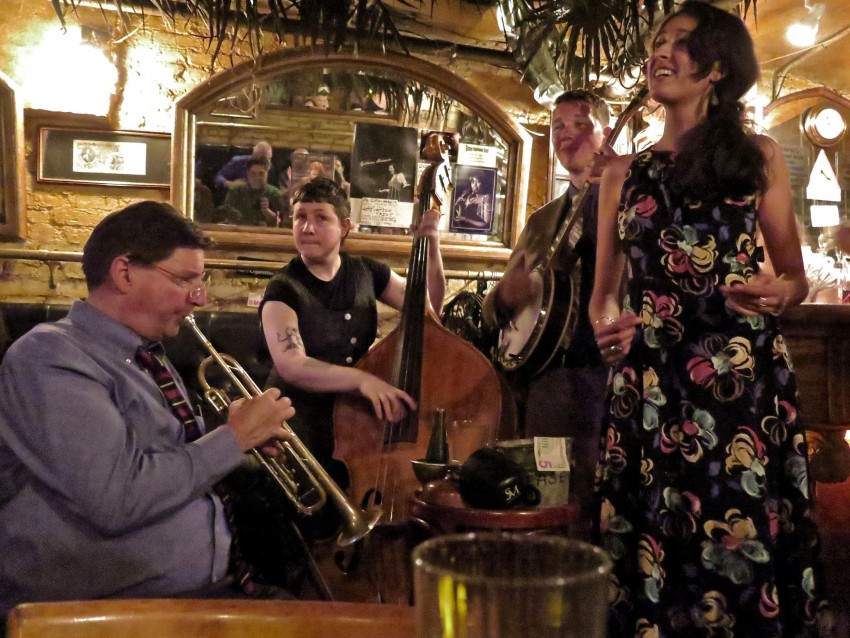 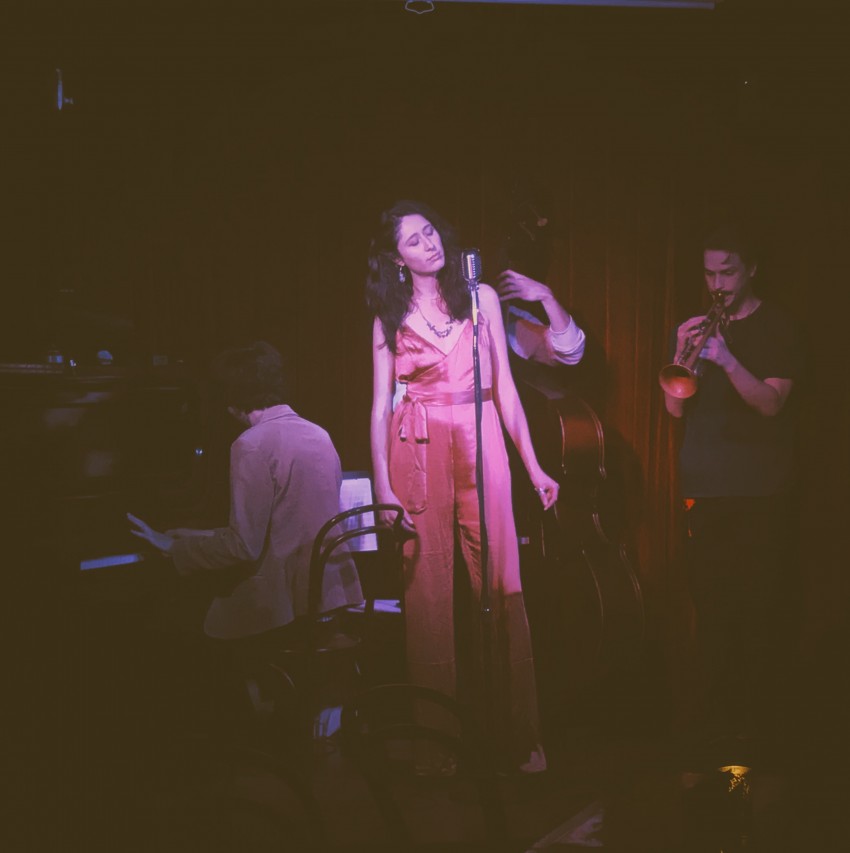 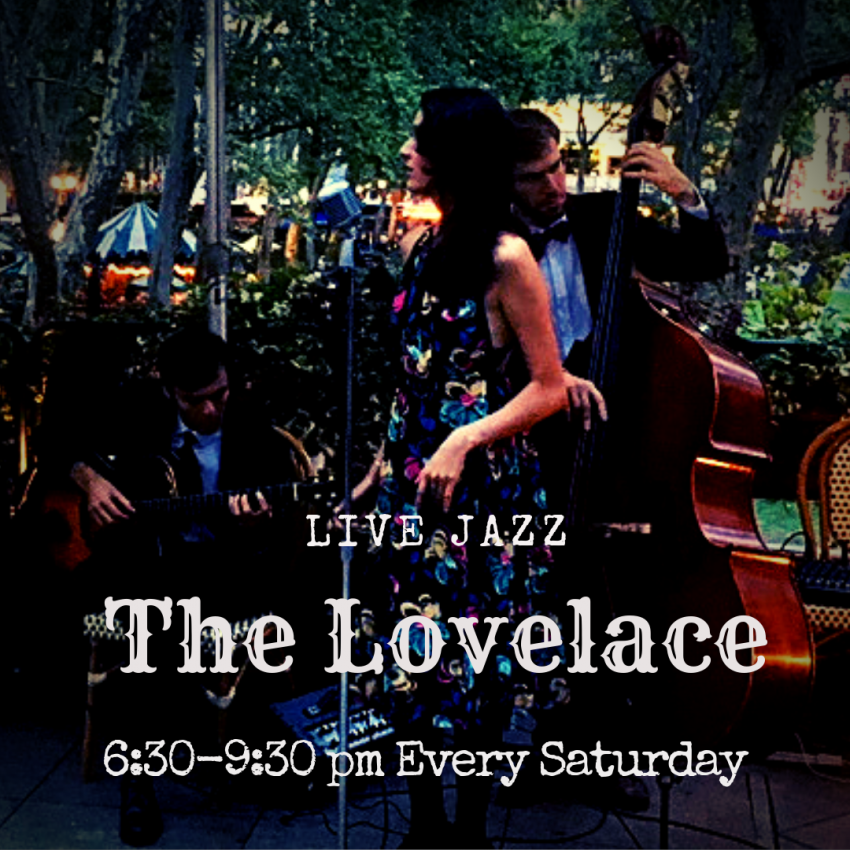 Come check us out each Saturday night in Manhattan! 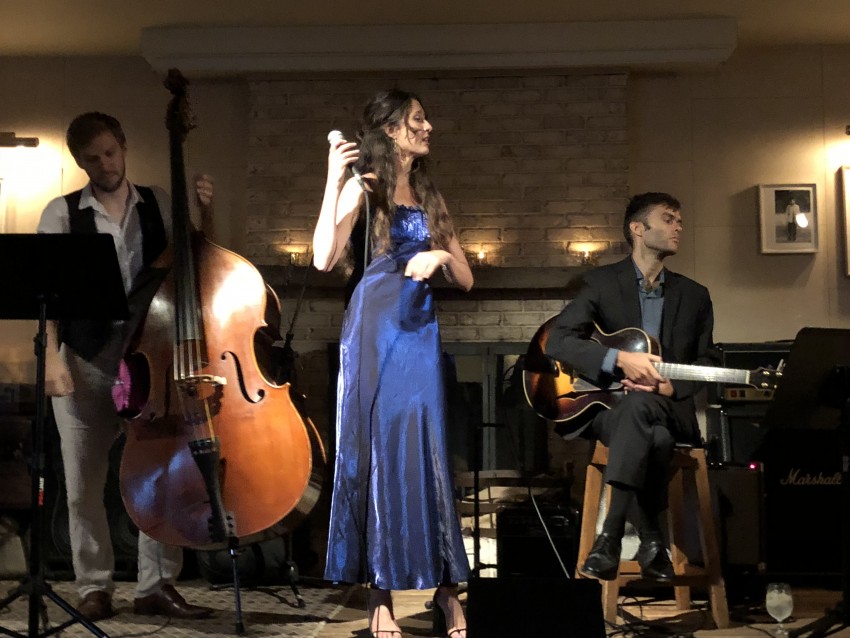 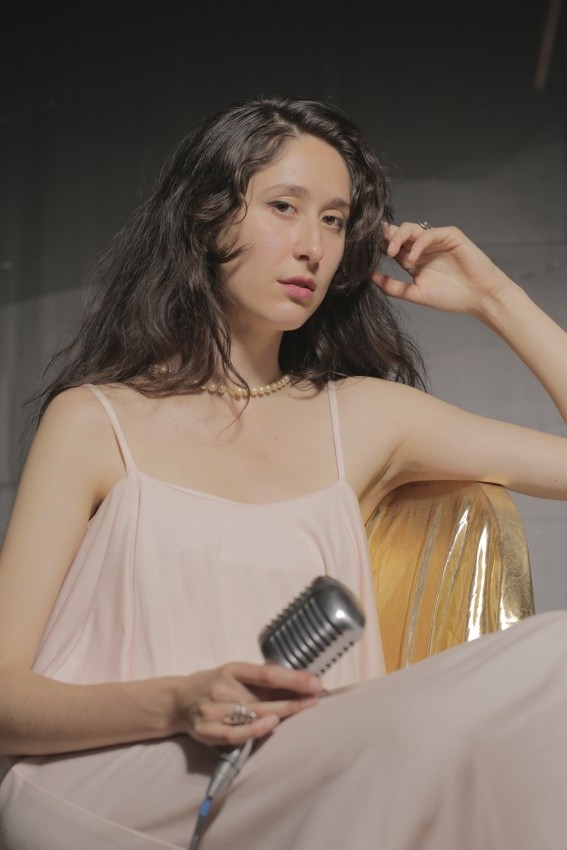 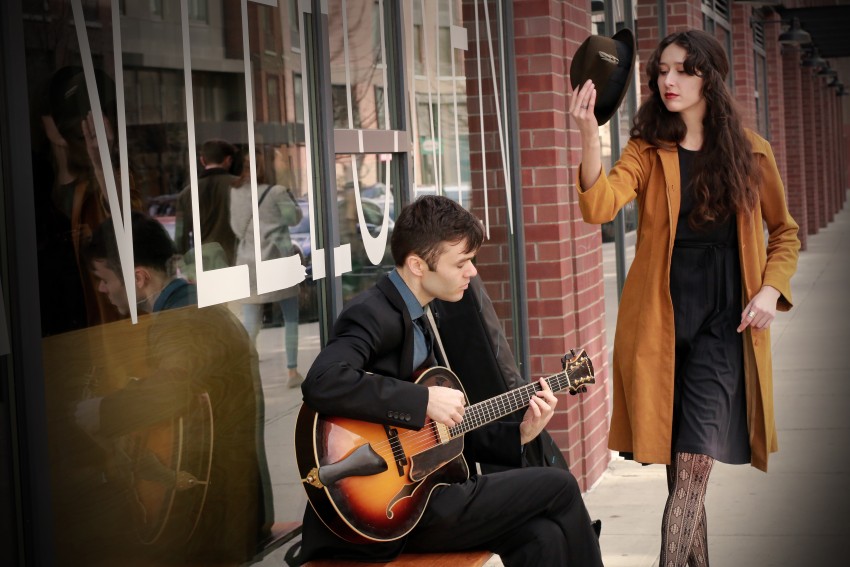 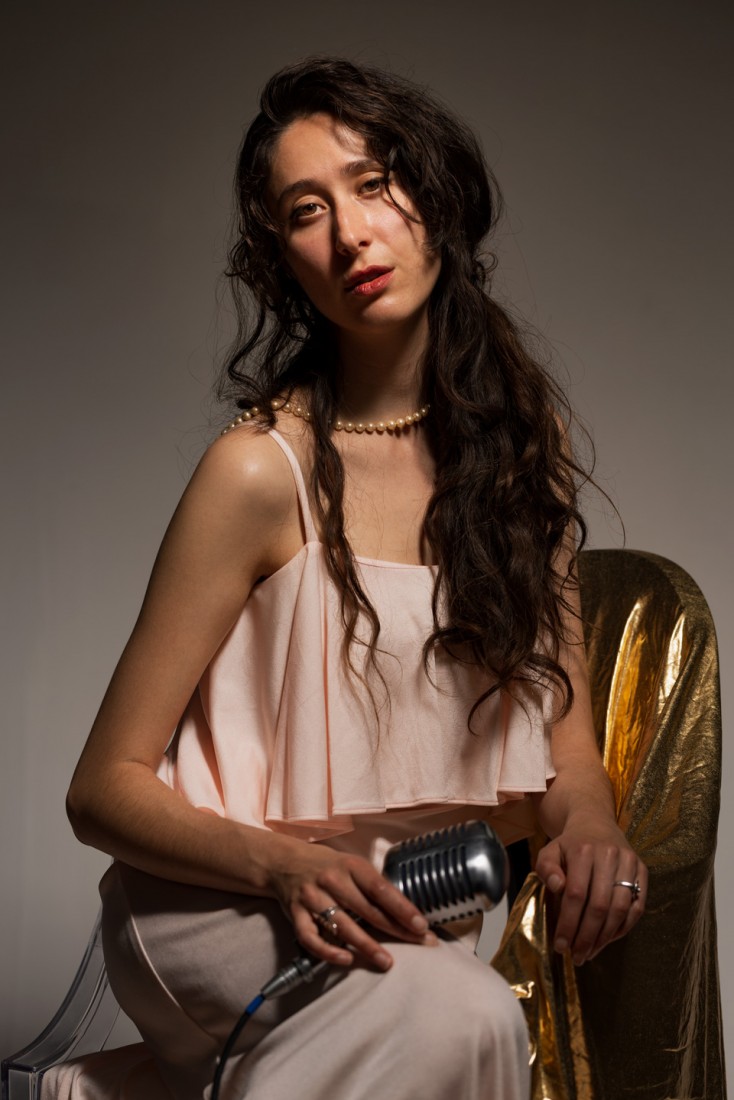 Jacquelyn West's Swing Band provide an elegant, upbeat, and memorable experience:
With a luxurious and mellow voice, Jacquelyn blends timeless American Jazz Standards & blues form the American Song Book with a glamorous and soulful approach. The musicians she works with are world-traveling, internationally acclaimed jazz players who know how to keep you swinging all through the night!

Accommodating any event is very easy! From home parties to outdoor weddings, small and large venues: choose your dream musical situation and Jacquelyn West will make it happen!

You can catch her every Saturday singing in Manhattan with her trio. Send a message for details!

We hired Jacquelyn and her trio for our wedding cocktail party and it was so delightful! All of the songs I love were played and she even got my grandparents dancing! They were excellent performers, punctual, and easy to work with. Highly recommended!

We are professional travelers, therefore we always come prepared with the necessary sound equipment, we show up on time and with style! Just let us know when you plan on having the music begin--we will calculate the amount time we will need to set up. Feel free to contact me via cell or email while we are planning your event to ensure all details are worked through.

Jacquelyn West was born to a family of musicians and surrounded by the croons and celebrations of jazz from an early age. Her uncle was drummer Ernie West--and her grandfather was a crooner. Her grandmother was a jazz dancer who frequently hosted Sarah Vaughn at her dinners. While she grew up listening to the rock n roll her father played, Jacquelyn was taken care of by her grandmother who exposed her to swing, bebop and the compositions of great cousin, Henry Mancini. Jacquelyn studied tap dancing and poetry, then turned to the microphone.
Jacquelyn brings a fascination to the spontaneous, collaborative aspects of jazz. She studied with master vocalists over the years and performance at the New York Jazz Academy. Her style is rooted in tradition, having spent time learning the blues in St. Louis, Missouri. Poets and musicians describe Jacquelyn's voice as "soft, honest, and playful with no maneuvers" and "like having a peppermint and a cigarette at the same time".

The musicians Jacquelyn plays with share a similar appreciation for poetry, engaging audiences with buoyancy and fragility--a combination which speaks directly to that mystical, yet familiar place inside ourselves.

Jacquelyn West currently lives and sings with her trio in New York City.

We can either provide our own sound, or plug in easily to a sound system your venue may provide.

We are always adding more tunes and we take requests!

- After You've Gone
- Ain't Misbehavin'
- All Of Me
- All The Things You Are
- All Too Soon
- April in My Heart
- Autumn Leaves 1
- Baby I Don't Cry Over You
- Baby Won't You Please Come Home
- Between The Devil And The Deep Blue Sea
- Blue Skies
- But Not For Me
- Bye Bye Blackbird
- Darn That Dream
- Deed I Do
- Deep Purple
- East Of The Sun
- Easy To Love
- Embraceable You
- Feelin' Good 1
- Fine And Mellow
- Fly Me To The Moon
- For Sentimental Reasons
- Gentle Rain
- Gone With The Wind
- Head On my Pillow
- Honeysuckle Rose
- How High The Moon
- I Can't Give You Anything But Love
- I Could Write A Book 1
- I Cover The Waterfront
- I Didn't Know What Time It Was
- I Love You
- I Must Have That Man
- I Remember You
- I Want A Little Sugar In My Bowl
- I'll See You In My Dreams
- I'm Getting Sentimental Over You
- I'm In The Mood For Love
- If I Had You
- If I Were A Bell
- Indiana (Back Home Again In)
- It Could Happen To You
- Just A-sittin and A-Rockin 1
- Just In Time
- Just One Of Those Things
- Love For Sale
- Mean To Me
- Moonglow
- Moonlight In Vermont
- More Than You Know
- My Romance
- Nice Work If You Can Get It
- No Good Man
- No Moon At All
- On The Sunny Side Of The Street
- Once Upon A Summertime
- Out Of Nowhere
- Pennies From Heaven
- Rags 'n Old Iron
- Saurais-je
- Skylark
- Smoke Gets In Your Eyes
- Sometimes I'm Happy
- St. Louis Blues
- Star Dust
- Sugar billie's version
- Summertime
- Sweet Lorraine
- Tea For Two
- These Foolish Things
- Under A Blue Jungle Moon
- Violets For Your Furs
- Winter Wonderland
- You Go To My Head
- You'd Be So Nice To Come Home To
- Georgia On My Mind
- Exactly Like You
- Body And Soul