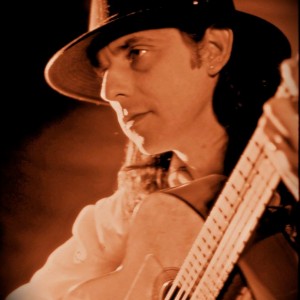 specialized on World Music, Classical, traditional/modern Flamenco, Gypsy Kings style and Latin fusions, we can also provide by request a world class full traditional Flamenco show with the most acclaimed Guitarists singers and dancers available in the US.

I hired them for my husband‘s 50th birthday, and they were amazing! The highlight of the party! We have seen flamenco performers all over the world and they were just as good, if not better. Jose was very accommodating with travel and itinerary.
If you’re looking to hire a flamenco group, stop here and book them now. They will not disappoint! 💃🏻

Roberto received his degree from the Italian Conservatory. He refined his musical expression at the Universite’ Internationale de la Guitare in France and via artistic collaboration with Spain's best known artists of Classical and Flamenco guitar in Seville, Cordoba, Granada, and Jerez.

Roberto continues to perform, teach, and carry out extensive research on the artistic expression of the guitar across the globe, and several of his professional
recordings have been endorsed in a number of Italy's national Jazz manifestations. He has composed music for diverse theatrical works performed in international circuits.

Roberto is the composer of musical themes for radio transmissions and has been a special guest on Italian regional and national networks - involving both radio and television broadcasts. In addition, he has made professional recordings for Italian, French, Tunisian, Spanish, German, and American television, making headlines with positive reviews from international entertainment critics.

Roberto performs as a solo guitarist and in artistic collaboration. His most recent CD, La Calle del Pintau, articulates a combination of various musical influences accumulated throughout over 40 years of experience.

Featured on guitar or as a vocalist El Grillu has contributed to records by artists such as Steve Pasero, Rebecca Mauleon, Tito Puente, Ottmar Liebert, and the Grammy nominated Eddy Xol.

“Una Noche,” written by El Grillu in collaboration with Yaya Maldonado and Edgardo Cambon along with “Liliana” are featured in the major motion picture “The New Age”, directed by Michael Tolkin and produced by Oliver Stone.

Jose has accumulated more than 30 years of experience through performances and touring with renonwed artists.

We are available for Weddings,Concerts and most type of events in the Sacramento /Bay area or anywhere in the world !

We provide and manage our own sound System for small to medium venues 4x1000 watts QSC powered enclosures , stage plan lighting and instrumentation will be gladly provided as per request if needed for bigger events

We prefer if possible to showcase our original music combined with some covers from Ketama, Gypsy kings, Paco de lucia, and other standards.
As per request we can also provide most Flamenco forms and Classical music including but no limited to :