Dolly And The Dinosaur 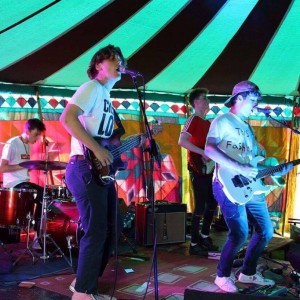 We are a 17 year old four piece based in the South of England, combining 'catchy guitar riffs and soft vocals' into indie rock songs.
We write and perform all of our music, composing the songs in our drummer Rohan's shed, 'the Dollhouse'.
As a band we draw inspiration from many artists, culminating in a diverse, unique yet current sound.
In March 2017, we won a countywide Battle of the Bands competition, and have appeared on the same bill as the likes of Spring King, Clean Cut Kid and Misfires.

Be the first to review Dolly And The Dinosaur