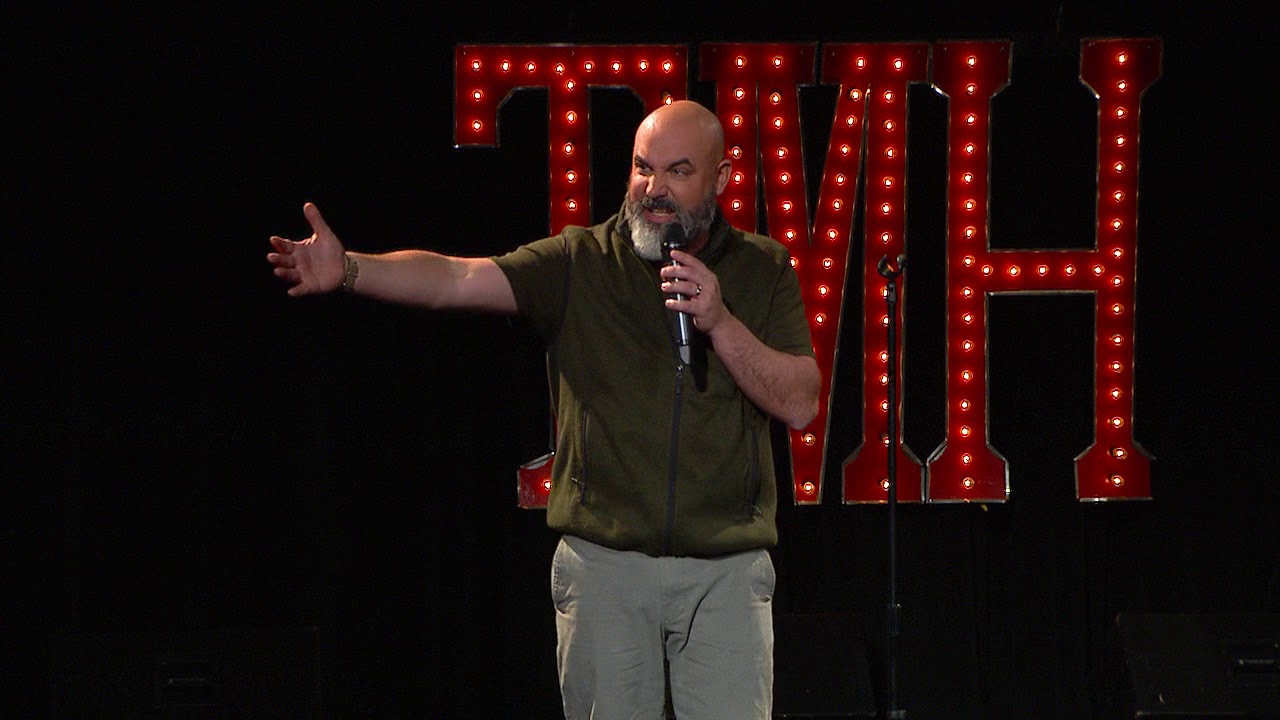 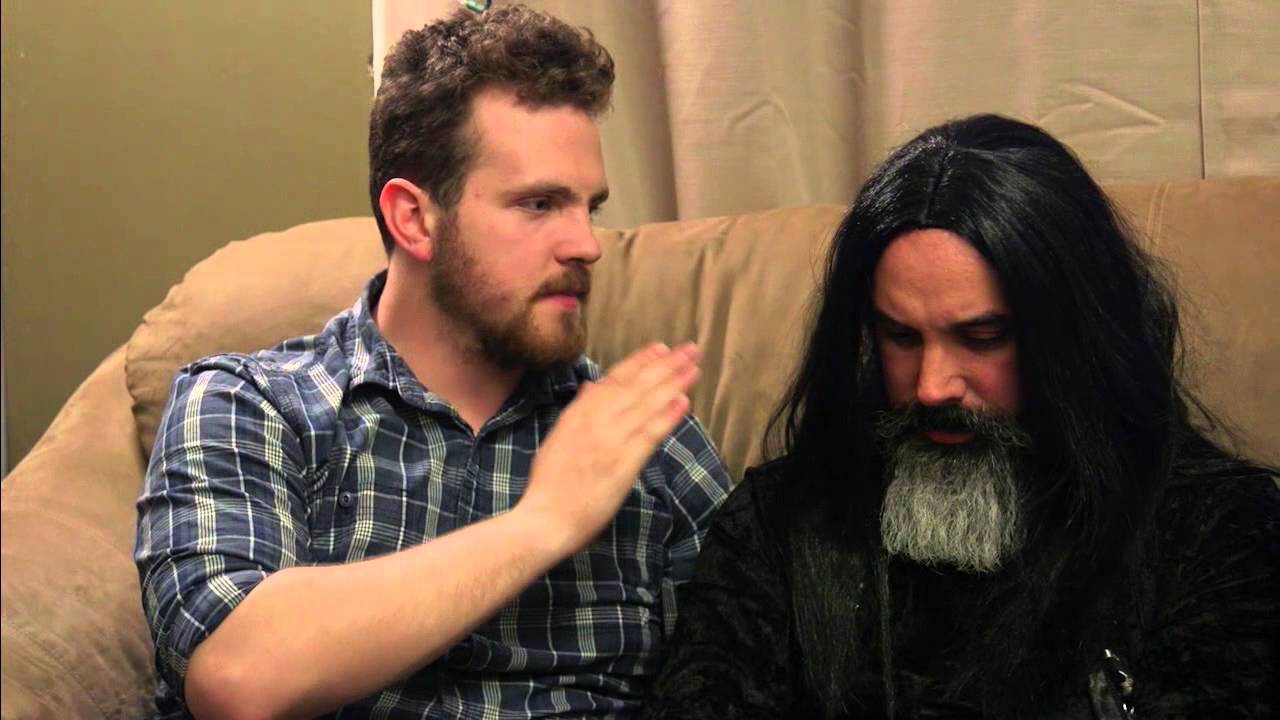 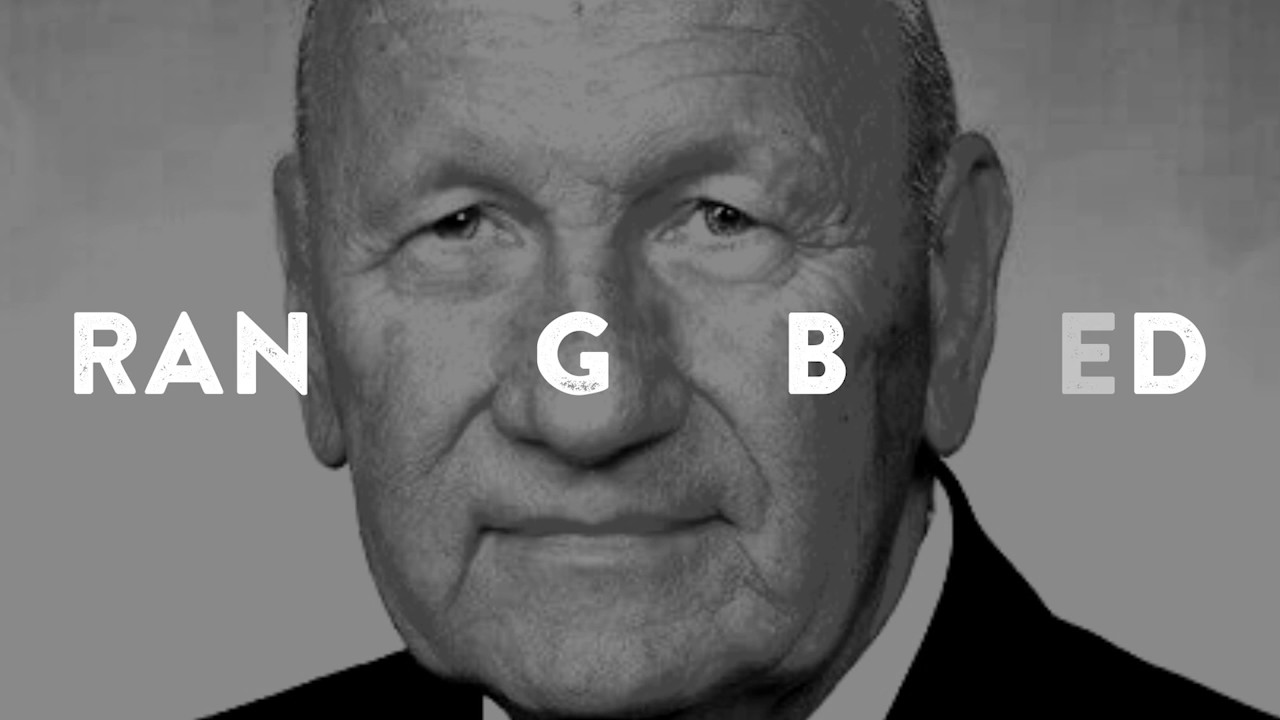 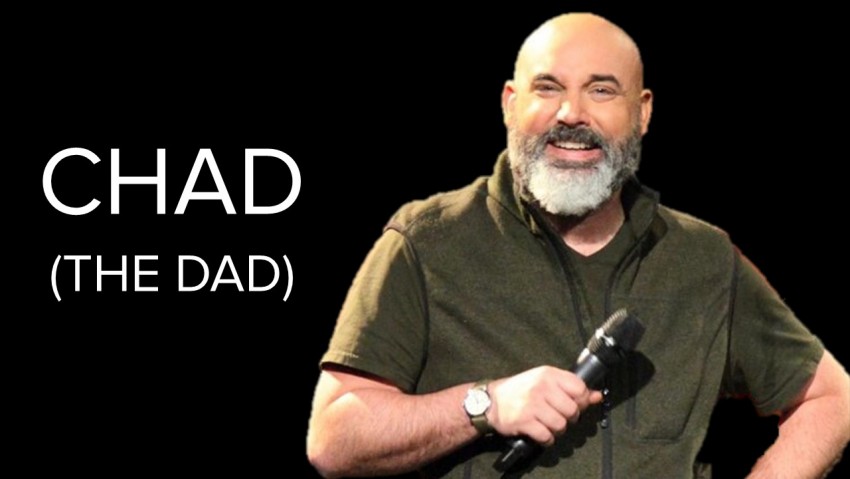 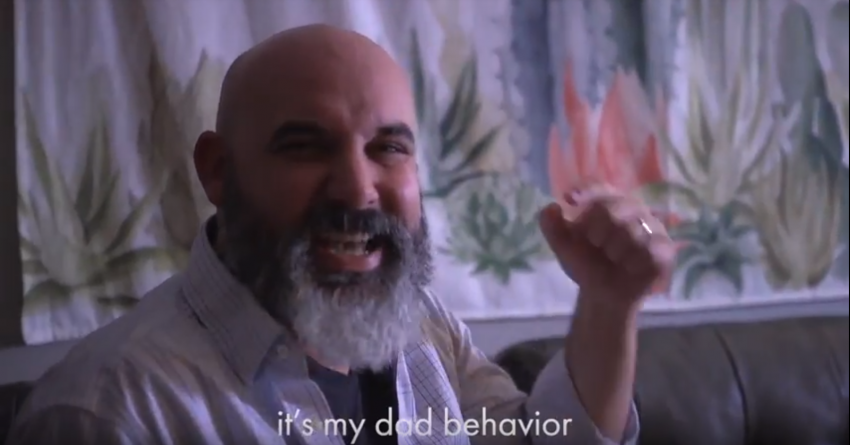 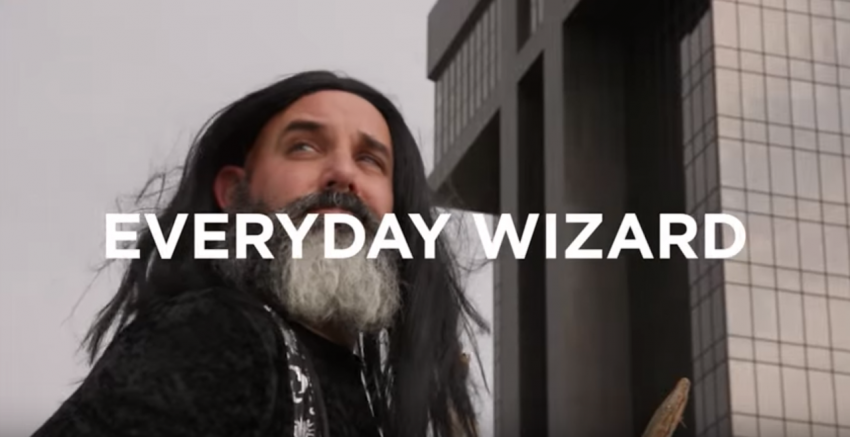 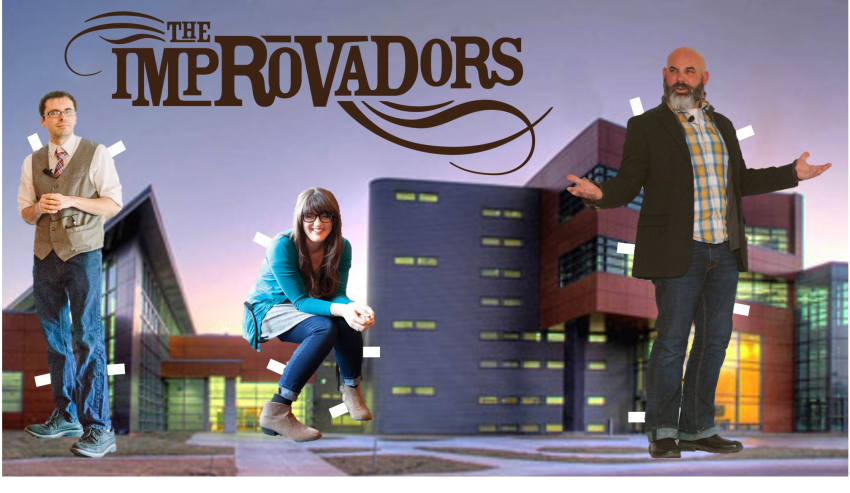 Hire the Improvadors for improv! 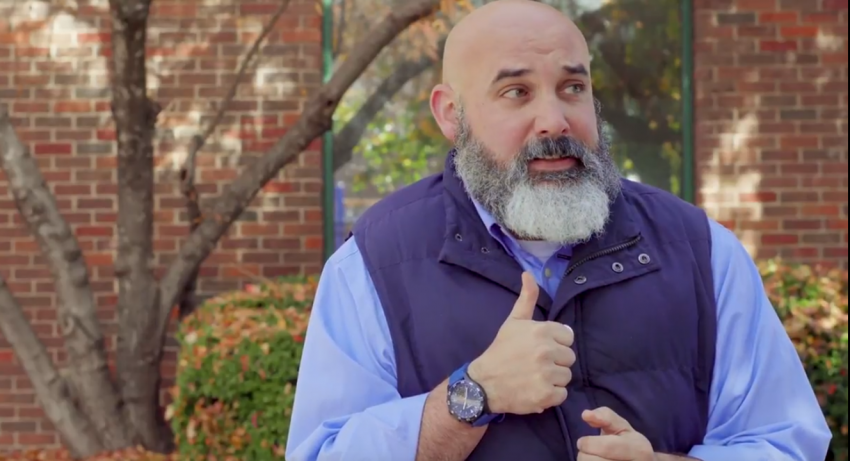 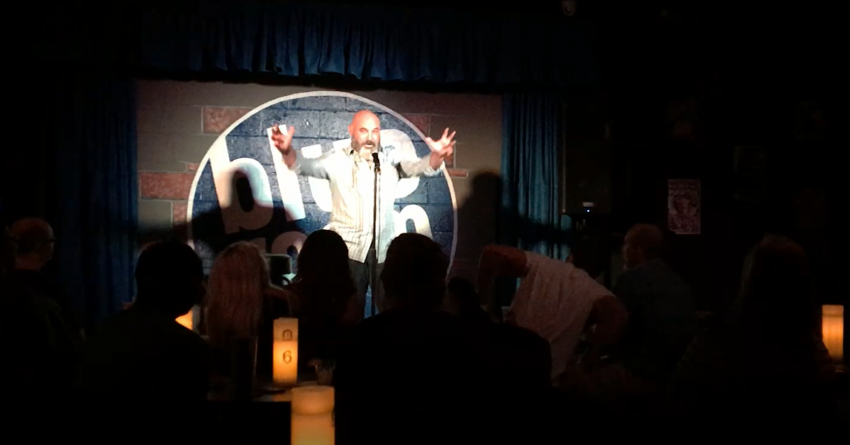 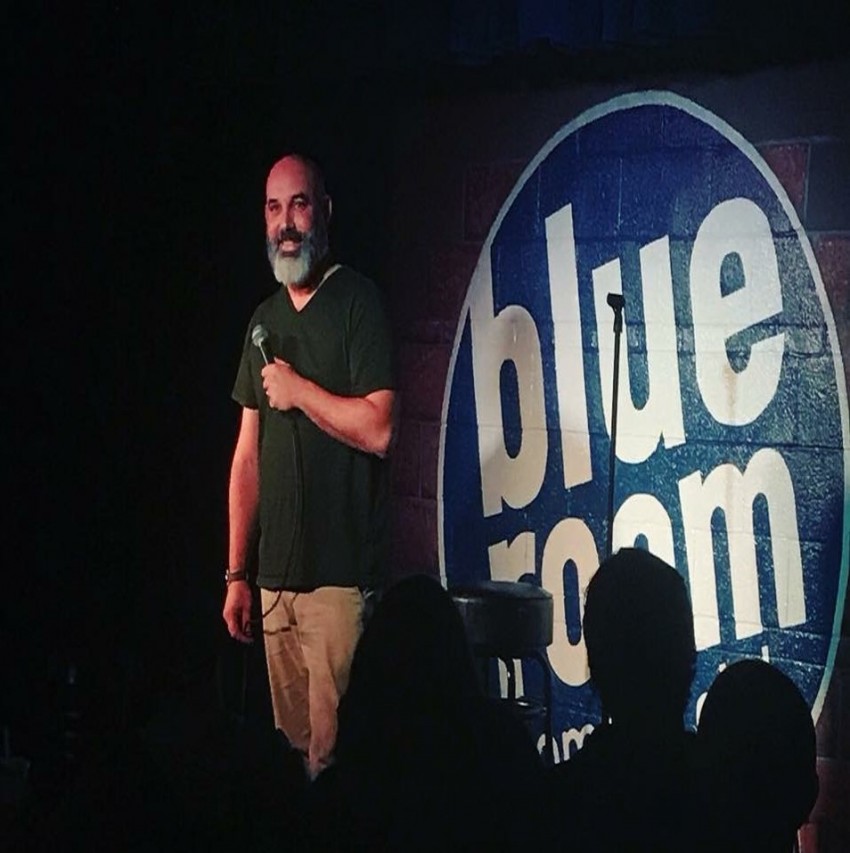 A strangely stretched photo of stand up performance 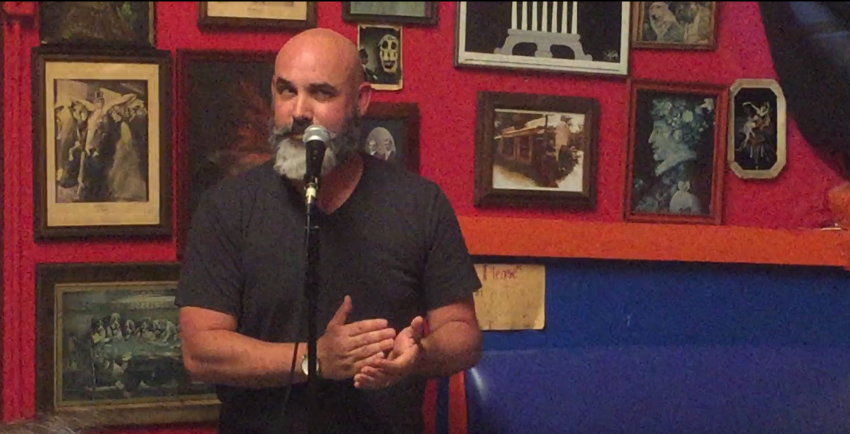 Chad (the Dad) is available for stand-up, emcee/hosting, acting or voice-over services. His unique perspective on life, ability to quick-connect with an audience and professional delivery are why so many clients enjoy featuring Chad (the Dad) for their events and projects.

Having performed across the country, Chad (the Dad) is available to attend your event with reasonable travel and lodging needs. From clubs to corporate gigs, clients book Chad (the Dad) with confidence knowing he is comfortable in a wide range of environments.

We have used Chad for so many things! He has emceed our events and helped them go smoothly with great, funny transitions. We've used his stand-up comedy skills as a way to communicate information to a crowd in a fun way. He has helped us write hilarious, personalized content for our church services!

Incredibly flexible even after my error!

I made an error in the date in booking Chad for project graduation...he COMPLETELY shuffled his schedule to accommodate us and was so gracious with me. He was easy to coordinate with, and on time to the event. Loved it!

In 2018, we hired Chad to EMCEE The Associes, our first annual technology awards event. We wanted this event to be powerful and memorable for every attendee, so Chad was the obvious choice after two years of engaging our employees. In this event, Chad used humor and improv techniques again to keep the audience engaged and with high energy during a 1.5 hour presentation.

Chad helped create the most engaging training event ever

As an IT director at Associated Electric Cooperative, I hired Chad on two separate engagements. The first engagement used Chad's improv techniques to engage my employees during a boring and dreaded compliance training event. The first event was incredibly successful and people still talk about these experiences. Employees gave the training group a standing applause after the event and we reduced our compliance events for years afterwards because people paid attention and engaged.

Before my company, MetaMythic, created a cyber-security product, we built immersive training experiences for organizations. One in particular required Chad to "EMCEE" a large training program, while entertaining and engaging the audience in between training sessions. You can see the results from this case study we made here: https://vimeo.com/97662914

During our product launch at national cyber-security conference GridSecCon, Chad played the role of one of our virtual characters on stage. He engaged the audience so much that our competition had no booth traffic after our launch and our booth was swamped. We even had audience members recording the event because it was so memorable. You can view it here: https://vimeo.com/189656952

MetaMythic creates the most engaging cyber-security awareness training in the industry and Chad sourced all the voice acting on the product, played the voice of the main character in the training, several sub-characters, and helped with script writing. Chad helped us produce several seasons of our product and each one has garnered awards and spotlight, stacking up four international awards so far. Chad performed this work for Season 1 of our training product.

Chad is the ultimate professional! Easy to work with and strives to understand the event, the audience and the ultimate results desired by the client. So, whether looking for a fun addition to a special personal event or as a corporate representative wanting to spice up a company event, I can personally recommend Chad as the answer.

Clever, engaging and had everyone laughing !

Chad and team did an improv session at a large sales meeting (400+ people). It was awesome ! They created custom improv based on our business and meeting theme. There was audience engagement and it was a perfect way to illustrate our meeting themes. Big meetings can be boring (sadly, yes it is true) - this was a perfect way to liven up and reinforce the messaging in a truly fun way !!!!!

Chad performed for our partisan dinner and did a very good job. Material worked well for local audience as well as audience from around the state.

I hired Chad as "Bad Santa" for a couple of holiday parties and gave him some info and insight into some personal and professional characteristics of people attending the party. In the best possible way, he killed it. Everyone had a great time and I was amazed at how he scathed person after person but kept it all in good fun and in character.

I've had the pleasure of working with Chad on a number of occasions over the years and would highly recommend him. Most recently, he played the lead on a virtual reality video I helped film for McCain Foodservice. Not only did he fully embody the role of a charismatic, knowledgable, and humorous Full-service restaurant operator, he never broke character over the entire shoot. This was no small feat considering the filming took place from 11pm-6am for two days in a row. Simply put, he's the best.

Chad (the Dad) can deliver prepared remarks from an established set and is versatile enough to work with leadership teams to create custom content that caters to specific event needs. Always professional and entertaining, C(TD) helps to strategically bring to life your vision in a memorable and fun fashion.

Chad Harris is an American stand-up comedian, actor, writer, musician and voice-over talent. Based in the Midwest, and steeped in an improvisational comedy background, Harris has studied, practiced and taught improv comedy across the country for many years. He is the creator of the satire news source Fair City News, as well as a long/short form group, the Improvadors; he served as co-catalyst of the Skinny Improv Theatre and currently is a comedic writer and performer for the Emmy awarded televised talk show, The Mystery Hour, and writes a column as “Chad (the Dad)” for 417 Magazine.

Bonus: Having spent 15 years in the ad agency business, he understands the goals and purpose behind the ask for specialized talent.

Handheld or lav mic depending upon the event.

Can keep it simple, or we can ramp it up!