5
(17 reviews)
Get a Free Quick Quote
Add to Favorites 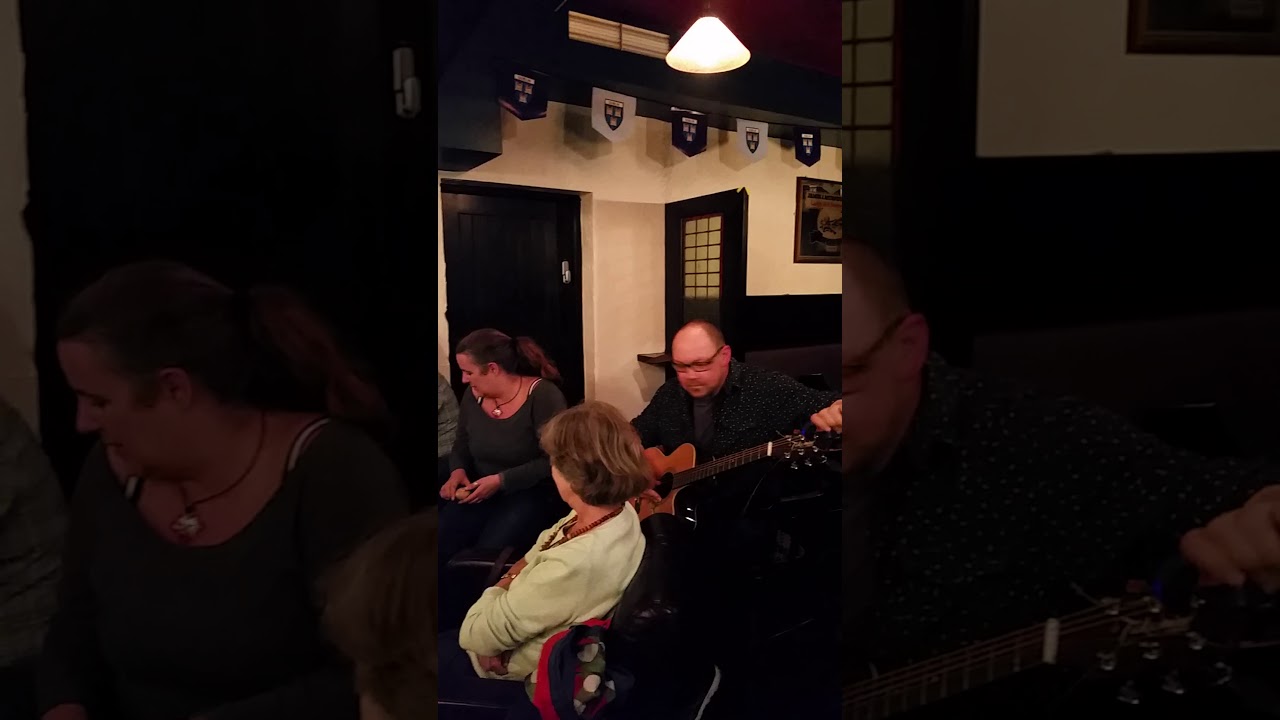 Impromptu at McNeil's in Howth, Ireland 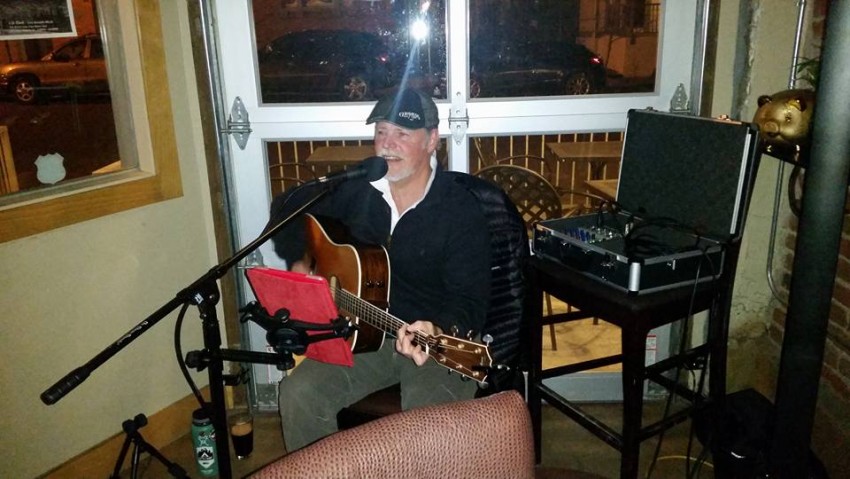 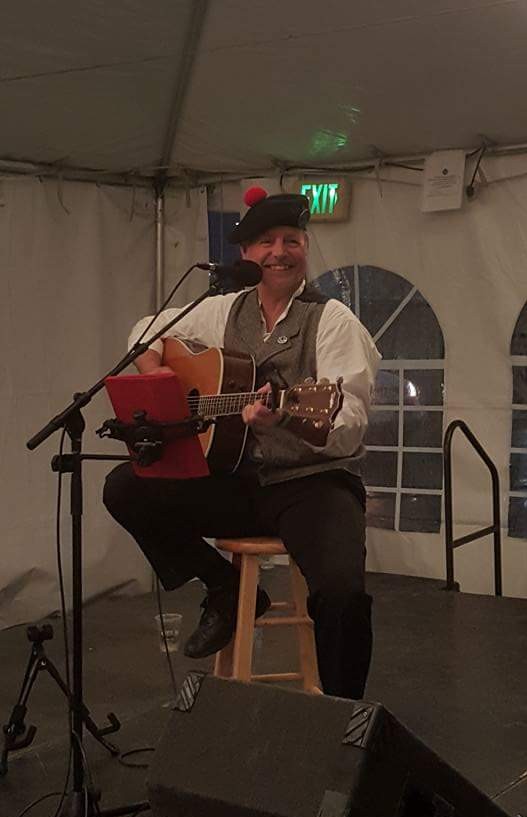 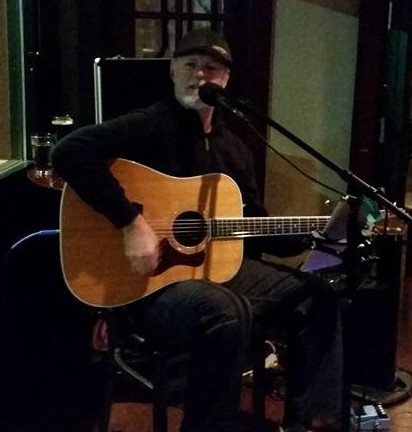 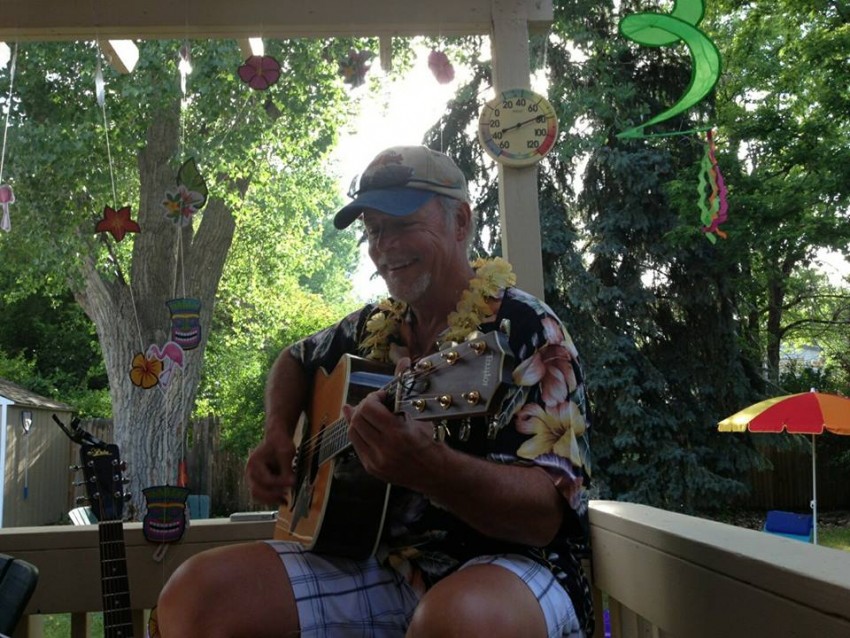 Birthday Party on the deck 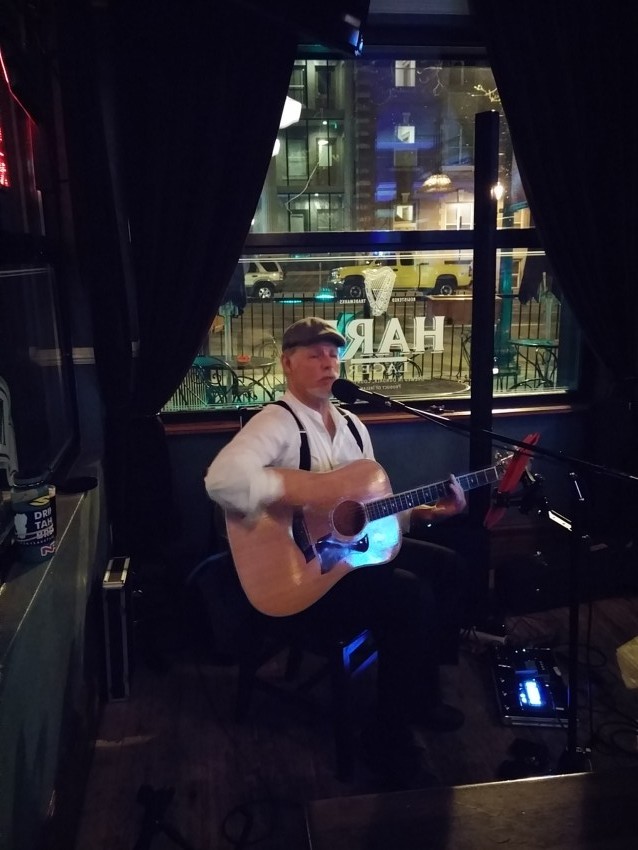 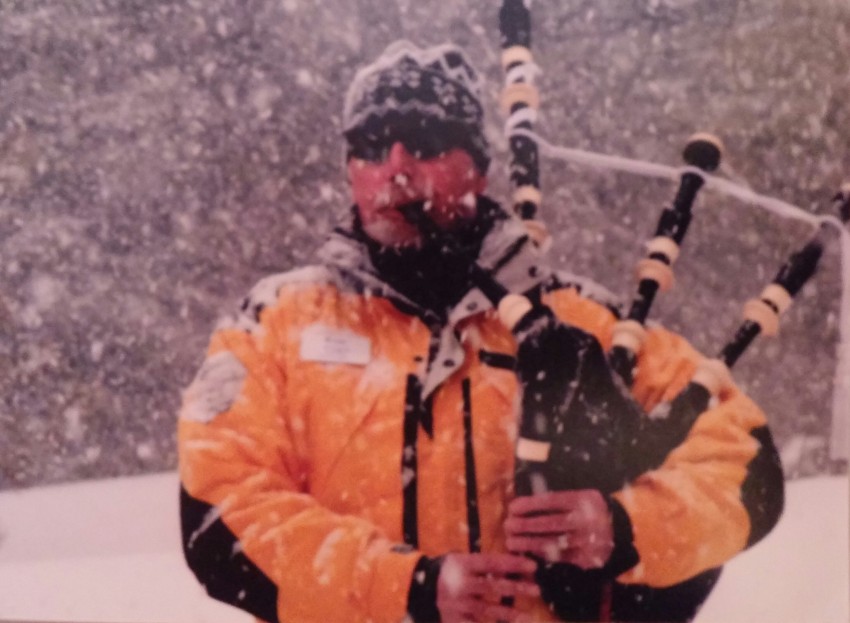 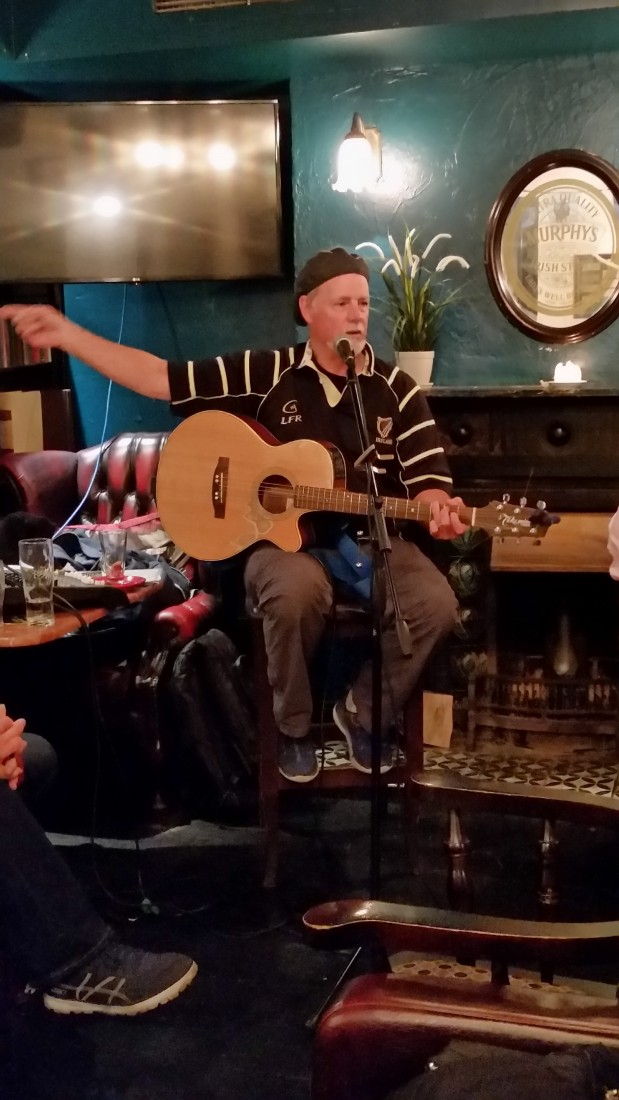 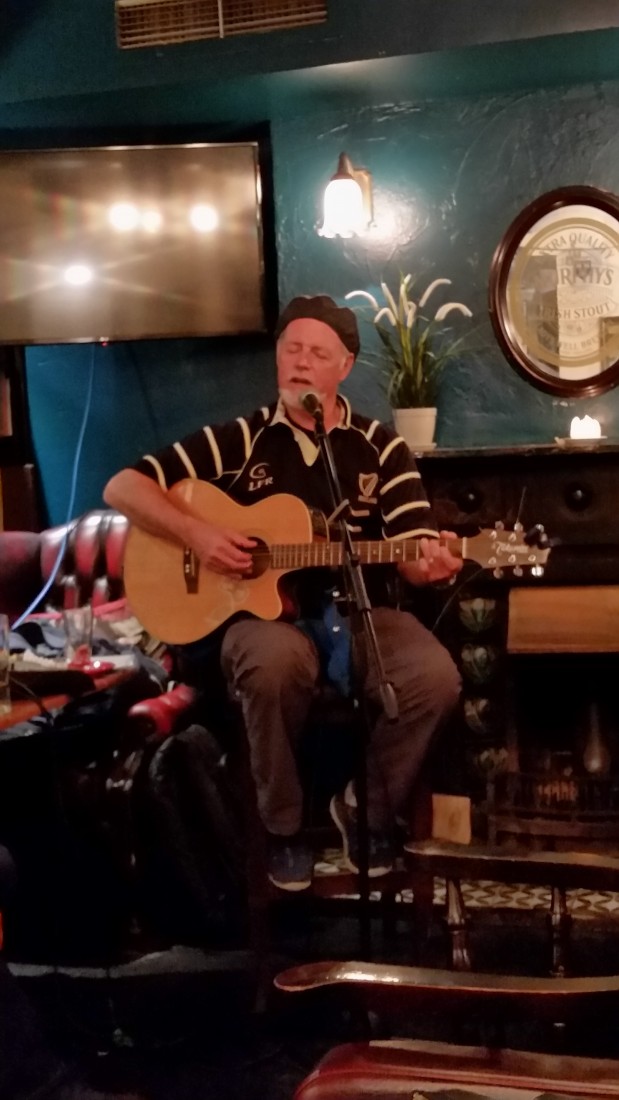 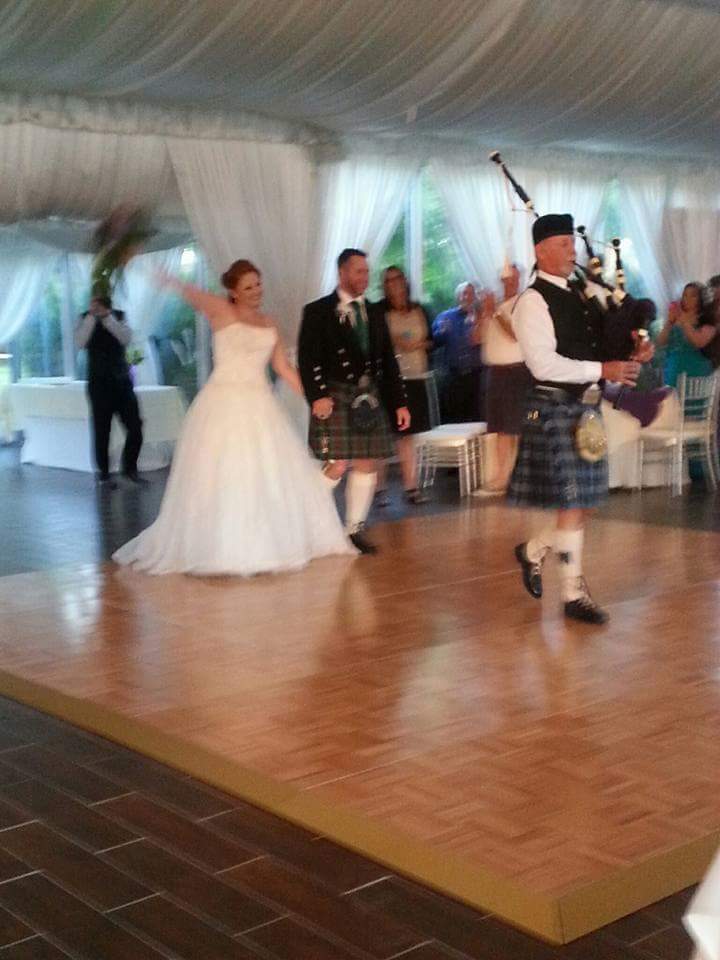 Piping in my daughter at her wedding reception

From raucous sing-along covers to quiet fingerstyle love songs in three part harmony, I can create the mood and environment for your event.

Love CD & his music! We will definitely have him back again!

CD came to play at our St. Patrick's Day and One Year Anniversary Party during the initial breakout of the Coronavirus craziness. On Saturday, he was able to play to a packed crowd, and on Sunday, it was just for us and our volunteers, really. Through all of our solidarity through that day, I think we've created a lasting friendship. It was really heartwarming and humbling for us all to realize we were in it together and CD provided some wonderful and fun music for us all in a time of uncertainty, and we will forever consider him a friend! From our Talnua Family, thank you CD!

C.D. was fun to listen to, had a great song selection, was personable, funny and engaged the crowd. We had many comments about how nice it was to have live music! I would highly recommend C.D. for your corporate or private event!

C.D. Clark arrived early for his performance, which was helpful. He sang songs people should know and encouraged folks to sing along. I must say he did a good job with a slightly stuffy crowd! I enjoyed his performance. I'm afraid we also rushed him because our program got held up in the beginning, but he was understanding about that.

CD Clark Is An Excellent performer!

CD arrived early for setup, he was professional, outgoing and personable. He asked all the right questions and touched bases before the performance so we were on the same page and relaxed. I sensed that I could have complete confidence in him as an artist and his performance and he did not disappoint. He helped make our event a success! I highly recommend CD Clark, as he is a great performer and person. He will make your event extra special!

C.D. was PERFECT for our art reception. His song selections and energy were spot on! I would totally recommend him and book him again.

Thank you so much Wendy! I had a great time!

C.D. Is a true professional with the passion of an artist!

C.D. Played at a house cocktail party. He was great with requests and sharing the spot light.
Several guests requested his card for their own events. C.D is a kind and delightful person. Fabulous guitar player and singer.

What a wonderful review! Thank you for the opportunity to entertain your guests. I had a great time. Thank you again.

CD performed at our company Christmas party held at my house. He was wonderful! Amazing voice and so great to work with!

Thank you Sara! Looking forward to your summer soire and hope you are feeling better.
Thank you again for the opportunity to entertain your friends.

C.D. was a true professional musician at our event. Wonderful voice, plenty of good Irish songs, and heartfelt poems. Will hire him again. Our crowd loved him.

Thank you so much Patricia. Looking forward to the next time.

CD was wonderful. His musical talents are exceptional and his song choices were spot on. We really enjoyed the event and would highly recommend him.

Great even with a cold!

We hired C.D. for our recent Christmas party at our home. He was very professional and easy to work with. His voice and acoustic guitar playing sounded beautiful in our home. This is even after he called to let me know he did catch a cold and wasn't sure how it would go. Several of our guests complimented us on our choice and asked how we found him. Thanks for making our party a hit!

Such a super night! CD was do entertaining and fun! Highly recommend him!

I had a great time listening to craig at a local bar one night. He was a good singer awesome guitarist and wasnt afrqid to askfor crowd participation when necessary for the song. The highlight if his set was when he did an acoustic guitar version of Billy Joel's "Piano Man" and it was amazing

The kids let me pick the music for the rehearsal dinner, and I wanted an acoustic guy that played 60's music. Craig did a great job, especially with my special request for "I'm From New Jersey." Must of had 50 20somethings come up to compliment me on my choice of Craig. The kids loved the music, and many were astounded by "I'm From New Jersey!" Would gladly use him again, but unfortunately that probably won't be until the first baby comes along!!

I really enjoyed listening to Craig. I loved hearing relaxing folk music surrounded by friends, eating and drinking! It was a great way to spend a Saturday night.

Very talented. Great voice and guitar player. Played according to the crowd to create a great vibe and energy.

A "must see" performer

Craig is a consummate performer! His skills as a guitarist are complemented by his harmonics and voice. Always friendly and smiling he makes the audience feel welcomed while being entertained with favorite tunes. He puts on a show well worth seeing.

Sound was great, amazing harmony, great music line up! Looking forward to the next show for sure!!!!!

I am a very respectful artist with great stage presence. I prefer to not play loudly therefore facilitating an environment that is conducive to patron conversation, sing along, or easy listening. My 'sound' is melodic and full of harmony vocals - I use a vocal harmonizer to create backing vocals. This is always fun for me and unique for the audience in that it seems as though there should be more than one person on stage. and speaking of one person, I have a small footprint - I don't require much space and my sound system is very compact. That being said, my equipment is tailored for groups of 100 people or less.

My folks bought my first guitar when I was 16 and it soon became my best friend. I’m self-taught and learned finger style by watching folk singers of the 60’s, 70’s and 80’s like Arlo Guthrie, Bob Dillan, Gordon Lightfoot, Paul Simon, James Taylor, Noel Stookey, Joni Mitchell, Steven Stills and John Denver, all of which have influenced my musical tastes. The rhythm part just seemed to come naturally.

My Dad was a singer. He had a great voice and would break out in song every chance he got. My earliest recollections are of him singing old army ski songs with his 10th Mountain Division buddies. He had a love of classical music but also the music of his time, music full of melody and harmony. This was the home I was brought up in so I naturally gravitated toward folk music, first – because of the abundance of harmony and second because it didn’t hurt my ears. When I first heard Crosby, Stills, and Nash sing Suite Judy Blue Eyes in 1969 I thought I had died and gone to heaven! Loud rock concerts were never my thing but small venue live acoustic music…now THAT was perfect for me.

I have a penchant for ballads. There are ‘feel’ good songs and then there are songs that move the emotions. The lyrics of a ballad not only tell a story but exude emotion and pathos such as ‘I Can’t Make You Love Me’ by Bonny Raitt, ‘I Just Can’t Say Goodbye’ by Chet Atkins, ‘Conversation’ by Joni Mitchell, or ‘Desperado’ by the Eagles. But not just pathos…Joy as well. Songs like ‘How Sweet It Is’ by James Taylor, ‘Don’t Mess Around With Jim’ by Jim Croce and ‘Wild Rover’ an old traditional Irish tune are full of fun and gladness. I try to imagine what was going on in the heart and mind of the song writer when they composed the lyrics and I try to sing them the emotional investment they deserve. There are times I can’t get through a song without tearing up when one touches me deeply or a chuckle when one tickles my funny bone.

Technically, I am extremely simple - I only require a single 'stable' 110V outlet and a standard chair with no arm rests, and a backrest for me and a second chair without arms or small table for my mixer. A non-carpeted surface is also preferred as my effects pedals have a tendency to 'travel' on carpet.

I can be ready to go from scratch within 15 minutes.


and a couple hundred more....adding all the time and will learn special songs at your request