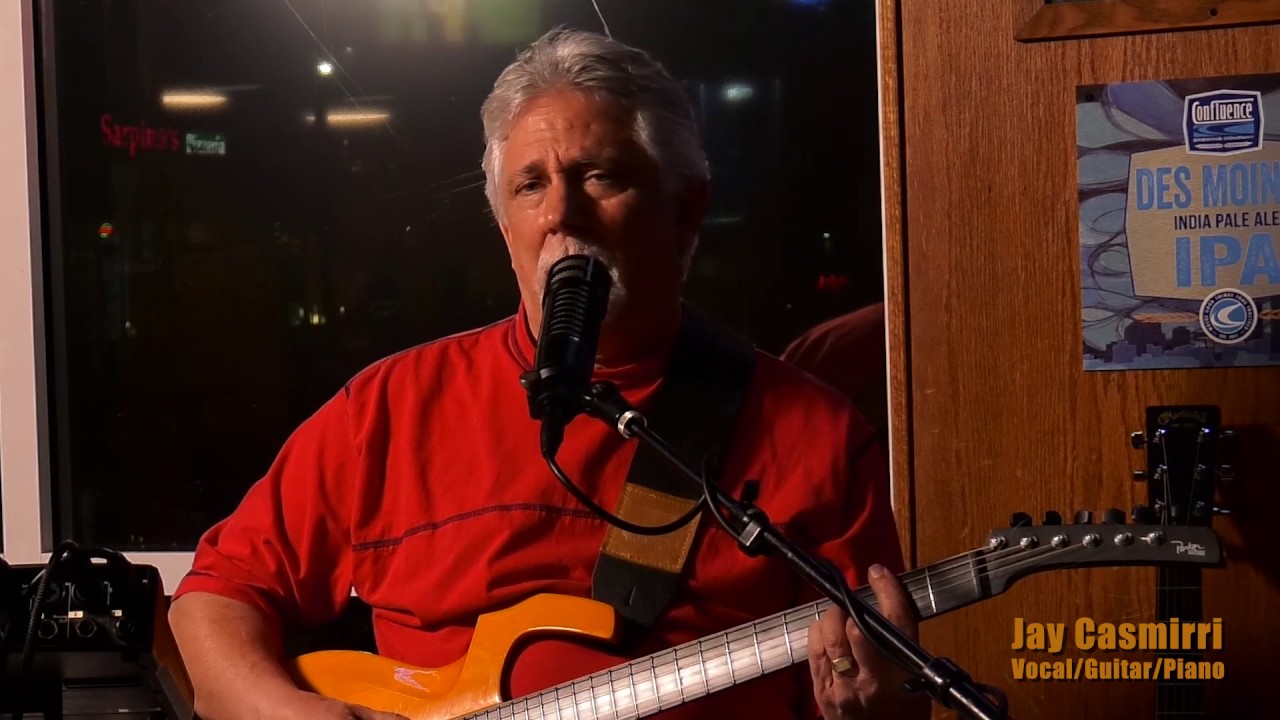 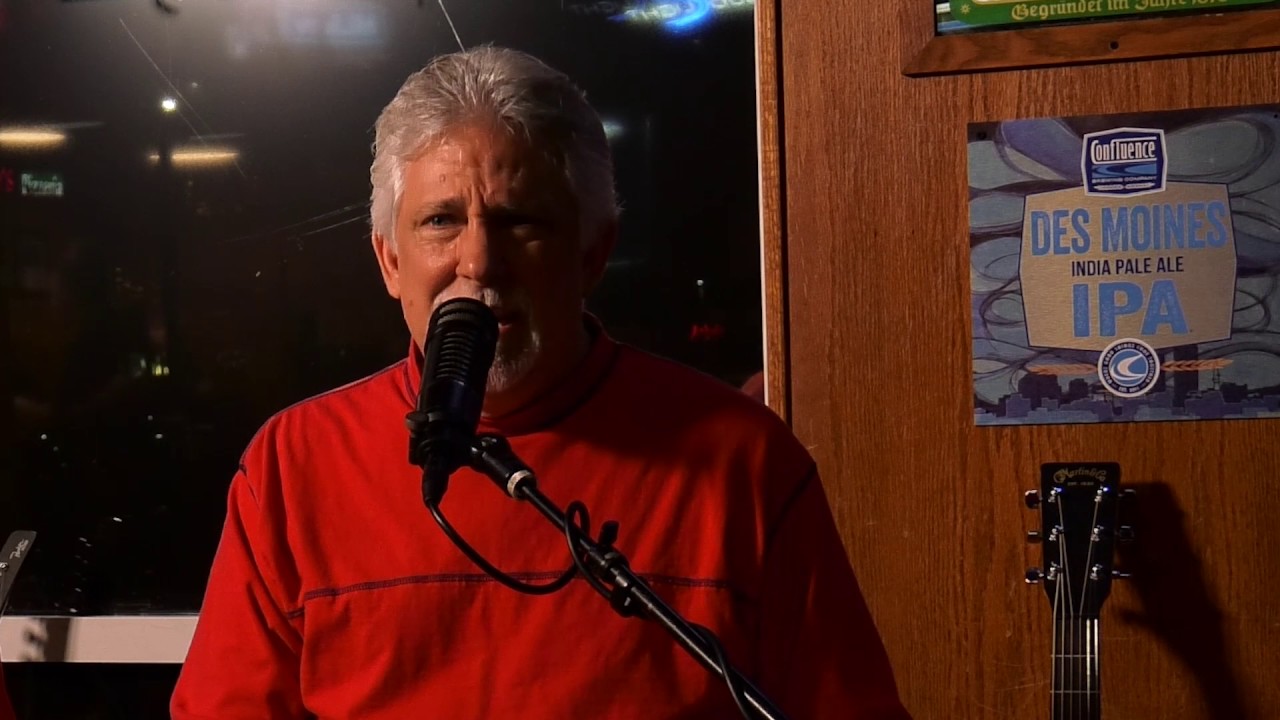 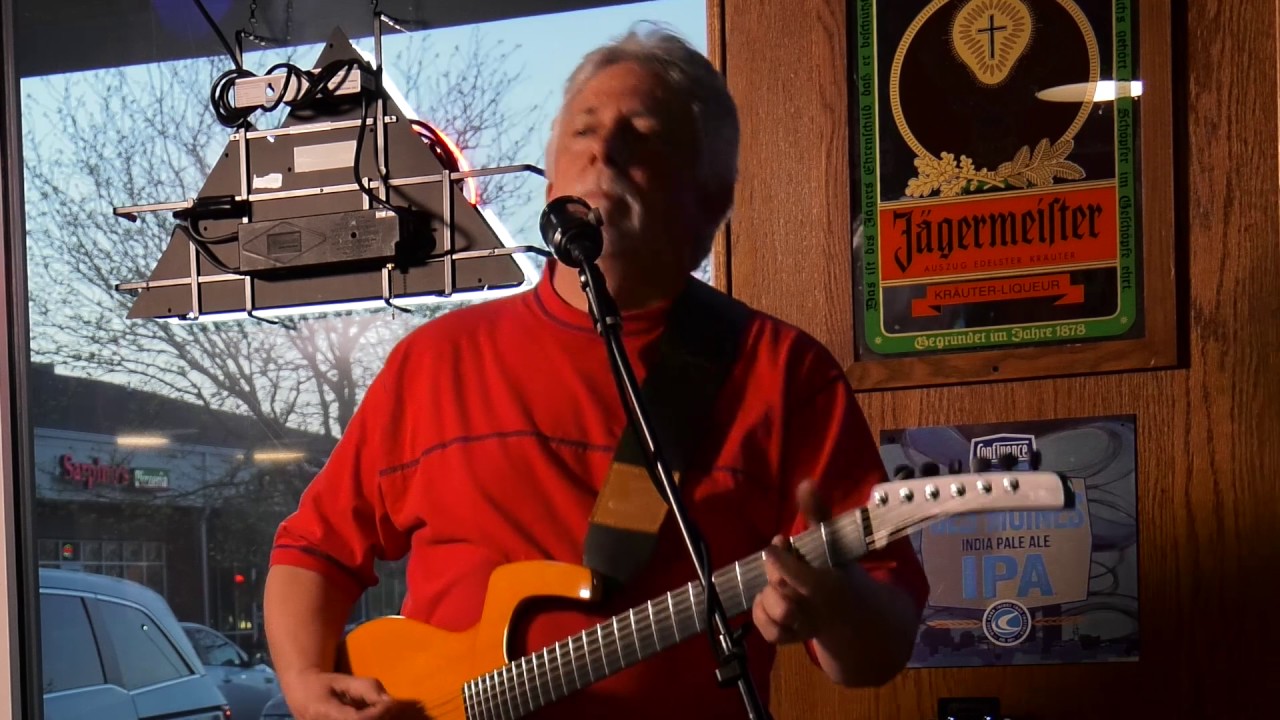 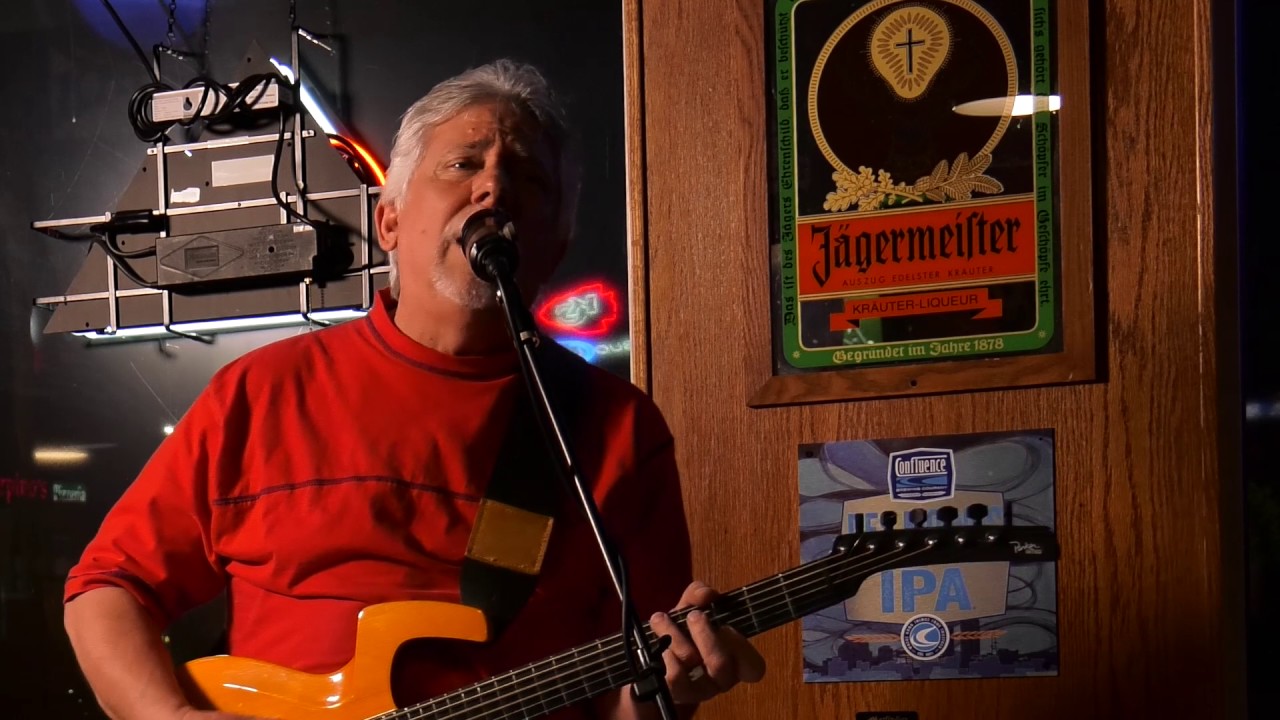 Jay Casmirri - Fishing in the Dark 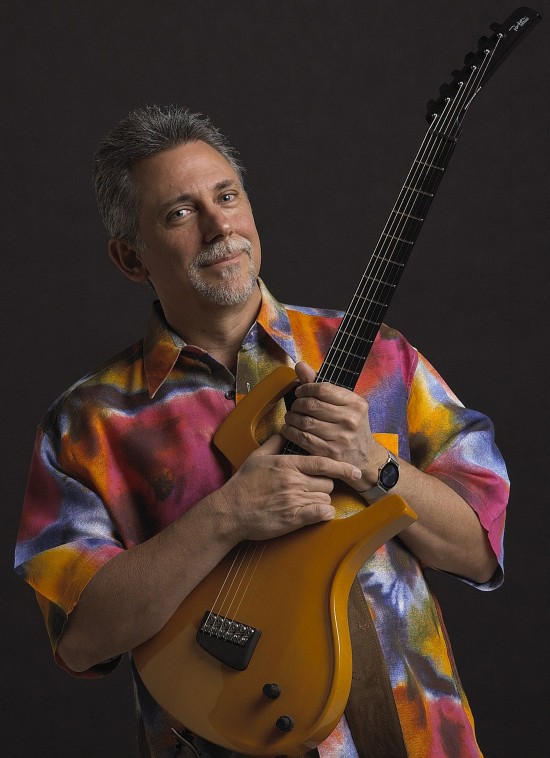 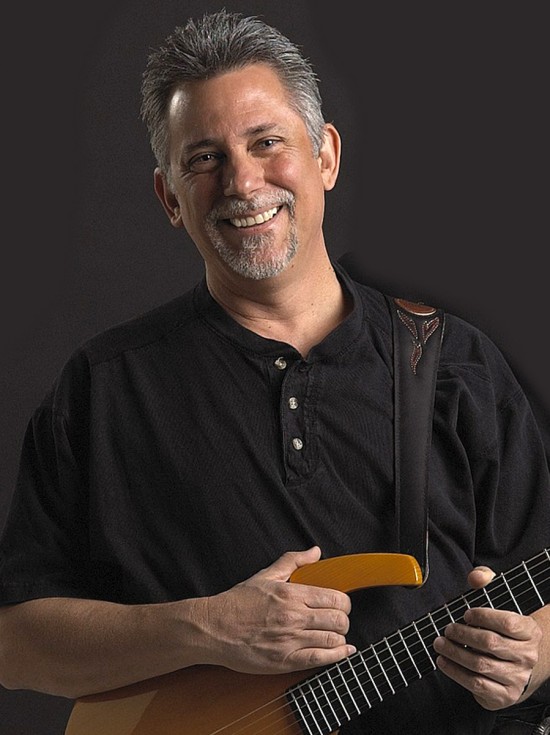 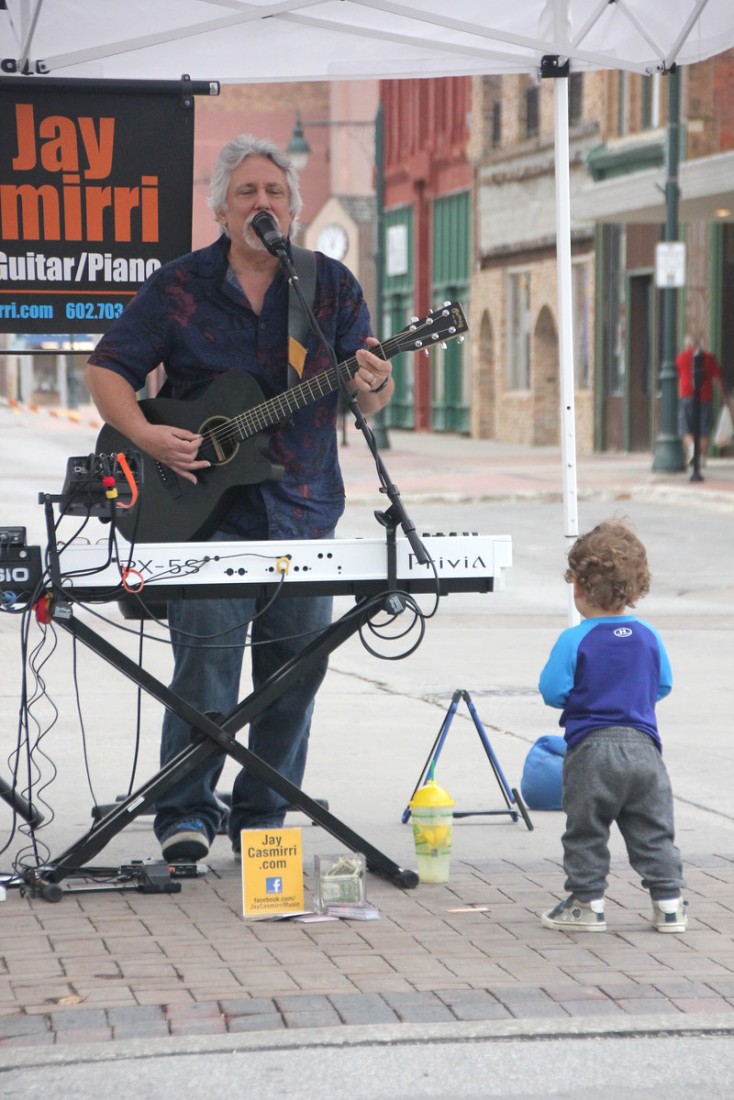 Audiences of all ages love Jay! 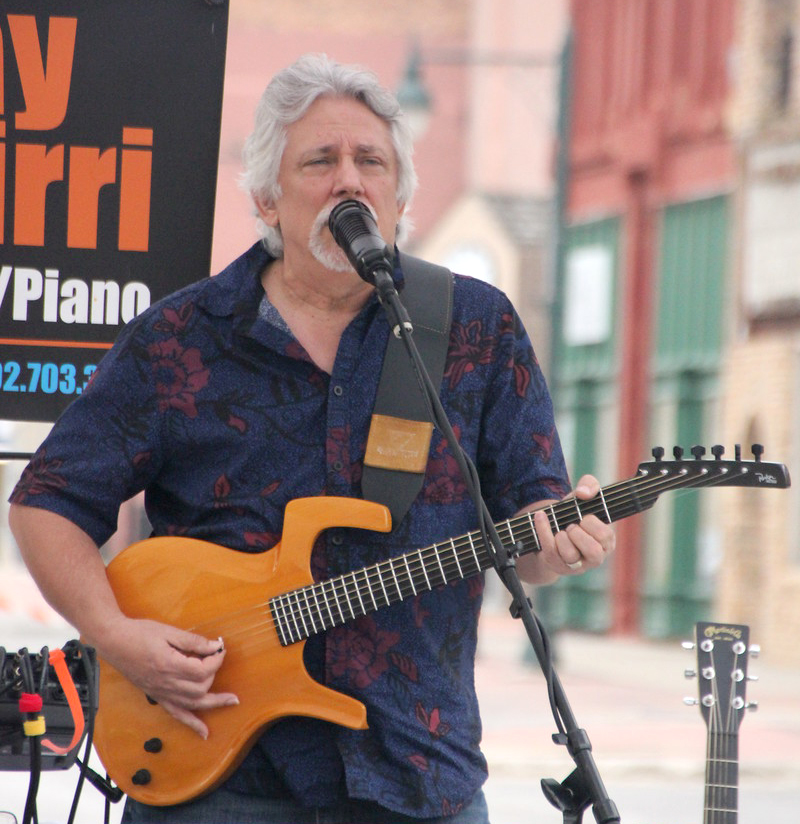 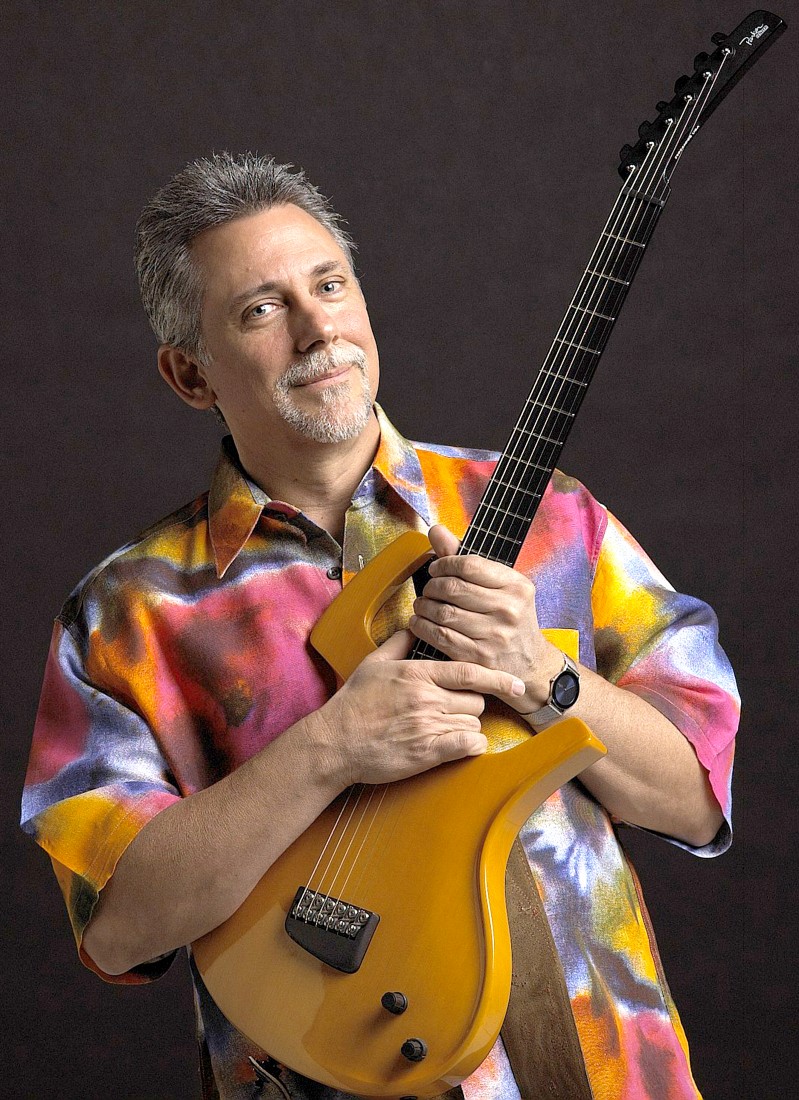 Looking for a crowd-pleasing entertainer for your next event? Jay Casmirri will treat your audience to amazing vocals, acoustic guitar and piano on favorites from the 70's to today. Currently, Jay has relocated to the Denver area after appearing at venues all over the Midwest for the past eight years. The Eagles, Billy Joel, Elton John, Steve Miller, Alex Clare, The Beatles, Oasis -- these are but a sampling of the selections that thrill audiences wherever Jay plays.

An amazing time had by all. Very talented. Great music selection and super easy to work with.
I asked Jay if he would MC the whole wedding reception instead of just play music. He nailed it! He helped keep us organized when we weren't.

Jay is great and did a wonderful job for us. Highly recommended.

Thanks, Randy. Your idea to have me MC, DJ and play live music made for a very fun night for me. You have a great group of friends and relatives, too! Thanks again for making me a part of your night!

We had a great night listening and singing along to Jay. He has a great voice and the guitar added to the experience. Jay interacted with the group and was a perfect entertainment for my wife’s 40th Birthday Party.

Thanks, Ryan, you have a great group of friends. Thanks for making me part of your party!

Jay did our event and we could not have been more pleased. His demeanor, talent, song selection and overall experience was fantastic. We would certainly hire him again and would recommend you do the same.

Really loved Jay’s performance at my wife’s birthday. Everybody enjoyed his songs and he is a true professional. Would definitely recommend him for any event!

Thanks so much for choosing me for the party. You have a very gracious and sincerely nice group of friends and family!

Jay did an amazing job at our block party. Excellent! Everyone was really enjoying his music. We will have him play for us again.

Thanks for having me, Roberta. I really enjoyed meeting you all and playing for you. I do hope to see you again!

Great voice and easy to work with

Really enjoyed having Jay open our HOA's first "mini fest" in our park. Our audience really enjoyed Jay's smooth voice, and he was a perfect way to kick off our three-performer event!

Jay played my father‘s retirement party and he was a hit. I highly recommend him for any of your events!!!

Jay is friendly, easy to work with and gave a great show! We would definitely recommend him! We had many, many positive comments and requests for his contact information. Jay was a big hit!

Jay did a outstanding job and is very professional. I would recommend Jay for any event .

Jay was so great that I wished we would of booked him for the main show later in the evening. He is so versatile in his music and has such a joy to him! He was so awesome that I had to talk to him before leaving about doing a cocktail hour for my wedding this fall.

You won’t regret having Jay!

We hired Jay to play for a birthday event. Not only were his vocals and music great, he interacted fantastic with our guests. We would definitely hire him again, you will not be disappointed!

Jay was fantastic for our holiday party at our house. Everyone loved him and he was great to work with! He has a wide range of music so I'm sure he can do whatever people want! We will definitely have him play again!

"A Good Time Was Had By All" explains it well. Jay entertained at a private party that we attended Saturday. Even though we went for the friends, food and drink, Jay was the icing on the cake. His song selection, talent and ability to keep the small crowd engaged is everything you’d want. It was easy to see that he was enjoying it about as much as we were. Check out his play list. If that’s your kind of music, he’s your guy.

Jay was great for our Christmas party, played great mix of music, took requests and engaged the crowd. He was very professional. I would definitely recommend him!

Jay is a true professional and an amazing singer. He is very talented and made our wedding memorable. Great vocals in addition to playing the piano and guitar. Cannot wait to hear him play again.

Lisa - thanks so much for taking the time to review me, and for making me a part of your special day! I truly enjoyed playing for such a nice group!

It was perfect for what we needed at the time slot. Jay is a great guy and a very talented musician. Highly recommended!

Planning another event just for an excuse to hire Jay again!

We were planning a 2 year Anniversary Party for Stork Orthodontics and were looking for some live music. I was very nervous to hire anyone because I wanted talent that everyone could enjoy and we could be proud of. Hiring Jay was the best thing we could have done. I received so many compliments and patients/parents kept asking for his name and information to hire him for their events. I was so sad when the event ended- I just wanted to listen to Jay sing/play some more. I would highly recommend you hire Jay. He is an awesome talent, has a great personality, is easy to work with, and worth your investment for entertainment.

Jay was outstanding as he played for over 4 hours at the pine lake country club in Eldora April 11, 2014. He has a great voice and is very talented with the guitar and the key board. All he did was play and sing. He took one 10minute break. He did not self promote or try to be a wise guy. He was a real crowd pleaser, playing a great variety of 70s tunes. I booked him for another event this summer. He is very reasonable and all the guests were very impressed.

Talented & Personable, Great Variety for all to enjoy!

We had Jay for a reception for our national sales meeting. He performed throughout the reception, and was very well received. Jay does a great job, and has the ability to perform many different styles of music, which is great for a group of different ages, backgrounds, etc. We enjoyed him so much, we had him perform at a different corporate reception also.

Enjoyed every minute of Jay's performance!

I, as well as many others who attended my 30 year class reunion thouroughly enjoyed listening to the music and vocals Jay performed at our event. It made for a very nice environment for others to mingle and yet converse that evening. We also liked the selection of music he played as that brought back memories of our youth! Kudos to Jay!

The songs were good and he sings them very well.

Amazing performer for the masses

I've been listening to Jay perform for over 20 years now. His vocal style and ebullient, playful charisma just adds to the overall enjoyment of his gigs. The crowds always dig him and he loves requests.

Jay Casmirri is an amazing singer, as well as playing great arrangements on guitar and piano on a wide range of songs that please a wide range of audiences. Sometimes a little bit rock, sometimes a little bit country, with tons of old favorites and some of the best new songs as well, just to be sure that everyone is happy. Full sound systems in several configurations included, along with stage lighting when needed. Just show Jay where to plug in, and he'll take care of the rest!

Jay Casmirri is a vocalist who accompanies himself on both guitar and piano (not at the same time!). He has an amazing voice, and plays songs that prove to be crowd-pleasers at every performance.
After almost 30 years of being a part of the Arizona music scene, Jay relocated to Des Moines, Iowa in 2012, then on to Denver in 2021. In Arizona, he fronted the popular duo "THE BLENDERZ" for 15 years. Prior to that, he provided lead vocals, guitar and piano to several valley bands, as well as soloing since 1980. Also a songwriter, Jay composed a song entitled "Let It Light Our Way" as a fundraiser for the Space Shuttle Childrens' Fund (which was used at the Challenger Memorial Visitor Center for many years) and wrote and engineered an original score for the independent film "WAR".
He has also written, performed and recorded numerous jingles and radio spots, including his recent writing and performance of a song for SEVEN CLANS CASINOS in Minnesota through his now-Denver-based creative company, Vivid Gray, Inc.
These days, Jay is dedicating more of his time to performing live music, and looks forward to meeting you at his next appearance around Colorado.

Jay is a very flexible performer and despite playing both piano and guitar, can set up in a very small space, or can cover 1,000 or more in an outdoor setting.