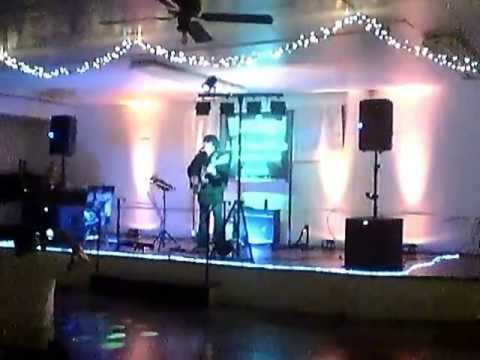 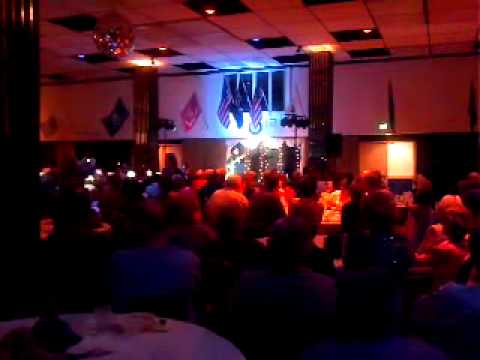 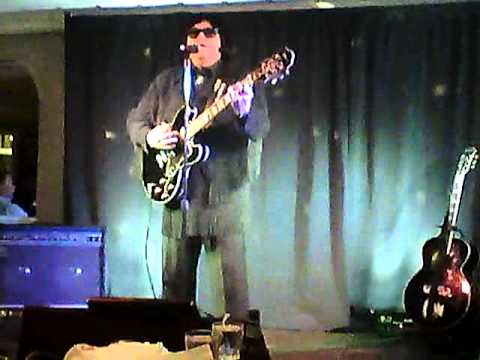 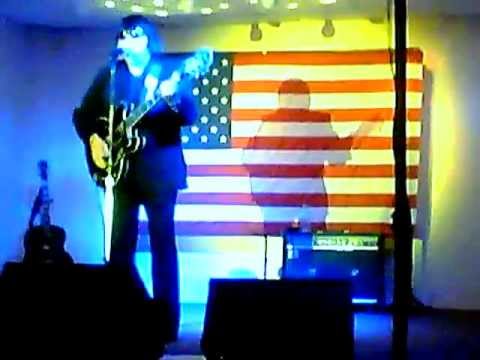 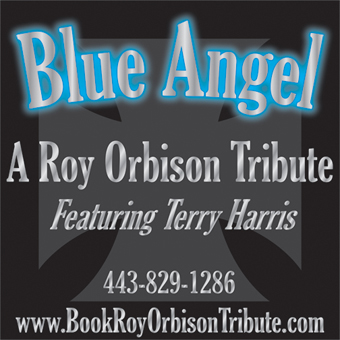 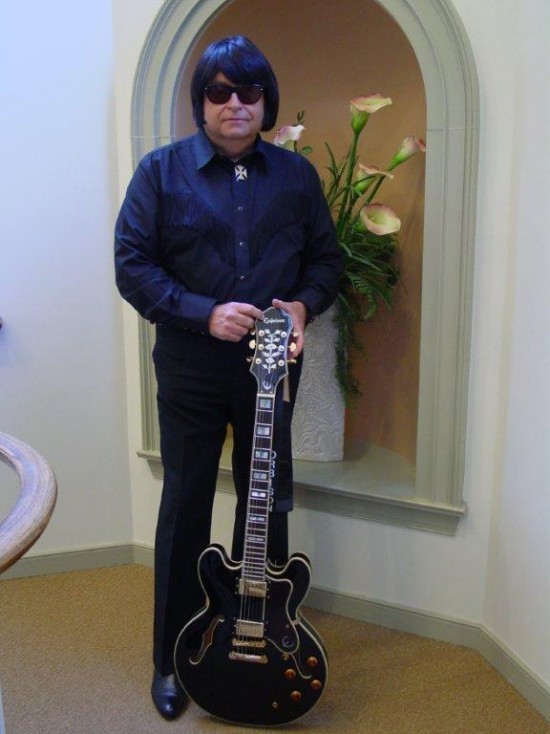 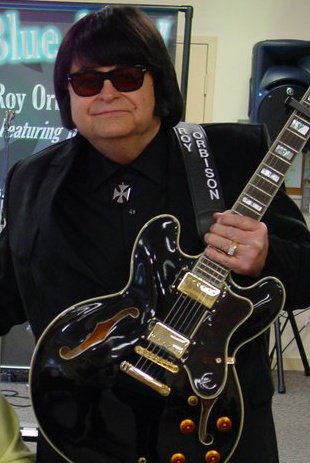 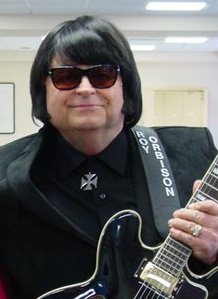 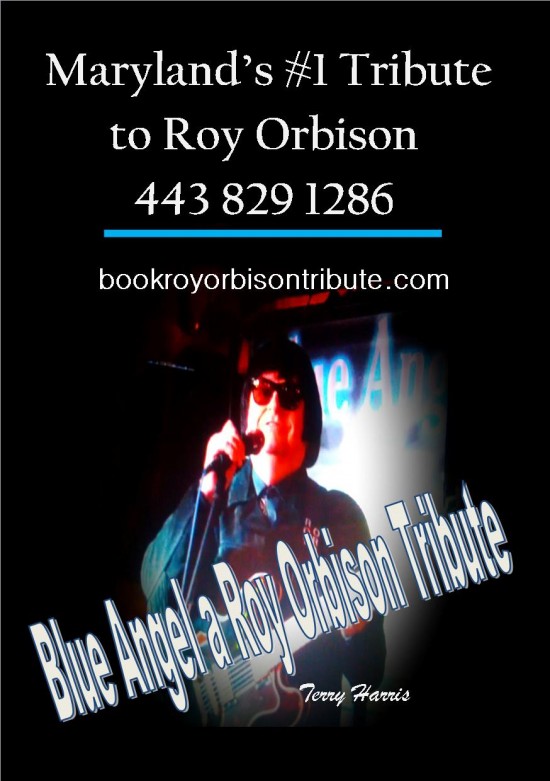 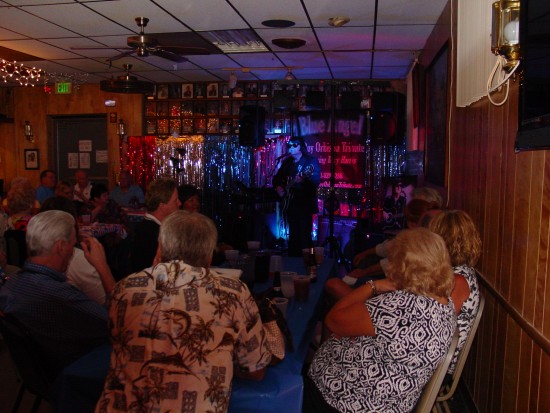 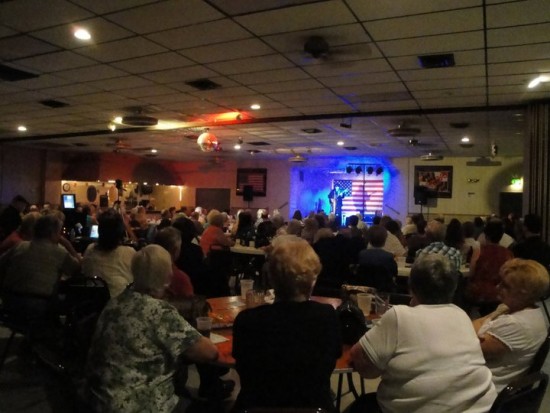 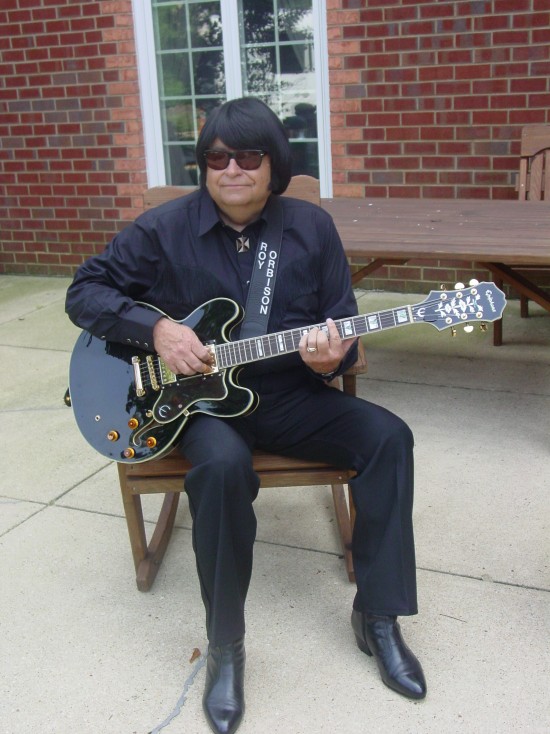 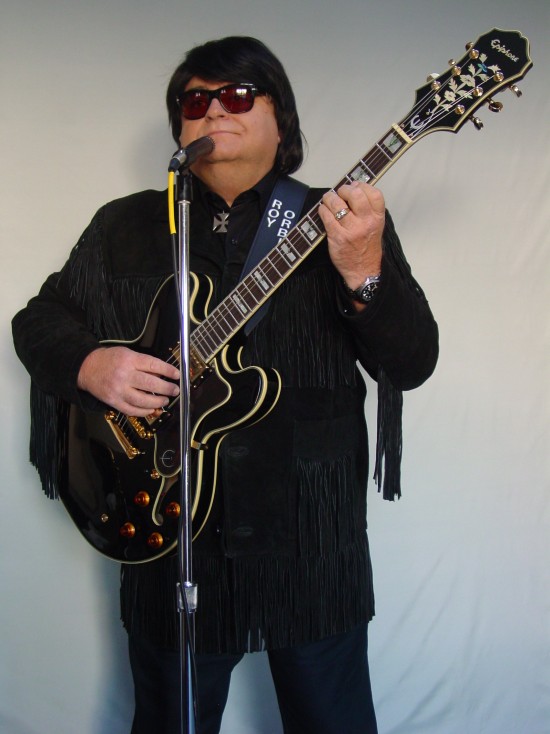 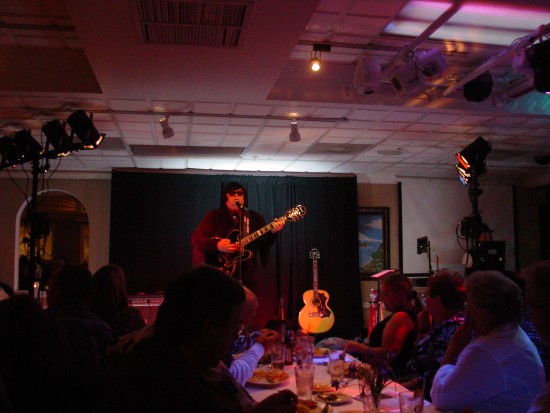 Looking for a first rate Roy Orbison Tribute artist? " Terry Harris " performs his solo Roy Orbison tribute show which mirrors the image, look and sound of the legend Roy Orbison. Bring back those glory days of the big "O" with this 60 90 or 120 min. show featuring live vocals and guitar, with professional backing tracks and equipment. A complete self contained show that you and Roy would be proud (link hidden)is unique show suitable for many venues, can help make your next event a success..Featured on Fox 45 News for Roy's Birthday 2013,I perform as Roy Orbison and only Roy Orbison so I can make this the very best tribute to Roy available..2013 Inductee "Maryland Entertainment Hall of Fame"..

Terry Harris made the evening

Terry Harris is Roy Orbison, his mannerisms, his voice. He is definitely a five star act. He played at my 70th birthday party ( which was a surprise party) that will leave me with many great memories.He is a very warm person and full of personality. I definitely hope that I will be able to see more of his performances. Being a big Roy Orbison fan, I was totally impressed with his presentation.

Terry Harris came to Womelsdorf, Pa to perform at a fundraiser my Ladies and I put together for the fire dept, it was eight months in the making, and the excitement for our show was measured by the amount of comments we got from those in the crowd.

We were absolutely in awe how much Terry sounded like Roy, how much love he put into every song, and his whole show on Roy even down to the comments he had about Roy. Those in attendance gave Terry six standing ovations when he did Its Over, Crying, In Dreams, Leah, Running Scared, and Pretty Woman.

His show included for us the first time "Afraid To Sleep" and many other songs that are rare that normally Roy would not have been given credit for.

Along with his Country music show he did as well a little later, the night was wonderful from start to finish.

If you to have a first rate tribute artist that is as close to Roy Orbison, I can't stress enough how much this man will be for your gathering or concert. We plan on connecting with him again in 2013 for another fundraiser.

I attended yet another Roy Orbison Tribute Show on Dec.10, 2011 given by the Artist Mr.Terry Harris.. I will describe this show by using just one word.. Wow! Terry never disappoint's his audience! He is truley a professional, and Roy would be proud that this Artist is on stage, and singing his song's. Mr. Harris has a terrific voice, and great stage presence. He looks, and sounds like Roy Orbison! He plays the Guitar very well. His sound system, and lighting, are quite good. Terry Harris talks about Roy during his show, and you can tell that he cares about Roy, and that he is very knowledgeable when it comes too this mans music, and his life. I encourage you to see his show, if at all possible, or to hire Terry Harris, as Roy Orbison, for your special event!! Always a standing Ovation, and he derserves them, in my opinion! Mr. Harris also does a wonderful Country Show.. Some great song's!

As a Seattle-based event planner with clients in the 55-75 age range I exceeded everyone's expectations in retaining Terry Harris for a Thursday evening Rob Orbison Show, September 22nd, in College Park, MD. If you combine Terry's obvious musical ability and stage performance skills the result is a fantastic, if not wonderful and truely accurate rendering of an American music legend; he's the real deal! Terry's vocals, timing, and stage demeanor were "over-the-top"; you listen, you watch, and you enjoy immensely. He's undoubtely in a very special class of dedicated musicians who have the actual ability to be a "tribute artist." I could have really used Terry last week in Chicago when I MC'd my 50th high school reunion . . .he would have knotched it up to a 5 star rating!

This was my third time in seeing this Roy Orbison Tribute Artist! Needless to say, I loved seeing Terry Harris perform as Roy from the very beginning, and I was definately wanting more! Terry looks, and sounds like Roy Orbison. He plays the guitar very well. He is truely a professional in every way. Great equipment, and great sound. Last, but not least, Terry really does care about this man, and his music.. Roy Orbison. I've seen Terry Harris receive standing ovation's, and many people have asked for his autograph. Some just want to tell Terry Harris, after the show, how much they enjoyed his show, and how much they loved Roy Orbison. You won't go wrong if you decide to see Terry's show, or if you decide that you would like to hire him for your special occasion. This is a man with integrety! I plan to see this show again!

This was our first time attending a "tribute" show and we were really excited that "Roy Orbison" (Terry Harris)was one of the acts. Roy Orbison was always a favorite of ours. There were a total of six performers that night, but Terry, in our opinion was the total package. He had the look, the style and sound of Roy. We were totally blown away with his performance. We have already made reservations for his next performance.

What a fantastic show Terry performed as a Roy Orbison Tribute. We saw 6 different performers at this show and enjoyed this one the most! His look and singing was right on target. We didn't want the show to end. You couldn't ask for anything else from this performer, he has it all.

Absolutly the best Roy Orbison since the real deal. Terry has the look, sound and showmanship down pat. A truly great entertainer, my family and I enjoyed the experience, great job and thanks for the oppurtunity to remember one of the best singer, song writers ever.

This was the second show I worked with Terry. I do sound and ligts. I've been in the live music business for over 40 years and Terry the's real deal. He puts on a great show filled with energy. If you like Roy Orbison, you'll love having Terry at your next event.

As close as you can get with this artist's interpretation of Roy Orbison, without it actually being Roy himself! Terry has got the voice, the mannerism's, and the look of Roy down pat! He really cares about Roy, and his music. He offers information about Roy during his act which is intersting, and it's nice to hear some fact's that you may have not known before about this great man. Terry plays the guitar well, and his sound system is the best. You won't be sorry if you decide to go and see this wonderful entertainer's show, or if you should decide to hire him for your special occasion!

Saw Terry Harris perform a tribute to Roy Orbison along with a few other entertainers. Terry definitely stole the show! Had a great mixture of interaction with the crowd and stories/thoughts on Mr. Orbison. His singing and resemblance to Roy were spot on. Would absolutely catch his show again!

Having seen Roy in concert in 1988 in Baltimore, I strive to bring back that concert feeling to my audience, as I tell the story of roys life and songs through narration and music. A great tribute is as much visual as it is about sound, so no detail is over looked right down to the way Roy held the guitar, or his stance at the microphone. Simply,I love what I do ,and when the last song comes ,I wish it wasn't over. I want my audience to feel the same way and say, wow, that was something special..

Always professional and affordable, Terry was Inducted into the "Maryland Entertainment Hall of Fame " in 2013 so you can be sure this is one of the best Tributes to Roy Orbison available today...

complete self contained show with all new professional grade equipment, provides clear distortion free sound suitable for many venues from small to mid size events..
Need more then a 90 minute show,ask about terry's country music segment,when added to the roy tribute can provide up to 3 hours of entertainment..

Roy Orbison has always been my Idol, I love the complexity and beauty of his music, But I also lean toward oldies and clasic country music such as Johny Cash, Alan Jackson or Conway Twitty

If we have 8x8 foot space and electric ,we can make it work... 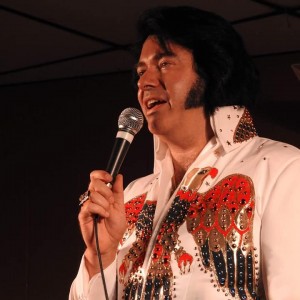 Karen R. said “Robert was awesome everyone had a great time.”

Houston MacPherson is a Las Vegas-style entertainer who packs over 50 celebrities into his multi-faceted show. He performed his one-man show in the main showroom…

Julianne B. said “Mr. Tim Beasley did an excellent job at my wife's birthday party. Not only did he sing all of Neil Diamond's greatest hits, he sounded like him, too.…”

Jodie R. said “Ronnie was truly amazing!!! It was a smaller Family and Friend event celebrating a milestone anniversary. He was personable , took time to meet everyone,…”