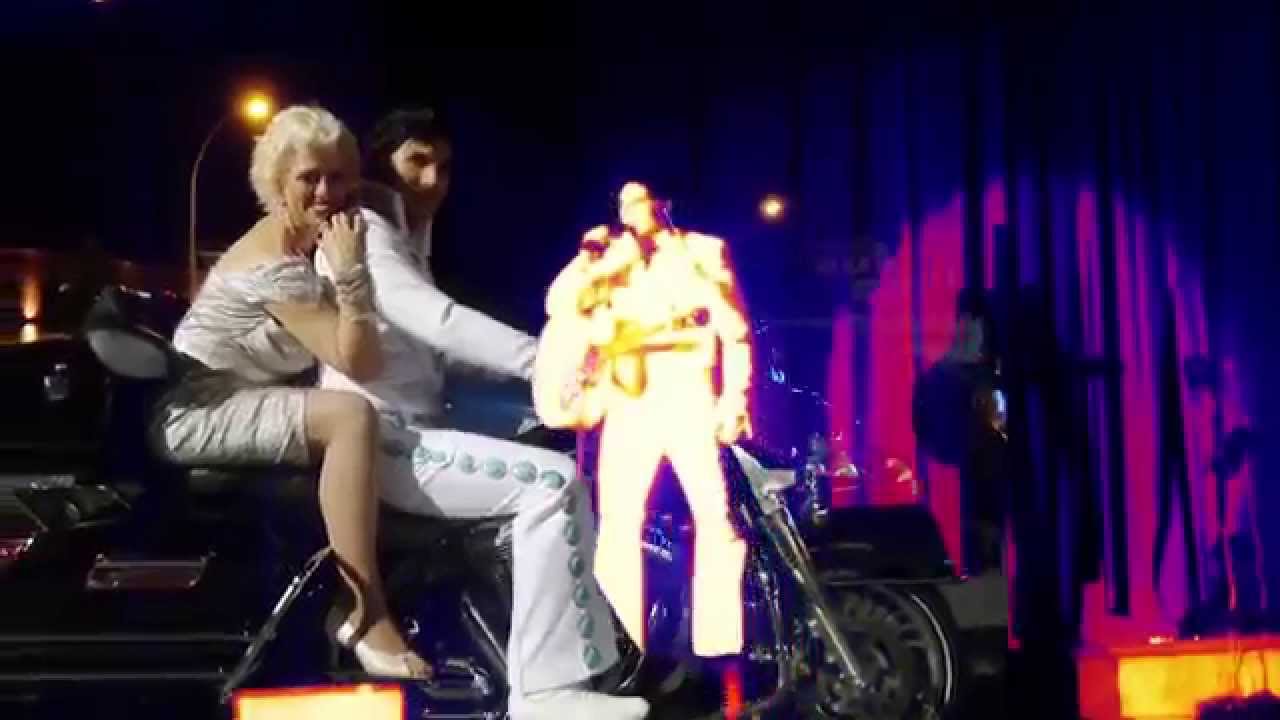 Absolutely A Must Party

Thanks so much for having us Brenda, Manny, Deloris and family! We had such a great time and appreciated all your generosity! It was an amazing celebration of the life of a beautiful lady who has given so much to her community and a great idea to throw her this well deserved night! We would come back to party with you anytime!
Love Ronnie & Marie

Ronnie was truly amazing!!!
It was a smaller Family and Friend event celebrating a milestone anniversary.
He was personable , took time to meet everyone, take pictures and is incredibly talented giving a world class performance!
We are all still smiling ! He made the night one to remember!!!

Thanks Jodie for your kind review. We really enjoyed your marvellous family and friends and the warmth extended to us. Your perks and generous tip are much appreciated!
Until we meet again Keep Rocking!

Ronnie Scott as Elvis was amazing! He was enjoyed by all. Ronnie was so willing and agreeable to providing us with more than we expected! He truly helped to make our virtual Kwak'wala Coffeehouse a great success. He performed two sets and sang all our favorite songs! It was great entertainment! We hope to have him come to our community and perform in person in the future!

Thank You so much Carole for your kind words and taking time to post a review. We had so much fun being part of your Coffeehouse and we would certainly love to meet you all in person and learn more about your amazing community!

Wendy had such a great time for her birthday! Elvis was amazing and really made her feel special. She had a smile on her face for a course or of days!
Thanks for coming to her celebration.

Those smiles were all we needed to have such gratitude and respect for the work you do! You did a great job organizing and decorating! We really appreciate the opportunity to help you give underprivileged people dignity and great enjoyment!

Marie and Ronnie helped make our Moms surprise 60th birthday a huge success! They were in great communication, came early to set up lights and a sound system. They were thoughtful about the songs, had give aways and helped get everyone up to dance!

It was wonderful to be a part of your Mom’s party. We loved how all the kids made song requests! A family that sings Elvis songs together - stays together! Thank you all so much! Love Ronnie and Marie

We really had a great time with such a responsive, fun crowd! We would come back anytime, and you’re in our hood!

Right from the start Ronnie was very personal and professional, easy to talk to and plan the greatest birthday party my mom has ever had, Ronnie and his wife Marie showed up early to set up the show, mom was surprised and very excited for the evening ahead, they both made her feel awesome on her special day. To be honest i can't say enough about that night, Ronnie moved around the room including everyone in the show and they all loved it, 53 people of all ages ( 3 yrs to 77 yrs ) signed her guest. We had some die hard Elvis fans here and they all approved , Even the younger people of the group got into the show . In between sets Marie DJ'd and kept the party going. My mom was a super star that night because of the the way she was treated and taken care, it made my year to see my mom so happy and dancing all night to her favourite Elvis songs and many others. My only regret is i didn't get enough pictures because i was way to busy having fun ! We are planning to have Ronnie and Marie back in the summer for another party ........ stay tuned

Ronnie made our 70th birthday guy’s birthday the best he said he ever had! We all had an absolute blast having Elvis there and what an amazing talent! Truly a fantastic night! Thank you!!

That was very gracious of you Leslie. It was very heartwarming to watch you all enjoy such a great celebration, especially with the grief you’ve had to endure over the last year! Like the Elvis song says, “A little less conversation a little more action please, A Little Les Bark, a little more bite, a little more spark and little less fight, close your mouth and open up your heart and baby satisfy me....”

Ronnie and Marie were amazing! We had a few parties before my son's wedding and for one of them, Ronnie brought his energy and flash as Elvis. Beforehand, we had chatted a bit and he was curious about the family, etc. During the event, he remembered everyone's names and even anecdotes about my son's longstanding love for Elvis. It was a blend of cultures, so he and Marie made sure they had a mix of classic hits, current dance hits, and Bollywood songs. Ronnie was amazing - kind, connected, entertaining, and inclusive. The party goers loved the energy and commitment that he showed to make sure everyone was entertained. He charmed the older aunties, and gave out stuffies to young and old alike. I loved it when the little kids were following Elvis around the dance floor in an impromptu musical parade. Marie kept everyone on the dance floor until it was time to shut down the party.

The part that impressed me beyond reason happened after we found out that the caterers hadn't finished their job and a bunch of us ended up washing dishes - not the perfect ending to a great evening. However, Ronnie changed his clothes, came back, and helped out. He also works as a plumber and contractor, so when the sink got plugged, he brought along his plunger!

Marie made it a memorable moment for all of us, by keeping the tunes spinning while a crew of family and friends washed dishes. I think this was one of the best memories for me - how everyone came together to help out. It says a lot about this wonderful couple that they played such an important role in it.

I would hire them back in a flash and am so grateful for their presence.

I wasn't sure what to do for my dads 65th because well when a man that has everything what do you buy? I remembered my girlfriend got a Elvis impersonator and my dad loves Elvis so I msgd Ronnie and he made it work and everyone couldn't be more pleased and happy with his performance. It was a great bday and my dad will always remember it. Thank you Ronnie, we will definitely be seeing you in the near future ?

Everyone was so impressed with the show and the interaction and the vibe that Ronnie put out to all our family and friends that attended. We have received many emails and calls from people thanking us for the best party they have ever been to and commenting on how much they loved Elvis and his beautiful voice.

Ronnie and Marie were very professional and at the same time fun, funny, so warm and friendly and down to earth.

The party was a huge success and largely due to the fantastic entertainment .

I would definitely recommend Ronnie and Marie for any type of party or event that I have in the future. And I will recommend them to the people that I know who would be looking for some great entertainment.

Thank you guys soooooo much for making my party the big success that it was. You guys are AWESOME!!

Dianna and Casey (and cute Carolyn too)

Ronnie and Marie are great people who put on a fantastic show for the 142 guest. The performance was awesome and even the jokes were tailored to our industry. It was a wonderful night and attendees are still talking about it! We thank you so much!

I WANNA DO IT AGAIN!

Ronnie and his very lovely wife Marie were absolutely Fantastic. They were extreamly professional, accomodating, and 100% fun! I can't wait to use them again for another party:)

Dear Tameka - it was a pleasure to help you entertain. You put on a fantastic party for your Mom, a great lady and you certainly put on a great party. All the best,
Ronnie and Marie

The audience will be taken on a nostalgic journey from the big bang of rock and roll through the golden years of entertainment to the Vegas Concert years.
Performing a world class Elvis tribute or with an All Star Cast of Celebrity Icons. Performing solo or with a band.
Audiences will tap their feet, clap their hands, and snap their fingers!

It Is What It Was!

Hire Pacific North West Premier Elvis Impersonator Ronnie Scott! He brings you an energetic interactive show, and works with an All Star Cast of Celebrities and has a live band for hire too!

We perform solo, with Dancing Girls to add sizzle, or with a band or orchestra for larger shows. We can provide DJ and MC services, lights and big sound to complete your event. Package Deals can make our services very affordable for any size occasion such as birthdays, anniversaries, weddings, festivals, car shows, fundraisers and corporate events.

Ronnie and Marie
It is What It Was

We have a range of sound equipment and lighting equipment for any show, dance, festival.
DJ and MC services

Over 300 Elvis Songs and pop standards by Celebrity Icons - we design the set list for each show.