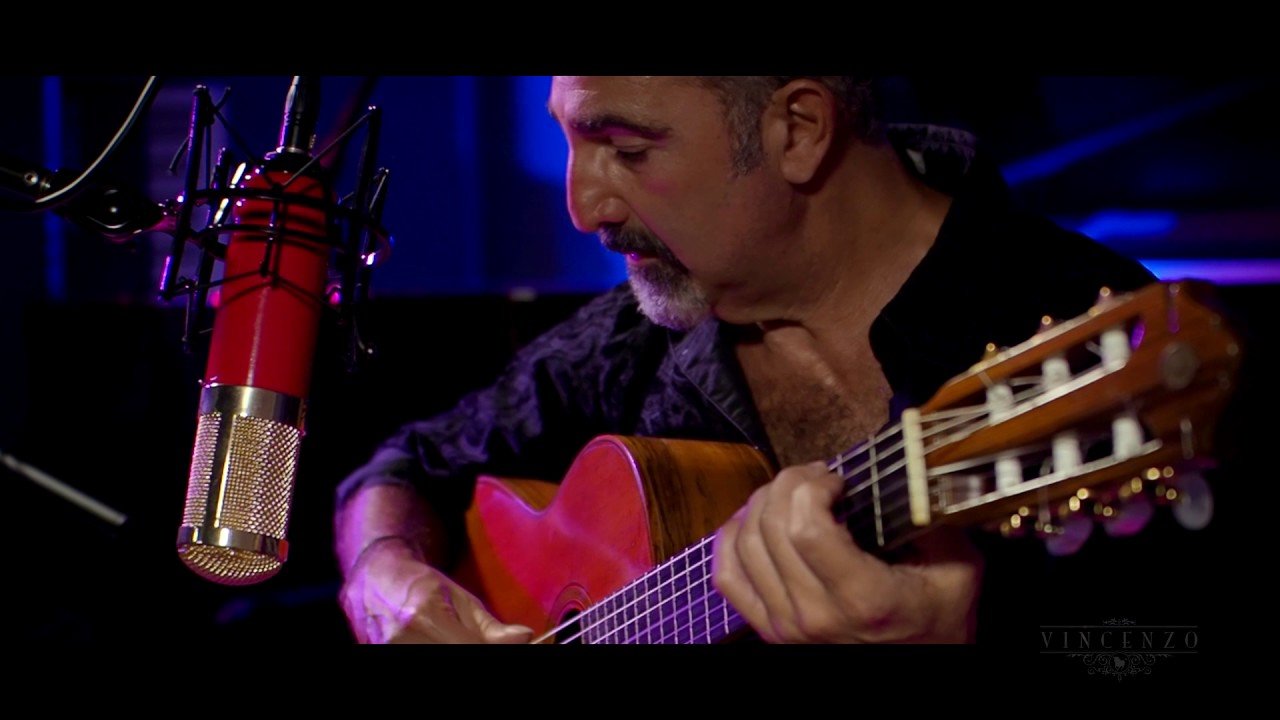 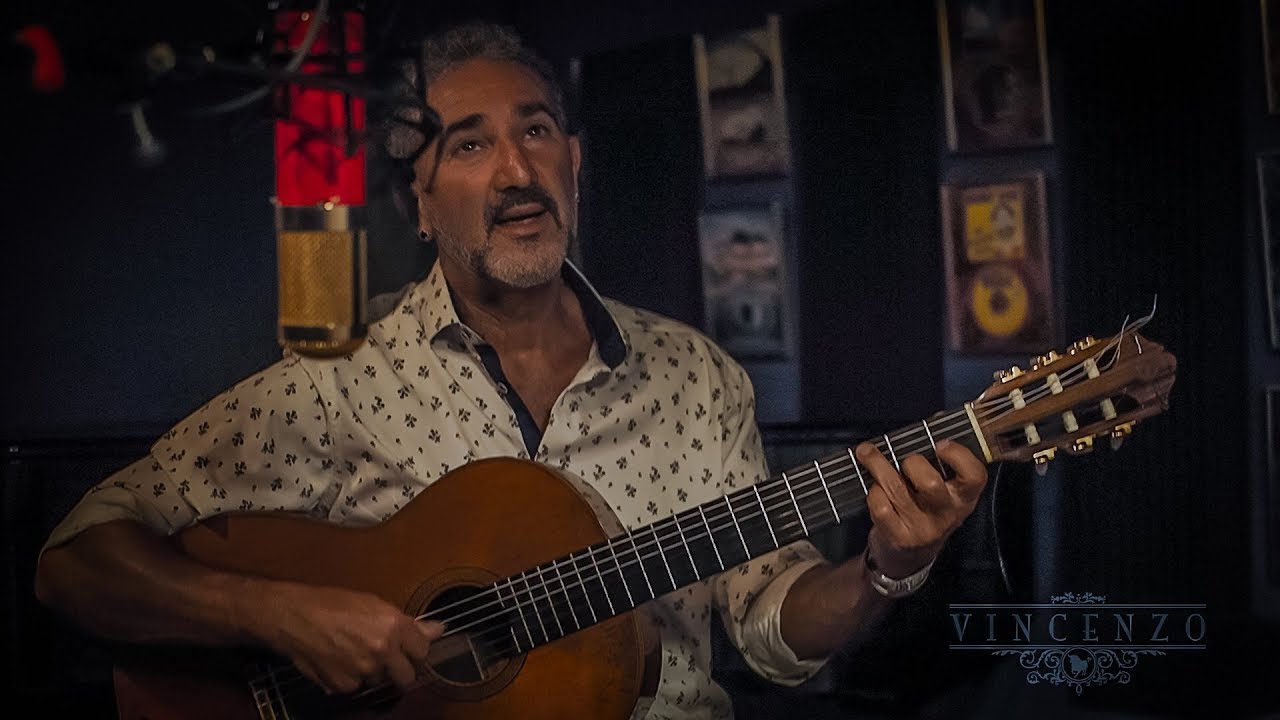 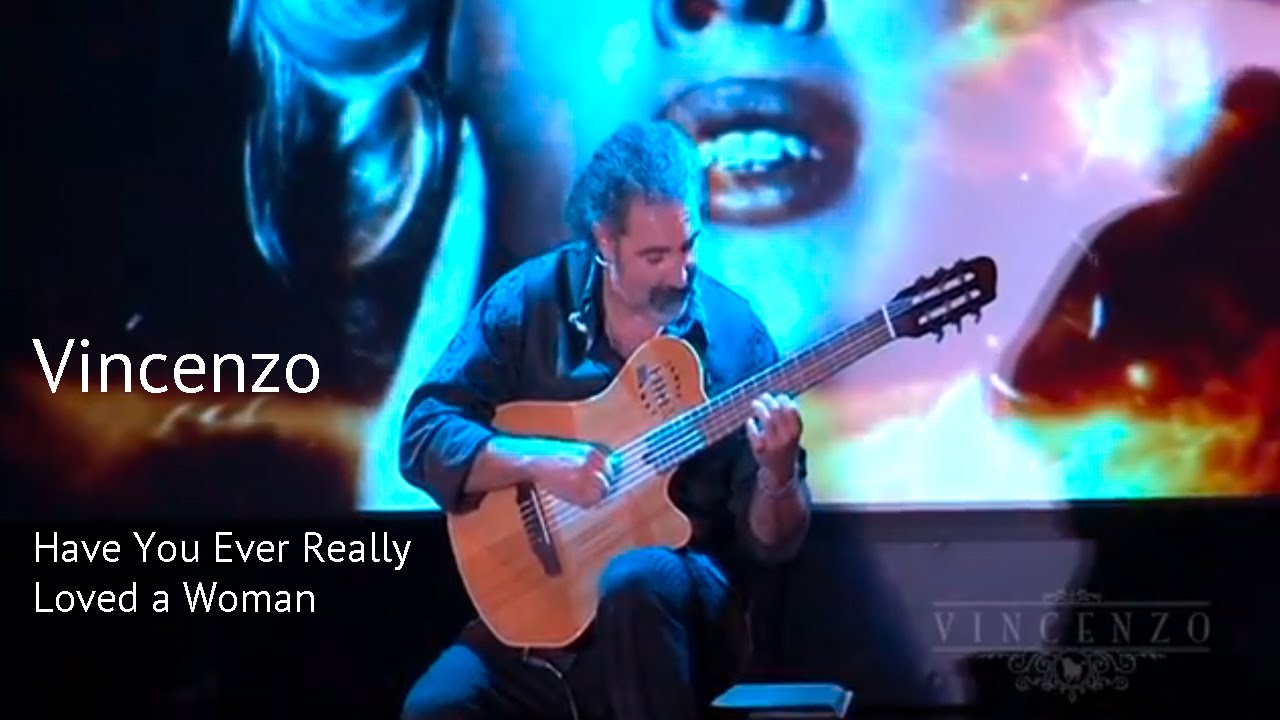 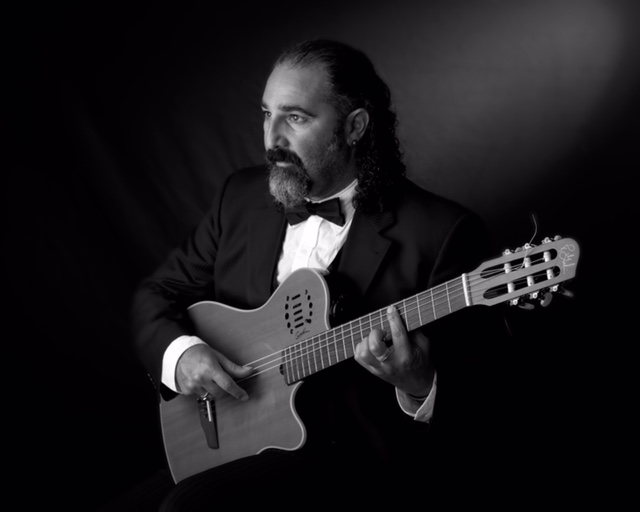 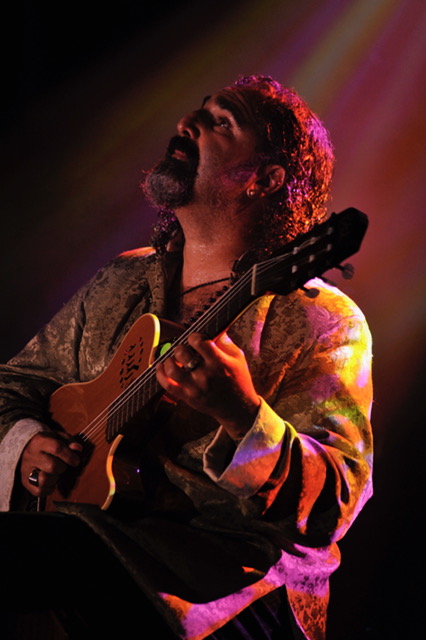 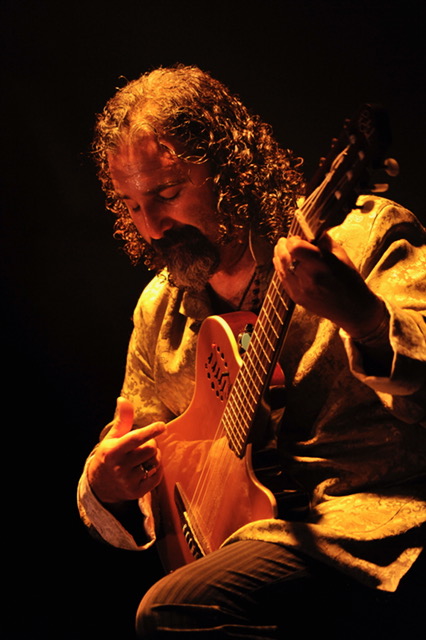 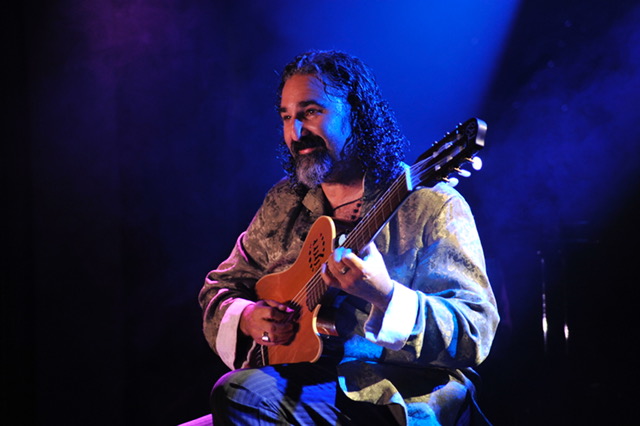 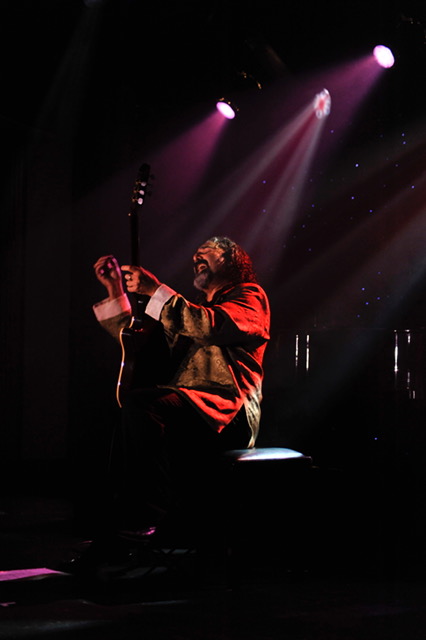 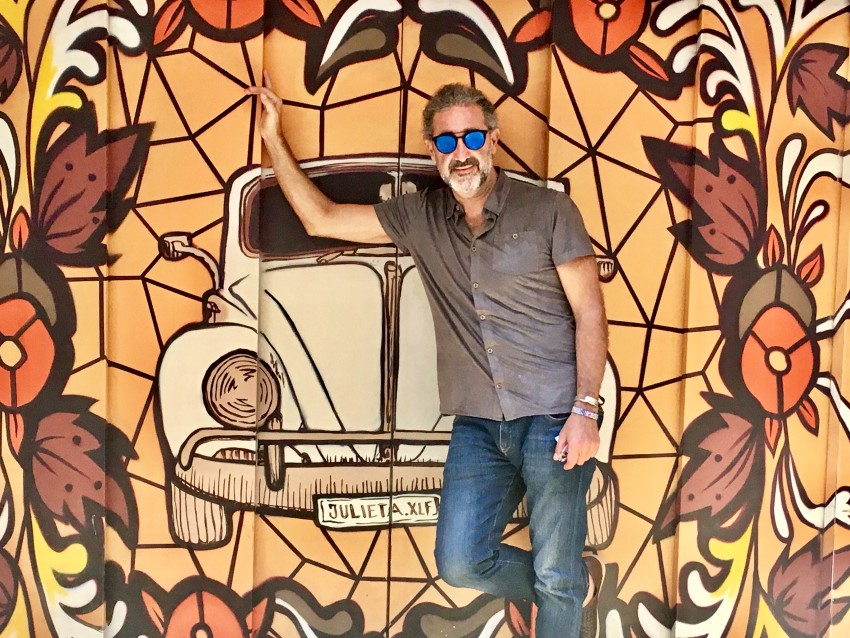 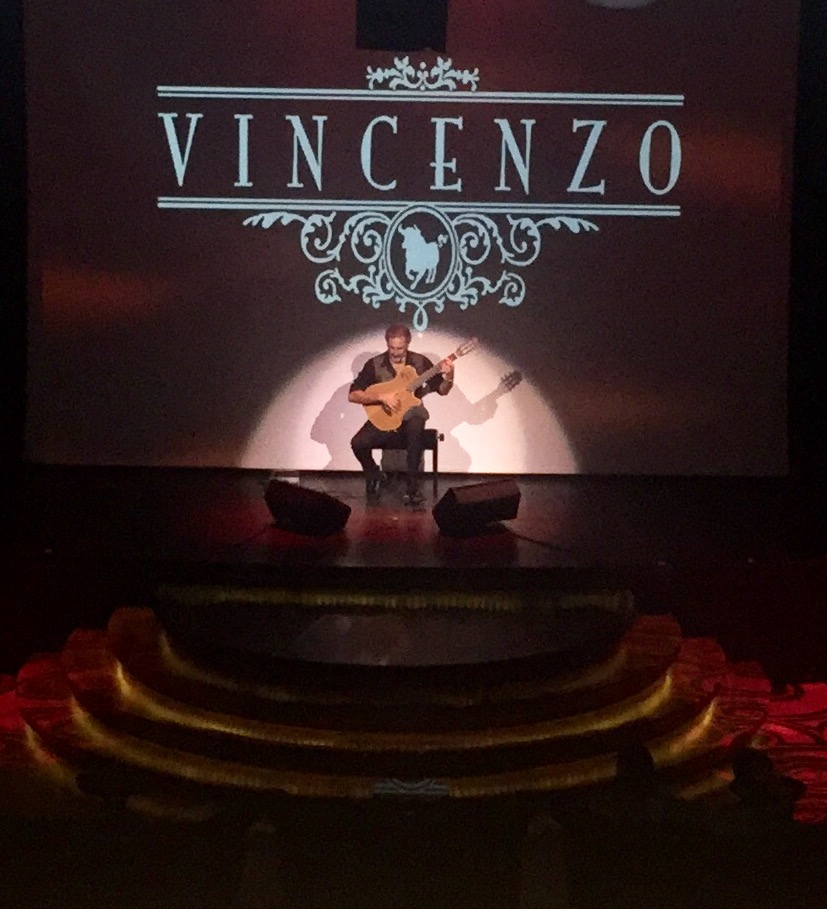 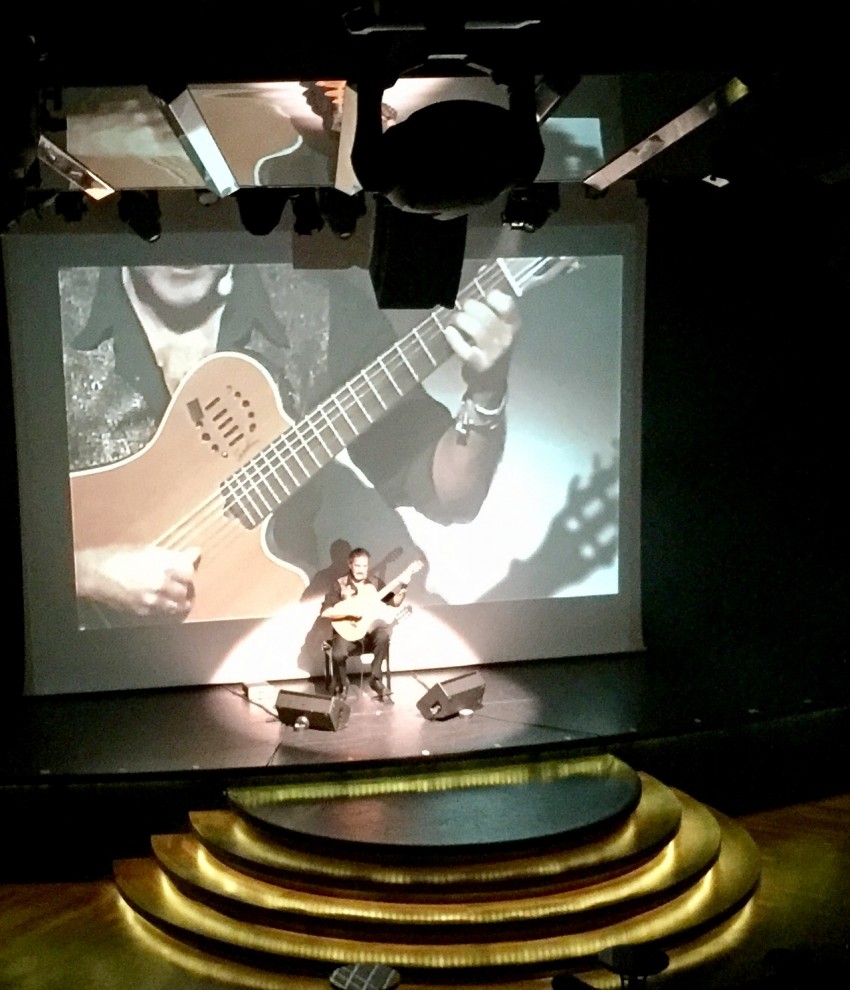 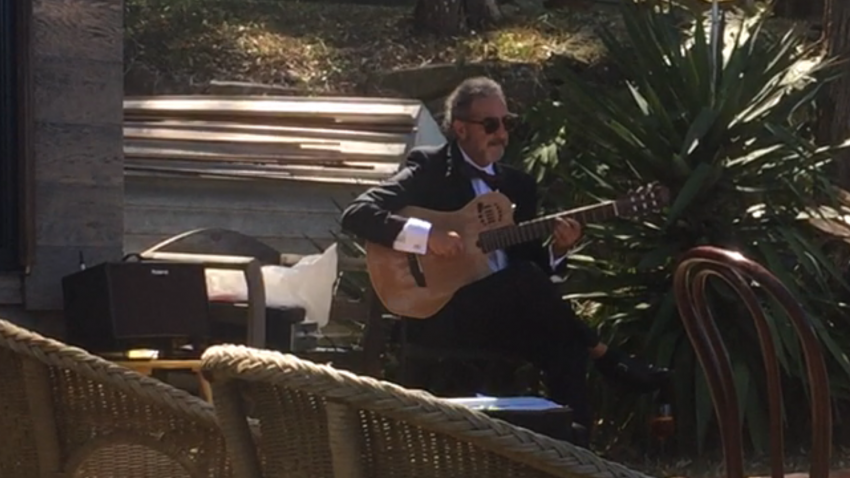 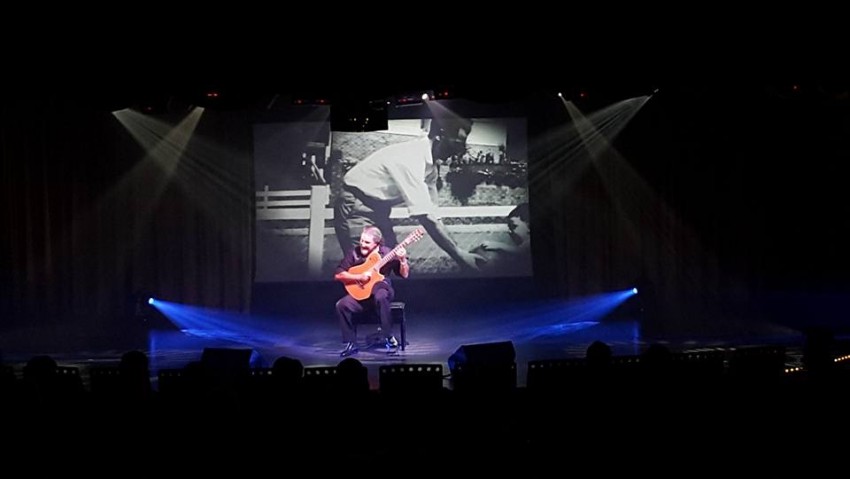 Vincenzo is an internationally acclaimed Latin & Spanish Guitarist....having performed throughout Europe, North America & Asia for the past 15 years, his smooth sound has been featured in concert halls & venues to critical acclaim...
Check him out on YouTube: Vincenzo Martinelli Guitarist or visit his site at (link hidden)

Took my breathe away!

I had the pleasure of enjoying Vincenzo Martinelli's soulful guitar during a cruise last year. His technique is superb producing clean uplifting Latin guitar. His music is soulful, heartfelt and simply fabulous. Perfect for background music, dinner accompaniment or simply relaxing with a glass of pinot noir on the back deck.

As someone who works with events and large groups, I found his music covered all ranges and his well selected pieces – all paired together to create a remarkable show, superbly played and one of the very best guitarists you will ever hear performing this repertoire. It is enjoyable to hear simply because the guitar playing and musical interpretations are thoughtful and well performed. Rich. Beautiful. Intense yet gentle. A joy from start to end.

I definitely look forward to seeing him play again and working with him in the future!

Had the pleasure of seeing Mr. Martinelli perform on a Mediterranean Cruise and his performance, professionalism, and passion he displayed convince me to hire him to play at our country club where he was equally praised.

Hi Angela,
Thanks for your kind words....It was a pleasure to perform for your event & to be amongst so many great people.
It was a pleasure dealing with you on such a professional & friendly basis.
I look forward to performing for you again soon.
Best Wishes,
Vincenzo

The sounds that come from this artist is superb .Amazing at his craft and his attention to the details are what sets him apart .

Thanks so much Ben! It was my pleasure to work on this event with you. It’s always a delight to work with professional people.

Outstanding performance by one of the best entertainers I've ever booked. Vincenzo played at our wedding and was exceptional. All guests wanted him to play longer and have been asking for his cds ever since he played for us. He is elegant, sophisticated and is not your everyday guitarist- a genuine stand out performer. Would highly recommend him for your next event.

Hi Ricc...
It was a real pleasure to perform at your wedding... You & Julia did a great job of making sure every last detail was taken care of & together with a great group of guests, it made the day memorable & enjoyable from my part also!
I wish you both every happiness & success for a bright future ahead.
Vincenzo

Born in Australia of Italian parents, Guitarist Vincenzo Martinelli was brought into the magical world of music as a young boy through the influence of his father, a mandolin player from the region of Abbruzzo in central Italy, famous for its mountain air, fine food, and wine. Vincenzo began his early musical training on acoustic and electric guitars, studying with a friend of his grandfather, who left his tiny village of Lettopalena in Abbruzzo to study music in the United States before migrating to Australia.
Vincenzo first studied Classical guitar at the Academy of Guitar in Sydney and subsequently at the New South Wales Conservatorium of Music, graduating with a Diploma of the State Conservatorium of Music and a Bachelor of Music Degree. In his final year he was awarded the highest honour for a graduating student, the Keith Noake Memorial Prize. Soon after, Vincenzo was awarded an Italian Government Scholarship which led to a period of instruction under the celebrated Maestro Lucio Dosso at the Centro Romano Della Gitarra in Rome, a school established by the legendary Andrés Segovia.
Upon his return to Australia, Vincenzo was invited to premiere a new work by composer Phillip Houghton at the International Guitar Festival held in Darwin in the Northern Territory of Australia. Present at the festival was world-renowned virtuoso guitarist John Williams. So impressed was Williams on hearing this performance that he requested permission from the composer to record it himself.
Vincenzo has performed with national and international acts and as special guest of Welsh singing sensation Dame Shirley Bassey. Besides a busy touring and recording schedule, Vincenzo is highly sought after as a Headline Act in the Luxury Cruise Line industry and regularly performs on the world’s finest ships.
In recent years, Vincenzo has continued his study of guitar through the introduction of Spanish Flamenco & Nouveau Flamenco music. He has studied and performed with world-acclaimed Flamenco guitarist Robbie Varga and the Flamenco Dance Group "Luna Nueva.” He holds a Masters Degree in music and has recently released his fourth album, "El Toro," to world-wide critical acclaim.
“What comes with the joy of performing in most parts of the world is an ability to create and re-create highly personal and unique performances over and over again. They touch the soul with the spirit of a gypsy dancer and the fire of the raging bull” - Vincenzo

“Vincenzo” is a fully self contained act, however, from time to time may need to hire some equipment for the show, depending on size of audience & event space....
This can be easily done through negotiations directly....