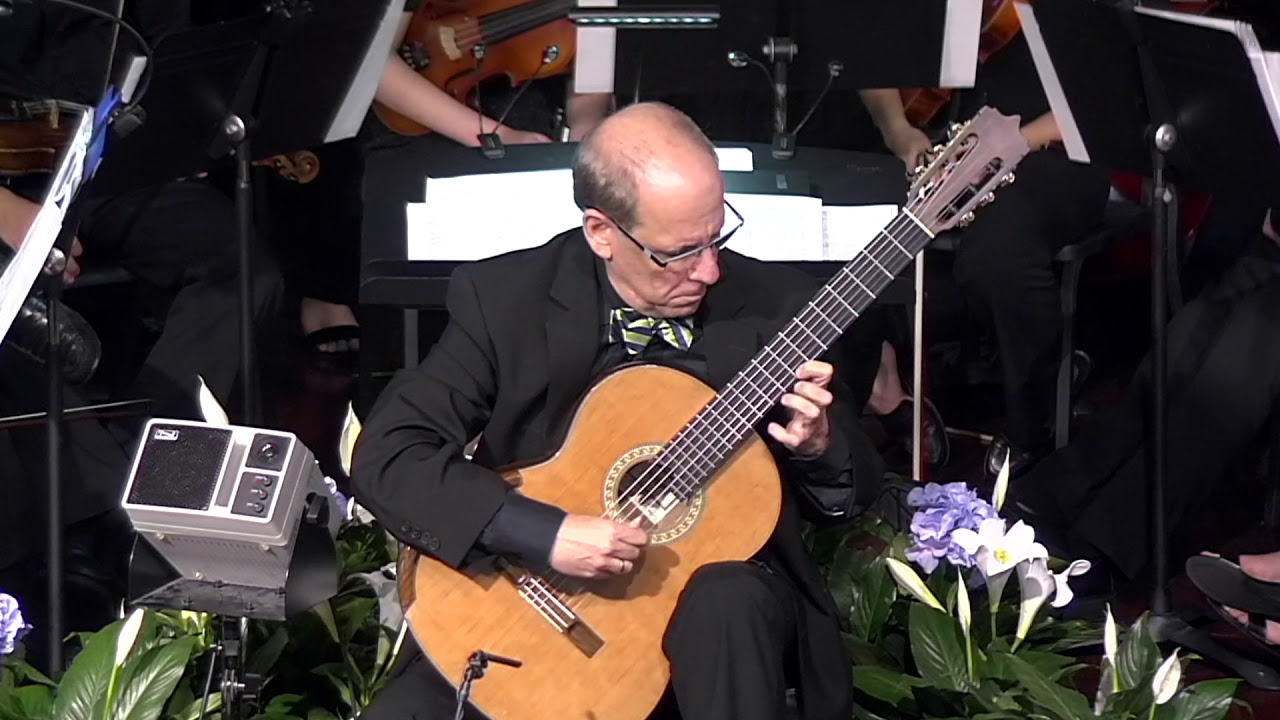 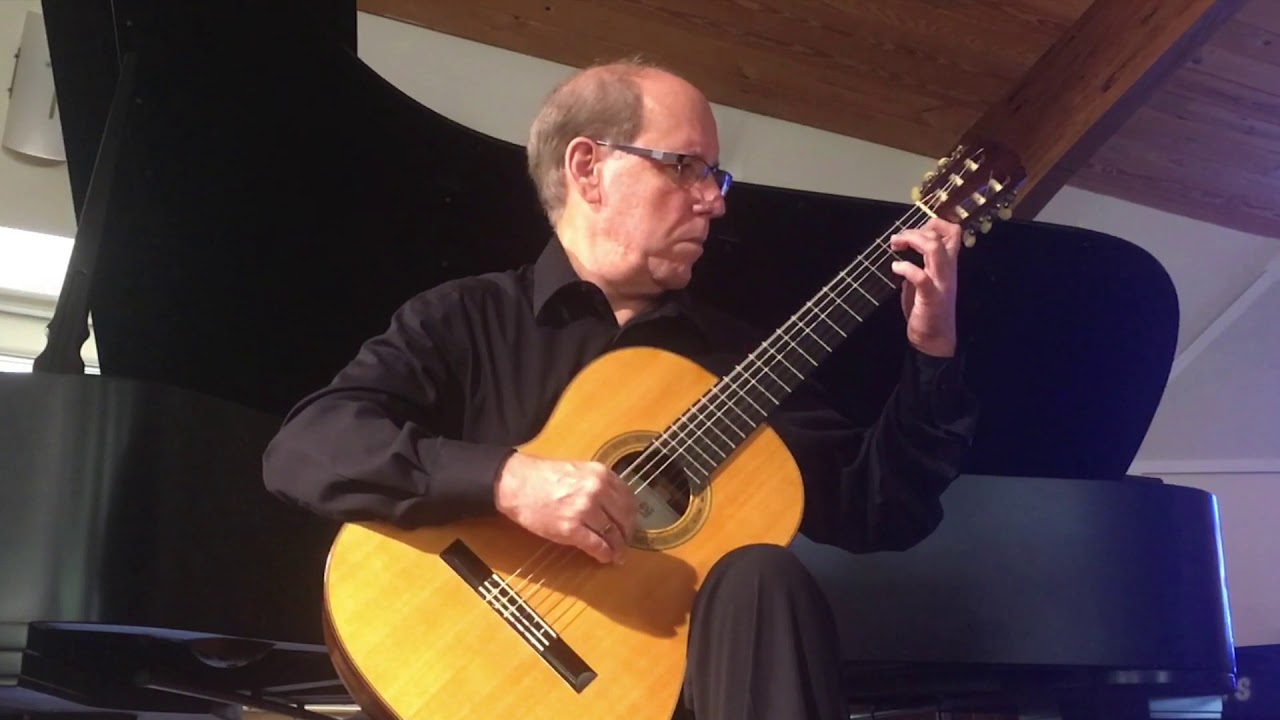 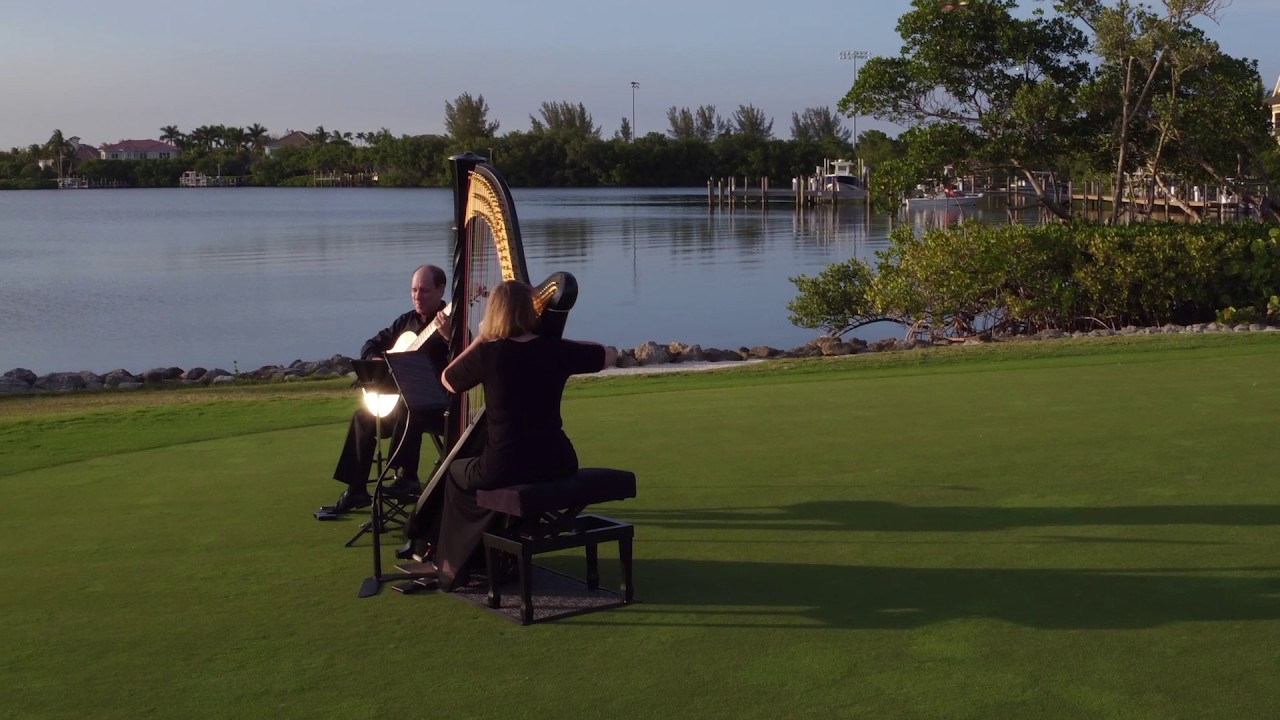 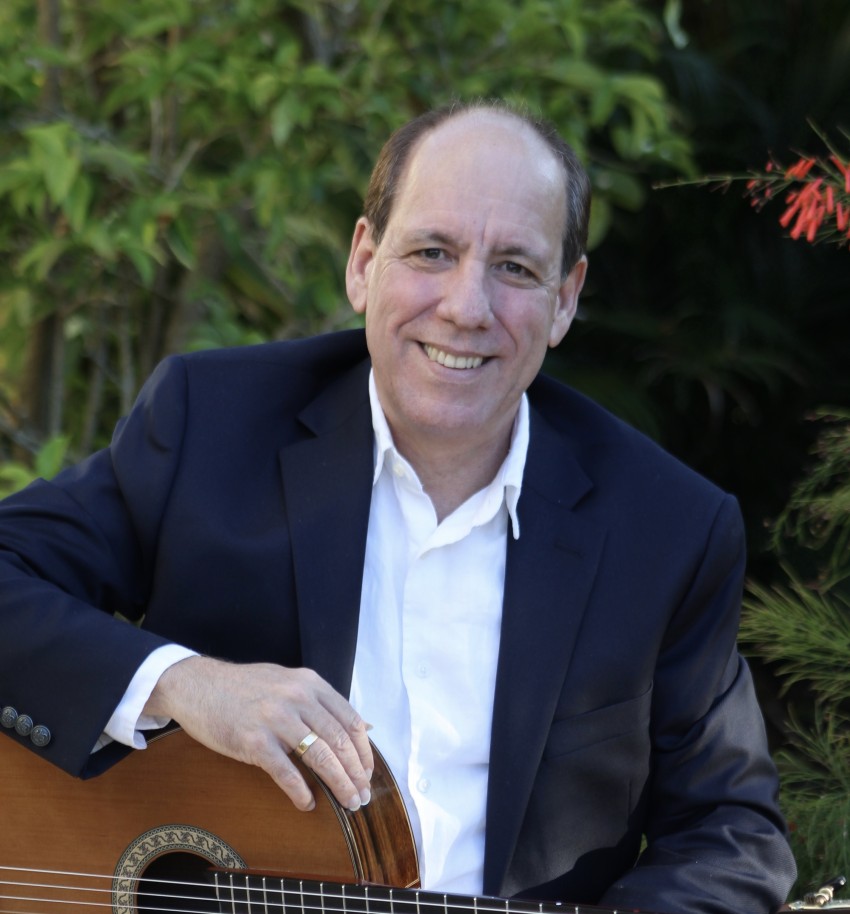 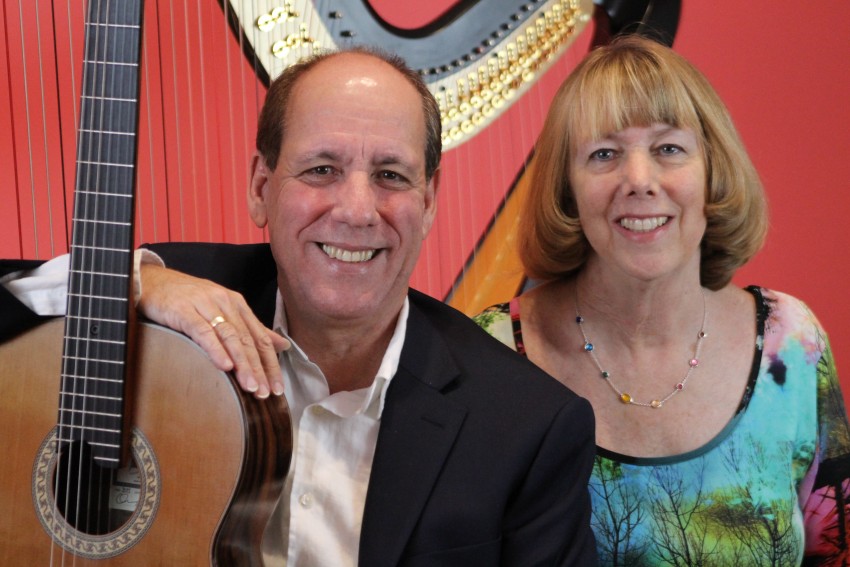 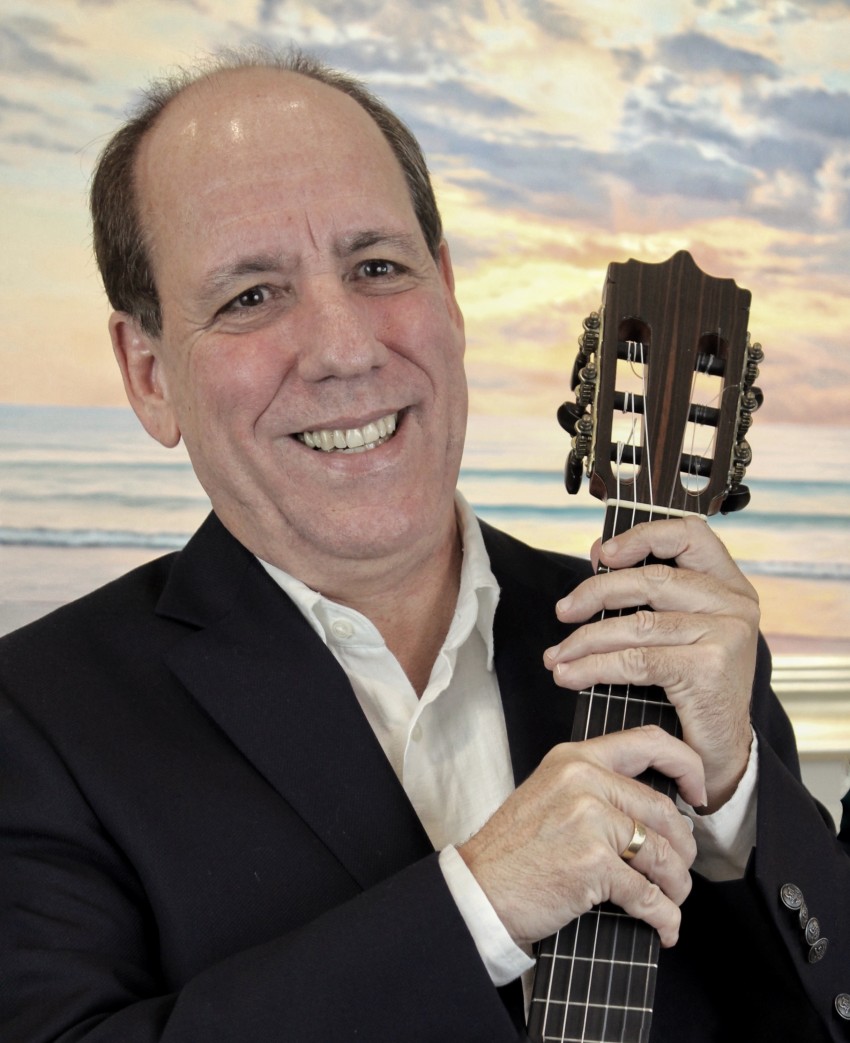 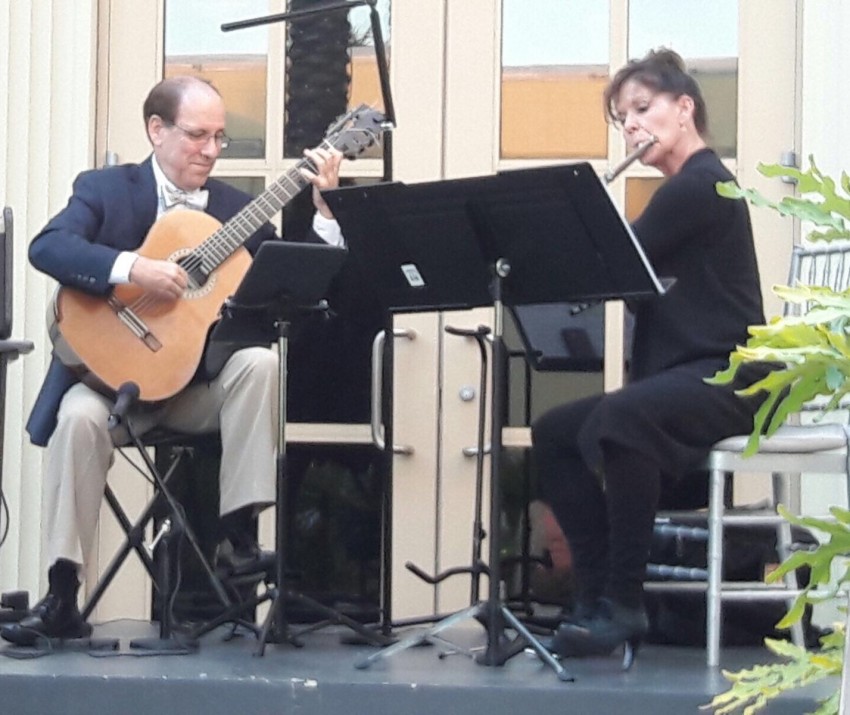 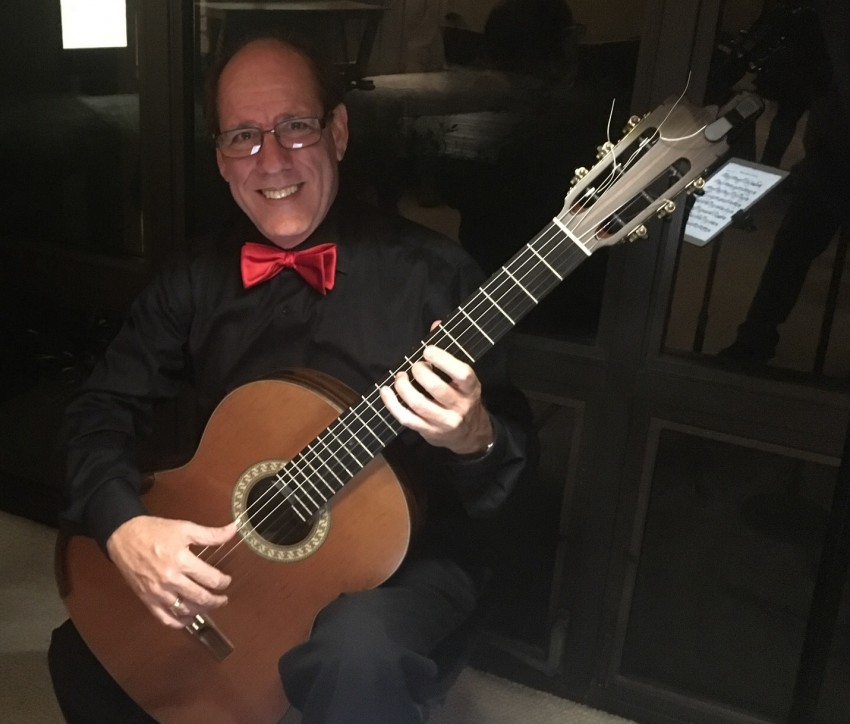 Opening of an exhibition at Stouhouse, Sebastian Florida. 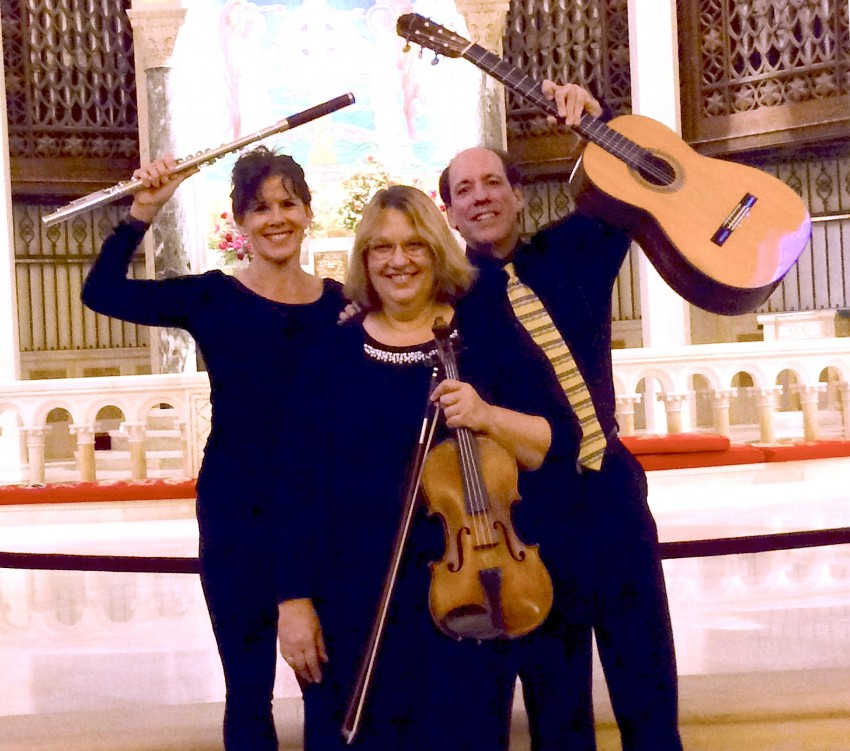 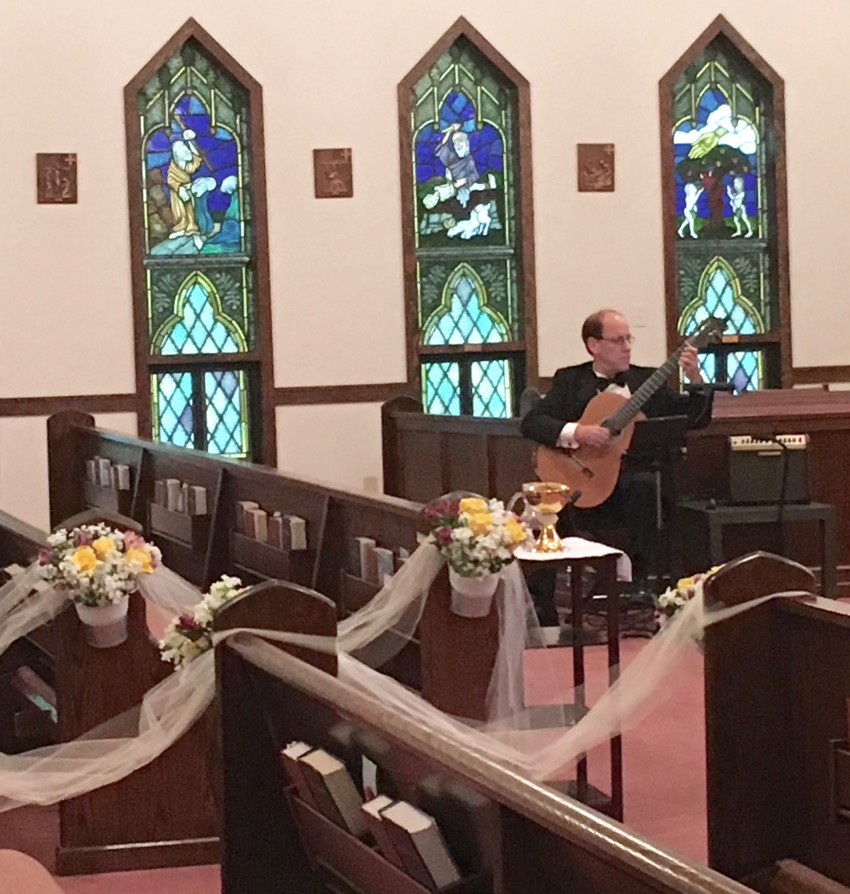 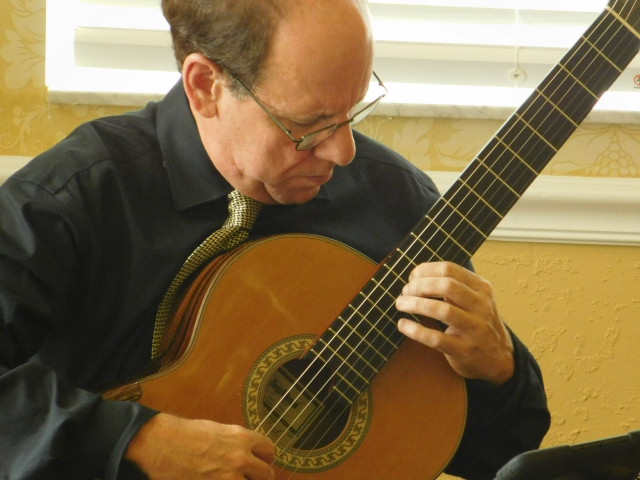 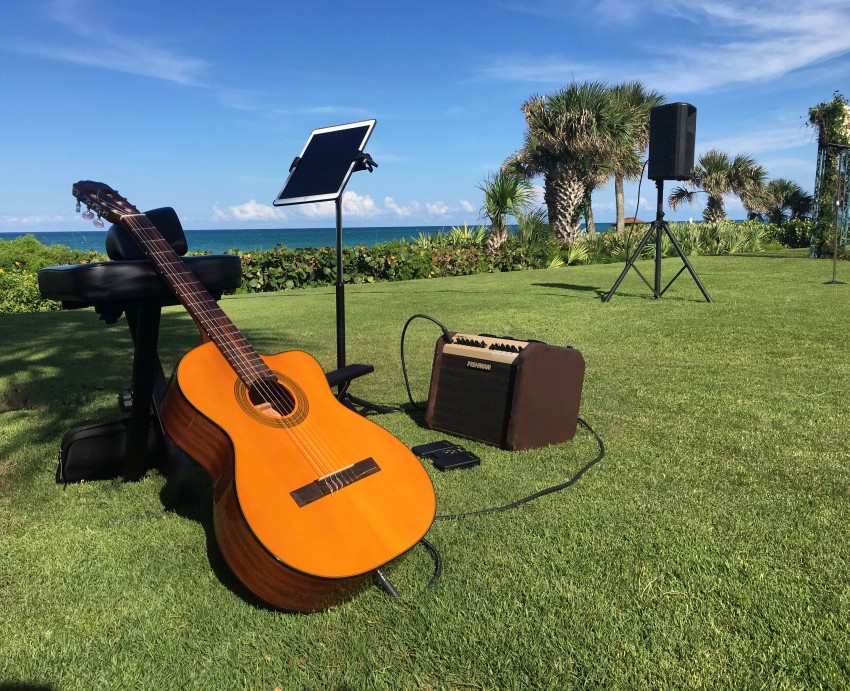 Now, you have the opportunity to book a world class classical guitarist. Mr. Bonachea's repertoire includes pieces that range from Baroque to Contemporary which can fit for your wedding ceremony, lavish dinner, intimate concert, corporate event, and other venues. Miguel also plays regularly with harpist Gretchen Cover under the name of Vero Duo. They have a repertoire of original pieces and arrangements that bring elegance and romanticism to any formal event. Other instruments combined with the classical guitar are as well available upon request.

Everyone enjoyed listening to the classical guitar played by Miguel Bonachea! Next time we will need to feature Mr. Bonachea as the attraction for a quiet concert, not background music. What a gem of a talent Miguel is!!!!

If you are looking for a classical guitar player , look no further, he is absolutely fabulous!!!!!

They were perfect for our event which was an art opening. They were amazing and beautiful. There aren't enough words to describe their music. Many comments were made about the beautiful music.

michael joined up w harpist for our sons wedding.
simply ethereal.
a delight to work with, professional.
their talent is spot on.
made the ceremony just perfect!

We had Miguel Bonachea play for us at our small wedding in the park. He was amazing! Our guests absolutly loved him.

We are so pleased to have found Miguel through GigSalad to perform at our wedding ceremony. Throughout the months leading up to our big day, Miguel was always quick to respond to any questions or comments we had for him. He was always polite and professional! The day before the wedding, he even sent me a personalized video explaining what to listen for to ensure I started walking down the aisle at the correct time. At the ceremony, he did a perfect job! He is so incredibly talented and we couldn't be happier to have hired Miguel to perform on our special day!

We were thrilled to have you performing on our wedding and it was exactly what I was looking for. It was a pleasure to work with you. Very professional, easy to talk to, and your collections of songs were classy and beautiful!!!! Everyone love it!!!
Thank you again, if I have any other event you will be the first one on my list!!
Best Regards,
Jussara

Miguel provided the beautiful ceremony music for our wedding. He made the whole process so easy for us. He provided us with a variety of selections from which to choose, and even learned to play one of our favorite songs for our recessional. I would highly recommend Miguel for any occasion!

Miguel, joined by harpist Gretchen, provided beautiful music as background during our event. Their selections worked well for us and their professionalism was so appreciated. I will definitely consider them for our next event.

Miguel did a wonderful job! He is very professional and gave us many options of music to choose from. Especially since we were looking for something unique for our beach wedding. Thank you Miguel!

We recently hosted a "Grand Opening" at Hampton Inn Suites of our new offices in Vero Beach. We contracted Mr. Bonachea and he proved to be the right choice!
All guests were mesmerized and totally delighted with the beauty of the music he provided. A very fine gentleman and a very engaging "world class" virtuoso of the
classical guitar.
He look very much forward to future events in which we will include this great talent and wonderful person and musician!
Larry And Nila Moylan
Primerica Financial Services

WOW, we were blown away!

Not only was Miguel punctual and professional in a business sense, but he was one of the most gifted musicians I have ever heard. He made the entire evening pull together in such a way that everyone commented on how perfect it was. His music selection was suburb and I just cannot say enough about the way he played. Bravo Miguel, thank you from our whole family.

We were simply blown away. Amazing job. Professional and elegant, my guests were so impressed. It couldn't of been any better. Honestly would've paid twice what we did without hesitation. Thank you so much!!

I can't even find the words to express the fantastic music both Miguel and Gretchen played at the church where my daughter was recently married. They worked with the music director for the church and planned out a perfect selection of wedding music that they played throughout the ceremony. The area where the church was had a power outage for most of the ceremony so no amplifiers or microphones could be used. There music was so powerful that you did not even need the electric. The harp and guitar together was beautiful. They handled themselves proffessionally and never skipped a beat even under such pressure and unusual circumstances. Without them we would have had no music at the ceremony Thank you Miguel and Gretchen!

What more can I say other than PHENOMENAL!! We couldn't be more pleased with how well Miguel's performance was. He played during our entire ceremony. We requested 'Marry Me' by Train for the processional and it sounded Amazing.
Thank you Miguel for making our ceremony so special and romantic.

Gretchen and Miguel provided beautiful and appropriate music at the Cultural Council's fundraising event, Arts, Champagne & Caviar. Their music provided the perfect background for this grand event. Both Gretchen and Miguel were very easy to work with and provided just the perfect suggestions to their location and music. We are very pleased.

We appreciate performing for such an elegant and successful event. Vero Duo

HOW CAN YOU CHANGE PERFECTION?

TIMELY, PREPARED, AWESOME, PROFESSIONAL, WOULD RECOMMEND THEM. WHAT MORE CAN I SAY. LOLLY WALTON

It was a privilege to be included in the the Brevard County Watercolor Society's 20 Anniversary. We enjoyed playing harp and guitar for such talented artists. Vero Duo

Miguel Bonachea was the best!

He arrived early,played his heart out and stayed late. Everyone there loved it!

Miguel Bonachea performed a perfect variety of beautiful music for our private Valentines Day Dinner Party. All of our friends are still talking about the superb artistry and romantic ambiance that his music making created before and during our dinner. Miguel is a master guitarist and an outstanding musician! We will be inviting him to perform again.

Their music and professionalism was beyond anything I have encountered before. SUPERB!!!

We used both Miguel and his music partner for our entertainment. We had a small intimate affair and cannot say enough about how these two were so wonderful. They made the process stress free when we ended up moving the location of the ceremony last minute due to rain. Always extremely quick to respond to our questions and wants. Would recommend them to everyone looking to entertain guests in a very elegant atmosphere. Thank You so much for setting the atmosphere we wanted. I wish I could give you more than 5 stars.

As a soloist, Miguel plays mostly classical music. His repertoire ranges from Baroque composers through Cuban traditional songs, and includes easy listening music appropriated to other venues different than concerts such as wedding ceremonies, corporate events, and cocktails, among others.

Trinity Trio of Miami (flute, viola & guitar) features a repertoire for concert venues which includes a variety of pieces by different composers and a wide range of styles.

Miguel Bonachea is one of the finest classical musicians in the Treasure Coast and Space Coast areas. He plays concerts, performs at different venues, and teaches classical guitar privately and online.

Mr. Bonachea performs not only as a soloist but also along with harpist Gretchen Cover (Vero Duo); flutist Karrie Griffiths and violist Viera Borisova (Trinity Trio of Miami); and other prominent musicians in the area.

Originally from Santa Clara, Cuba, Miguel has performed extensively as a soloist in countries of Europe, South America, the Caribbean, and in the United States. He has also been featured as a guest soloist with symphony and chamber orchestras in Cuba, Colombia, Bulgaria, Slovakia, and U.S.A.

Before moving to Florida by the end of 2010, he served for several years as Dean of the Conservatory of Music in Cali, Colombia, and Head of the Department of Guitar at the University EAFIT in Medellin, Colombia. He has also taught master classes at the Conservatory of Music and El Centro Cultural de España in Lima, Perú; La Casa de la Música in Quito, Ecuador, the University J. N. Corpas in Bogotá, Colombia, and the Festival of the Youth Guitar in Camagüey, Cuba, among others.

French philosopher and musician, Dr. Marc Jean Bernard has stated: "...Miguel is an impeccable and inspired interpreter in the highest meaning of the word, (…). His musical technique and culture of the instrument is based on a deep understanding of esthetic dimensions of music. (…) He is simultaneously a great guitarist and a great educator".

Either playing as a soloist or as an ensemble, Miguel and his partners are acoustic musicians. Thus, when amplification is required, it is meant just to boost the acoustic natural sound of their instruments.

Depending on the location, type of event, and instrumental conformation (solo guitar, harp & guitar duo, trio, etc.) different types of requirements are needed. Miguel usually brings a guitar amplifier, benches for guitar and harp, music stands with lamps, and a mic for the guitar.

Either Miguel himself and each one of his parters are highly trained classical musicians with an extensive experience performing profesionaly.