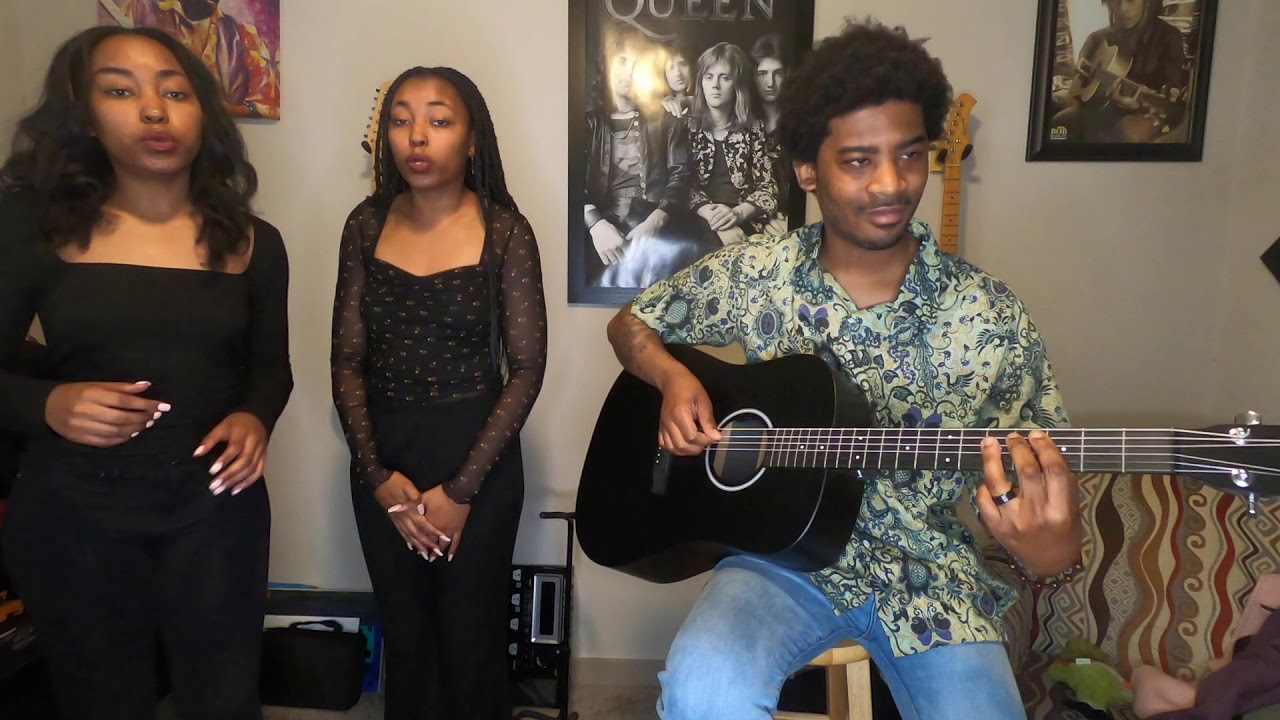 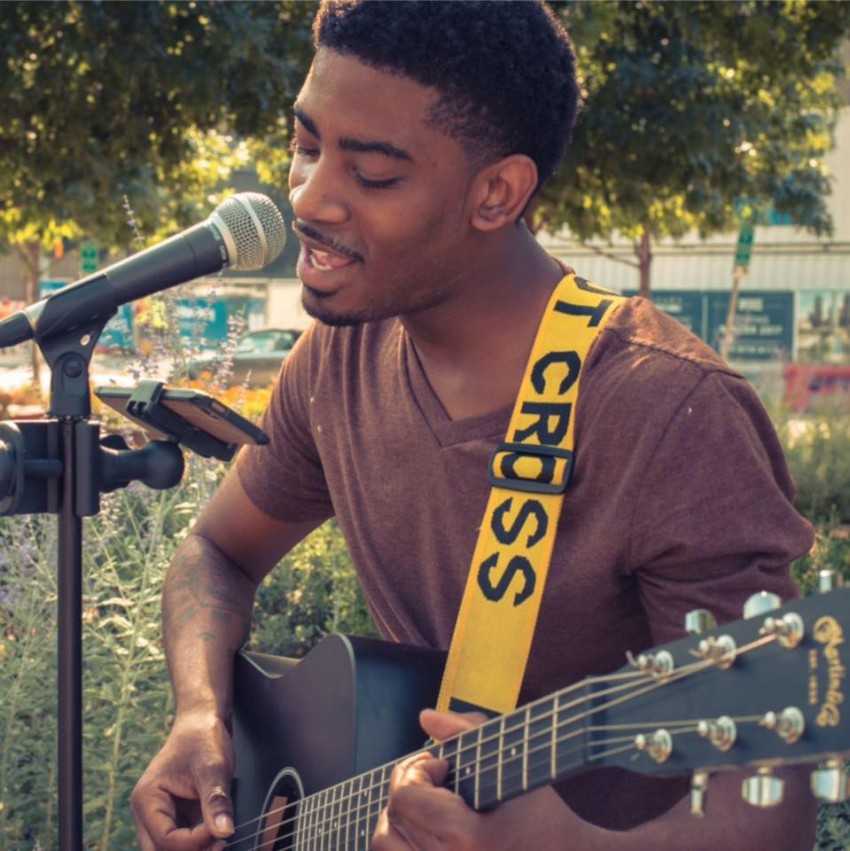 Timeless classics as well as your favorite current jams, delivered by a well versed showman with many tricks in his bag!

Working with Denzel for my proposal was a blast. He was accommodating, super nice and easy to talk to. I had to make some major changes to the event time and location last minute and he was very understanding. The day of the event he arrived early and ready to play, and sounded great! I’m glad I didn’t hesitate, had a gut feeling about him and I was right: great musician and truly a pleasure to work with.

What an honor it was to be a part of this! Thank you so much for having me, and congrats a ton on your engagement!

Denzel is great to work with! He is easy-going and arrives ready to work. He is flexible too as we needed to make some announcements during his set. We enjoyed his background tunes during our networking event in Dallas. Thanks Denzel!

Thanks for having me Libby! That was such a beautiful event you put together, I had a blast!

Perfect for our Event

Denzel was the perfect choice for our casual Open House event. Great sound and very cool guy. We will definitely be calling him again. Thanks Denzel!!

Thank you Kathy! I can’t wait to play for you guys again!

Great entertainment for our kidsfest in the park!

Thank you, Denzel! You were a perfect fit to make our kids outdoor event a huge success! You definitely inspired a few future musicians! I appreciate that you were so easy to work with and knew exactly how to keep the crowd entertained.

Thank you for having me, Thea, those kids made my day!

So professional and lovely to be around too!

Denzel is all class! He is funny, professional, has great style, even better taste in music and will make your event perfect. Hire this lovely soul today!

Thank you for your fantastic review, Kristen! It was an honor, I look forward to working with you again soon!

My guests had requested from John Denver to Lil John, and he was a trooper and very accommodating.

Thank you so much for the challenge Yolanda!

Denzel and I have been texting back and forth putting together a play list for the surprise proposal to my girlfriend. Denzel is punctual, has his own equipment and has an amazing voice. Denzel performed the songs just how I wanted them to be performed. My fiancé was super excited when Denzel sung her favorite song Mirrors by Justin Timberlake. Denzel did such an amazing job and I wish him the very best! Double salute!! Oh she said Yes in case you were wondering.

Thank you for having me George! It was an honor, best wishes to you and your fiancé!

It was such a pleasure to have Denzel play at my wedding reception! We had a bizarre request - asking for acoustic covers of rap/hip hop songs. He really delivered! From the very first contact, I could tell from his enthusiastic responses that he would be great. And he was! His joy really showed through to his music. We worked together coming up with a set list, I was super impressed with his input and his practicing to make everything how I envisioned it to be. He came with his own equipment and dressed properly for the event. Couldn't have asked for a more perfect fit!

Thank you Sommer! It was an honor entertaining you and your guests!

Denzel is both a talented musician and great MC. We hired him for an outdoor event at our garden center to play for 3 hours and entertain our customers while they shopped. He showed up well before the start time to get set up and was ready to go at 11 a.m. as we requested. His mix of originals, classic rock, and light jazz was perfect for our audience, and quite a few commented on how much they enjoyed him. We also asked him to make a number of announcements during the day, which he as happy to do. Definitely would hire him again!

Thank you Joyce! It was a blast entertaining your customers and awesome staff! I'm thrilled that I delivered the perfect product!

Denzel is an all around frontman. Whether he's singing and playing his guitar, or hosting your event. Denzel creates an atmosphere that is both fun and professional.

Denzel Andrew is a New Orleans born musician/comedian. Andrews passion for comedy began at a young age. Denzel vividly remembers standing up to a bully in the 1st grade by bombarding him with a mantra of “mama jokes” and embarrassing him on the playground at recess. Andrew studied the great Eddie Murphy and learned with the right combination of bravado, timing, and demeanor one could make magic!

Denzel began playing music at the age of 9 when he learned to play the clarinet/saxophone. Denzel grew up a big fan of the St. Augustine Marching 100 (One of the best High School bands in the country). Where his older brother Vandell Andrew (now a Billboard topping saxophonist) became a celebrity of the city and drum major in 2004. This was a title that Denzel saw as a perfect fit for him when the time came, a drum major is a leader, master musician, and crowd pleaser all in one. Tragedy struck when Denzel was putting on his St Augustine band uniform for the first football game of the season (a moment he’s been waiting for for years). He was told by a very bitter senior “Go home man, there’s a storm coming and the game is cancelled”.

Displaced by hurricane Katrina the Andrew family moved to Irving Texas in August 2005. The band at Denzel’s new school was quite different from the band he spent years preparing to be a part of. Where Denzel was from all the cool guys played music, here they were called “band geeks”. Culture shocked, homesick and confused Denzel quit the band and began taking acting classes and participating in plays at KD Studio Acting Conservatory, where he later attended college and graduated in 2011. This is where Andrew fell in love with the theatre and he began exploring stand up comedy! He also combined his love for music and comedy by teaching himself guitar and began writing musical comedy songs.

Denzel has spent the last 3 years hosting trivia events throughout the DFW area and sharpening his bag of many tools! Well versed in acting, music, and comedy Denzel is a true artiste, a gun-slinger with many types of ammo in the field of entertainment!


Songs are added Daily
Requests are greatly appreciated and accommodated