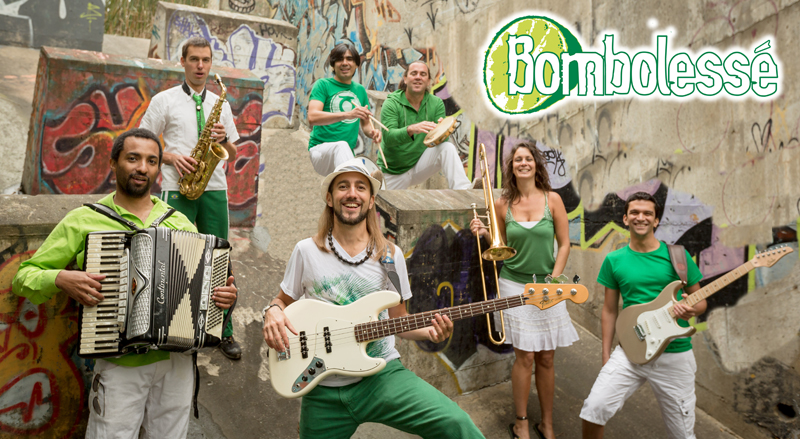 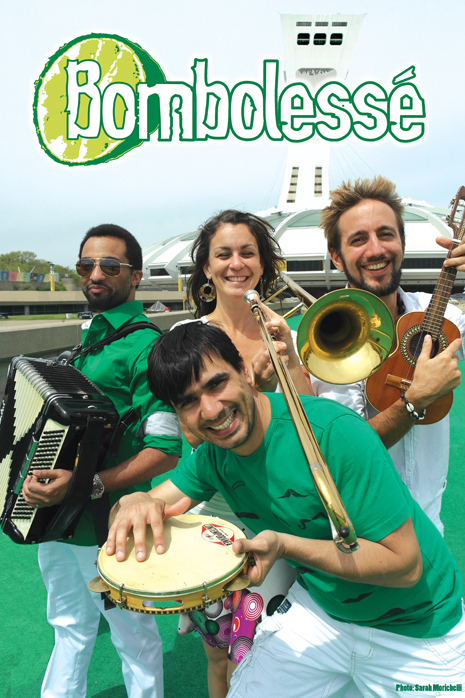 smaller version of the band 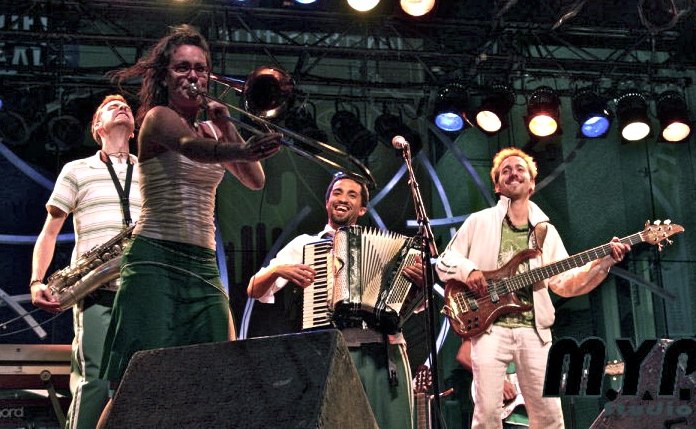 Get everyone in your party or event dancing!
forget the gym & zumba, this band gets you doing all sorts of steps.
Loose some calories so you can drink some more!!!

Be the first to review Tropical Fiesta w/ Bombolessé

The tables will be tossed and the dance floor will be full!

Bombolessé's music is a Tropical Party for everyone from 4 to 84 years old!
All the musicians play on various instruments and come from the world's 4 corners creating a high energy show. Their songs are in French, Portugueuse and Spanish : it gets thinkers dancing & dancers thinking!

-------
Bombolessé has been sharing its fiesta since Carnaval day in 2003.
Cuban-born Franco-Spanish Bassist/Singer Julien Álvarez Thomet was raised in Brazil. His tropical influences are emphasized by a multilingual multi instrumental band!!!
On Keyboard/Accordean/Singer, Alix Noël a Montreal born Haitian gives a creole touch to the singing.
Martin Bonin, the band's percussionist founded Montreal's biggest samba school.
Recently settled from Brazil is the drummer Aquiles Melo bringing the northeast manguebeat craziness to the band's grooves!
And last nut not least Dominique Poirier gets everyone wild with her thrusting trombone and her wild dance steps!
in 2007 Their first hit "W" was selected in various compilations.
in 2011 Movimento, the 2nd album was nominated best world album.
In 2012 Their show was awarded Galaxy's (Sting radio now) best world music show.
Their 3rd album is coming up this summer 2015 and will probably be acclaimed.
Together they deliver an explosive tropical fiesta.

After 800 live shows in over 10 countries (Canada, USA, Mexico, Brazil, Europe, etc.) they've mastered the tricks to get everyone partying!

we adapt to every situation

Brazilian covers + songs from our 3 albums
in Portuguese, French & Spanish