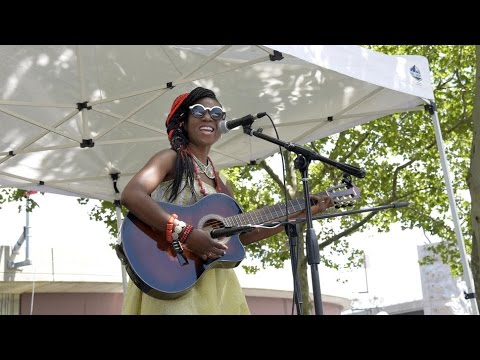 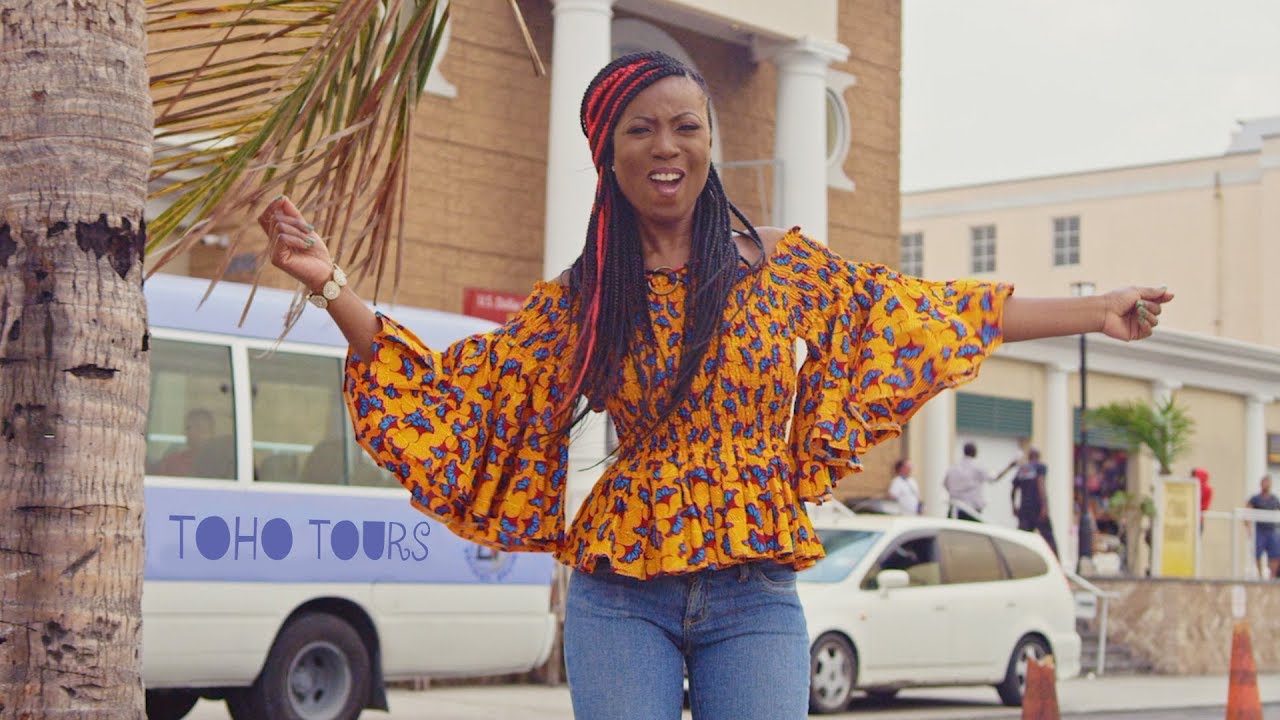 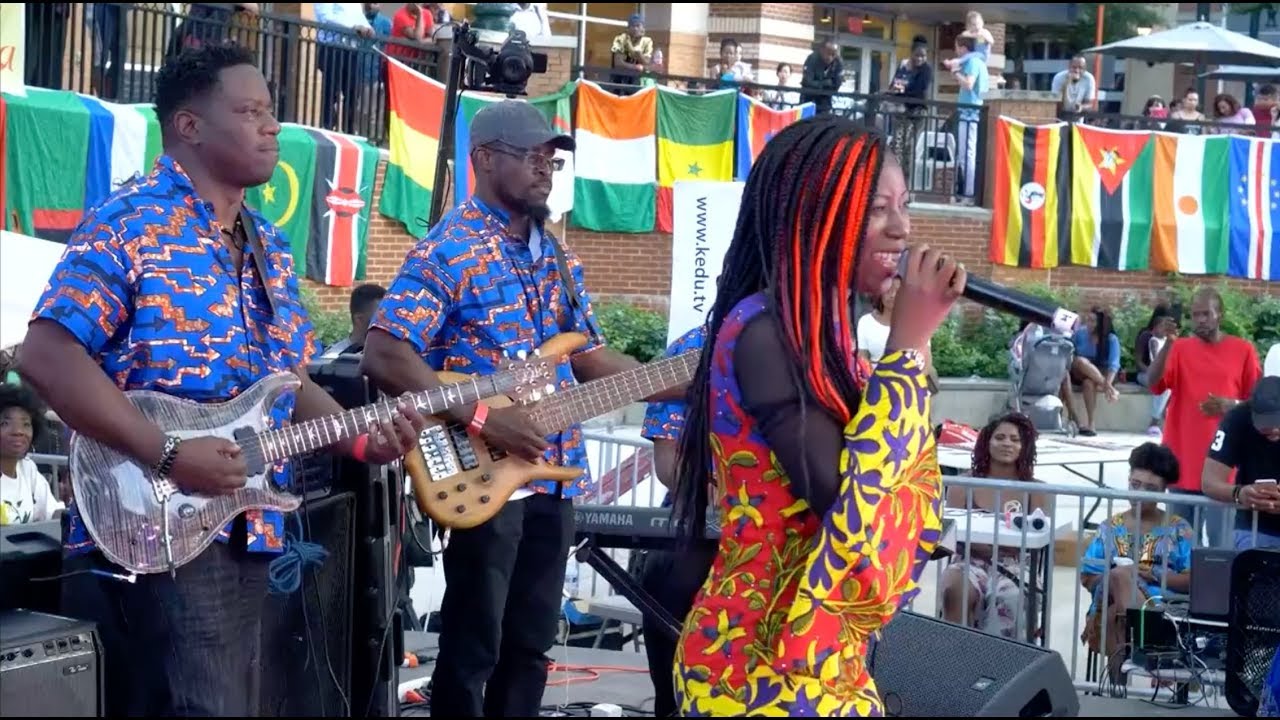 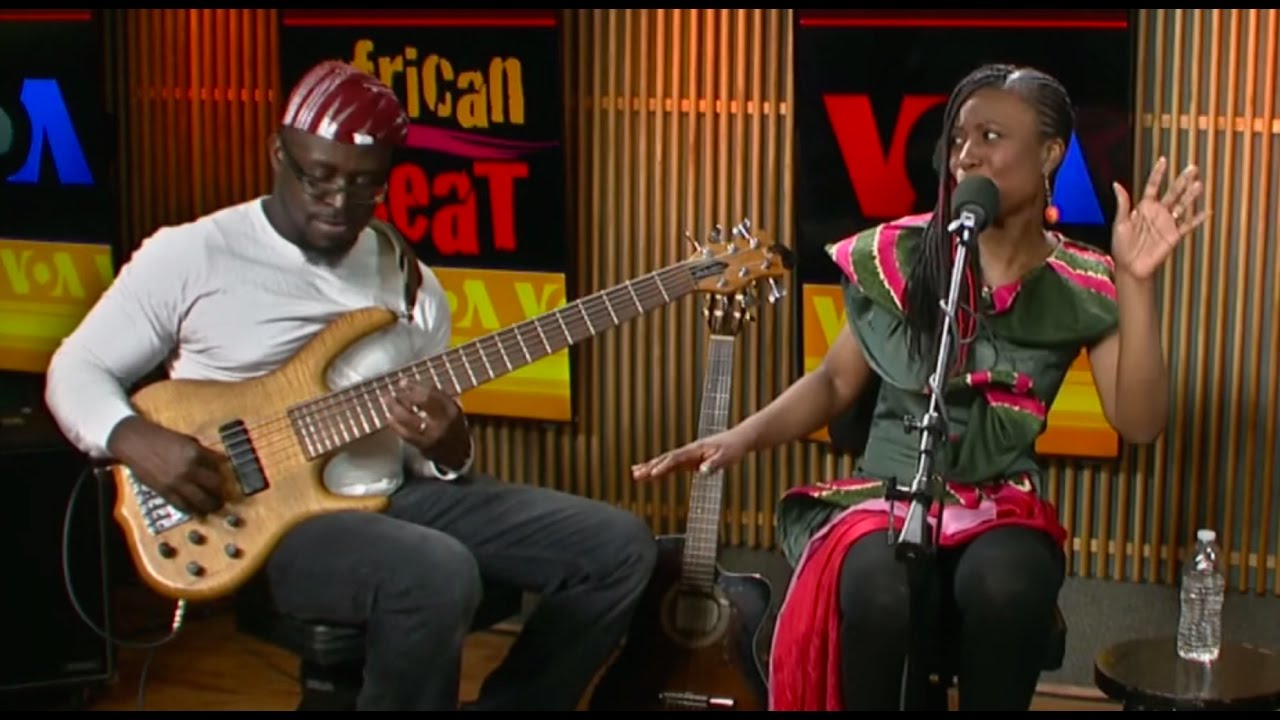 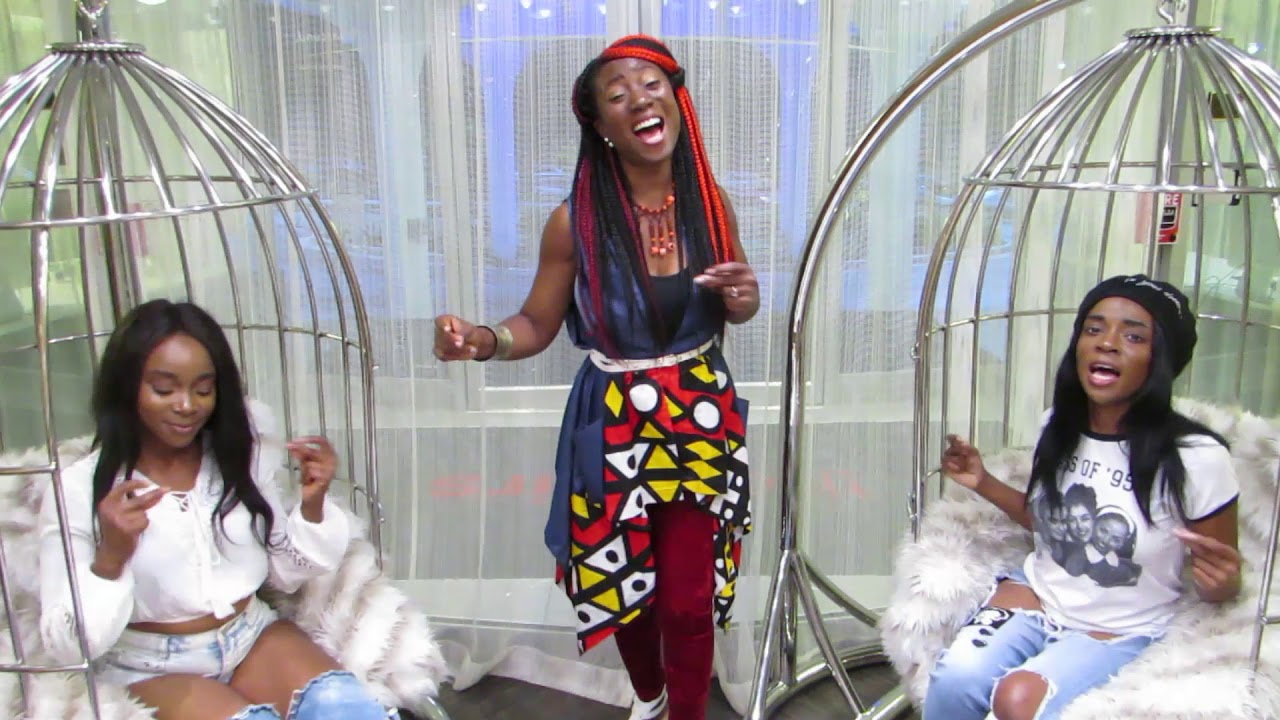 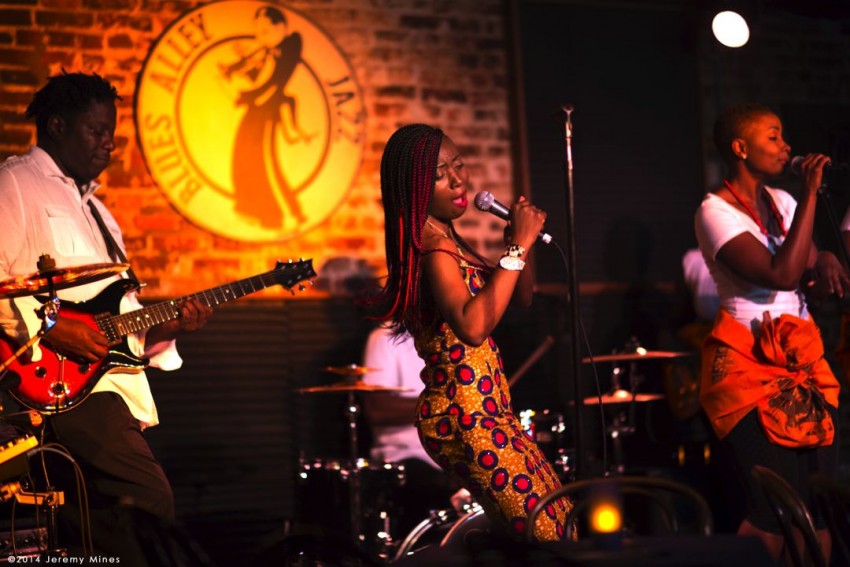 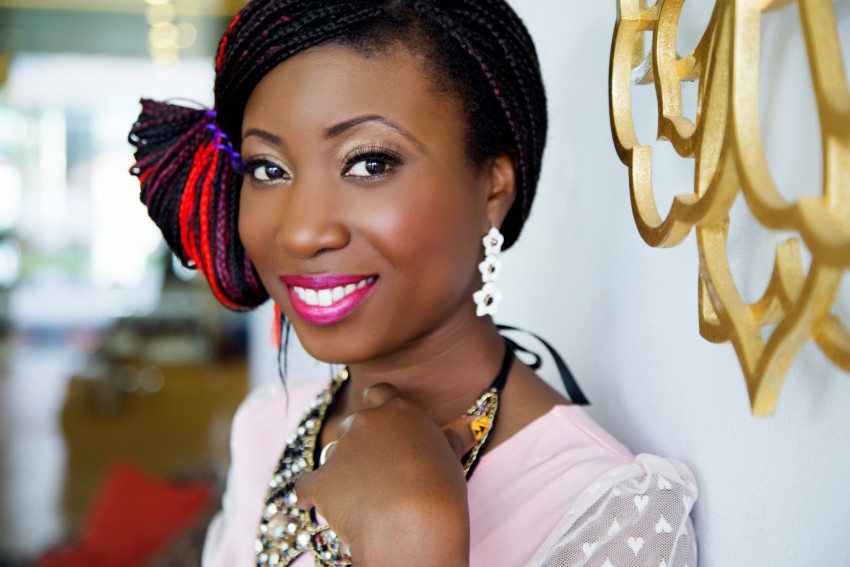 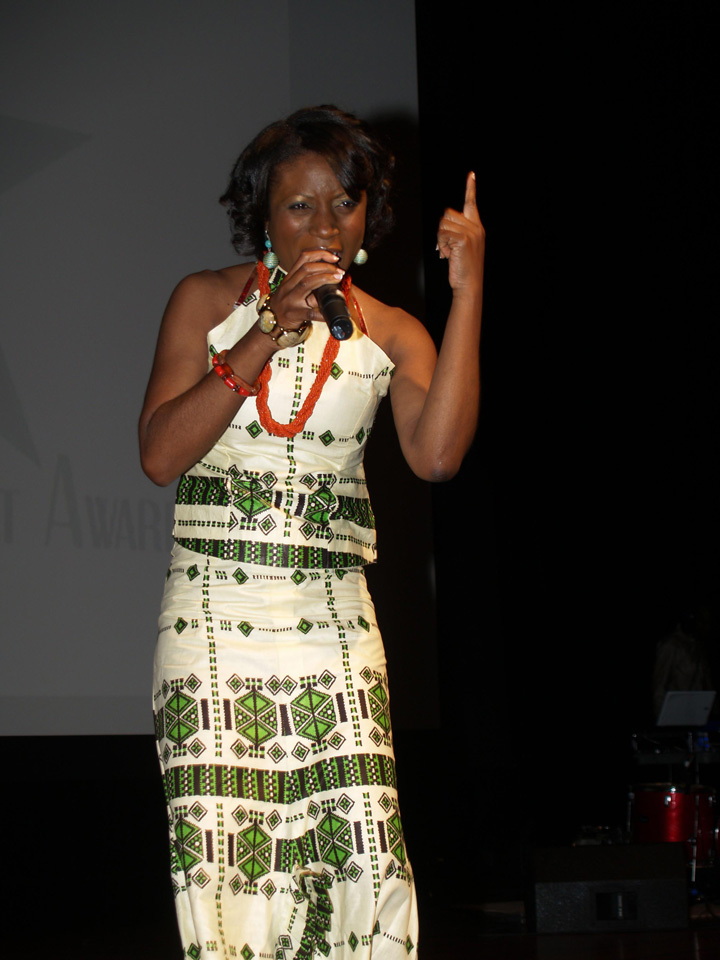 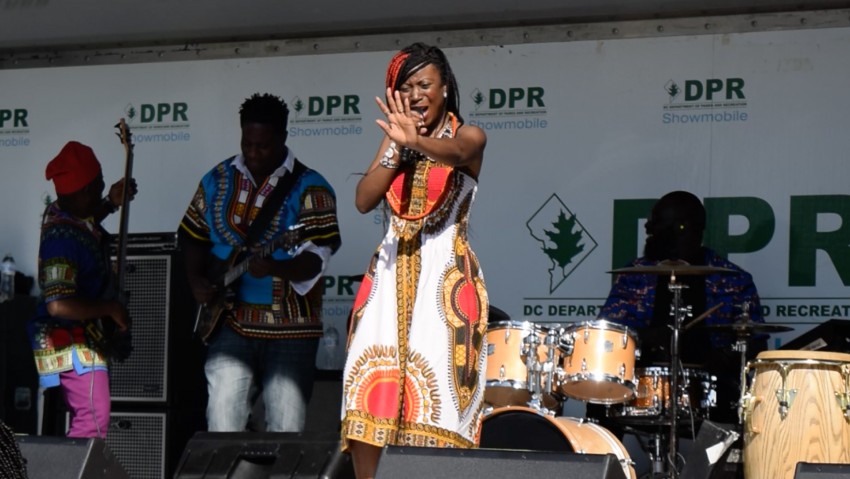 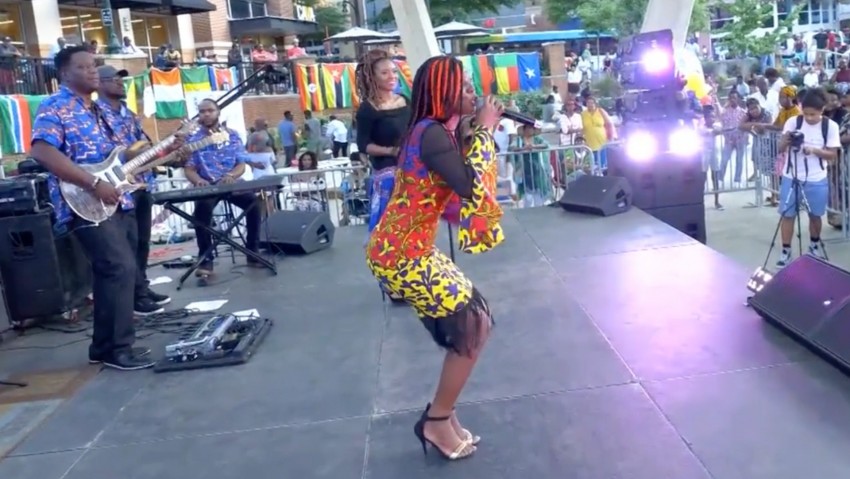 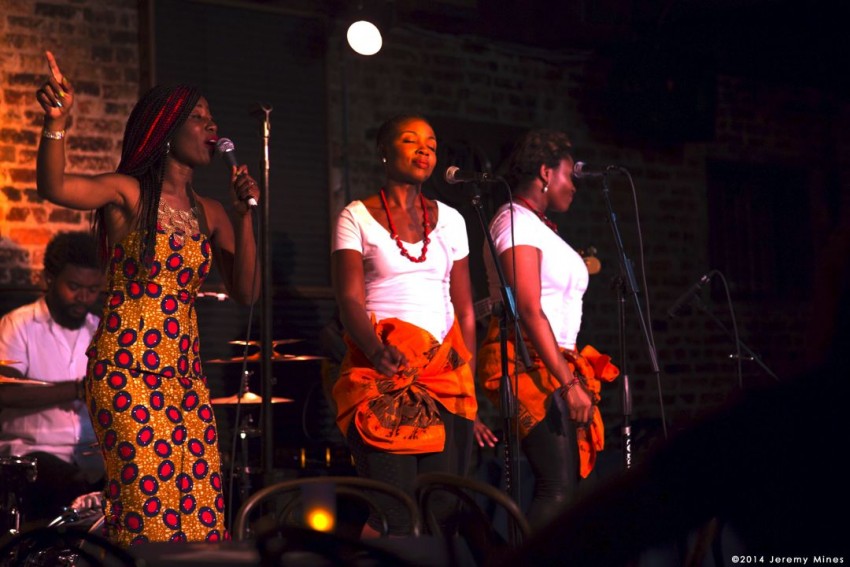 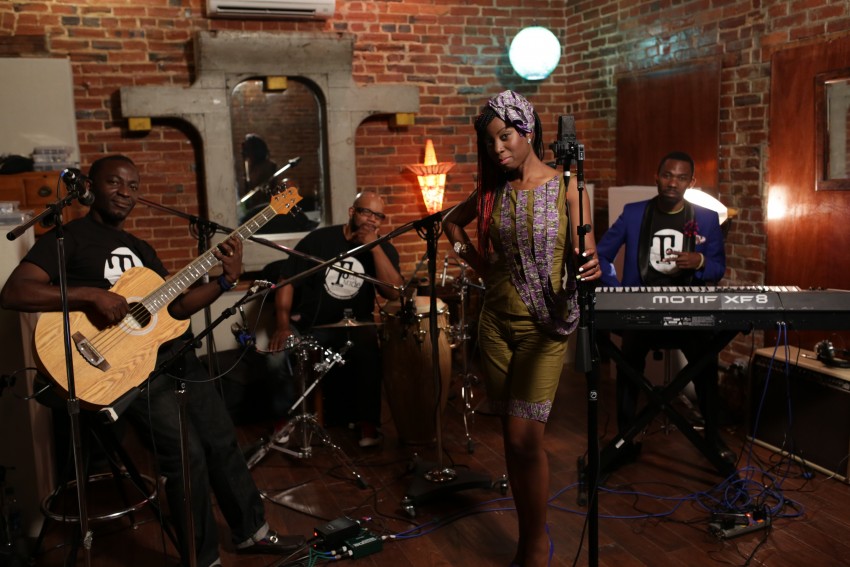 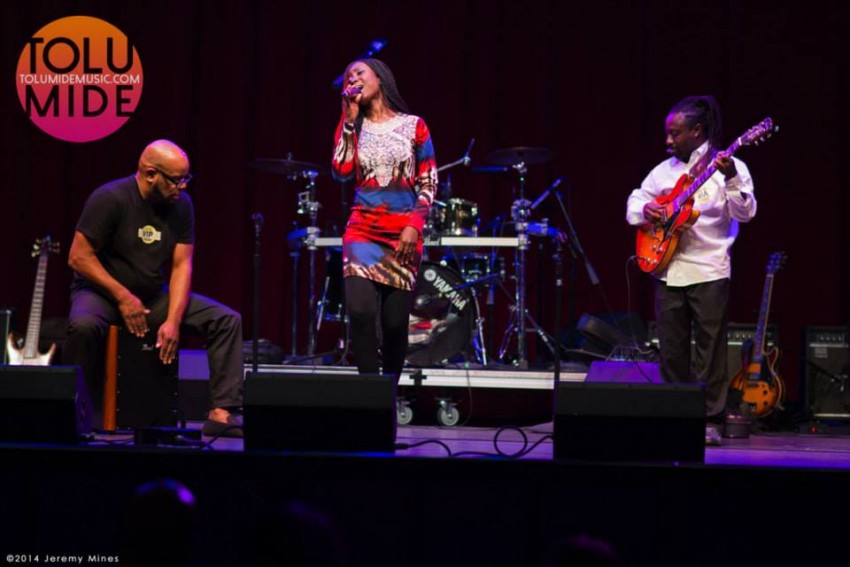 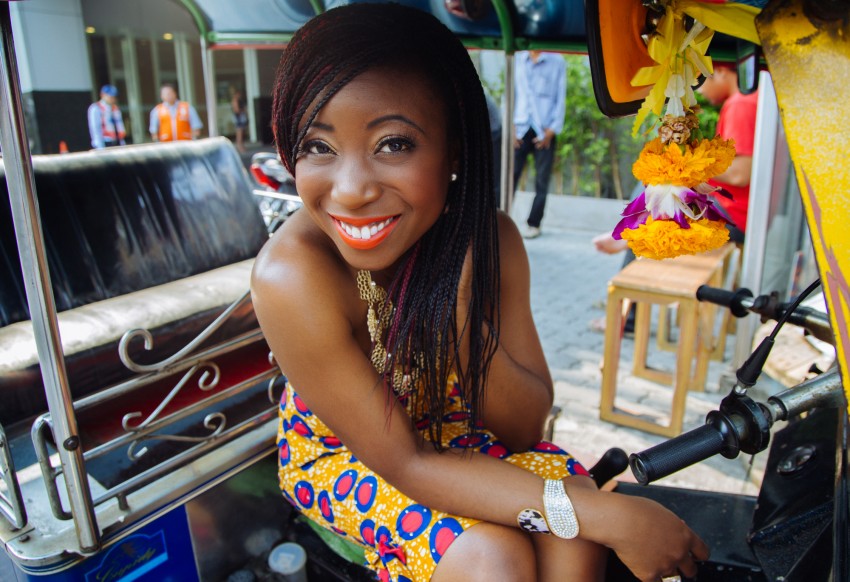 Book me as solo singer or with my band of musicians for your Concert, Birthday, Wedding, Kids Party, Youth / Women / Corporate event, School activity and others. I'm an Artist and Events MC Host ever ready to grace any and all occasions with riveting vocals, great personality, vibrant culture and engaging audience interaction. With over 20 years professional experience and rave reviews for my debut album ‘My Love’, get in touch today, i'll look forward to working with you.

Tomuli DE, was invited to participate at this " Ministry Event " at Greenbrier Baptist Church, as our surprise musical guest. AND SHE DELIVERED!! ABSOLUTELY AMAZING!!! She was very much on time, and we fell in love with her immediately!
We DEFINITELY will have her back , in the near future!
She is an EXCELLENT Singer and performer.
Wonderful stage presence! And very NATURAL! I could go on...
I would STRONGLY RECOMMEND her to anyone who is looking for a performer, to add a VERY special touch, to their event.
God bless, Jesus is Lord!

Wow!! A Very Beautiful Review. Thanks so much for booking me to sing and perform at your event. I had a really lovely time as well. Really appreciate you all. God Bless and Will look forward to the next event.

Tolu sang at my church wedding and she absolutely made my wedding day so special. With her unique sound and soulful voice, the song was incredibly memorable and created a solemn and romantic atmosphere. Thank you so much Tolu for adding an extra touch to our wedding experience.

TolumiDE performed at the 4th annual Excellence in Christian Music Concert Gala, she excited the audience of senior citizens, youth and millennials. A non-stop flawless performance of music and dance, she had the audience on their feet and clapping hands the entire time.

TolumiDE is a great artist with exciting popular music, we welcome her to perform at future events.

Nigerian Canadian Singer-Songwriter Artist TolumiDE (pronounced toe-lu-mee-day), describes her music as “Suya Soul” and her debut album, ‘My Love’ reflects the phrase as a sonic cross-cultural blend of Neo-Soul Inspiration and Afro-pop World music with mainly English lyrics and a touch of African Spice in the form of language and rhythm. Influenced by acts within R&B, Gospel and Classic Soul genres such as Anita Baker, Sade, Stevie Wonder, Winans, and Africa Pop stars as, Onyeka Owenu, Yvonne Chaka Chaka and Angélique Kidjo, TolumiDE has evolved as a Female Vocalist with audience grabbing performances, rave reviews and multiple awards making her mark within the world of Contemporary RnB. ‘My Love’ currently available on iTunes, Amazon, CDbaby.

Early music beginnings started for the female vocalist growing up in Lagos City and singing with church choirs and school cultural groups. Shortly after a move to Toronto, to pursue undergraduate studies, she joined Women Ah Run Tings all-female band and gained immeasurable performance experience and recognition with the group. TolumiDE lost her mother to Cancer during her final year of studies and gathered up strength to complete her education with Honors Bachelor of Fine Arts degree. Moving to Maryland shortly after to be closer to her dad, younger siblings and work as a Graphic Artist for the city’s FOX – CW affiliate Television Station did not deter her from singing but fueled her passion to simultaneously pursue music as a second career. TolumiDE, a York University graduate, Best Female R&B recipient for Nigeria Entertainment Awards and former Soul singer for four time Canadian Reggae Music Award nominated group ‘Women Ah Run Tings’ got her big break as a solo artist after releasing her album and the accompanying Music Video, for the title track ‘My Love’ which received rotation numerous Urban television media Africa and Europe and earned numerous award recognitions including Channel O Music Video Awards (South Africa) Most Gifted RnB nomination. Not resting on accolades of her releases Specialty (2008) and My Love (2010), in Valentines 2012, BET International 106 & Park exclusively premiered ‘For Me’ music video, the lead single from forthcoming deluxe release. By spring, the nationally distributed single ‘For Me’ peaked at #42 on Music Choice (R&B/Soul) charts, #32 at Top Indie Charts and #85 at National airplay top 100 Digital Radio Tracker Charts.

Technical requirements for performance are determined by sale of event, length of performance, budget and event producer requests. Producers to supply sound and lights at no cost to Artist. Solo and acoustic sets with require Sound Engineer and adequate P