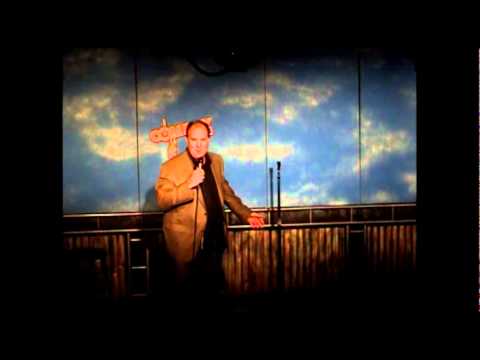 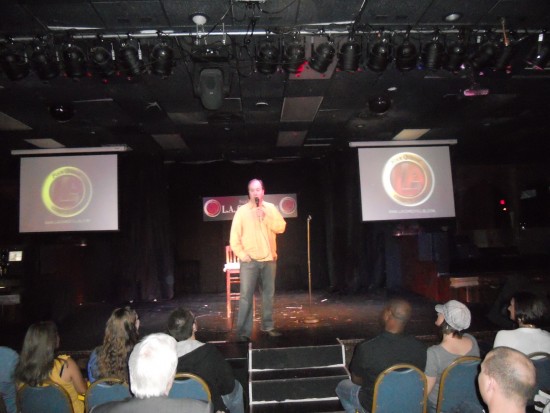 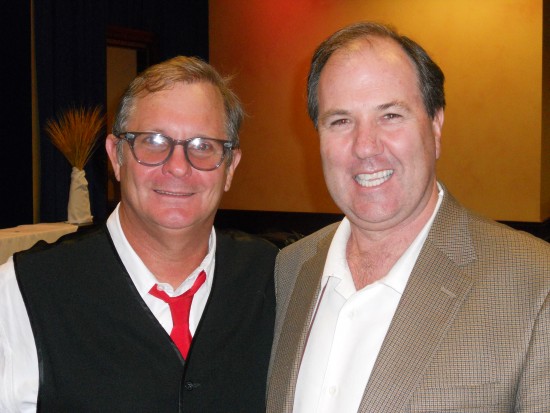 With Ritch Shydner. What a pro, love that guy. 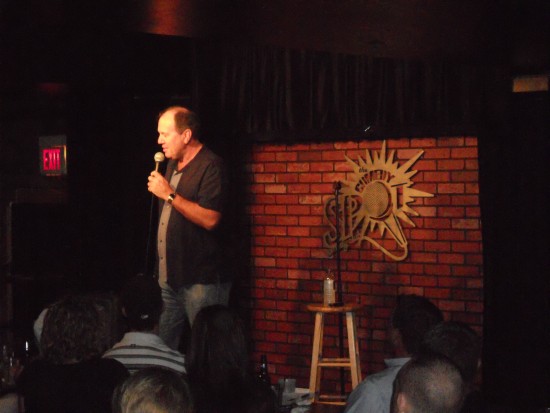 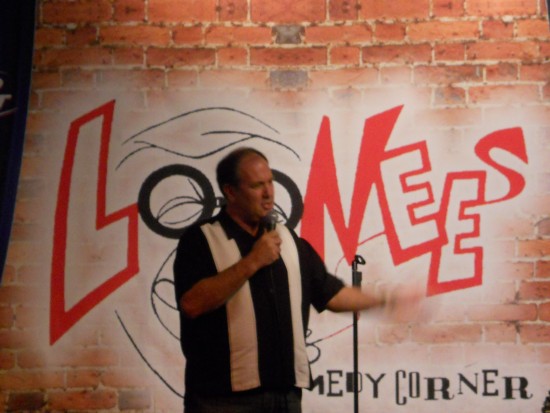 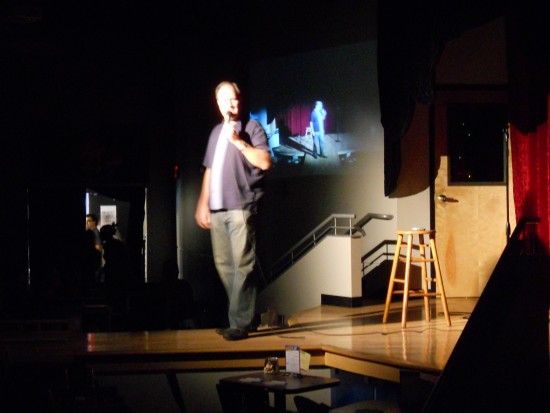 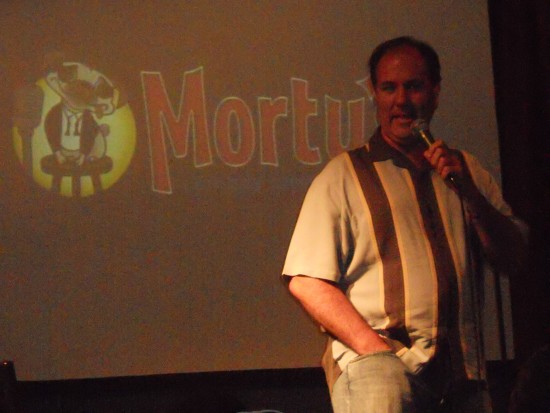 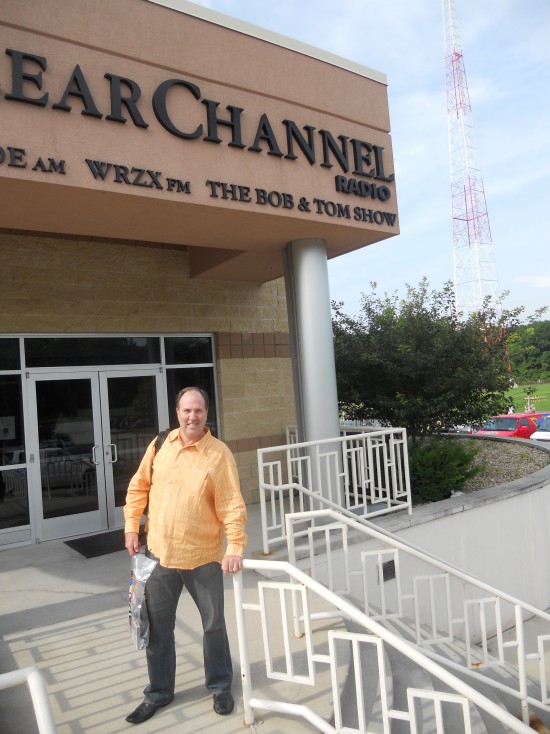 Bob and Tom Show. That was fun. 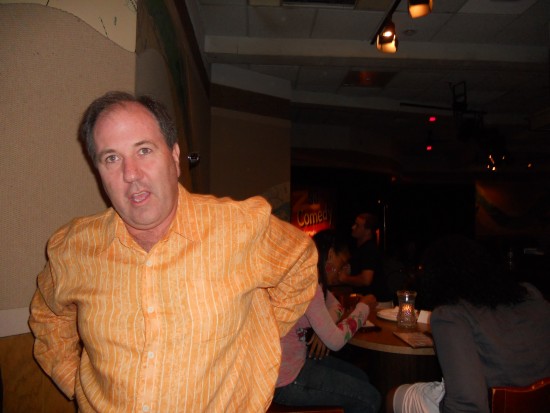 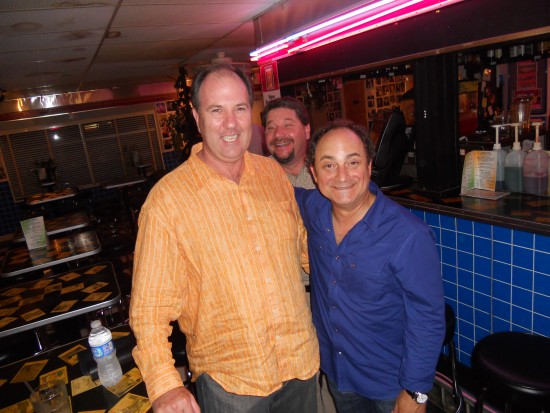 Kevin Pollak is a funny guy. 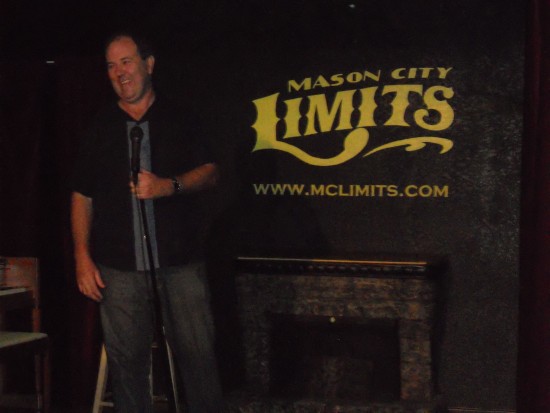 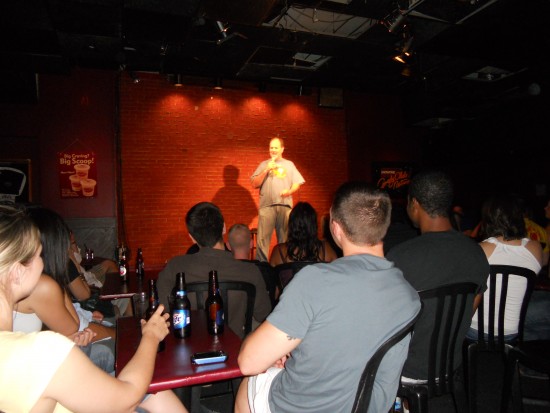 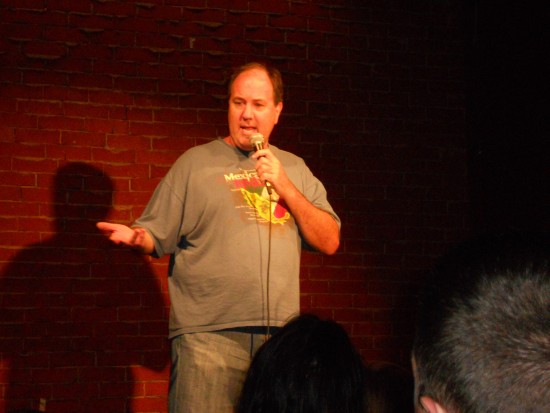 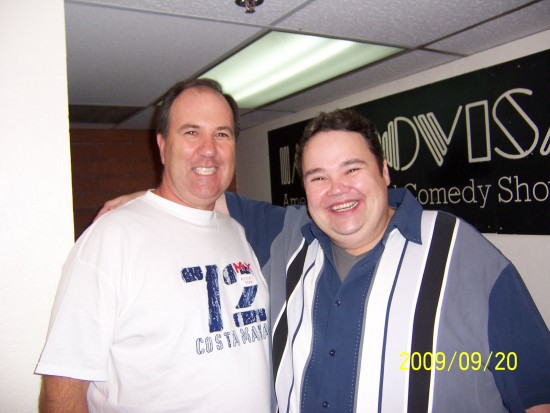 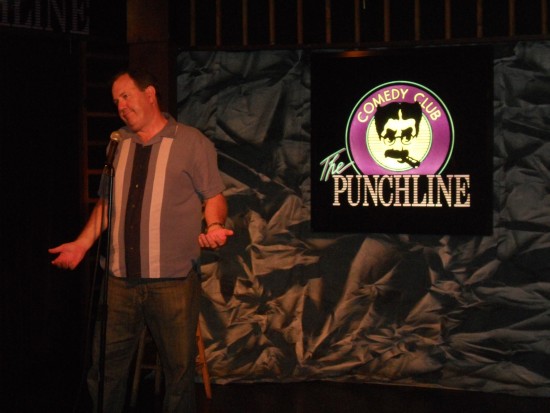 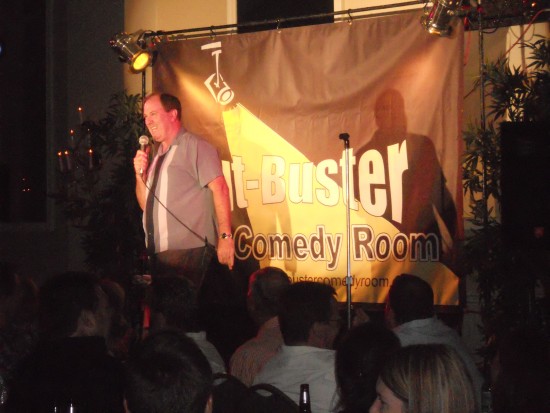 Tim Bateman is an "Australian" comedian living and working in the United States, who has just recently returned from doing "comedy for the troops" in Kuwait and Iraq.

Tim's comedy is clean to edgy. However, he's a featured comedian at both "Clean Comedy USA" and "Golden Years Comedy". His clean, family friendly, original material has made thousands of their clients laugh. Some of his corporate clients include Intel, EideBailly, Lennar, U.S Home, Bank of America and D.A.R.E.

For Tim, no event is to small or to big. He can tailor his comedy to suit your event. He is reliable, pliable and willing to do what it takes to make sure your event is a successful one.

Tim was very funny and loved having him as part of our holiday company party.

Thank you Kristine. It was fun performing for your Company. Thank you also for the gift certificate, really appreciate it.

Tim was great to work with. The show was wonderful and perfect for our corporate dinner event.

Ty Paige. You guys were a pleasure to work with. Really enjoyed performing at your Event.

Thank you Jim. It was a pleasure to perform for a great bunch of Law Enforcement professionals. Thank you for all the hard work you folks do, day to day.

Tim was AMAZING. We hired him as a comedian for our virtual company kick-off meeting of 90 financial advisors. Being that it was virtual and he couldn't see the audience or tell if we were laughing, he had his work cut out for him. I heard our entire office laughing and received incredible feedback saying how great he was. Tim and I met virtual a few days before the meeting to run through logistics and discuss a few jokes. He came very very prepared and did his own research of our company and some key employees to call on during the show. I can't express how much you need to hire him -- your company will enjoy it!

Tim did an excellent job, this being his first virtual comedy show. He was able to keep our attendees engaged. His comedy was entertaining and funny - Great Job Tim

Thank you Olga. Must admit, I was a little nervous before my first Virtual Show. You folks were a great audience and everything worked out well.

Thank you Shelley. Your folks were a lot of fun, really enjoyed entertaining them.

Tim Bateman is a funny man! He was able to tailor his routine to a church crowd and still be outrageously humorous. We got great value for money.

Tim Bateman provided just what I requested...a family friendly comedic routine that was appropriate for a church crowd. He kept the audience laughing until the end. I would recommend Tim for whatever gig someone is planning!

Thank you Matt. Was a pleasure to meet you and perform at your Event.

Tim was really great. He knows how to work the crowd. Everyone had a great time

Did not read audience well

Although Tim was very funny, he did not read his audience well. We are a drug and alcohol free environment, yet many of his jokes were about alcohol. He also told a joke about his naked brother, including body movements, that was not appropriate for a Christian environment.

Tim mentioned a couple of times during his bit that he saw my supervisor and I exchanging looks - yet did not change up his program. Although a good number had some good laughs, the majority of the attendees were uncomfortable for much of it.

Tim was awesome, and included some very clever personal razzing for my husband’s 60th birthday. He was a hit and made the party! Everyone loved it!

Tim was great - everyone really enjoyed his comedy.

Thank you Tim for making my Dads 80th Birthday party something to remember. I appreciated the clean humor in front of the kids and Thank you for Making us all laugh.

Tim, did a great show, he asked me a few questions, made notes. Every one loved him, we will ask him back next year. I had a ton of compliments!

Thank you Dennis. It was a fun night. Was a pleasure to do the event, really enjoyed that group. Good people.

He will kill it for you!

Awesome! Tim will not just show up and do his Gig. He will spend the time to understand your Audience in order to make your event a success. I have no hesitation in recommending Tim for your event.

Rick. It was a pleasure to work with you guys. Had a ball. Thanks again.

I saw Tim Bateman over a year ago at a show that included about a dozen different comedians; he made me laugh harder than any of the other performers. I got to see him again at a show in Phoenix last December. This guy's smart and hilarious -- I'd go see him again in a heartbeat.

We saw Tim in Las Vegas at the LA Comedy Club and had a great time! He's a funny, funny guy!

Very funny, good time, and clean for the whole family. I would attend another show.

OMG! This guy was hilarious! My boyfriend and I went to see Norm MacDonald and this guy was also performing! Double whammy!

Call Tim today, he is a good listener, friendly and inviting. You can be assured he will make every effort to make sure you look like the event planning genius you are.