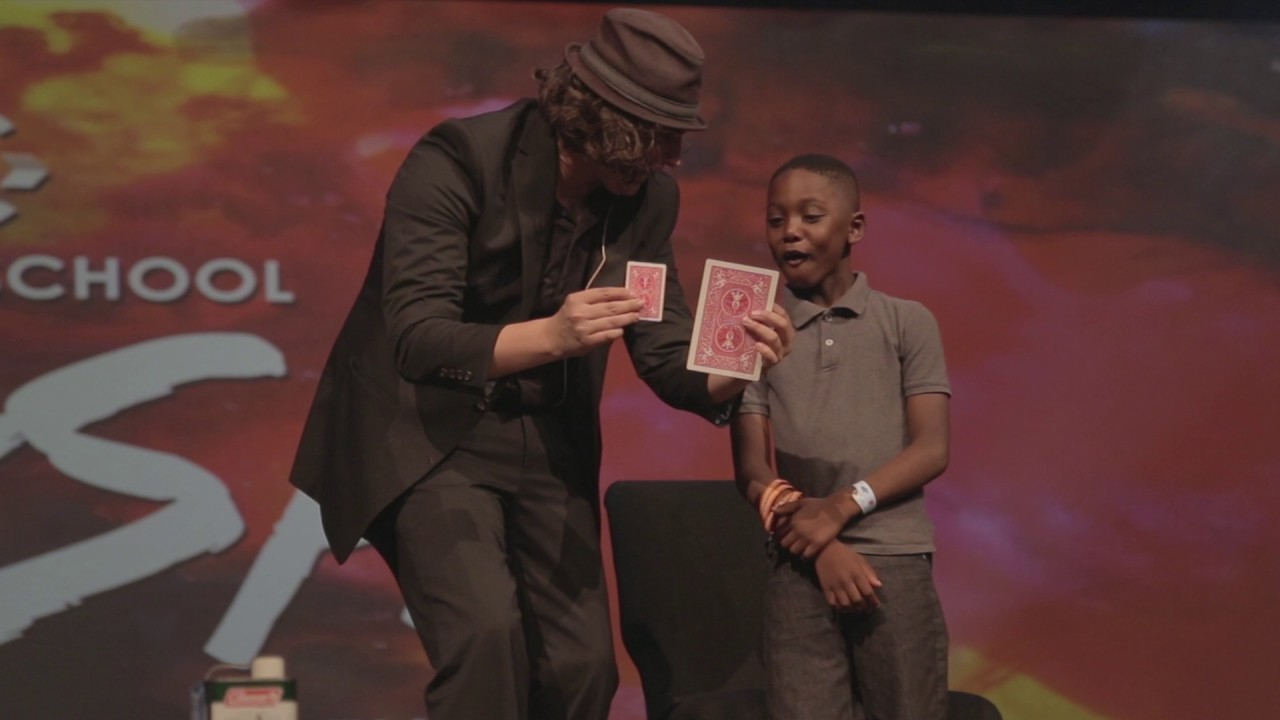 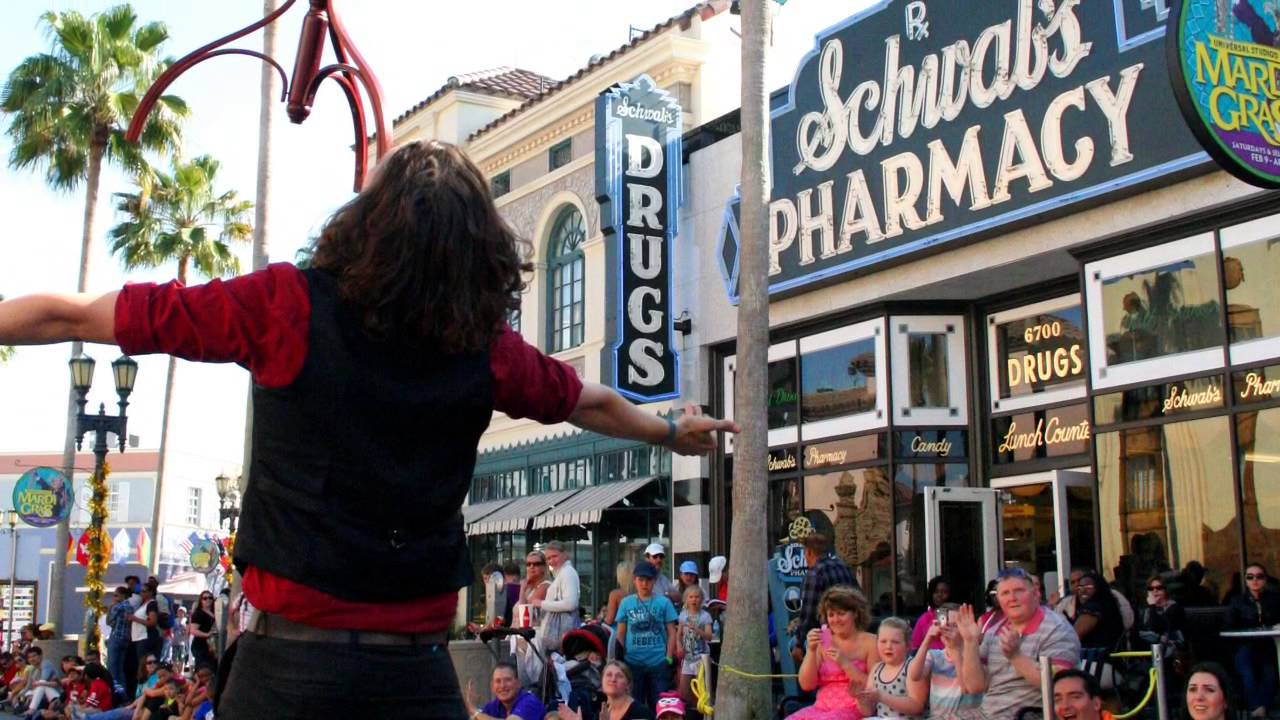 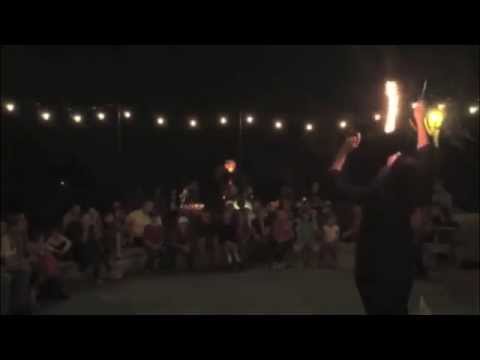 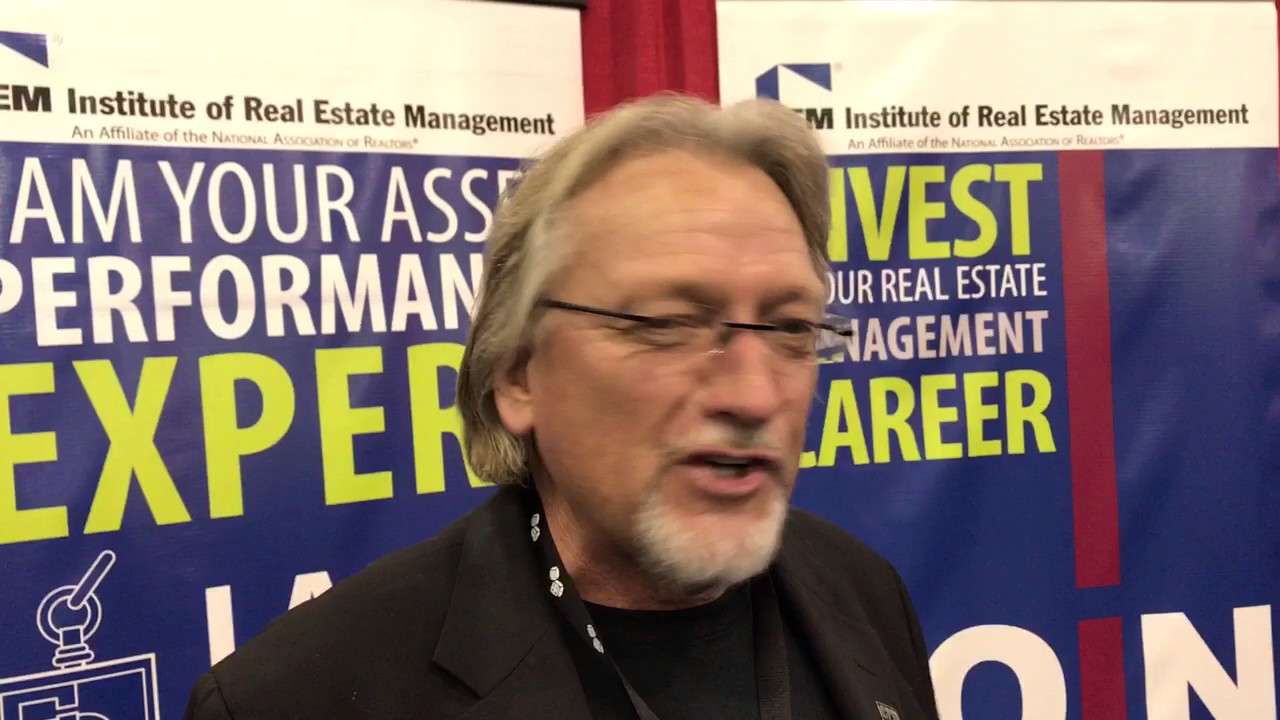 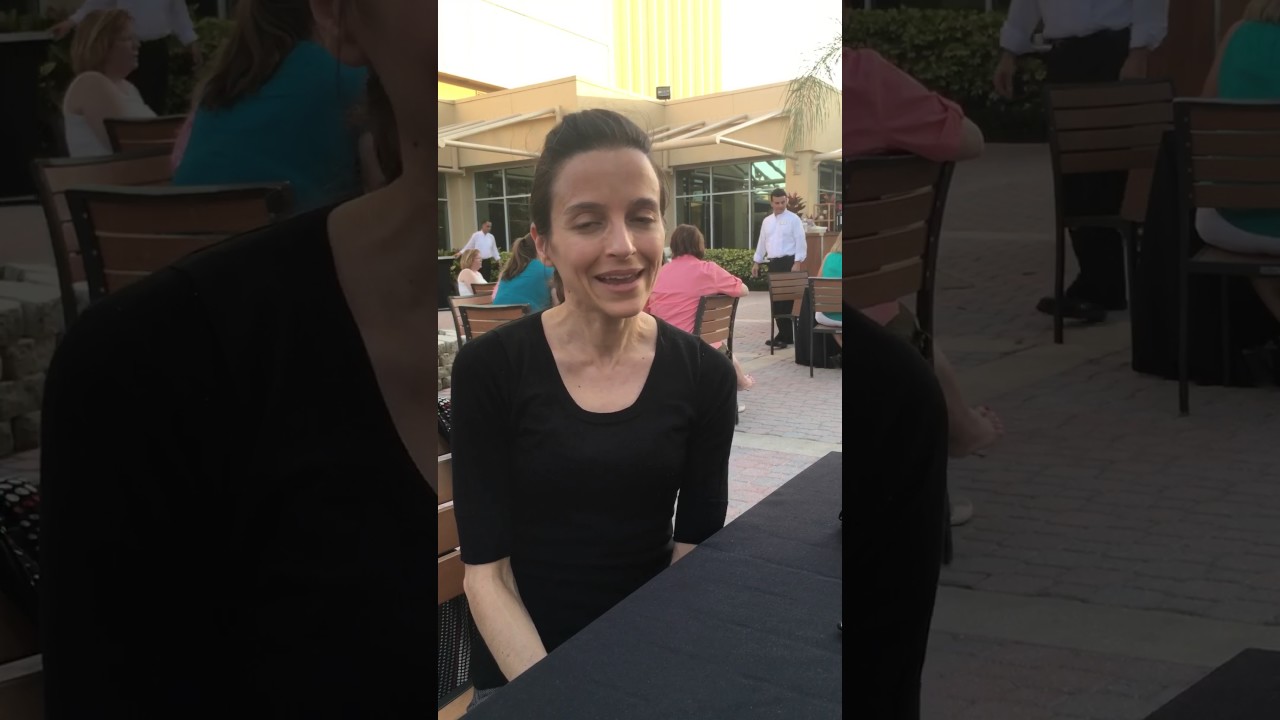 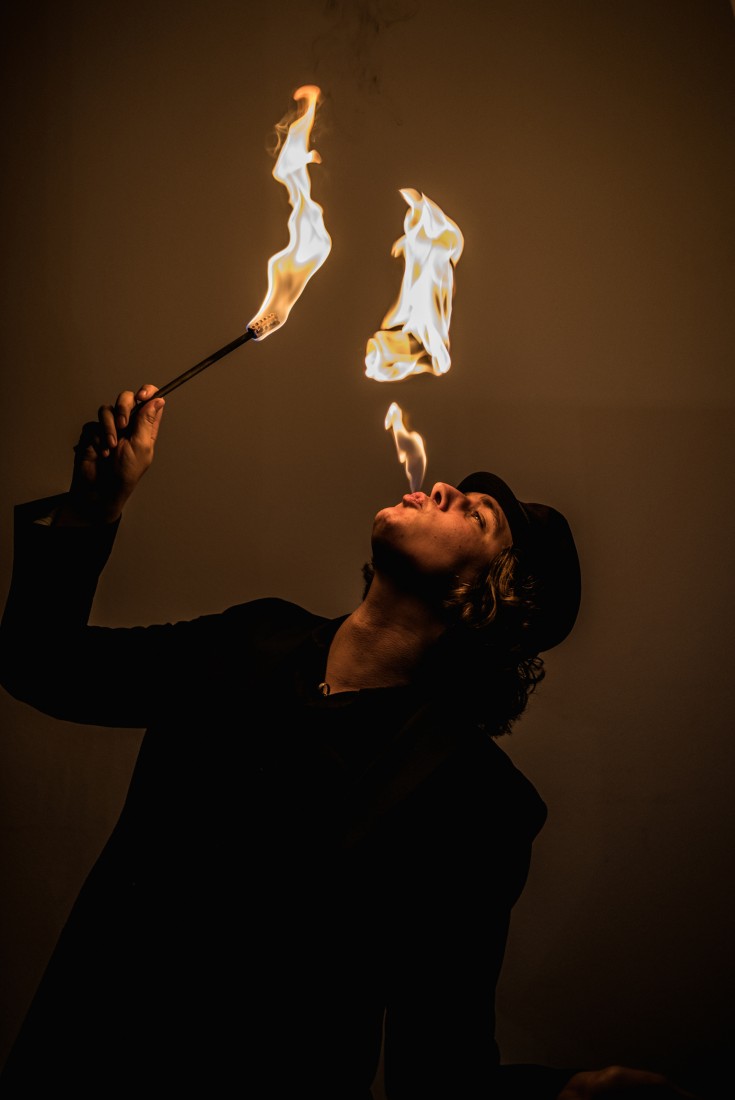 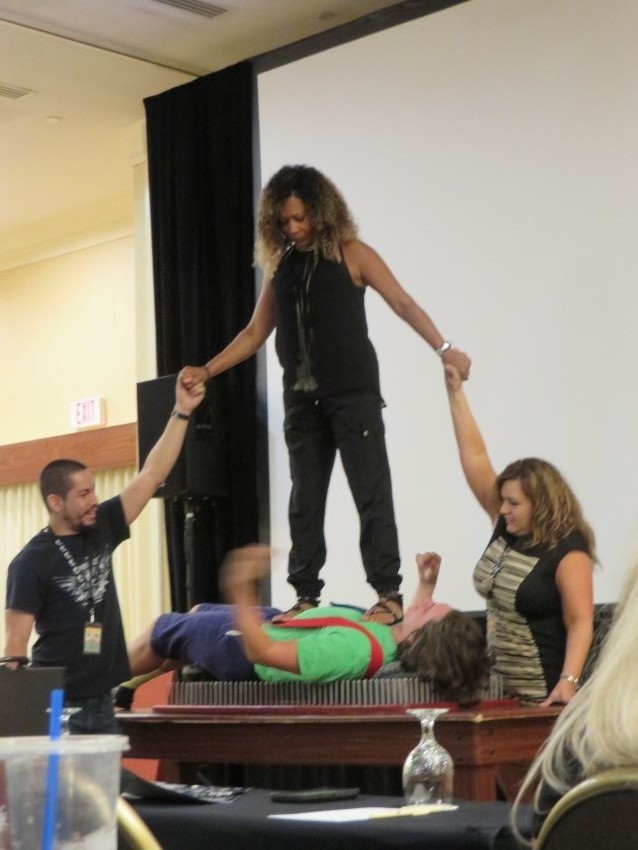 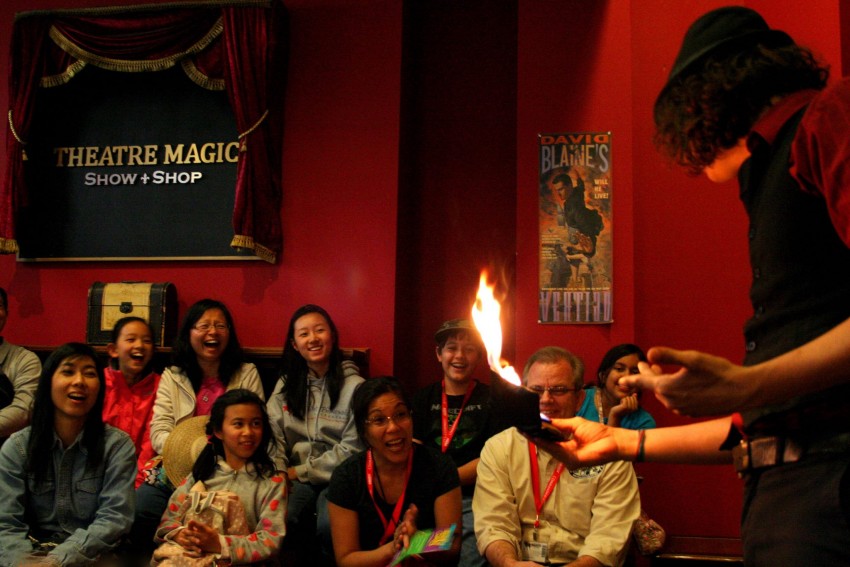 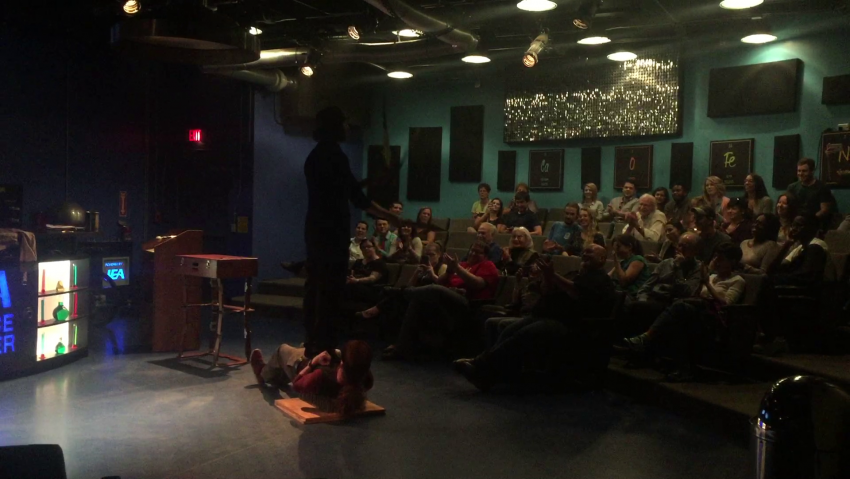 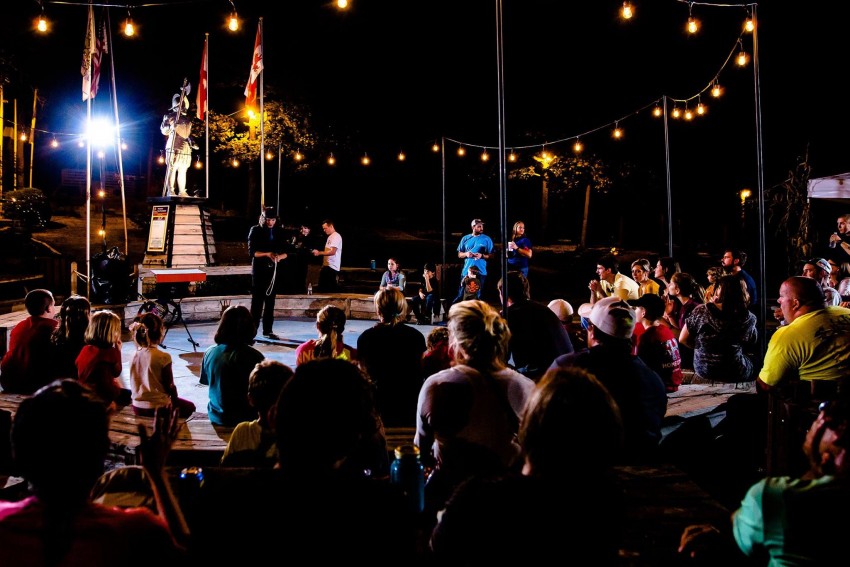 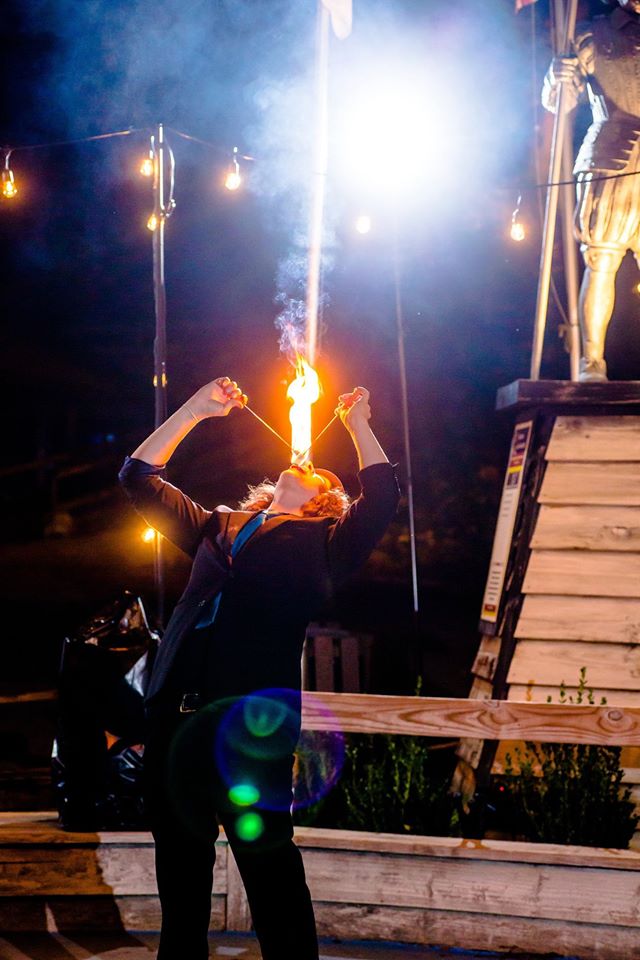 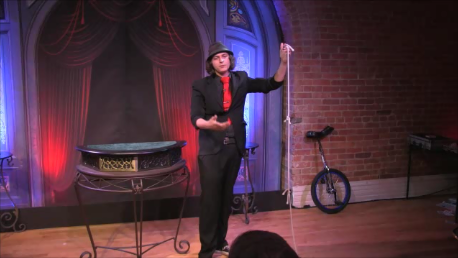 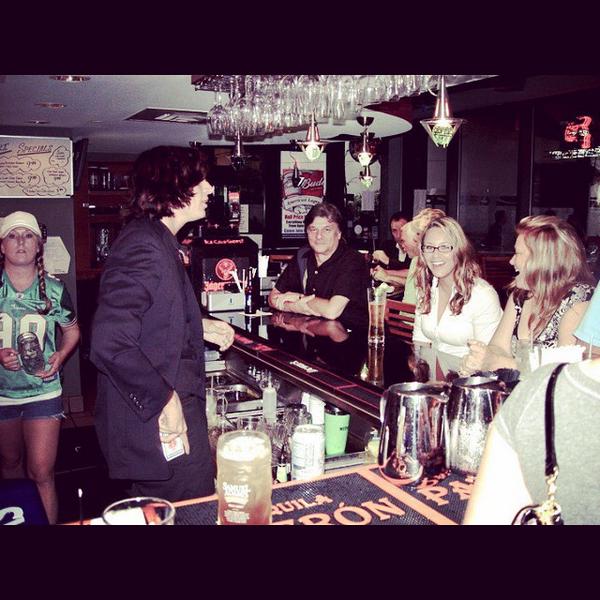 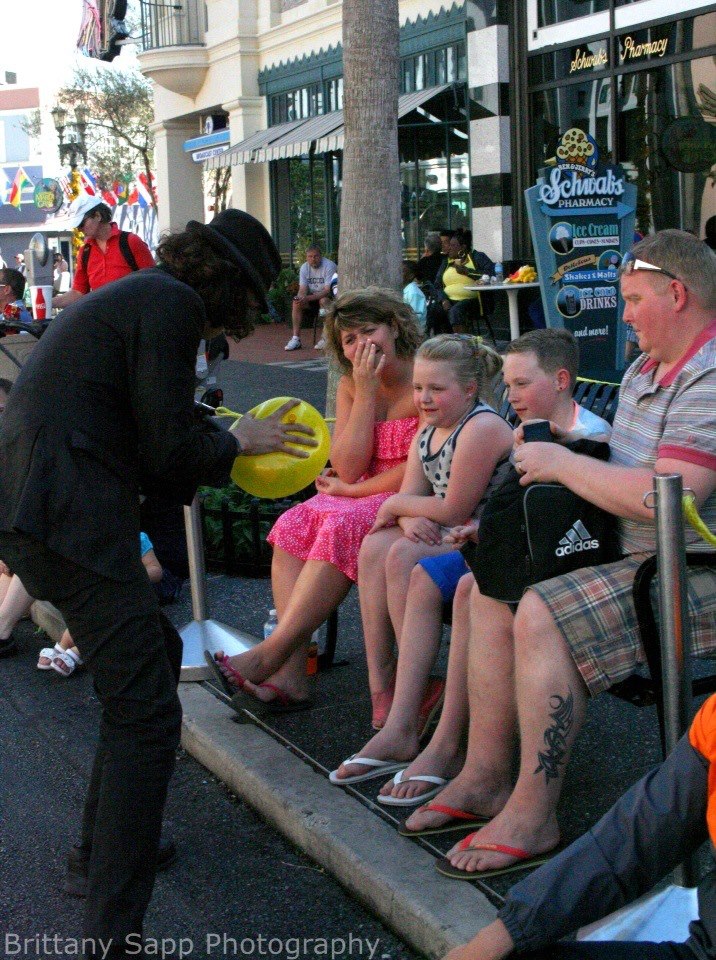 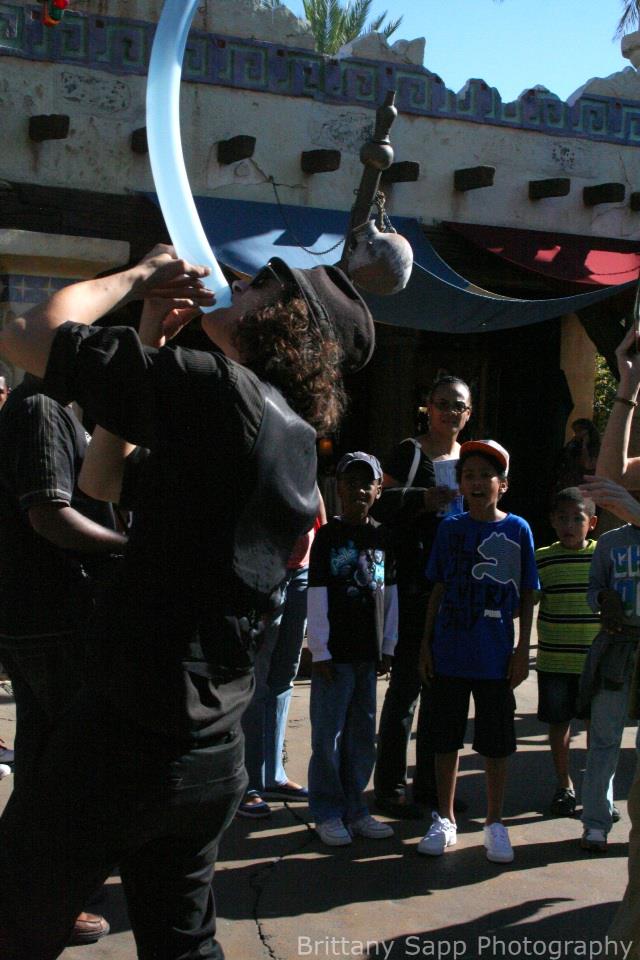 Matt Durham is the professional misfit your event has been waiting for. He is a jack of all traits, witty, charming, and an extraordinary performer. Witness Matt's display of magical feats and a spectacle of outlandish stunts that his audiences rave for. See why companies such as Fed Ex, H&R Block, Old Town U.S.A, Universal Studios Orlando, and Islands of Adventure have hired Matt Durham!!!

Wonderful addition to Xmas party. All ages included and wowed!

The magician was very friendly and had great energy! He definitely added a little something extra to the party.

He mingled well with the audience and everyone was amazed!

He is amazing at what he does, very friendly, great comedian/magician. Definitely recommended!

Matt did an awesome job. A close-up act at the beginning followed by mingling throughout the crowd doing magic for small groups. EVERYONE enjoyed it !!

Great act, added a special touch to our event. Would definitely recommend him to anyone looking for some great entertainment for their event ! Fun time 😜

Our party was a huge hit thanks to The Professional Misfit! He exceeded our expectations and had everyone laughing and in awe of the magic. One really great aspect was how he was able to adjust the comedy and magic to the different age groups.

Mathew was very professional and gave my kids, friends and family a marvellous afternoon! We had a blast and enjoyed his show very much!

We hired this magician to come during our holiday weekend to entertain kids and adults. Matt was great to work with during the booking process and was early upon arrival. His show was very "magical" although there were no rabbits pulled from hats. If there was one act that seemed to be the crowd favorite it would have to be the act using the banana that was supposed to be a bandanna (you will have to see it for yourself can't give too much away). His card tricks were amazing as well even when you think he doesn't have the right card picked out he does! Everybody at the show loved every second of it especially the kids! I would highly recommend for birthday parties, family reunions, etc.

Just a great performance from beginning to end. Wonderful for the 20+ kids, and very entertaining for the parents as well. Funny, daring and really cool show!!

Oh how fun this was!

Matt was engaging, personable and fun! we enjoyed having him at the trade show and he did several acts that stunned everyone!!! Would definitely book him again!!!

Perosnable and good mix of tricks and comedy

We had 12 people ranging from 7 years old to 73 years old and Matt did a good job tailoring his tricks and comedy to the whole group.

Great Accent to our Evening!

Enjoyed his juggling performance and it added to the French themed Ball. Thank you for being a part of our event!

We were entertained, we were surprised, we were tickled, we were amazed. With great showmanship and presentation Matt impressed us and kept us riveted to his deft handling of his magic. His patter and delivery is exceptional and I'd recommend him to any audience. A young magician whose this good is so hard to find...but he's it! Thanks, GigSalad!

Two acts in one!

Matt came to our community event, the "Back to School Bash", that we hold every year. At this event, we invite the community to come receive free backpacks and school supplies. He was the entertainment for our production, and he did just that! Not only did we hire a magician, but a comedian as well! His humor had the adults laughing and he had the kids in a star daze with his magic. Matt was super easy to work with and very laid back. Very much enjoyed him!

Let me start with the biggest reason I was impressed by Matthew's show...

He started with some comedic ice breaking tricks, which lead into some pretty logic defying illusions that got our party of about 30 laughing, clapping, and gasping rather quickly. For one trick he randomly picked a person out of the crowd. For another, he picked me.

The trick he picked me to participate in was to tie him to a chair, alongside another in the crowd using a rope. I almost wanted to bow out at this point and not participate...I am a career firefighter of 8 years, and we know our ropes and knots. I understand rope, working ends, loops, etc, like one in the navy would.

I then goofed him further, by breaking the terms of his trick. This wasn't intentional, and when I realized what I had done, I was very concerned for the magician who had just sealed his fate on a failed trick...I let him know as I tied an anchor bowline knot, and clove hitch after clove hitch around his hands, ankles, the chair, etc...that I was very concerned that this trick may not go so well for him...I hoped he would not add some element of death, because I was sure my unintentional breach of the rules would mess him up. He seemed confident in light of this- but there was no way to tell if he was playing this off with desperate hope, or truly that confident.

To my amazement (and honestly...relief!) he did it! He escaped the chair of firefighter knot doom....and the reason I was impressed was not only because he did it, but because he allows this kind of unpredictability into his trick in the first place. I felt then like I could have really failed him. Now I'm unsure. I tied him up good...how did he make it out?! That's a good magician.

Beyond that, Matthew was personal and charismatic enough to allow conversation after the show like I was talking to a friend I had known my whole life. He truly has the blood of a professional entertainer, and the aura of a good person. I'd highly recommend him to any event- you'll be amazed, you'll laugh at quality, audience appropriate humor, and simply have a better time with him just being there. Stop thinking about it and book him.

Matt is the best there is.

Not only did Matt do a wonderful job in our film, he went above and beyond to amaze everyone around. This guy will do anything (even swallow an inflated balloon) to entertain the audience. I highly recommend and would work with him again and again!

Matt Durham is the professional misfit your event has been waiting for. He is a jack of all traits, witty, charming, and an extraordinary performer. Witness Matt's display of magical feats and a spectacle of outlandish stunts that his audiences rave for. See why companies such as Fed Ex, H&R Block, Old Town U.S.A , Universal Studios Orlando, and Islands of Adventure have hired Matt Durham!!!

Matt Durham was originally from Cherry Hill, New Jersey and currently resides in Orlando Florida where he is now one of the hardest working magicians in America.

He's been a full time performer for the last ten years. He was a headlining magician at Universal Studios Orlando, and also at the Great Magic Hall. Hailed as the “Professional Misfit” Matt is blessed with the gift to gab, along with an onslaught of magical feats and outlandish stunts.

And when he comes to your next event , you will get to see the madness that has made him a mainstay in the biggest tourist trap in America. Expect an array of magic, juggling, stunts, and just plain old crazy. There is no way to know with this guy!

One clip on microphone

My main influences for my magic are from my mentor Robert Moreland who I've studied under for the last 4 years. My style particularly comes from my favorite comedians growing up such as Jim Carry, Rodney Dangerfield, and Chevy Chase.