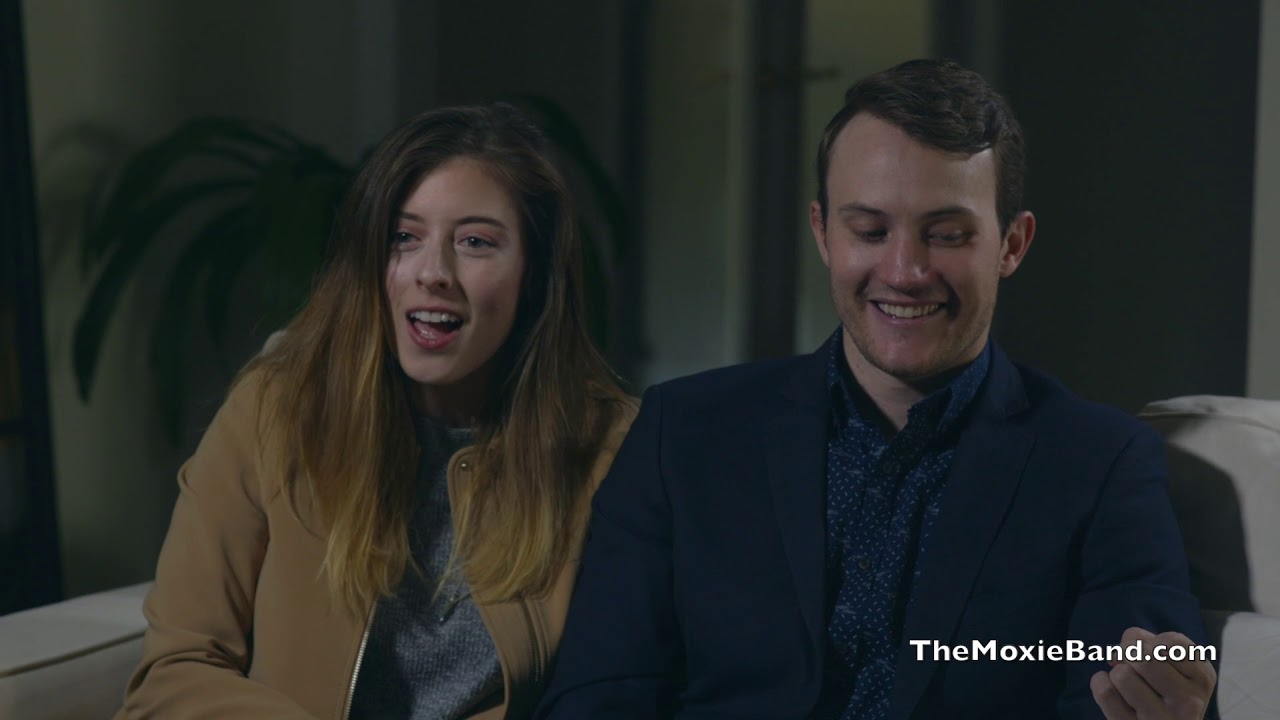 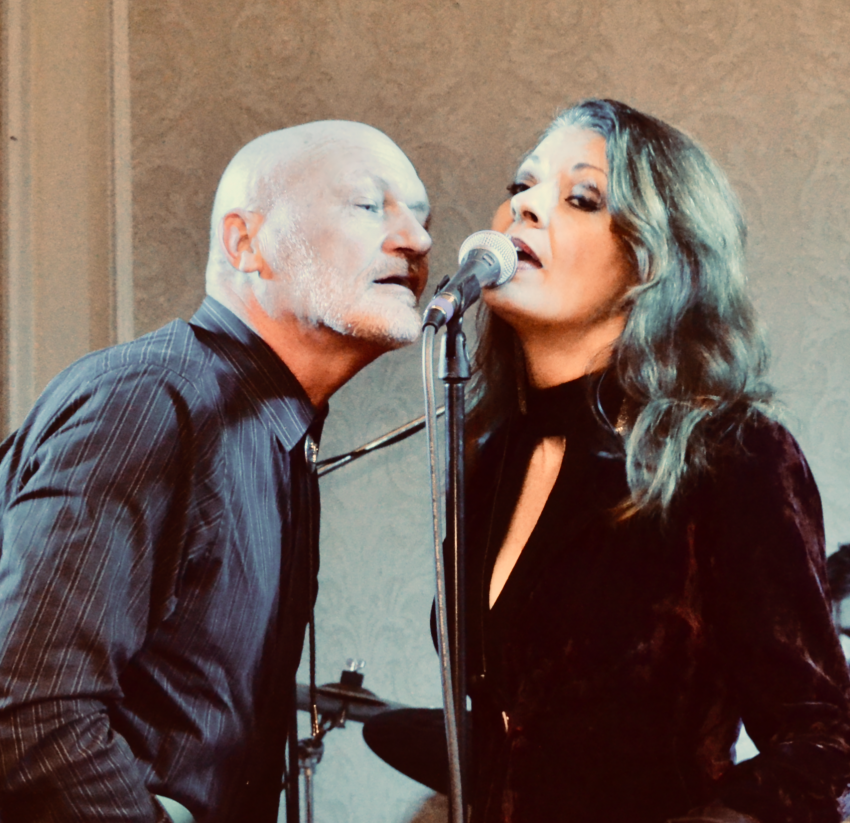 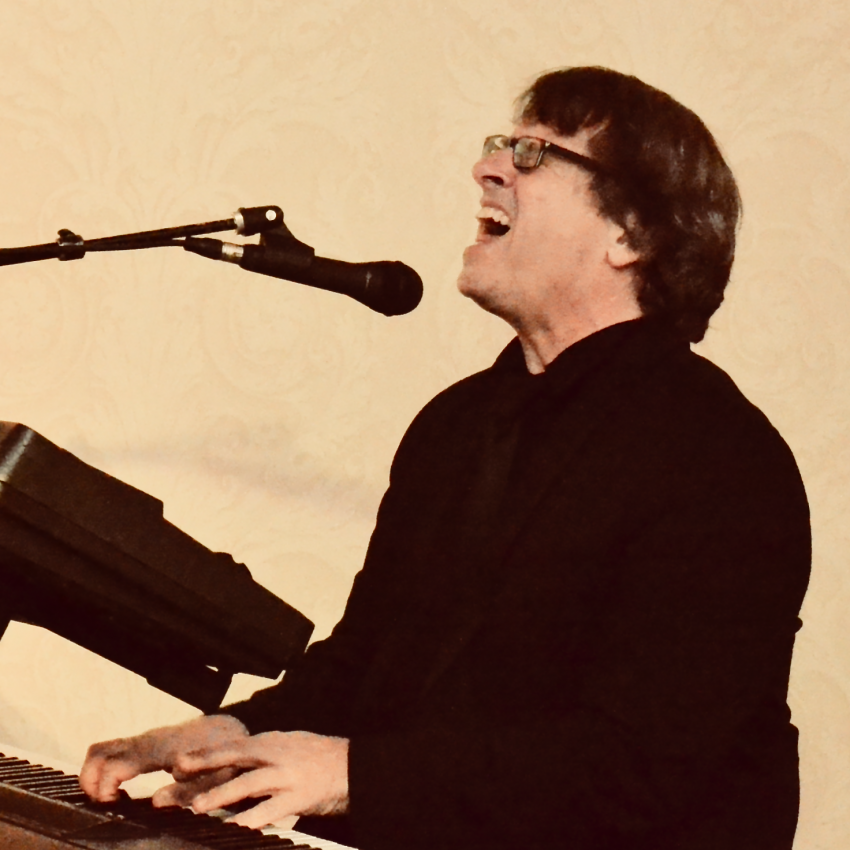 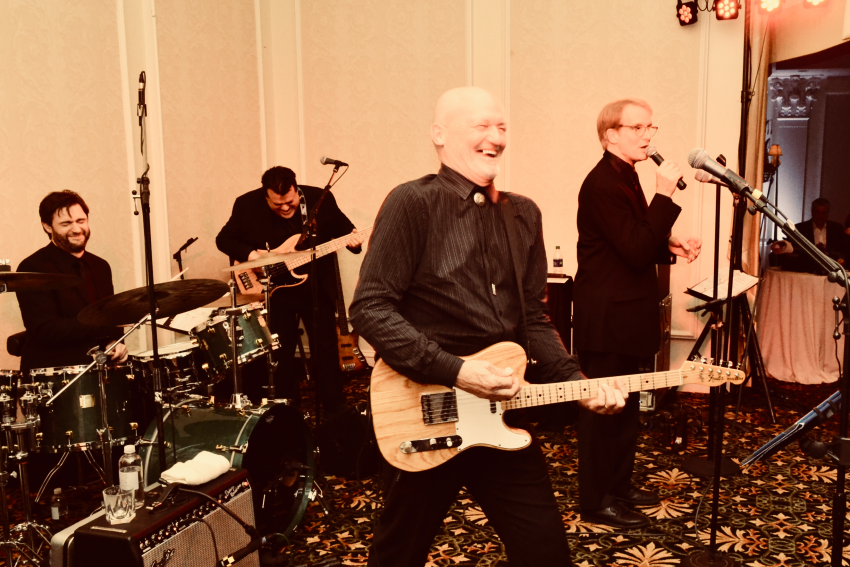 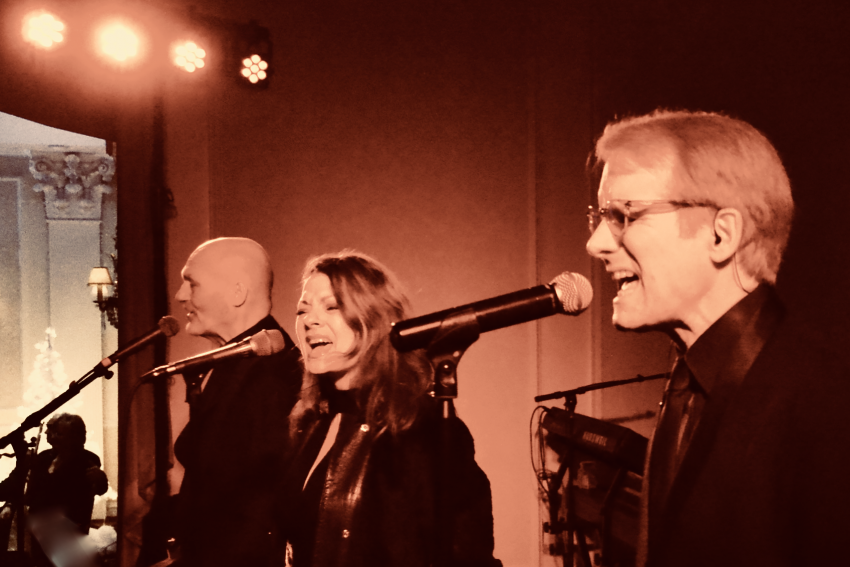 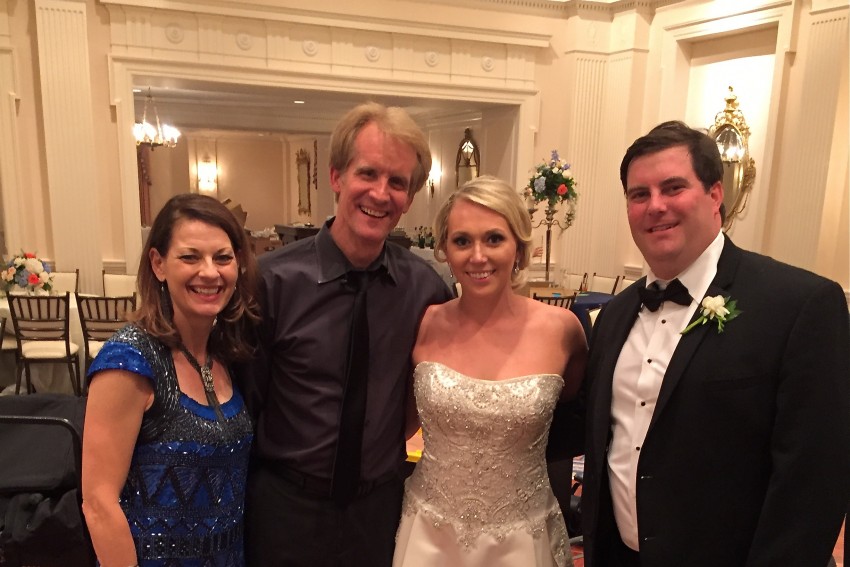 The Moxie Band will keep the dance floor packed throughout your party, and create a night you and your guests will rave about for years! If you are looking for an affordable, high-energy party band for your wedding or private event, The Moxie Band is the right band for you. Since every performance is customized to your personal taste, we have a proven record of customer satisfaction. From classy dinner music to Today's Top Hits and Classic Rock, we create the atmosphere that completes your vision for the party. Browse our playlist to see how The Moxie Band can help make your event unforgettable.

Be the first to review The Moxie Band

The Moxie Band will keep the dance floor packed throughout your party, and create a night you and your guests will rave about for years!

If you are looking for an affordable, high-energy party band for your wedding or private event, the Moxie Band is the right band for you.

Since every performance is customized to your personal taste, we have a proven record of customer satisfaction. From classy dinner music to Today's Top Hits and Classic Rock, we create the atmosphere that completes your vision for the party. Browse our playlist to see how the Moxie Band can help make your event unforgettable.

As one of Atlanta's top, award-winning party bands and one of the most requested bands in the Southeast, you can put your trust in The Moxie Band’s professionalism and integrity.

Rich Tatgenhorst; The Moxie Band Leader/ Lead and background Vocals/ MC & DJ: A native of Cincinnati and a graduate of Otterbein College in Theater Performance, Rich had the leads in all of his high school and college musicals but came back to his drums performing in nightclubs all over the country until 1986. He came to Atlanta in 1984 with a band from Columbus Ohio and joined the Axtell Productions team in 1986. MOXIE was formed the very next year and since then history has been made. MOXIE performed for Atlanta's biggest wedding reception in Atlanta (Ted Turner and Jane Fonda), the Buffalo Bill's Super Bowl party, the UPS 1996 Olympic parties, and the most important event in history . . . Yours! Rich's life has been performing either in great musical groups, or on stage. But his biggest honor is being a husband and a dad to his three precious children.

Tom Grose: Keyboards/ Lead & Background Vocals: Tom is the newest member of The Moxie Band! Tom has toured all over the U.S. with nationally known bands. Local Atlantan's know him best with Tom Grose and The Varsity, The Mike Veal Band, The Rupert's Orchestra, and A Tribute to Gregg Allman.

Tony Hill: Lead Guitar / Lead & Background Vocals. Tony comes to us after a 17 year run with Trammell The Super Band. He is known around Atlanta as the "Funky White-Boy" guitarist whose eclectic style came of age during the heyday of the classic rock guitar heroes of the 70's.He attributes his diverse singing and playing approach to growing up in the melting-pot culture of an army-brat living overseas. After years of touring with several groups such as The Resistance, Radar, Trammell, and Rockola, he has settled in Atlanta to pursue songwriting and recording. However, he still loves the thrill and magic of live performing and brings to Moxie a seasoned and energetic presence that spells F-U-N!!!!

Chris Ortiz: Bass / Lead & Background Vocals: Chris born in Flowery Branch, GA and has lived in Georgia most of his life. Having grown up in the deep south, Chris was exposed to an amazing variety of music…from country to blues, pop to classical & rock. But it was when he heard “Meet the Beatles” for the first time that he became “bitten by the music bug” at age 5. It wasn’t until he was 13 yrs old that he began to pick up the bass at the urging of his brother, who saw he had a knack for the instrument. While he developed his talent on the instrument, he was still being recruited as Lead Vocalist with various high school bands. And this experience eventually paid off with Chris, at 23, going on a USO tour in 1982 which took him through Canada, Europe, and Greenland. He traveled the world and loved it, but knew that playing bass and singing was his true calling. Upon returning, he never sang “up front” again, focusing on playing bass and singing.

Kristin Markiton; Lead & Background Vocals: Kristin is a classically trained, extremely versatile singer with a wide vocal range and the uncanny ability to perform virtually any musical genre or vocal style. She began performing in musical theater productions and has worked with many of the professional theaters in the Atlanta area, including The Atlanta Opera, Aurora Theatre, Horizon Theater, Actor’s Express, Jomandi Productions, Theatre in the Square, and Savoyards Light Opera (now the Atlanta Lyric Theater).

As a recording artist and songwriter, she has released two full-length studio albums. Her debut solo album, Wandering Moon, was produced by Kristian Bush of the country band, Sugarland, and features some of the most talented musicians and songwriters in the Atlanta area, including Kristian Bush himself who appears on the title track which he and Kristin co-wrote together. The other release came out of her time touring, writing and recording with the Atlanta based blues-roots-rock band, Delta Moon. It is called Howlin’ and is available online at Spotify, Itunes, ). Kristin has also recorded countless commercial jingles, demos, and appeared as guest vocalist on many other artist’s albums.

Kristin has performed with many of Atlanta’s most sought-after party/wedding bands during her 20 years here in Atlanta (she is originally from the Great Pacific Northwest), including Big Mike Geier and his Kingsized Band, Rupert’s Orchestra, The Mike Veal Band, Numerous Complaints, the Kid Brothers Band, and the GT’s, but is very happy to have made her home for the past 8 years right here with the wonderful, talented gentlemen of The Moxie Band.

Nick Longo; Sax / Lead Vocals: Nick has been performing with MOXIE since 1995. He holds a degree in Jazz Studies from Georgia State University and has been playing professionally for the past 20 years. He works consistently, playing all genres of music, and has worked on stage and recorded with such well-knowns as Greg Allman, Al Cooper, Charlie Daniels, Lynard Skynard, Don Henley, Francine Reed, and The Coasters. In addition, Nick has worked with jazz greats Nick Erignola and Randy Brecker. You can hear his work on commercials for Delta Airline, Kroger, Eureka, Hud Homes, BellSouth, as well as on the CBS program "Nightman" and the Cartoon Network.

Scott Meeder; Drums & Percussion: Scott Meeder, is the proverbial "Jeff Porcaro" of Atlanta. Even if you're not familiar with his name it's a virtual guarantee that you've heard him on record. He has been the first call session drummer on the Atlanta recording scene for the past 30 years. His credits include: .38 Special, Toni Braxton, Sugarland, Ricky Gunn, Aaron Shust, John Waller, and countless tv, motion picture, and radio dates. We discuss his musical upbringing and education, first gigs, musical influences, early use of electronics, his studio experiences, recording gear, large scale touring, his current work, and advice for young musicians. Please subscribe to the show on Itunes, Google Play Podcasts, Podbean, Stitcher or your favorite podcast app. A new episode is published every Monday!

Love Songs and Smooth Selections from Yesterday and Today.
And I Love Her The Beatles
At Last Ella Fitzgerald
Best of My Love The Eagles
Bewitched and Bewildered Standard
Blue Bayou Linda Ronstadt
Bubbly Colbie Caillat
Can’t Take My Eyes Off of You Frankie Valli and the Four Seasons
Come Away With Me Norah Jones
Crazy Patsy Cline
Crazy Love Van Morrison
Crush on You Standard
Don’t Know Why I Didn’t Come Norah Jones
Don’t Worry Baby The Beach Boys
Dream, Dream, Dream Everly Brothers
Embraceable You Standard
Falling In Love With You Elvis Presley
Fields of Gold Sting
Fooled Around & Fell in Love Elvin Bishop
Fools Rush in Standard
For Sentimental Reasons Nat King Cole
Georgia on My Mind Ray Charles
Harvest Moon Neil Young
Have I Told You Lately Van Morrison
Heart of Gold Neil Young
I Choose You Sara Bareilles
I Cross My Heart George Strait
I Left My Heart In San Francisco Tony Bennett
I’m Yours Jason Mraz
Into The Mystic Van Morrison
If I Fell in Love with You The Beatles
In My Life The Beatles
Just the Way You Are Billy Joel
Killing the Blues Robert Plant & Alison Krauss
Let’s Stay Together Al Green
Old Man Neil Young
Only You Can Love Me This Way Keith Urban
Make You Feel My Love Adele Arrangement
Me and You Kenny Chesney
Misty Johnny Mathis
My Girl The Temptations
My Wish Rascal Flatts
Nearness of You Standard
Perfect Ed Sheeran
Save The Last Dance for Me The Drifters
(Sittin’ On The) Dock of The Bay Otis Redding
Skylark Standard
Someone to Watch over Me Standard
Something The Beatles
Summer Wind Frank Sinatra
Sweet Melissa Allman Brothers
Tennessee Waltz Sam Cooke
Tennessee Whiskey Chris Stapleton
Tequila Sunrise The Eagles
The Way I Am Ingrid Michaelson
Thinking Out Loud Ed Sheeran
Unchained Melody The Righteous Brothers
Under The Boardwalk The Drifters
Unforgettable Nat King Cole
Up On The Roof The Drifters
What A Wonderful World Louis Armstrong
When A Man Loves A Woman Percy Sledge
You Are the Best Thing Ray LaMontagne
You Are the Sunshine of My Life Stevie Wonder
You’ve Lost That Lovin’ Feeling The Righteous Brothers
Your Song Elton John