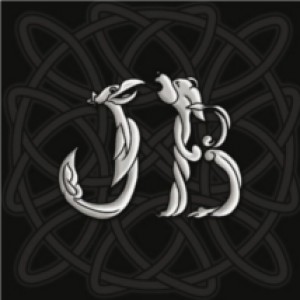 The Jolly Beggars bring Celtic folk music and storytelling to modern day audiences. Their songs and arrangements have exposed many to the joys of Celtic music. They tell stories from Irish folklore and intersperse their musical arrangements with traditional reels and jigs. Characterized by tight harmonies and use of guitars, mandolin, tin whistles, banjo, bass, bodhran, harp, and more, the Beggars have built a solid following and continue to spread their music around the east coast.

The band performs music that is largely Celtic in origin (Irish and Scottish), with some pieces coming from an extension of that music in other cultures.

*If booking for March, please do so in the early fall!

Be the first to review The Jolly Beggars

The Jolly Beggars are a five member group based out of Hartford, CT. The group formed in 2009 and has developed a following throughout Connecticut, New York, and Massachusetts. The Beggars met at The Hartt School of Music, and have since all graduated - all of whom are currently freelance musicians and music teachers in Connecticut.

Some of the songs included in the Beggars' ever-growing repertoire are Rocky Road to Dublin, The Minstrel Boy, As I Roved Out, The Wild Rover, Danny Boy, The Jolly Beggar, Mursheen Durken, Molly Malone, and many more Celtic songs and sea shanties. The Beggars have played everywhere from pubs, bars, and restaurants to festivals, fairs, house parties, weddings, and benefit concerts at churches, schools, and performing arts theaters.

They have played several live sets on Folk Revival, Nick Noble's WICN show in Worcester, Massachusetts. They have also been featured on a few radio stations throughout New England and online.

Event planners can expect professionalism in terms of the quality of performance and communication regarding events.

We own all equipment necessary to provide a musical performance. If a venue wishes us to use house equipment, that's fine, too.

Arthur MacBride
As I Roved Out (When Can We Get Married?)
The Blacksmith
Bridal Jig
Charlie on the MTA
Come Get Your Duds in Order
Courtin' in the Kitchen
Cunla
Danny Boy
Drunken Sailor
Dunmore Lasses
The Elfin Knight
Finnegan's Wake
Follow Me Up to Carlow
Galway Girl
The Good Ship Kangaroo
The Gypsy Rover
Home for a Rest
In the Fairy Mount, Out the Fairy Mount
Irish Rover
Johnny Be Fine
Johnny Don't Go to Ballincollig
Johnson's Motor Car
The Jolly Beggar
The Joy of My Life
Kesh Jig
Kiss the Bride
The Lark in the Morning
Leaving of Liverpool
The Little Beggarman
Loch Lomond
Lukey's Boat
Mairy's Wedding
McRyan's Lament
The Minstrel Boy
Molly Malone
Morning Star Reel
Mursheen Durken
The Next Market Day
The Night That Paddy Murphy Died
Old Black Rum
The Parting Glass
The Patriot Game
Pollie on the Shore
Raggle Taggle Gypsy
Red Haired Mary
The Rising of the Moon
Rocky Road to Dublin
Rosemary Lane
Sally Brown
Seven Drunken Nights
Sixteen Come Next Sunday
Star of the County Down
Step It Out Mary
Tell My Ma
The Spanish Lady
Whiskey in the Jar
Whiskey on a Sunday
The Wild Rover