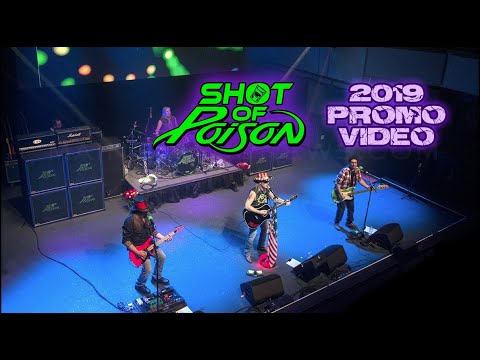 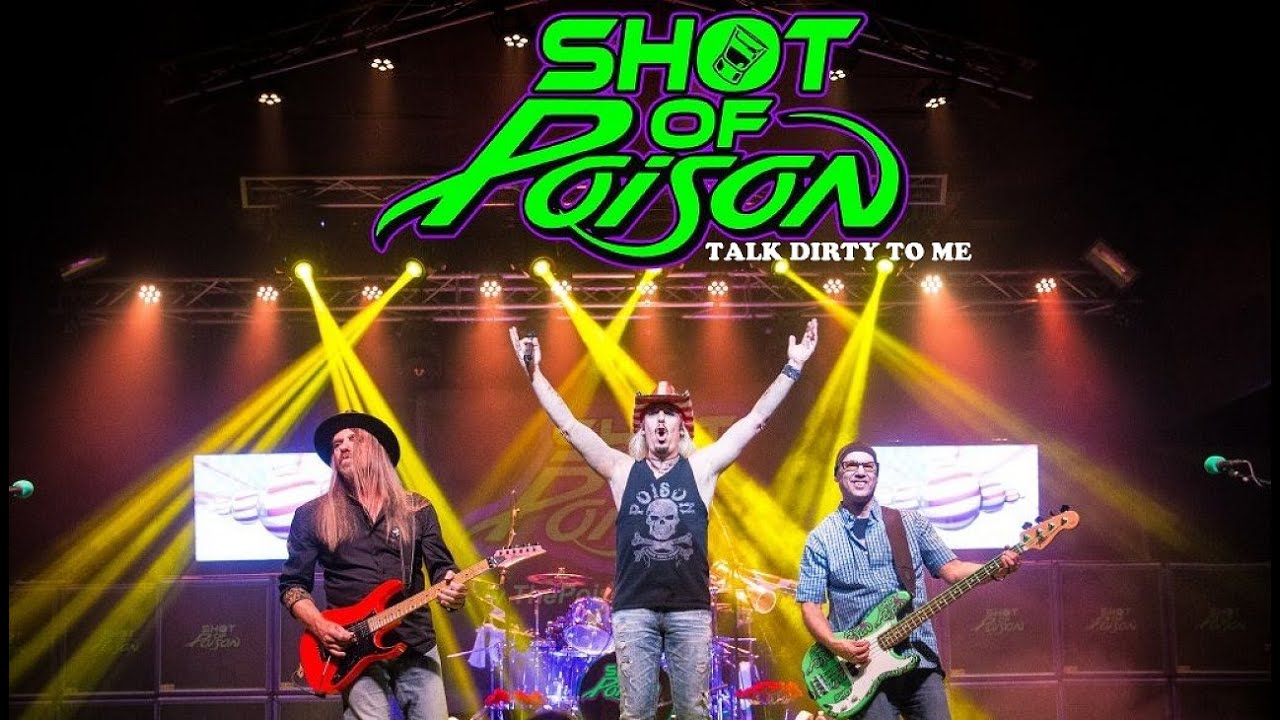 Talk Dirty to Me 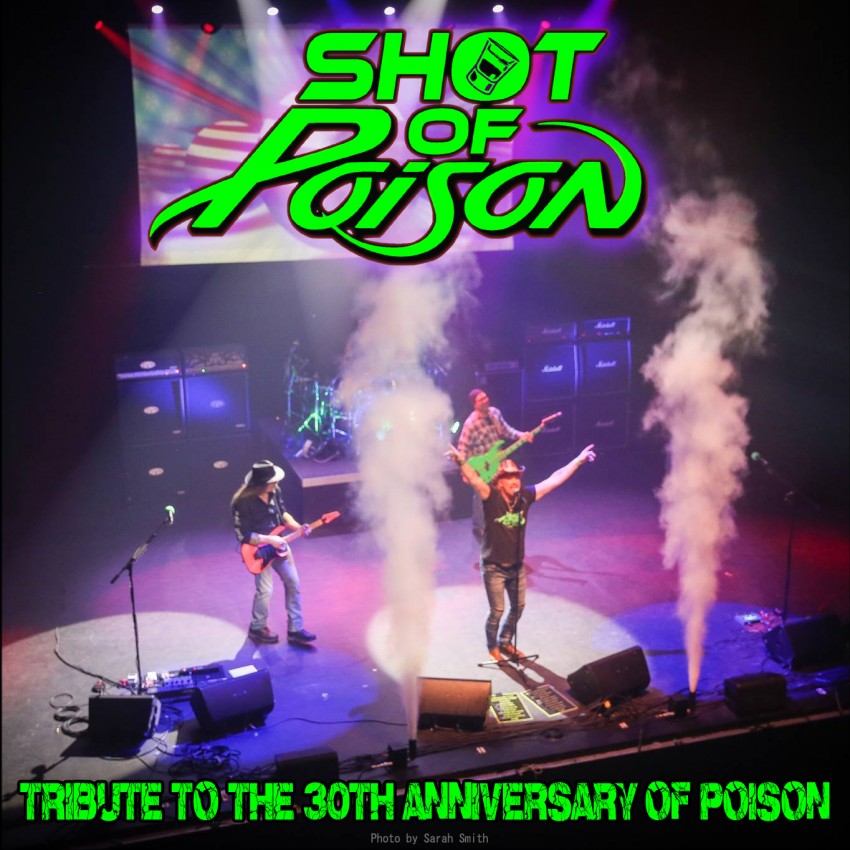 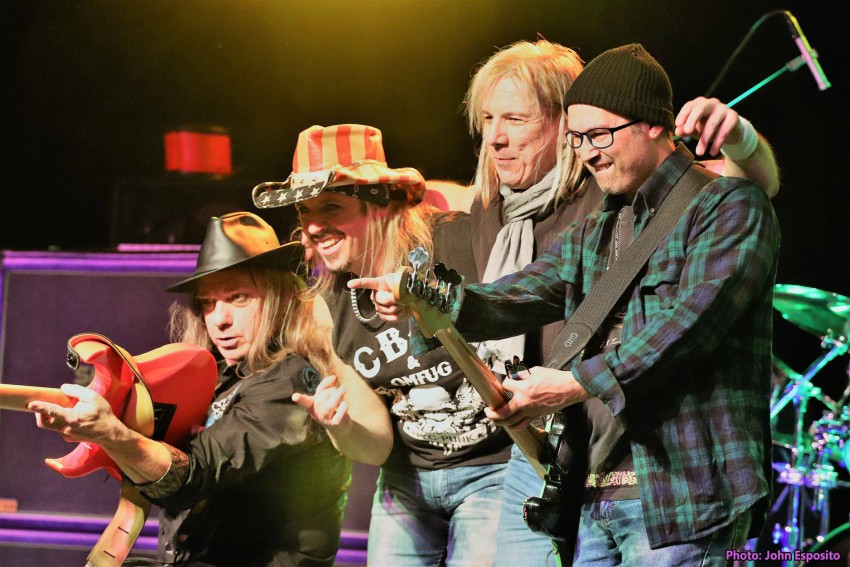 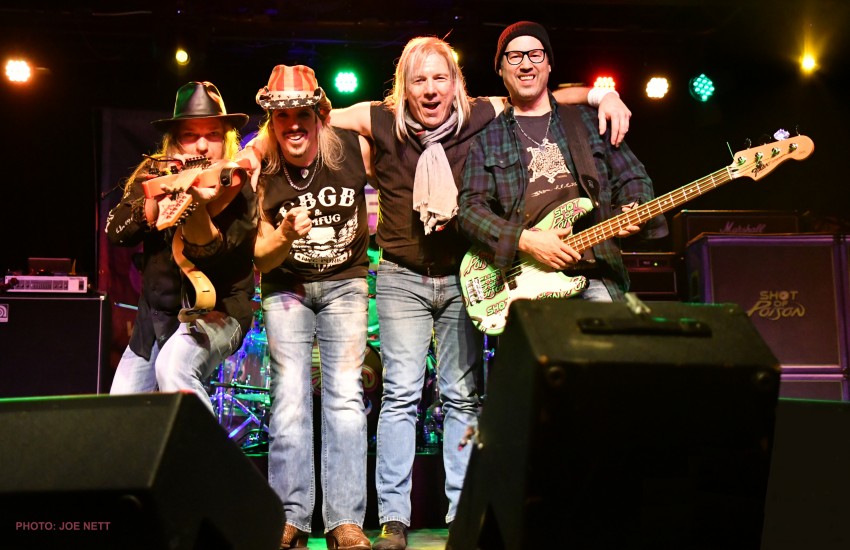 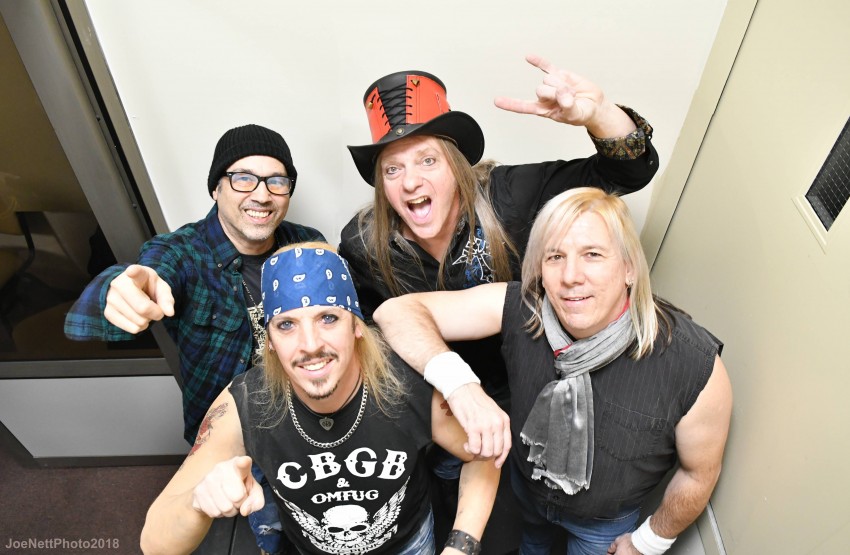 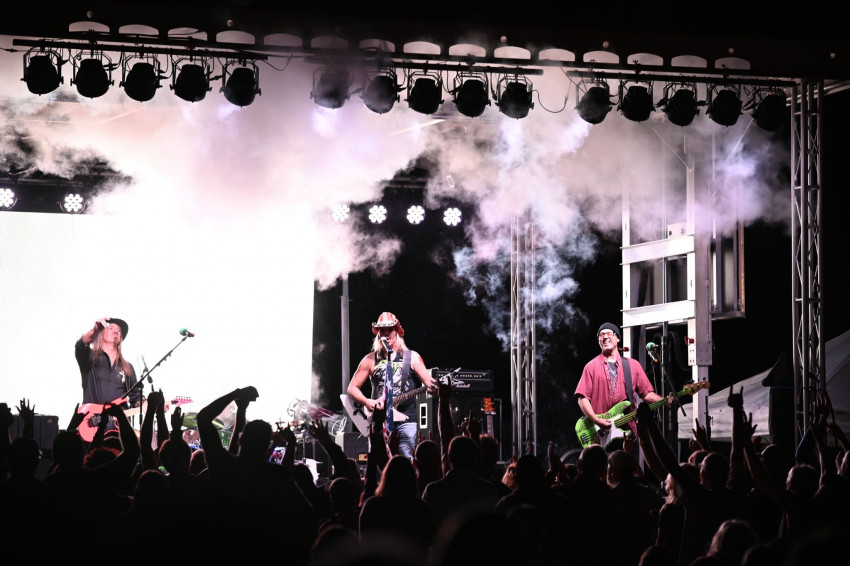 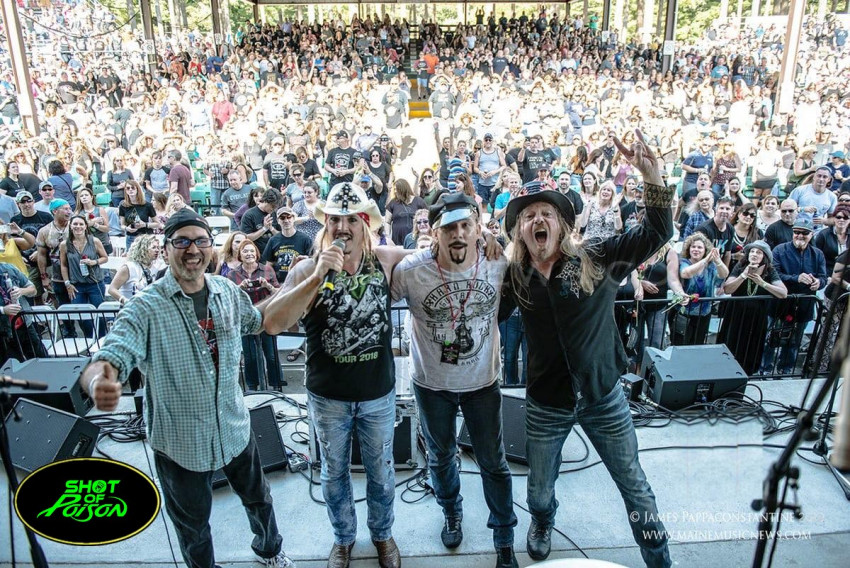 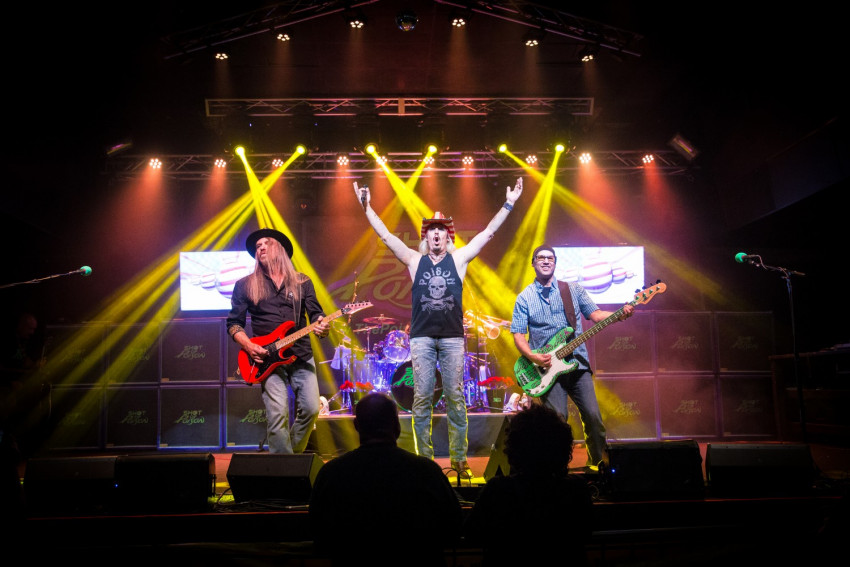 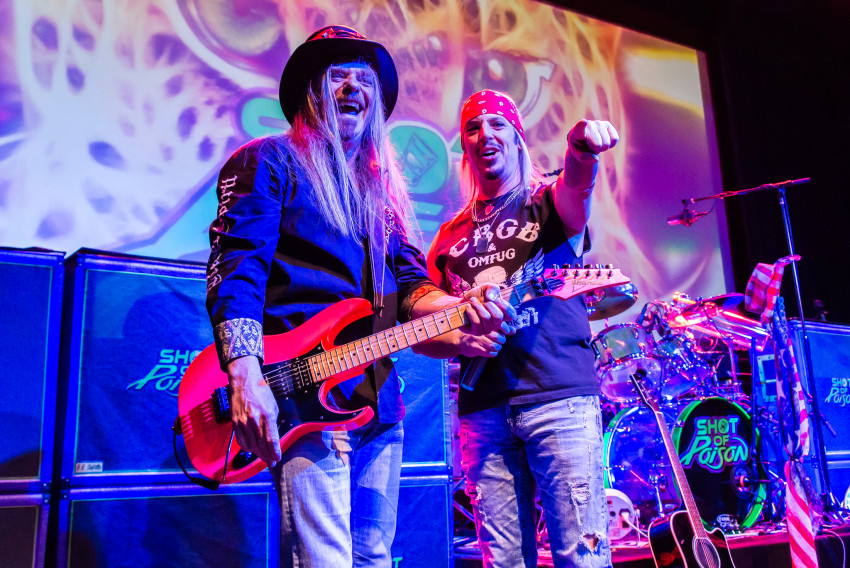 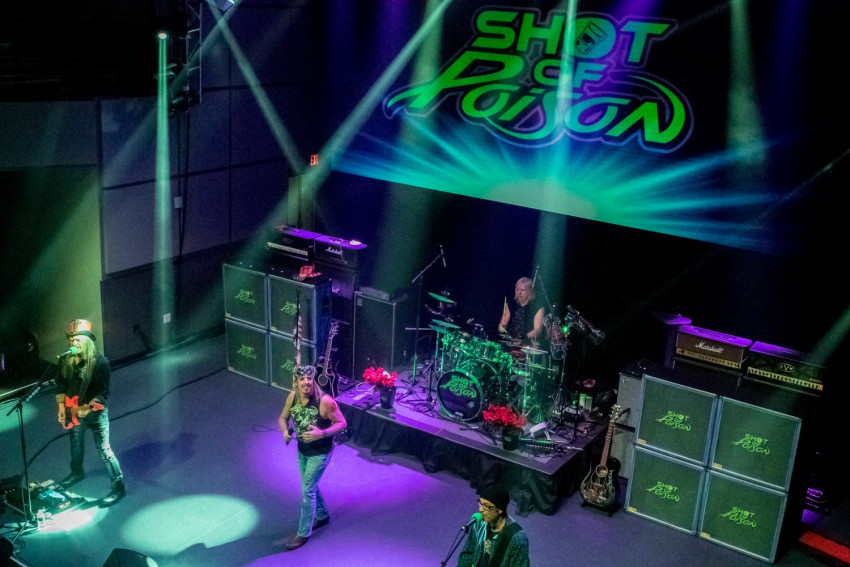 World's only tribute to Poison's 30th anniversary. Highly credentialed, skilled, veteran performers and event producers. We bring the party, every time. Our show is rehearsed, partly choreographed, partly scripted, includes spectacular cryo-jet effects, real-time-operated video on our screens or yours, sing-alongs, a salute to veterans, a rose giveaway, a balloon drop and the hits of Poison played with stunning accuracy. There's no better Poison tribute on Earth - we've looked!

GigSalad won't allow us to enter a "travel distance" of >200 miles, but in truth it is unlimited. We have performed, thus far, from Maine to Indiana.

Be the first to review Shot of Poison

Shot of Poison is a group of talented, veteran, New England-based rock musicians, and innovative musical businessmen, who've created a top-shelf tribute to the 30th anniversary of the greatest, hard-rocking, glam-slam party band ever - Poison. With enhanced lighting and audio, video, special effects, party favors, and their own Party Time Crew, Shot of Poison's full intention is to bring audiences the look and sound they expect, to make the best modern-day Poison experience in the world. OK, so, you've read "talented, veteran, local musicians" a million times - but for these guys, the word "supergroup" truly is apt.

Drummer Ken Gilman originally came up with the idea back in 2010, and founded the first Shot of Poison, which was a fast success, but lasted only a year. Then, after leading the top local '80s glam rock tribute, M80, throughout the first half of the 2010s, he saw that the market gap for a modern-day Poison tribute remained as opportune as ever and became determined to launch a more durable and unstoppable Shot of Poison Version 2. The first step for "Kenny Rockkit" was to find the other half of the rhythm section.

Long-time original rocker and recording artist Ad Boc agreed that a professional Poison tribute would be a blast. In 2012 he had founded AfterFab, the first and best tribute to the solo careers of The Beatles, and built it into a theater-level attraction throughout New England and beyond. Eager to put his wealth of experience behind a new tribute project, he became Shot of Poison's bassist "Bobby Dollface."

A mutual friend of the pair, Bruce Bennett, jumped at the chance to tribute one his favorite bands and to become guitarist "B.B. SeVille." Equally accomplished as a guitarist, producer, sound architect, and business entrepreneur. the owner of The CD Recycling Center of America and Thrifty's Second Hand Stuff is also a long-time band leader. In 2013 he founded Cold As Ice, America's best tribute to Foreigner, and built it into a top draw throughout New England.

Finally, singer Frank Pupillo came on following stints as a drummer in bands playing country to hard rock. He still the singing half of a busy acoustic duo, as well. As well as musicianship credentials dating back to the 1990s, Frank is also a successful event producer who has worked with some of New England's most prestigious venues including the Hanover Theatre and Indian Ranch Amphitheater.

With three founders of successful tribute bands, Shot of Poison are exceptionally business-wise, credentialed, capable and committed to doing justice to the music of Poison. They've spared little expense to assemble a big, celebratory, theatrical, nothin'-but-a-good-time show for the fans. For more detail about the individual band members, please see the Band Member Biographies page.

"Poison is absolutely iconic among the '80s glam bands," says Ad Boc. "They struck a chord with legions of fans who grew up with them and love them dearly to this day, for the good times they represented. Poison's videos receive tens of thousands of views per week on YouTube, and the Comments on them are outpourings of appreciation." Poison has an amazing 2.2 million Likes on Facebook, which is more than monster classic-rock acts like Bad Company, Steve Miller Band, and John Mellencamp. They've sold a whopping 50+ million records worldwide.

Thanks to Poison singer Bret Michaels becoming an icon for a second time in 2000s, Poison has remained a household name for thirty years.

Shot of Poison aims to due ample justice to the accomplishments of Poison. For good measure, Shot of Poison also donates a portion of all their merchandise sales to the Bret Michaels Life Rocks Foundation, a registered 501-C3 charity benefiting sufferers of childhood cancer and diabetes, veterans, animal welfare, disaster relief, and more.

Shot of Poison has a complete technical rider on our web site.

Shot of Poison has a complete technical rider on our web site.