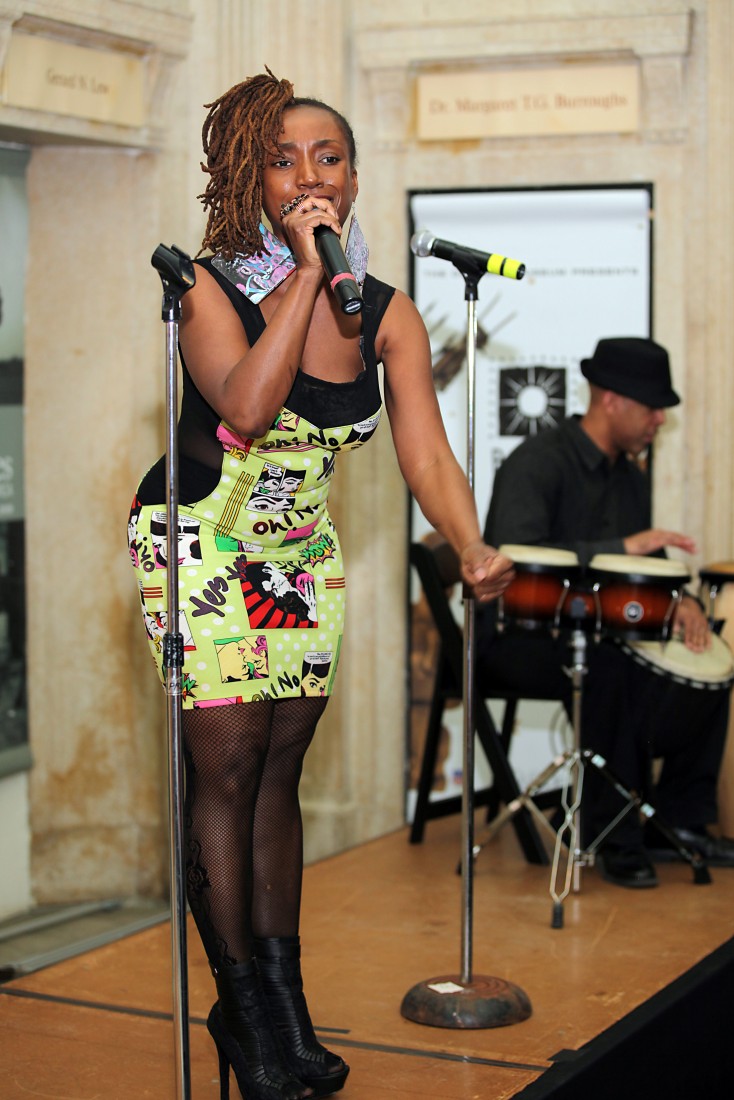 The MouthPeace Rockin at DuSable Museum

J'ecris et je chante. Je suis La BouchePiex.
I write and I sing. I am The MouthPeace.

Shanara The MouthPeace is 2014 Chicago Artist Grant winner for co-creating the poem-song & video "YELLOW" (this is her 4th time winning this grant). She also was a semifinalist chosen out of 18, 000+ contestants in the 2014 International Songwriting Contest. She has been a repeat presenter for the Annual Diversity Series at PepsiCo, for her edutainment program. Her unique MouthPeace style is influenced by Lauryn Hill & Jill Scott. She has performed across the US as well as taught hip hop in Ireland. She can create &perform an original piece for your special occasion or holiday.

Be the first to review Shanara The MouthPeace

- A poetic introduction of The MouthPeace "Who is The MouthPeace"
- two 45 minute sets with actual themes, songs chosen because of the title, and strategically placed for a specific mood and flow.
- audience engagement throughout song transitions
- a surprise element such as African dance or drum interlude
- a special dedication to the person or group being commemorated
- A dynamic closing song or poem, sure to be memorable for the guests

Chicago born and raised, Shanara The MouthPeace is a product of hip-hop's “golden era”, soul and gospel music. From her youth, she's been a lyricist and vocalist, singing from the playground to the choir in her hood, to the now over saturated spoken word scene in urban
America. She finally found her own voice and style and crowned herself The MouthPeace. (A title well earned since you can add voiceovers, actress and radio personality to her bio).

AS a world traveler, she's taught hip hop dance while on a year long corporate assignment in Dublin, Ireland. Most recently, she's been accepted to complete a teaching artist residency in Chiang Mai, Thailand.

Sometimes compared to her artistic role model, Jill Scott, she is still set apart in her own right. She released her debut album, “The Discipline & The Diligence” (D&D), in 2012. D&D features some of her most well known songs, “Jazz & Him” and “Reindeer Games”, which has been heralded by several critics and is in rotation on internet radio. D&D is a unique balance showcasing her singing, pure prose and spoken word with obvious hip hop and jazz undertones.
These days, she is adamant about becoming fluent in French, and being known as a hit songwriter through her current project #14in14.

My performance is influenced by Jill Scott, Lauryn Hill and Erykah Badu.

Sophia J. said “I first met Jessica when I attended mass at St. Bede's. Her voice was beyond beautiful! I hadn't enjoyed mass music in such a long time, and I knew that…”

Seasoned vocalist who is passionate about her craft. I’ve sung professionally for many years. I am a soloist primarily but have also sung in groups of all kinds.… 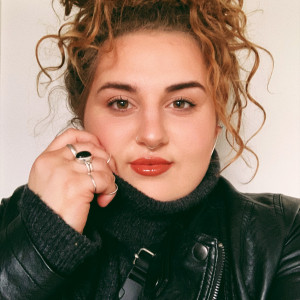 I am a 21 year old Singer, Songwriter, guitarist, live performer and Studio Musician. I'm versatile in my performance. I sing at weddings, bars, parties, etc. I…