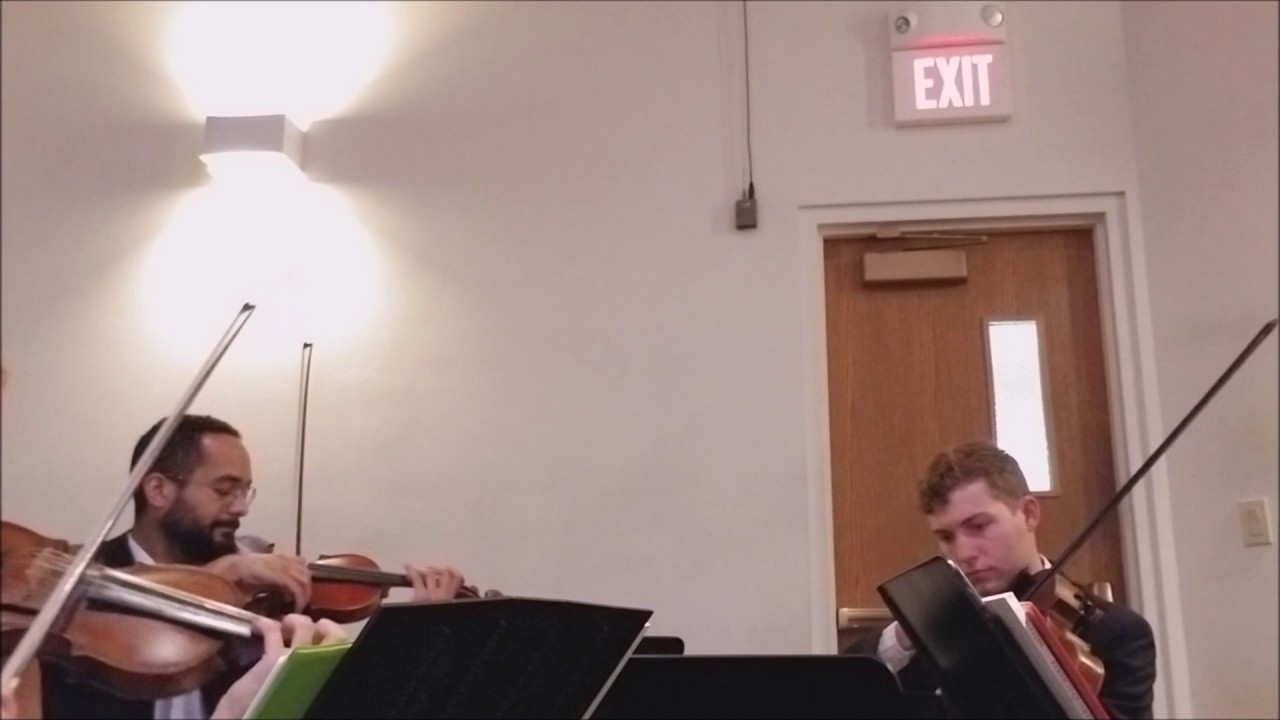 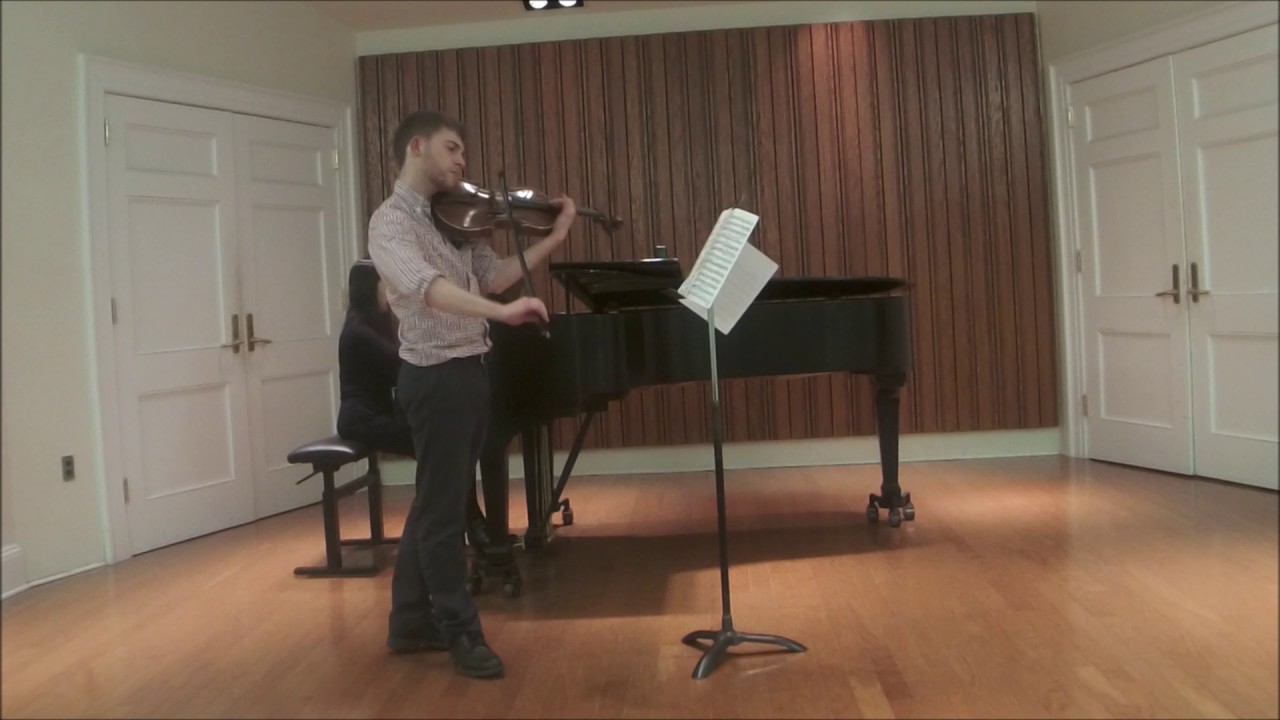 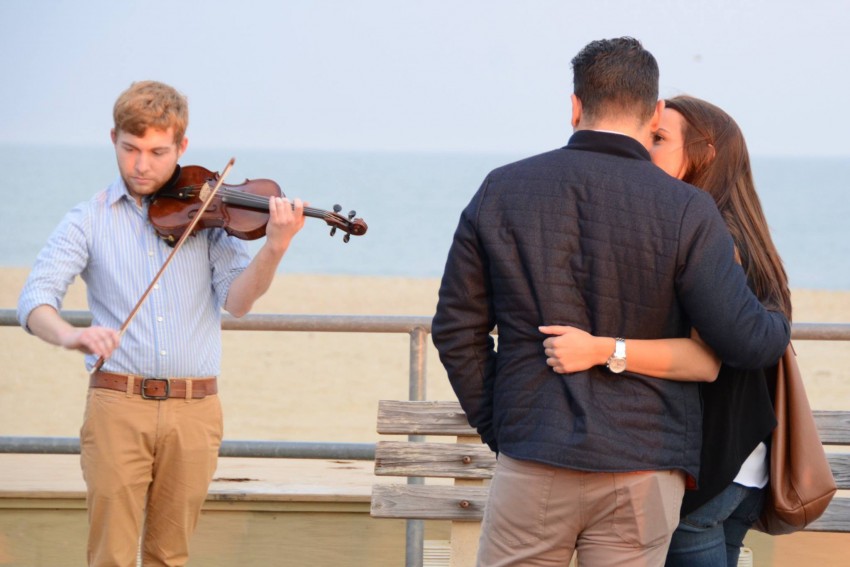 Playing for a surprise engagement on the boardwalk!

Performing at an event for the NJ Symphony Orchestra 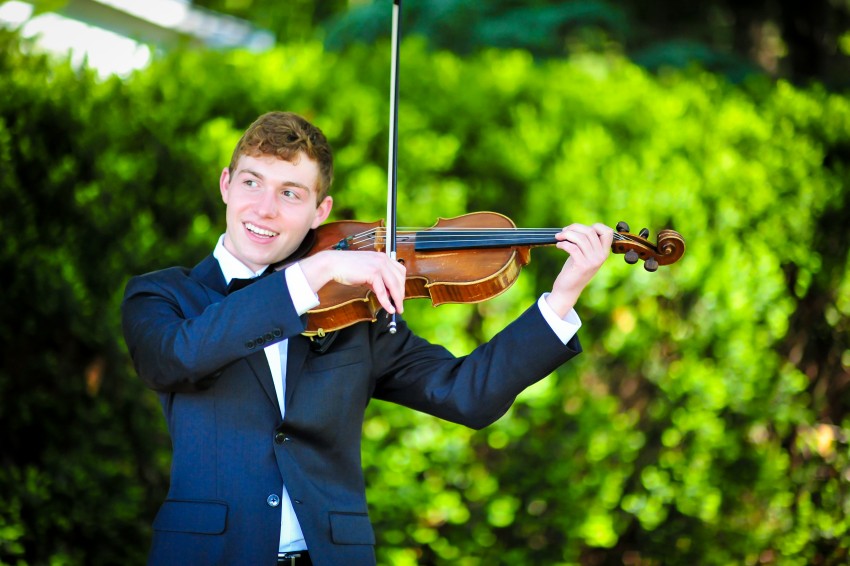 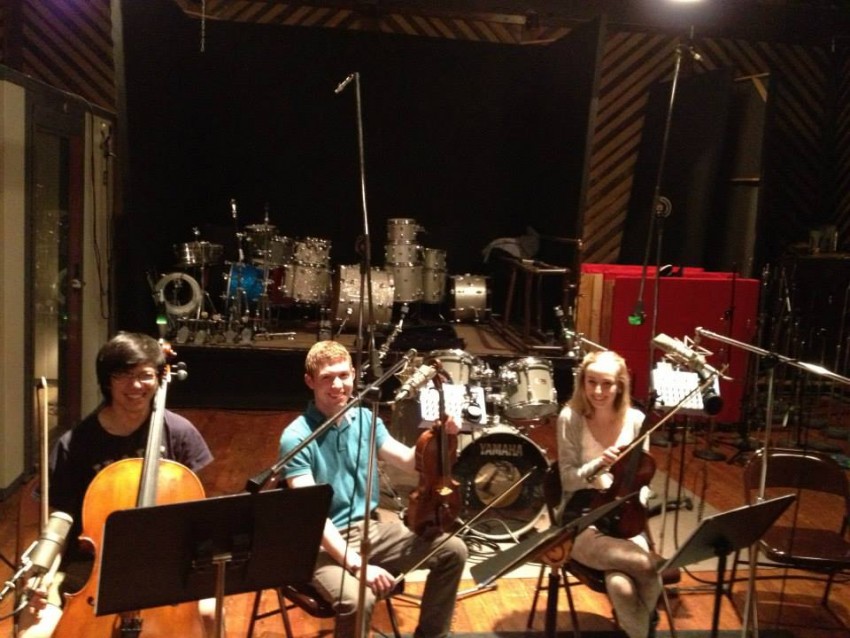 I provide solo performances as well as duos, trios, and quartets with other string or wind instruments.

With over 18 years of experience I am well-versed in a variety of styles including your favorite classical and jazz tunes, so please provide your requests for any piece - I can play it!

I perform all over New Jersey, Philadelphia and New York City. Whether it be a sweet serenade for your guests or a grand processional down the aisle, a violin or viola is the way to go!

I have most recently been recorded on the rock album "Indigo Child".

Seth did an incredible job at my wedding! I would absolutely hire him again!

Seth was a joy to work with and did an awesome job playing the violin as my son proposed to his girlfriend! Everything went smoothly and couldn't be happier! Thanks Seth!!h

Seth created a wonderful environment for our wedding ceremony with beautiful music. Fantastic talent, incredibly professional and hope there is an occasion to book him again in the future.

Great Music for a Wedding!

Seth played Canon in D and Ode to Joy for my wedding and he did a FANTASTIC job. Would highly recommend!!

Seth was amazing from the first message through GigSalad. He was very knowledgeable about many things. He knew exactly where our ceremony was going to be held and he knew the specific pieces we wanted played. The communication through the website was timely and specific. We were never left guessing about our ceremony or wondering when Seth would reply. Seth was very flexible and customized and personalized our ceremony exactly as we wanted it. On our wedding day, he showed up early to set up and to work out any last minute, small details. He was dress professionally as he promised in earlier communications, he was very kind and welcoming, and went with the flow of things. His skills as a musician/violinist were amazing. He played excellent renditions of specific songs we requested and we were extremely pleased with his performance. I would highly recommend Seth for any event and would request him again if we have any other event needing a musician. Thank you very much Seth for making our special day even more special!

I booked Seth for my wedding ceremony and he was amazing from start to finish. He was very professional, asked all the right questions to ensure everything was exactly what I wanted, and played beautifully at my ceremony. Would highly recommend and hope to work with him again soon!

We hired Seth to provide the music for a formal birthday party, and start to finish, he was professional and great to work with. Besides being talented and providing great music, he was attentive in communications before and during the event. I strongly recommend his services!

My husband and I used Seth for our wedding ceremony on 12/18/15. Seth was everything I wanted for my wedding ceremony and more!!! He was great in communicating leading up to the event, prompt in timing, and very talented!!! My guests and family loved him! I would highly recommend!!!

Thank you for such a nice review Andrea! It was such a pleasure to play for you!

Seth's violin accompaniment to my son's outdoor bar mitzvah was spectacular. He intuited the exact tone needed to provide background music to the festivities, and played beautifully throughout. In fact a young guest was so taken by his performance, he hired him for his own Barmitzvah in seven years time, on the spot!

The entire experience with Seth from first enquiry to the event, was stress free. His playing dded the perfect final touch to a very special occasion.

Seth is a great friend of mine from High School and it was always my dream that he would play beautiful music at my wedding. My heart melted when he told me that he would be able to accommodate my wishes. While working out the details of the wedding day, Seth gave me and my husband the option to go with the more traditional Violin or the more unique sound of the Viola. My husband and I were pleased with Seth's unbiased explanation of the instruments and ended up choosing the Viola. Seth was very flexible and a pleasure to work with throughout the planning process and the rehearsal. He listened to my musical requests and offered suggestions when necessary to help me achieve the ceremony I desired. Seth was extremely professional and patient during the rehearsal and a wonderful performer during the ceremony. He is a very kind person to work with an incredible talent.

In events I am perfectly comfortable to act as background music and allow attention to fall elsewhere. Should the client desire a concert or performance, however, I am eager to perform in the spotlight!

Seth Van Embden performs and teaches extensively in the New York and Philadelphia regions. As a violist he has performed across the United States and Europe and has been named a 2016 "Emerging Artist" by Mendocino Music Festival. He is currently principal violist of Sinfonietta Nova in West Windsor, NJ.

Originally from southern New Jersey, Seth received a dual degree in viola performance and music education at Rutgers University under the tutelage of Philadelphia Orchestra principal violist Choong-Jin Chang. He has an avid interest in performing lesser-known works for the viola, both solo and chamber, and in promoting the instrument to a wider audience. Along with his pursuit of modern music, Seth is an accomplished baroque performer.

As an educator, Seth teaches violin, viola and piano all over central New Jersey. He teaches with an approach based on technique and musical originality, and is trained in the Suzuki method of string education. Seth is on faculty at the Rutgers University Mason Gross School of the Arts Extension Division, music studios around Middlesex and Mercer counties, and operates his own private studio. Seth is an active member of the American String Teachers Association.

I'm completely self-sufficient and sound equipment is usually not needed.

A typical wedding will begin with some classical standards and romantic jazz and pop classics as guests walk in. As the bridal party walks down the aisle I will play a sweet classical piece such as Ave Maria unless another song is preferred. I have played The Beach Boys and Train as people walk down the aisle! When the bride comes down the aisle I play the ever-classic Canon in D, again unless you have a different preference! After the ceremony it's Mendelssohn's Wedding March and some soft, happy exit music.

I only require a space to stand!