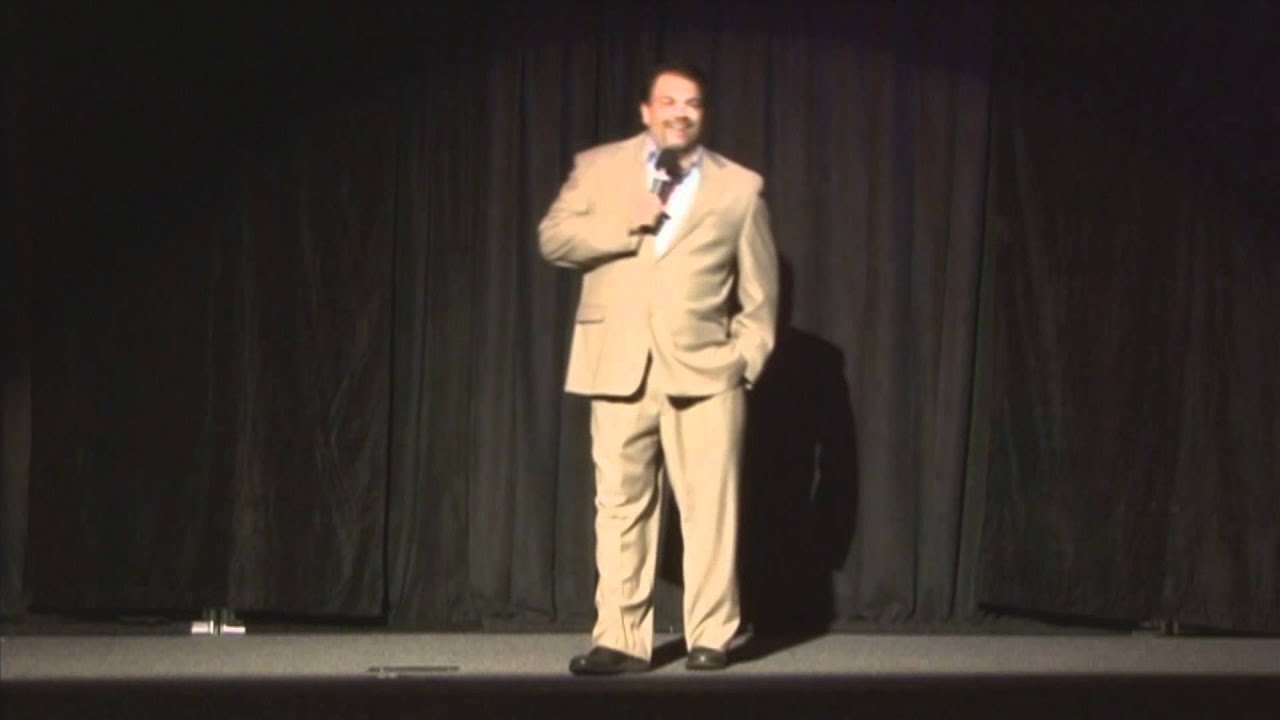 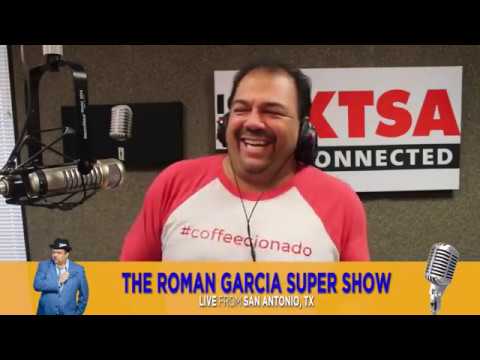 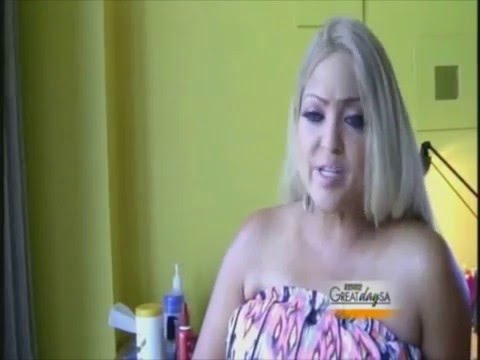 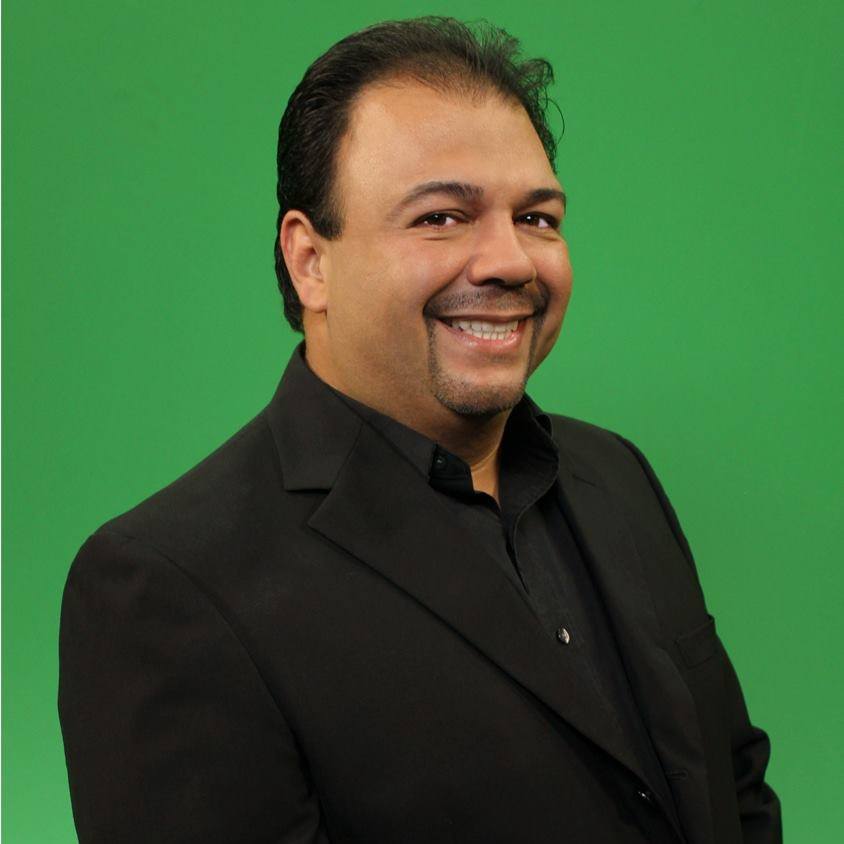 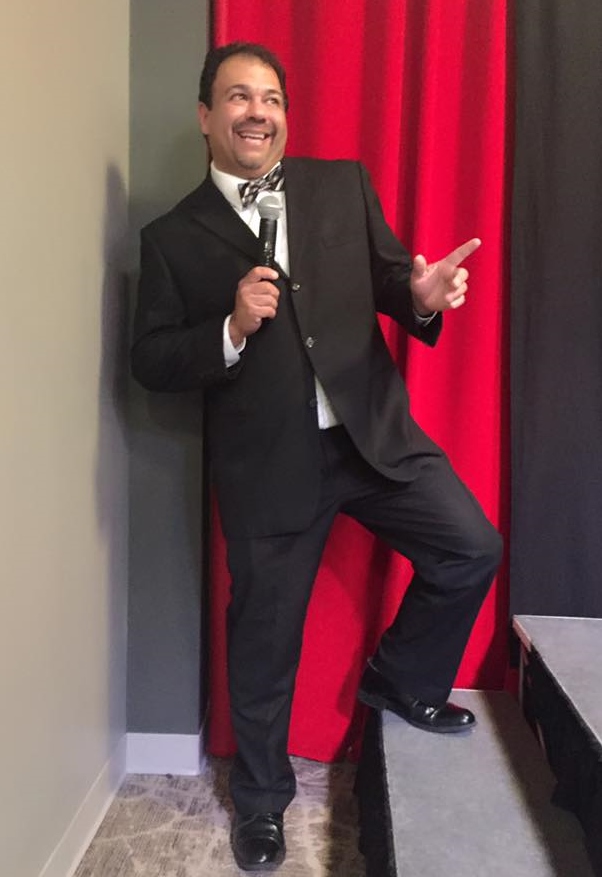 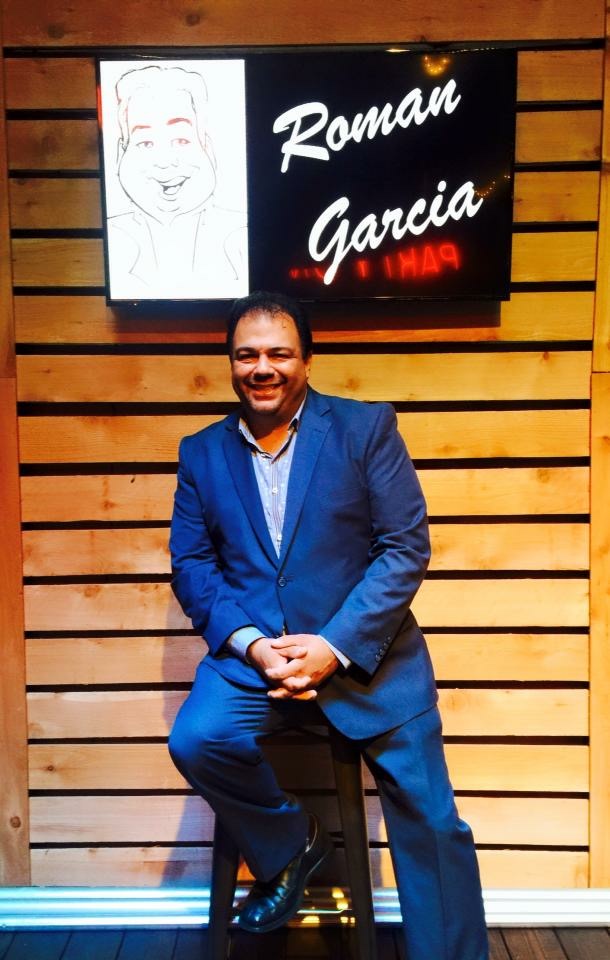 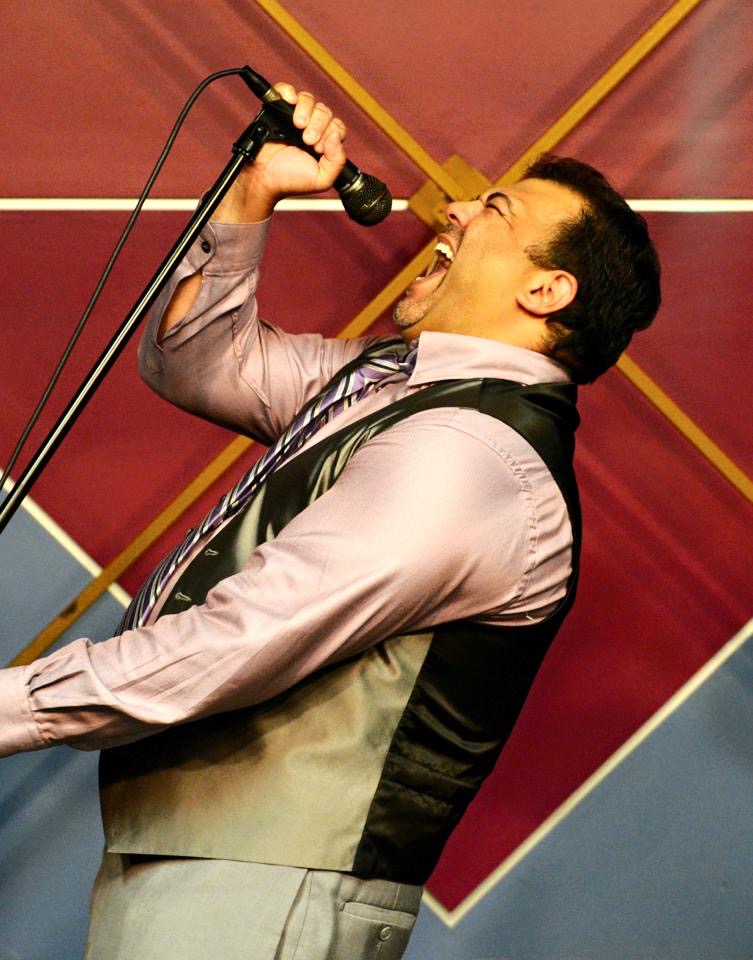 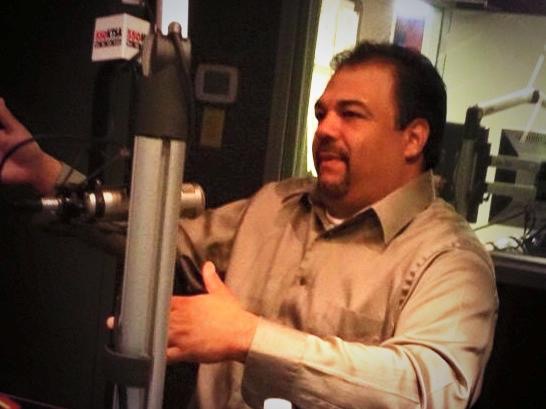 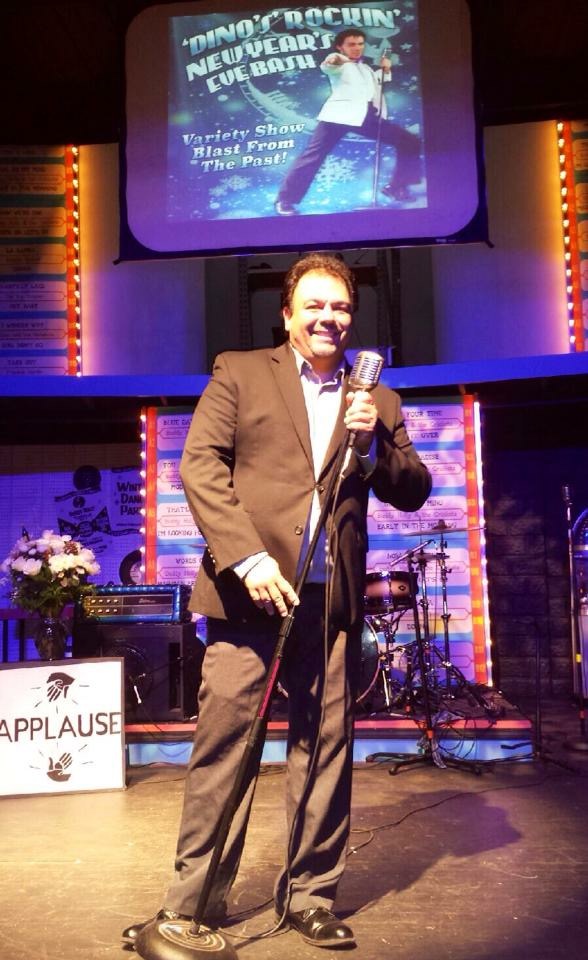 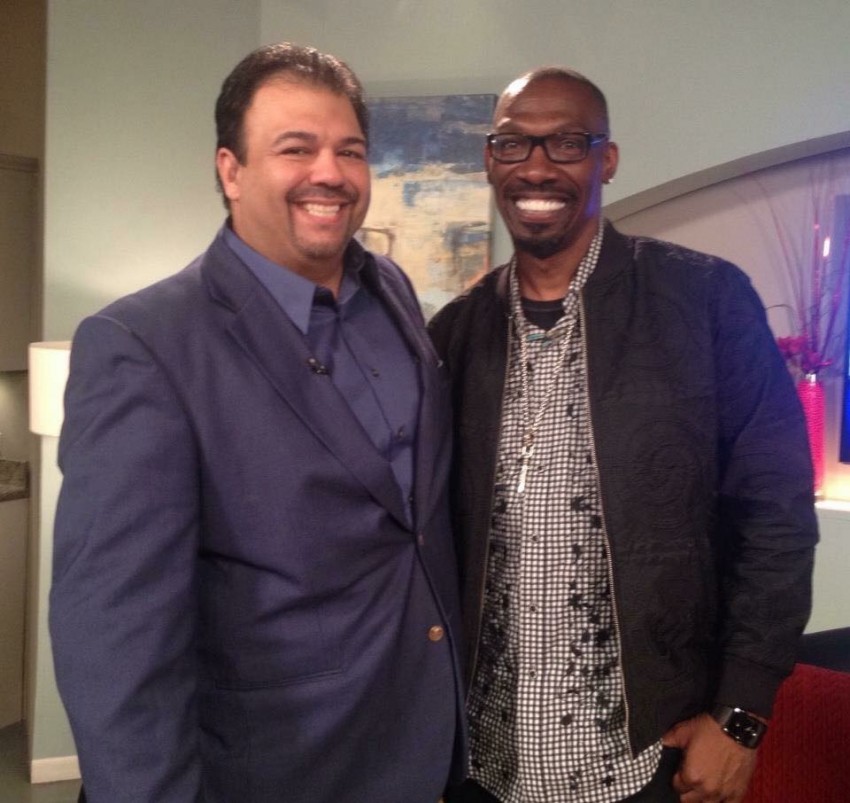 Having fun with comedian and brother to Eddie Murphy, Mr. Charlie Murphy 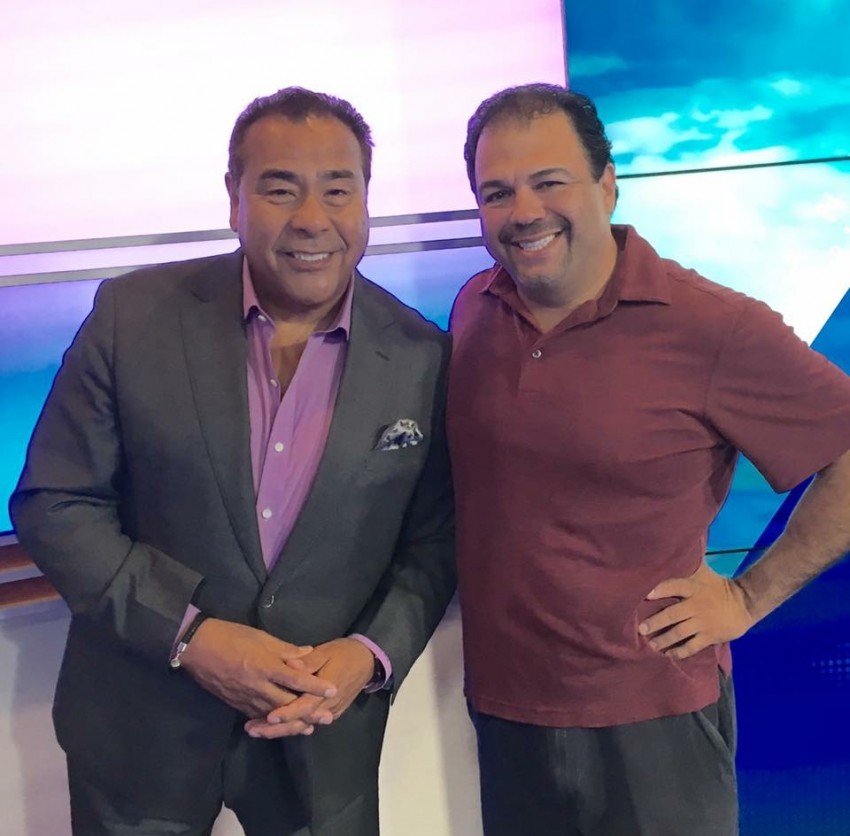 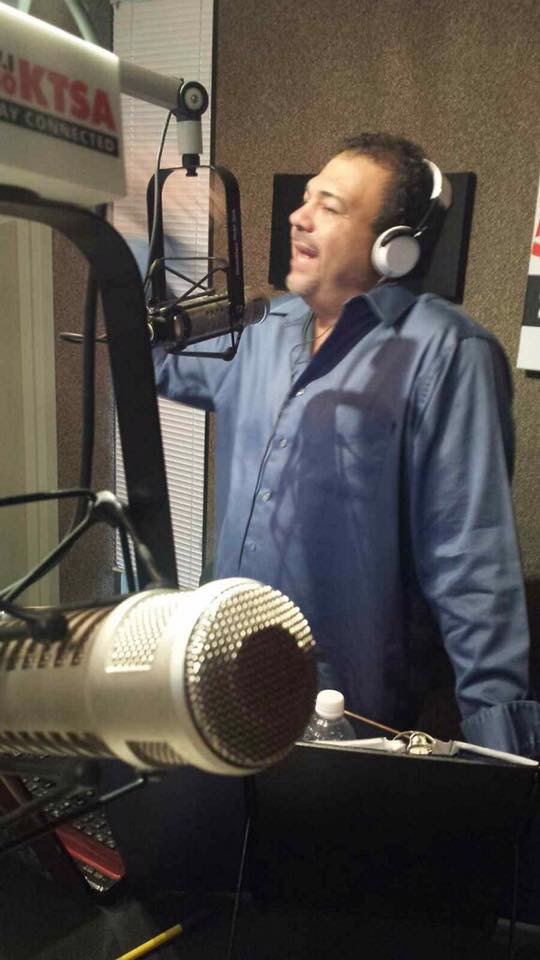 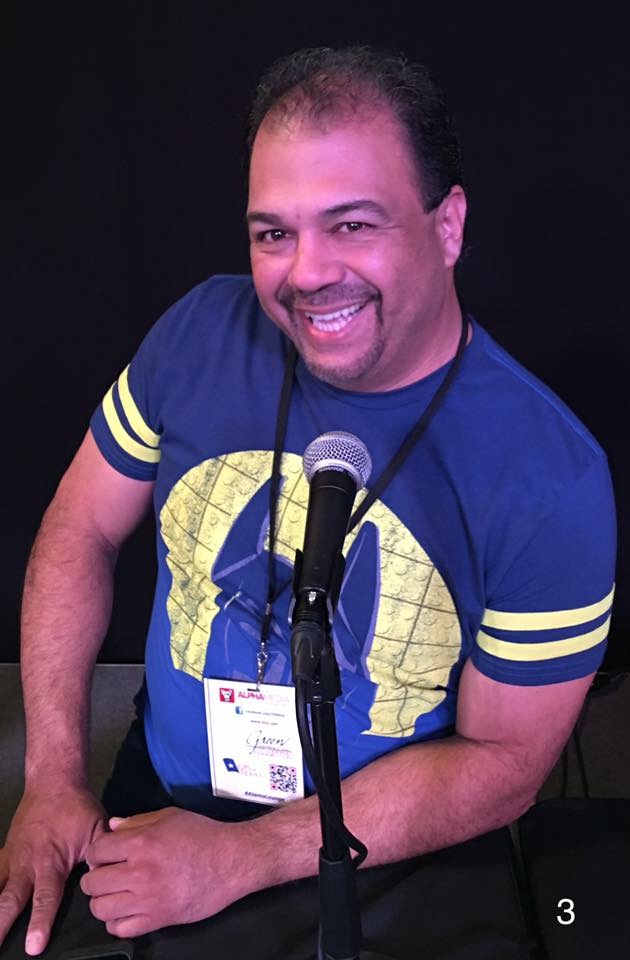 Roman Garcia is a well established comedian and speaker based out of Texas. Known for his quick wit and insightful observations, his brand of clean comedy has been seen and heard regularly on television, radio and film.
Roman has performed for city events, universities and for corporate giants such as McDonalds.
Roman currently hosts the Saturday Night Supershow on FM 107.1 and is still a regular staple on morning television.

We booked Mr. Garcia for a department event here at A&M University-San Antonio and we were very pleased with the performance! He was on time, dressed to impress, and his work was clean just like we asked. We had guest of all ages, yet the show fit perfectly! I highly recommend booking Mr. Garcia for your next event!

Thank you Jennifer! I had a great time with all of you!

Roman was great. Worked in a little birthday humor last minute for our CEO.

Thank you! I enjoyed having fun with your group!

Roman Garcia has helped me with 2 major events. One was The Creepy Pasta Halloween Bash and Red Carpet Fashion Show. The other was The San Antonio Clean Comedy Showdown.

The Creepy Pasta Fashion Show had over 200 in attendance with The 13th Floor Sponsoring at The Plaza Club of San Antonio. (21st Floor of The Frost Bank Tower.) Roman Garcia hosted the event with Mr. Creepy Pasta himself. He also did a comedy show for the event as well. Mr. Garcia helped control the flow of the stage and worked hand in hand with the DJ to keep the event upbeat and entertaining. With constant communication with myself as the event Co Ordinator, the event was a HUGE success with NO downtime.

Again, the flow and professionalism of Mr. Garcia helped make the event a HUGE Success. Also, the event, once more, did NOT have a down time to it as well.

Mr. Garcia suggestions on the order of the itinerary helped ALOT in keeping both event flowing and entertaining. I Highly suggest Mr. Garcia for ANY of your upcoming events that you may have in the near future.

His professionalism and integrity is brought to the stage in the highest degree. You cannot go wrong where Roman Garcia is concerned.

Roman can perform short or long sets of clean comedy or can serve as a highly entertaining and energetic emcee to spice up your event.
Whether its a scripted event or off the cuff improv, Roman will make it fun and memorable.
Roman can also serve as a moderator for panel or Q & A sessions.

Roman Garcia is a multi talented entertainer who has performed with some of the most iconic names in entertainment including Cheech and Chong, Paul Rodriguez, Kevin Nealon, Loni Love and Chris Kattan just to name a few.
Romans quick wit and impressive comedic timing opened doors for him early in his stand up career which then led to acting and television. He spent 6 years as a featured correspondent on San Antonio's highly rated morning show Great Day SA.
He is currently featured on all the major networks as a spokesperson and hosts his popular radio show "The Saturday Night Supershow" every Saturday night on FM 107.1
Roman has performed as an entertainer, emcee and speaker for corporations such as McDonalds, city events such as the Mayors Ball, school districts and more.

Moses B. said “Comedian Moe has been providing laughter for our family for twenty years. Now, the world get to see and hear this gut busting experience. Moe doesn't…” 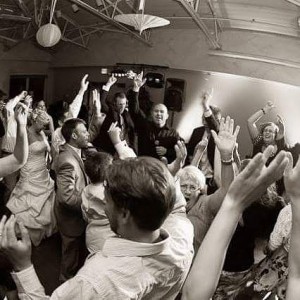 With a decade of experience, At Last Entertainment is the perfect choice for your special event needs. We are extremely detail oriented in the planning and execution…