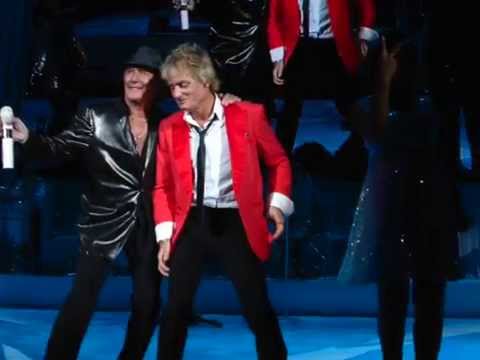 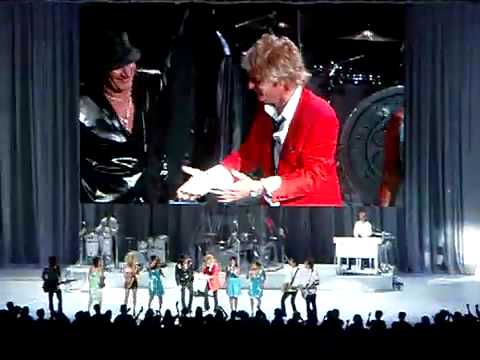 You Wear It Well
Danny D 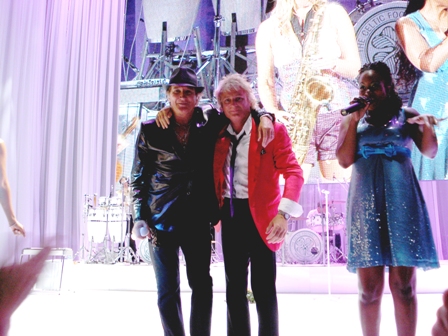 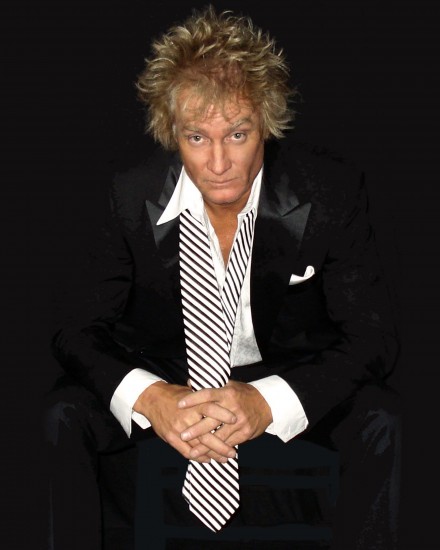 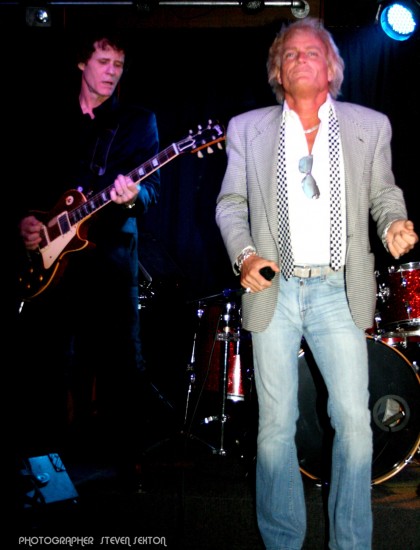 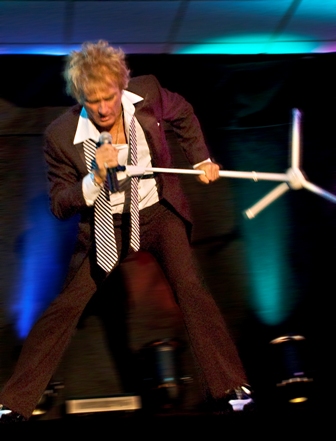 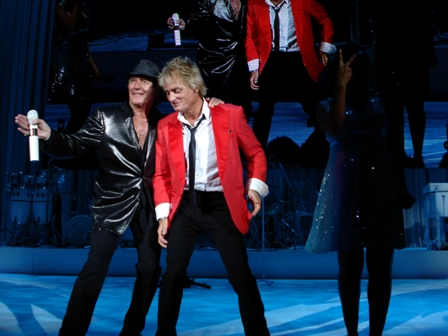 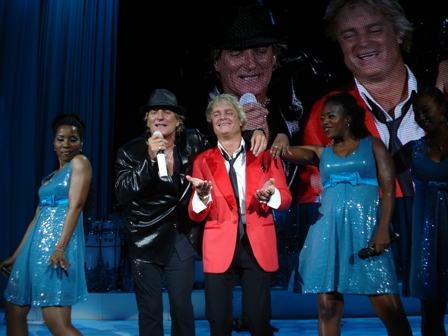 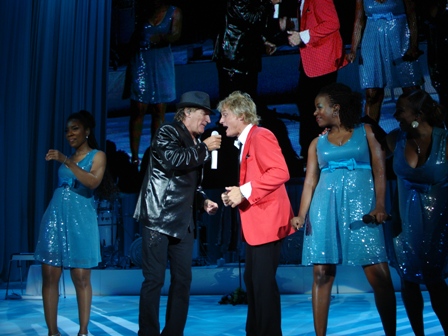 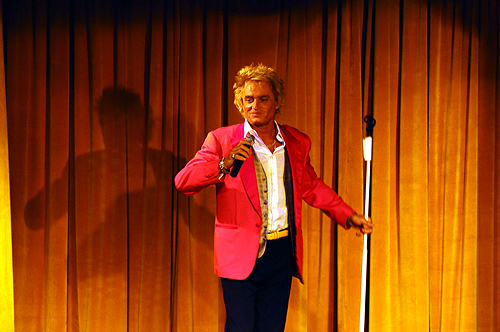 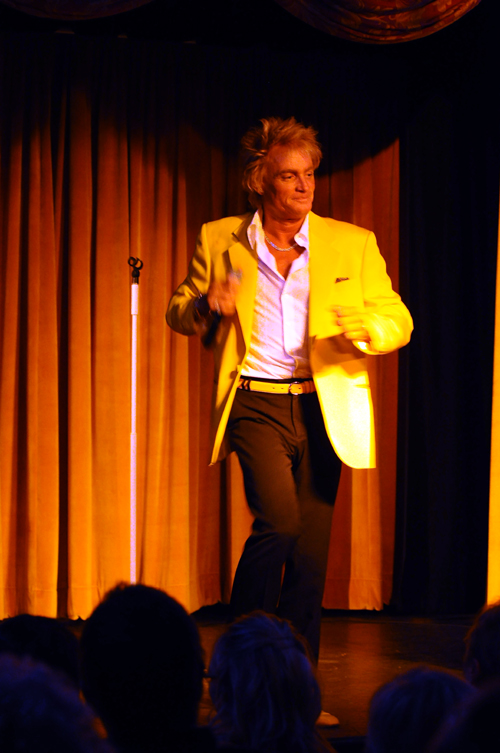 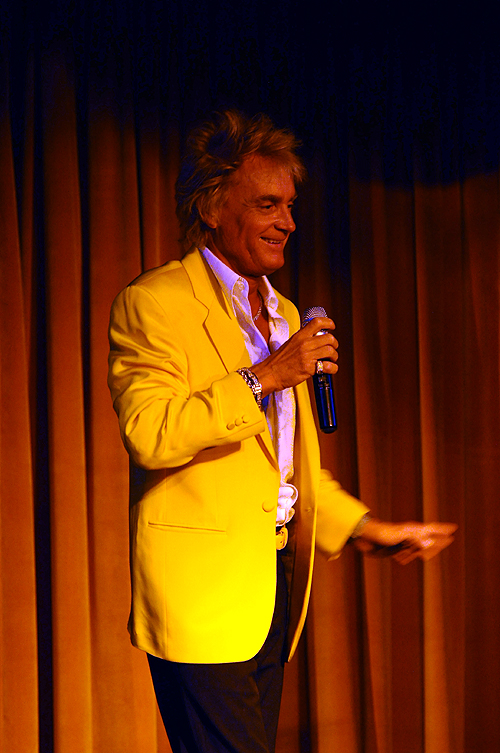 A world class entertainer, Danny D's voice and appearance are so similar to Rod Stewart that it's uncanny. The only Lookalike to be Invited Onstage by Rod Stewart To Sing "Do You Think I'm Sexy" Go to the Videos and Photos and check it out. Danny has performed his tribute to Rod Stewart all over the US from Vegas to Canada, Cancun and Europe. Fox News Network "Best Representation Ever" stopped at airports, concerts, night clubs, and on the street. Whether you are a fan of the old Rod or the new classic Rod, Danny can do it all!! He will leave you begging for more!!

I live in California my beloved sister in Michigan. I didn’t realize that she was turning 60 until the day of! She was going to a restaurant with close family and I really wanted to do something crazy fun since I couldn’t be there. I looked up singing telegrams and found Rod on GigSalad. I got a quote but didn’t make contact until the last minute. My brother in law said that sister didn’t want to make a big deal but I told him that I would take the heat and he helped me with the timing - happy hour 5:30 dinner 6:30 Rod 7:30. By then my sister was on the giddy side and so was the family.
Rod sang Forever Young and my sister an entire family just had a ball!!! Best thing I ever did for my sister. No regrets! My sister FaceTimed me after and teasingly told me that I was in big trouble! But it really won me a lot of points with her and my family! I highly recommend Rod Stewart for your event. He’d have been perfect for a high school reunion mid-late 70’s! Thank you Rod! (Donny)

I kid you not! Danny is one of the BEST entertainers hands down I have ever seen!!! His Rod Stewart impression is so genuine and he has the looks, moves and voice to prove it!!! I have seen him numerous times and have witnessed a large fan based following - the crowds always want more. You will absolutely LOVE Danny D!!!

Review by Cherie B.

Danny D and The Vagabonds rocked the house! The Blue Goose was at capasity and everyone was dancing, drinking and having a blast. Thank you Danny D for a great night out. You guys are the best. Love the Stewart songs, the other covers, and your originals will surely be a huge hit.

Every member of the audience will feel like they have just experienced a real Rod Stewart concert. I look, act, and sound just like the real Rod Stewart. I have even performed with him on stage. You can view the video online.

Hailing from Hamtramck, Michigan, Danny "D" literally grew up in the center of Detroit Rock City. Playing his own music since a young age, Danny has matured with the inspiration of his Rock-n-Roll roots and the insight that comes from age and experience.

DannyD has opened for some very big name artists such as: Mitch Ryder, David Lee Roth, Bad Company, The Tubes, Air Supply, John wait, Q mark and the Mysterians, Romantics,and for the past five years Danny D has made it a Thanksgiving tradition opening for Detroit's own "Uncle Kracker" at the Emerald Theatre.

Danny's latest venture is a Tribute to Rod Stewart Show. Not only does Danny look like Rod Stewart, he sounds just like him. His show has been getting rave reviews all over the country
Danny has performed his tribute to Rod Stewart all over the US from Vegas to Canada, Cancun and Europe. One of my biggest Influences is Rod Stewart, form the voice, stage presence, and the look I have always been like him with out trying to be. It was a natural performance for me. They would always say from a kid till this day when i would perform or walk down the street "there's that Rod Stewart Guy".

My goal is to win a Grammy and be a motivator for kids to encourage them to go for their dreams, whether they are sick, handicap or healthy.

I wouldn't change my life one bit, I believe everything happens for a good reason. I know God has a purpose for me and I have a feeling it's helping people through my music, Danny D says with his usual excitement and passion that is so prominent in his words and music. See you at the Grammy's!

We can do anything from a one song track show to a full band performance with lights, sound, and horn section and back up singers etc......

I can perform any Rod Stewart song.
Below is a list of the songs I usually perform with the band or a track show.

My influences include: Rod Stewart, Queen, Elton John, David Bowie, Bryan Adams, Joe Cocker, Rolling Stones, and most of all the Beatles

Stage requirements will vary per event. Stage plots are available