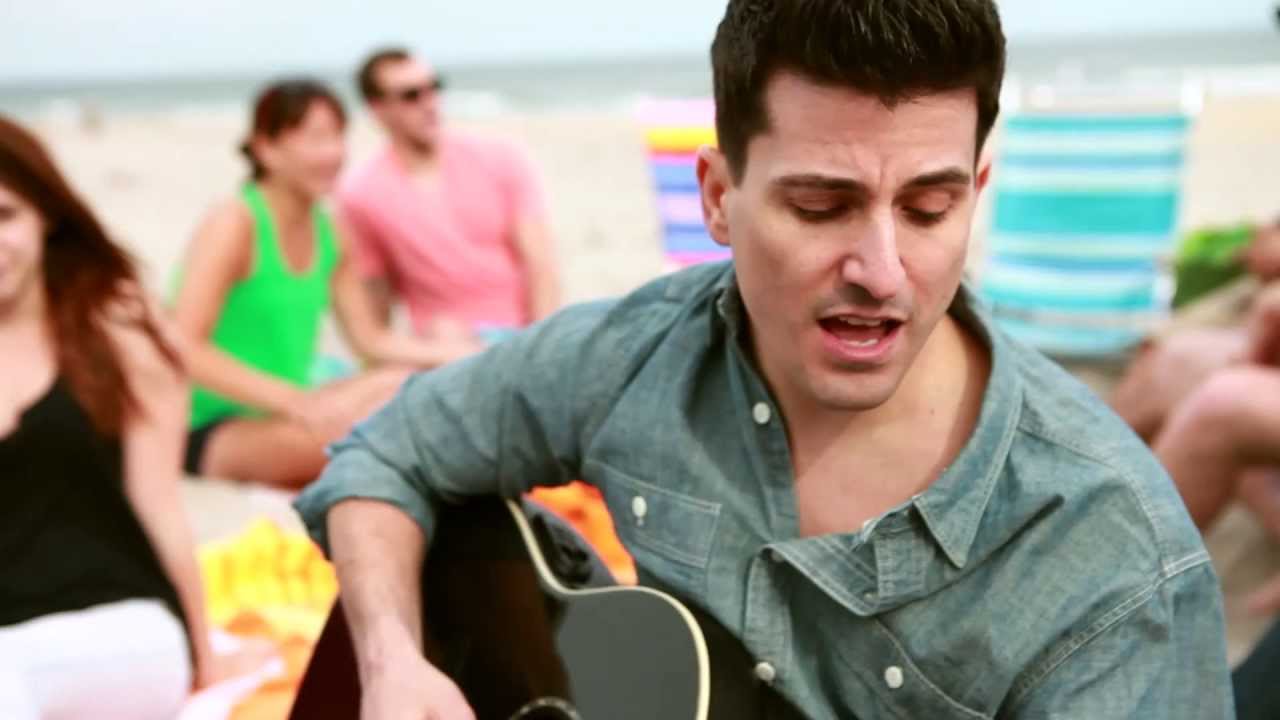 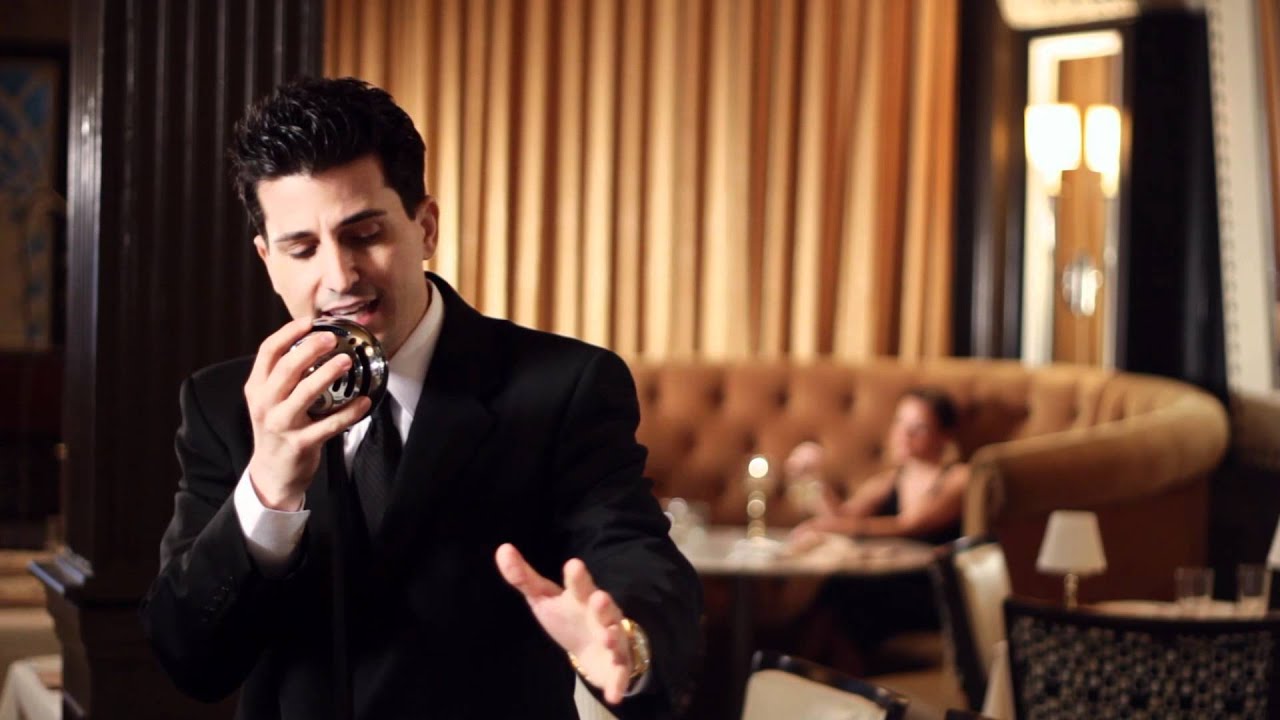 Just The Way You Are
Bruno Mars 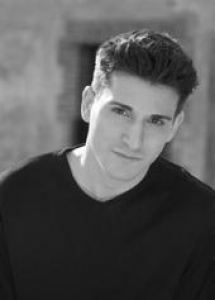 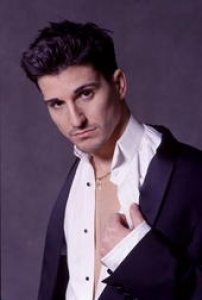 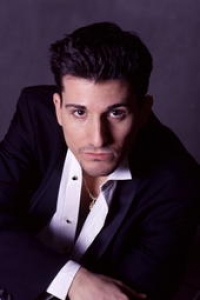 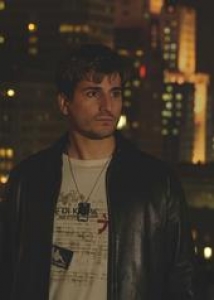 Rob Marin is a professional vocalist and entertainer. Rob's act consists of a live vocal performance, singing songs from the 50's to Current Top 40. You can count on Rob to be the life of the party. HIs performance will captivate the audience for an unforgettable evening.

Amazing performer that sings everything!!!

I highly recommend using Rob for any event. Rob came and performed at my home for about 40 of our family and friends at our 4th of July party. He was very flexible to manage our requests. He was very respectful and professional throughout the night. His singing and music made the whole night. Although Rob was listed as a pop singer he provided our guests with a large variety of music including cover songs of pop, country, oldies, Italian and rock music. He will be the first person I would contact to come and perform for another event!!!! We loved rob and hope this review leads other people to consider him for your event.

Rob Marin made our party!

Rob is nothing short of Amazing!! He was professional, courteous and prompt in his communication right from the start. Rob knew just how to read the crowd and play what he knew would keep the party going. I feel lucky we found Rob to sing at our Christmas party and I can't wait to have him back again!
Lori H.

What you can expect from Rob's performance is a talented, professional singer and musician who can read the crowd and adjust to their style or preference in music.

Rob Marin is a singer, musician, writer and producer originally from Providence, Rhode Island. He has experience performing live in a variety of venues ranging from concert stage to private functions. Currently Rob has been performing professionally throughout the east coast as lead vocalist with The Sultans. ((link hidden) Named One of Boston’s Best Award by Improper Bostonian and Wedding Wire Couple’s Choice Award and featured in GQ magazine in 2020)

Rob started his career when he awed a panel of talent scouts and was chosen as lead vocalist to represent the musical phenomenon known as JUST 1NCE (Just Once) in Boston, MA. After some success with the group, Rob decided to continue his career as a solo artist and wrote, recorded and produced his first album "Falling". This album was recognized by an independent label in Berlin, Germany, which led to the release of Rob's single and music video entitled "Never Tell Him". This helped to launch Rob's career in the European market.

Since then, some of Rob's accomplishments include being named "RI IDOL" where he was chosen as best male vocalist in the singing category, and being featured on the cover of (link hidden) Magazine. One of Rob's songs "CATASTROPHE" was pre-released as part of a compilation CD in "No Cover" magazine which was sold at Barnes & Noble Stores nationwide. Rob also won the "TOP MALE VOCALIST" award in the New England Talent Awards. Another one of Rob's songs "Going Down" was chosen to be a part of the "Great Independent Pop Music Volume 1" CD. For his 2nd album "Warning You", Rob worked with platinum selling producers Brad Young and Dow Brain at "Underground Productions"((link hidden)), who are well known for their work with artists such as Aerosmith, *NSYNC, Brian McNight, LFO and Joey McIntyre just to name a few.

In January of 2011, Rob was selected to be a guest on WGBB 1240AM The Real Radio Show in Times Square NY, where he performed live as well as on live web-stream for an estimated 1.7 million viewers. In February 2011, Rob was a guest on the Next Level radio show WPRV AM790 in Providence, RI with host Anthony Gemma. "Share My Love" The Remix was released in September of 2011, where Rob collaborated with Grammy Nominated writer and producer GoldenChyl (Andre Fennell) who is best known for their work with platinum selling reggae artist "Shaggy". One song in particular, "Can't Sleep", appeared on the soundtrack of the Australian film "Dealing with Destiny". The EP is available through iTunes.

Early 2012 Rob met up with artist/songwriter Greg Lato. They teamed up to write his next single ("That Summer" planned for release early 2013) The team also wrote and recorded the theme song "I'll Give Your Weak My Strength"(Vocalist Kelley Lennon is featured on the single) Benefiting the Gloria Gemma Breast Cancer Resource Foundation. It's a duet that focuses on the struggles of women under 40 dealing with cancer. The song will be used in all of their events and promotions. 100% of the proceeds will be donated to the foundation.

In 2016 Rob Recorded A Christmas Single Called “Dear Santa” which featured his then 5 year old twin girls Kiara & Siena. Which was picked up by Crucial Music Publishing in LA, and is now in their catalog. Also in 2016 Rob Co-Wrote and played keys on the song “Red To Blue” for Billy Gilman (Platinum Selling Country Artist and Runner Up on The Voice. The song was released as a demo on Billy Gilman’s YouTube channel and is planned for release on his next album.

The only technical requirements would be to have access a power supply.

Rob's set list consists of a vast amount of songs from 50's to Current hits. A copy of his set list can be emailed upon request.

Growing up Rob's influence began with The Beatles, Michael Jackson and other 80s and 90s influences. Currently Rob has been influenced by other great artists like Bruno Mars, Ed Sheeran and other current artists.

Rob will provide necessary equipment for the gig.

Ashley N. said “Jack played at my dad’s retirement party and was wonderful! He was cordial, professional and really read the room as he chose each song. the night was…” 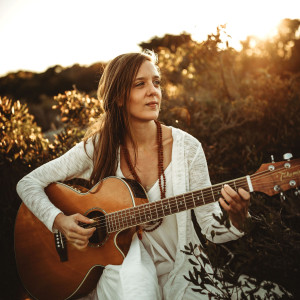 Peter E. said “In the weeks leading up to my proposal surprise, I contacted Andi to ask if she could make our evening go from special to spectacular. Andi absolutely…” Laura D. said “Shauna and John were very professional, responded to my e-mails within a few hours and asked if there were any songs that I would like to have performed…”