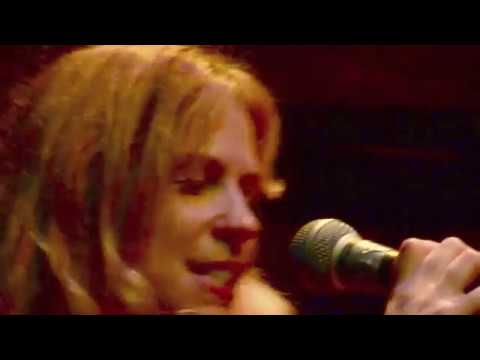 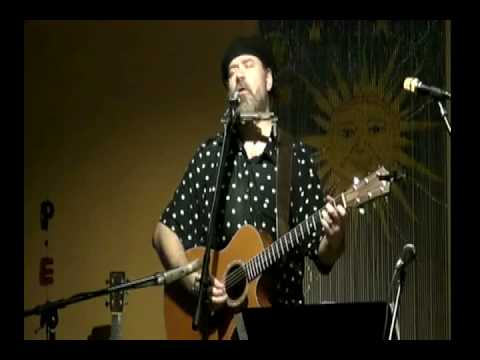 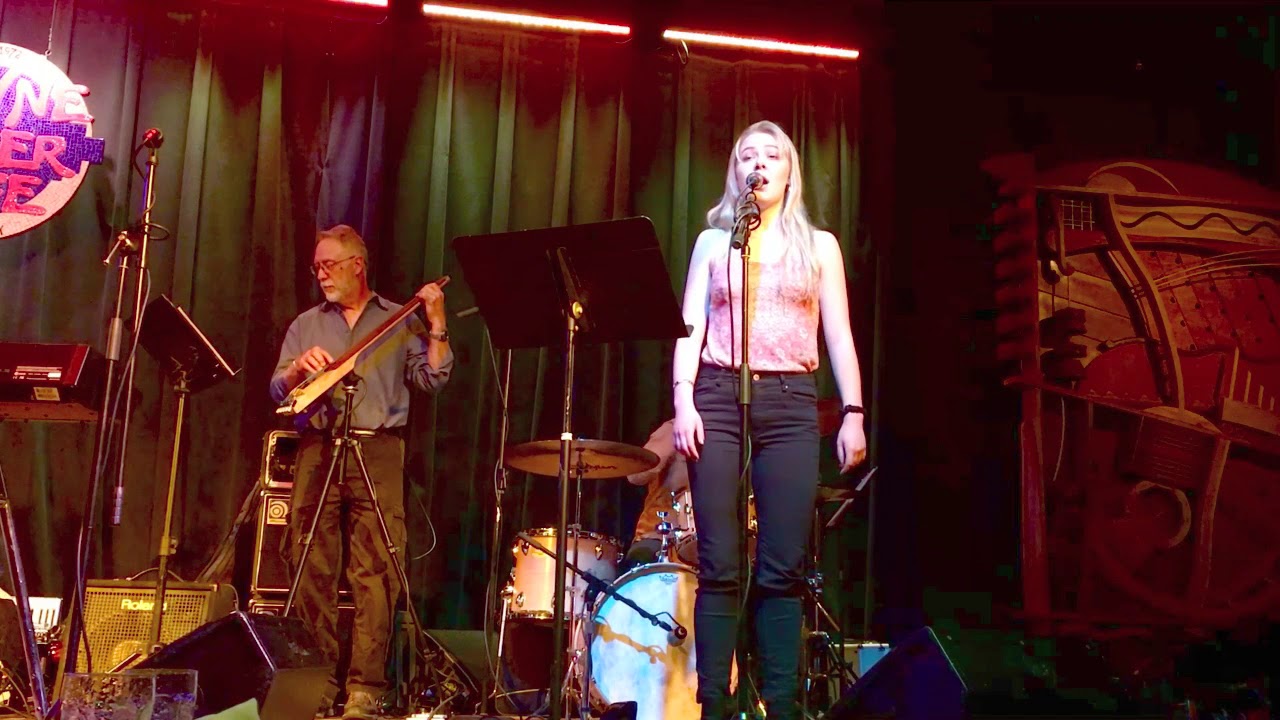 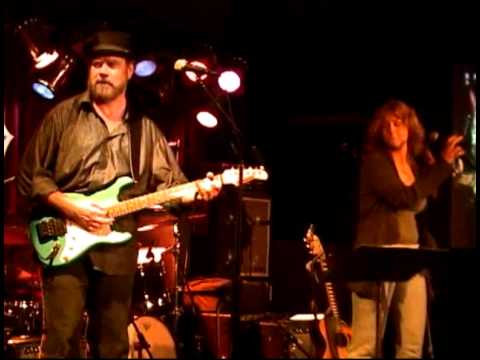 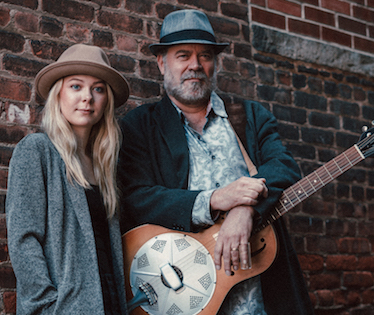 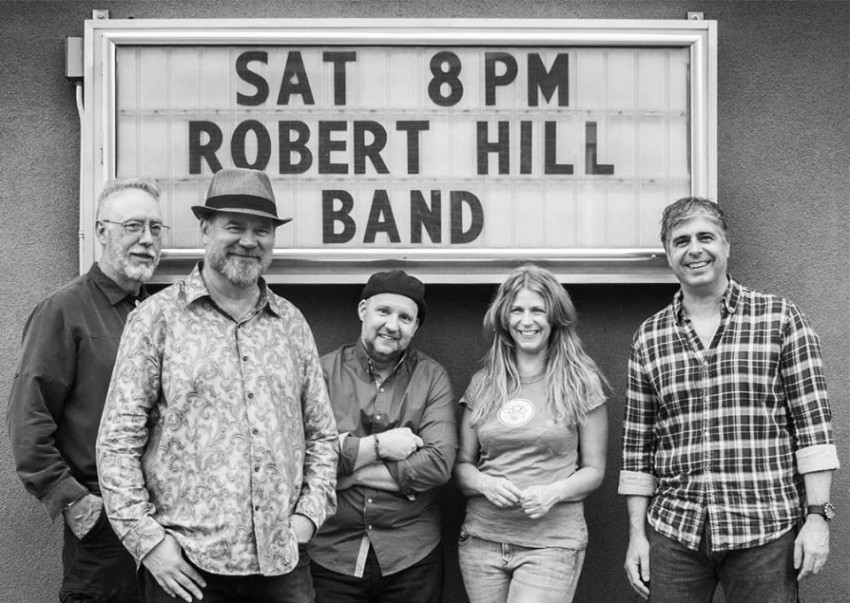 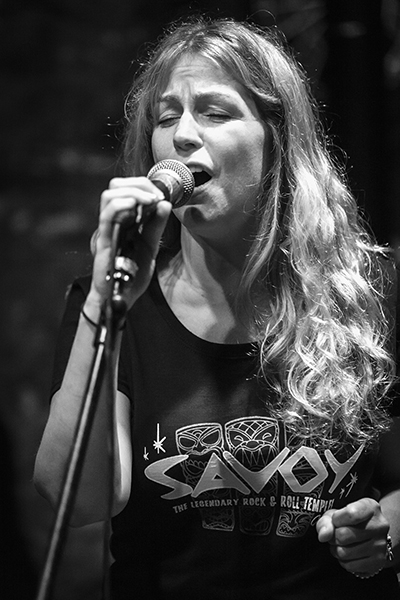 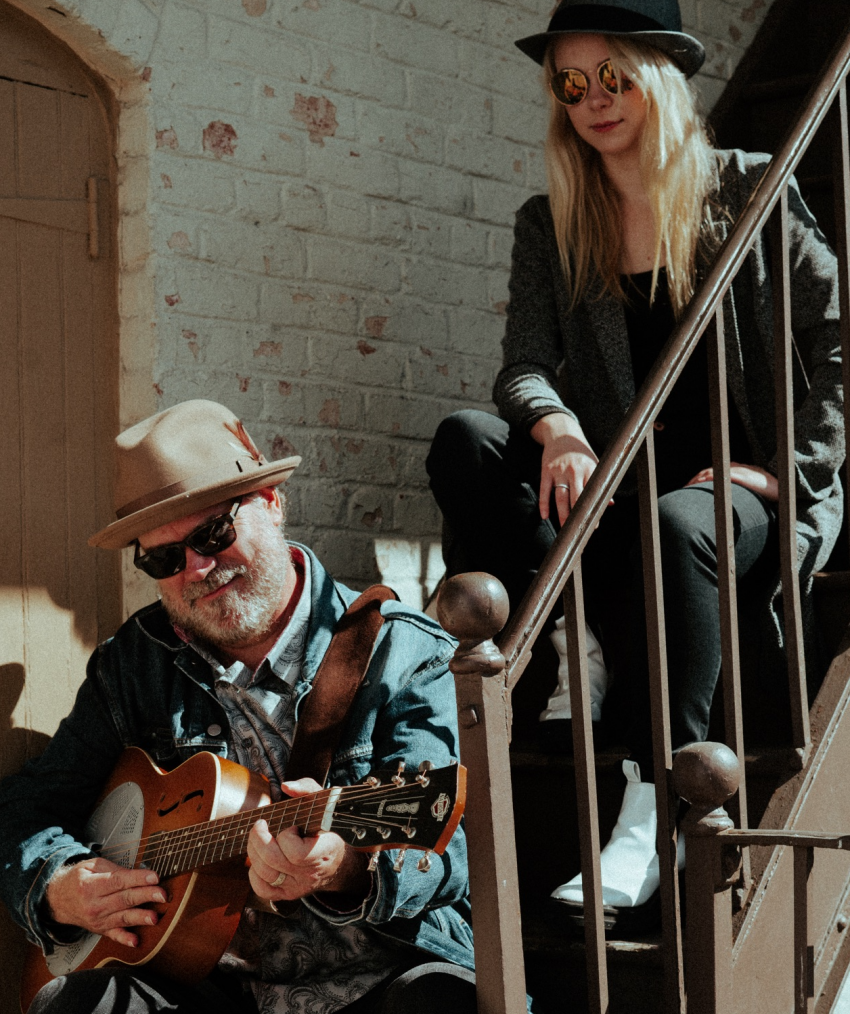 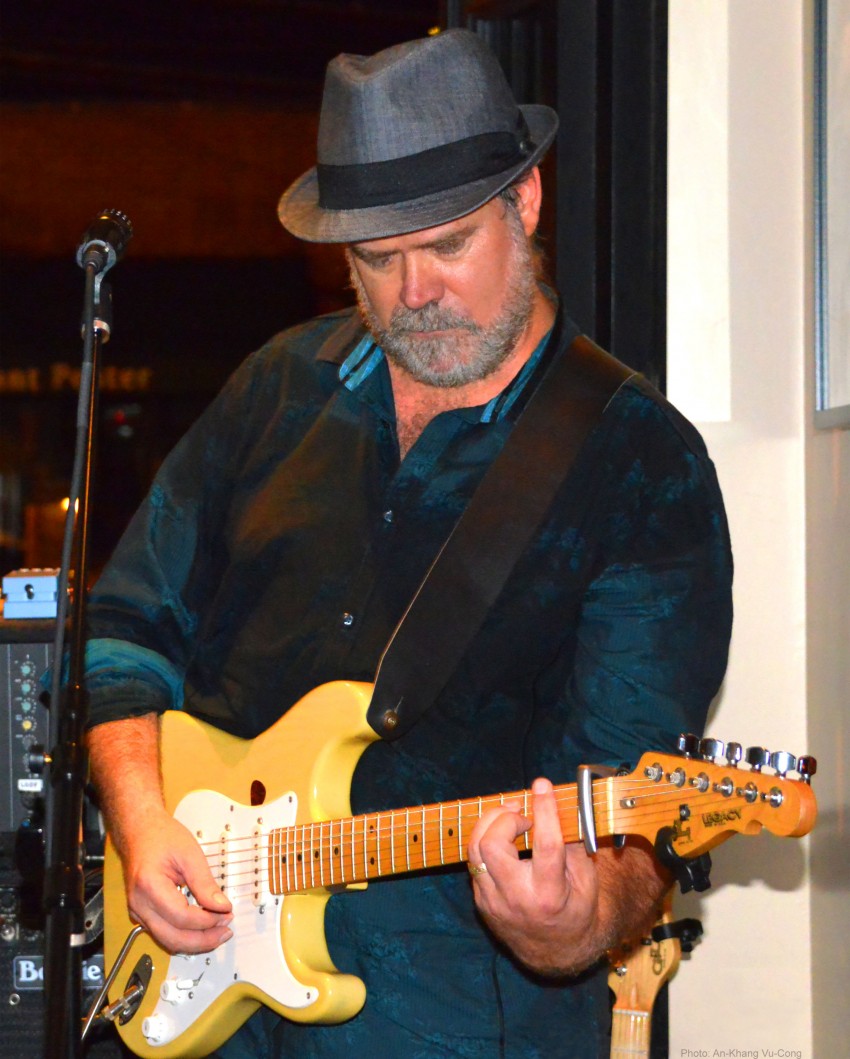 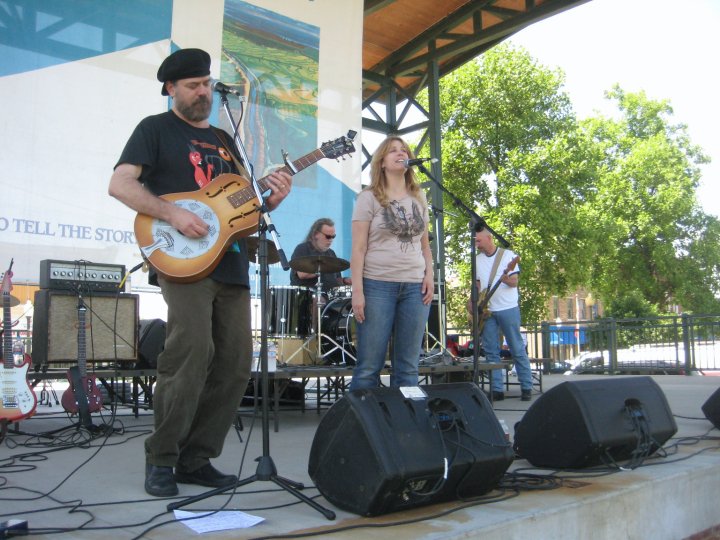 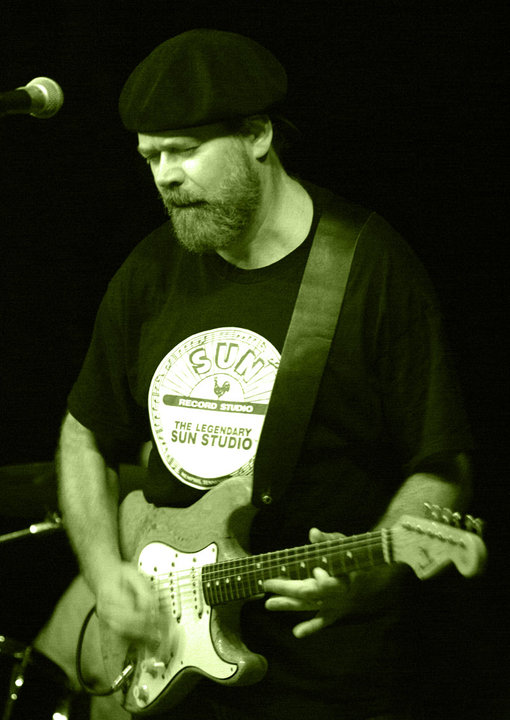 At The Savoy, Gijon, Spain 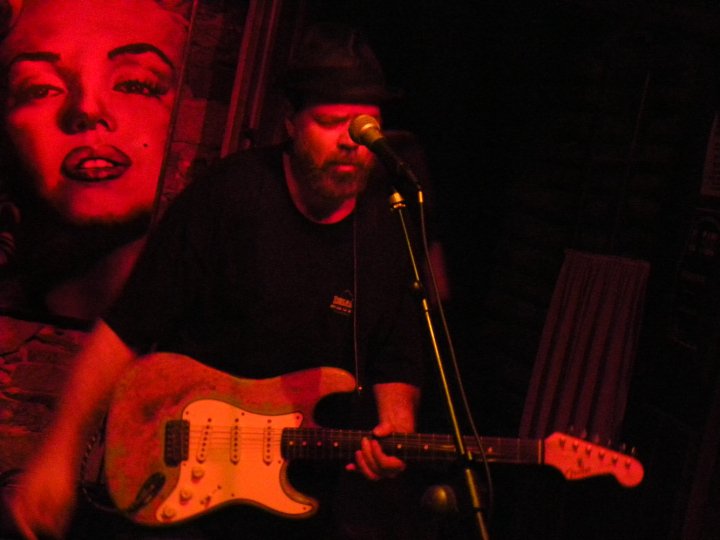 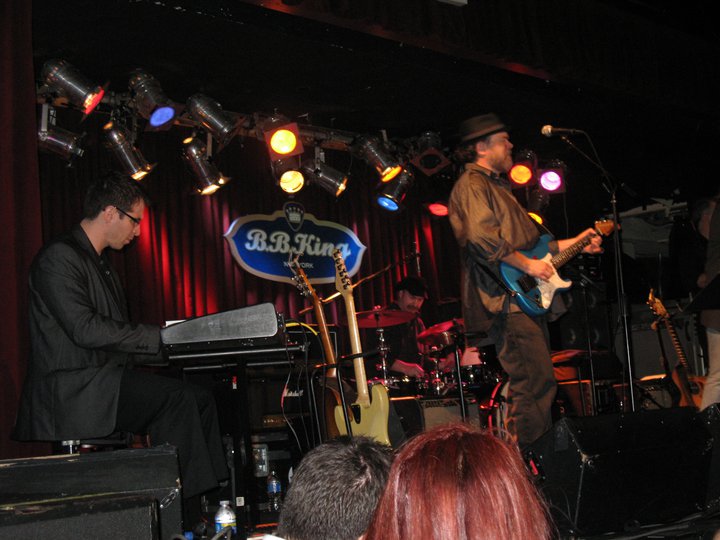 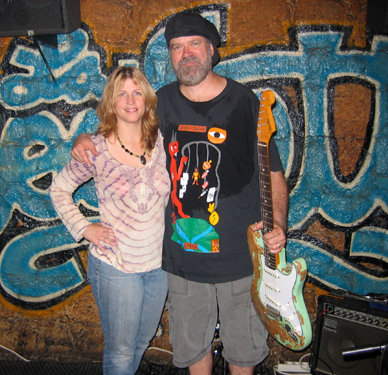 Original slide guitar Blues/Roots with award-winning songs and guitar work. 5 pc. band with guitar, bass, keyboards, drums and two stellar vocalists, Joanne Lediger and Paulina Hill. Joanne has shared the stage with Joe Cocker, Dr. John, & Derek Trucks.Hill has won awards for his slide guitar work and his songwriting. He has shared the stage with Levon Helm, Rick Danko, Debbie Davies, Kim Simmonds,Rory Block and Chris Smithers, to name a few. The RHB has performed at major blues festivals throughout the U.S., and toured Spain twice. Stellar guitar work and outstanding vocalists- these guys are pros, the real deal! Hill also performs solo, and as a duo either with Joanne or Paulina.

Be the first to review Robert Hill Band

Robert Hill was inducted into the NY Blues Hall of Fame in 2014.
An award-winning artist, not only for his slide guitar work, but also for his songwriting, winning first place, (Americana genre), in The Unisong International Songwriting Competition, and receiving acclaim in the ISC and Billboard songwriting competitions.
Hill’s latest release, “Have Slide Will Travel”, released July 2015, is a collection of slide guitar instrumentals. It touches on most of the styles of slide guitar that have come to define Robert Hill's sound. He mixes various styles of acoustic and electric Blues with Americana Roots, and manages to throw in shots of Funk and Zydeco as well....and it all works. Hill also breaks new ground on this cd by including an almost 8 minute Cumbia, and throwing in an original slide-inspired Spaghetti Western! Although he has always included instrumentals on his two previous cds, the self- titled debut, "Robert Hill", and his second offering, "My Corner", this is his first all-instrumental outing. Outstanding compositions with stellar slide that always serves the song.
He has shared the stage with Chris Smither, Levon Helm, John McEuen, Kim Simmonds, Rick Danko, Tony Trischka, Rory Block, Debbie Davies, and numerous others.
His songs have been used extensively on television in commercials and PSAs. He has played at numerous festivals locally and abroad, notably at The Arkansas Blues & Heritage Festival, which attracts a weekend crowd of 60,000 people. He recently returned from a second tour of Spain,(July 2015).
"Hill's aggressive slide playing over a rough-and-ready backing track, “Slide On Rye”, makes us want to slam down some moonshine and start a ballroom blitz. It's intense and relentless, and Hill's slide tone is fat, edgy and fabulous."
Guitar Player magazine
"Versatile guitarist who uses layering, tone, texture and good taste to keep the listener riveted. Good singer, mean slide player- here's to more efforts like this from Hill.” Blues Access magazine 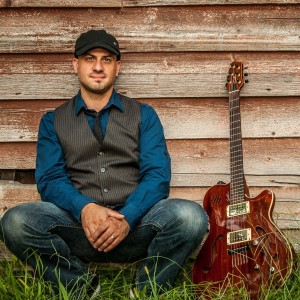 Amy A. said “Showed up on time, played an excellent selection of music, kept our guests entertained. Very reasonable pricing!”

Rachelle F. said “Soulful Sounds ENT played at a 40th birthday party we hosted. They are easy to work with, professional, reliable and incredibly talented! They were responsive,…”