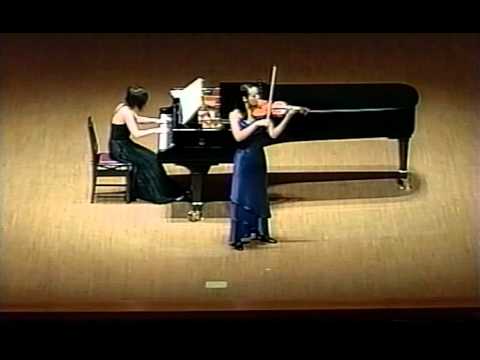 MICHI will present the finest possible performance for your event. A conservatory trained musician ( in Japan and New York) MICHI can provide anything from solo violin to chamber music, also small jazz combo.
We work with the client to provide the best possible music for your event.

Considering the circumstances with very short notice Michi was amazing.
Would definitely request her for future event.
Thank you
Charmaine

Thanks so much for having me,
and Congratulations !!
best,
Michi Fuji

Very talented and wonderful to work with

Michi helped me with a surprise session in Central Park. She was proactive and made this very seamless. She played a custom song, beautifully. Looking forward to hiring her again!

Michi was amazing to work with. She came early. She played beautifully. The whole experience of booking her was easy. She was accommodating with my time change since the event began later than expected.
Best regards!

Thanks so much!!
I was a great party, thanks for having me :) .
best,
Michi Fuji

Michi was wonderful. Performed excellent I will definitely use Michi on my next event.

Thanks so much for great review.
It was a great show !.
keep in touch ;) !
best,
Michi Fuji

She was amazing, great music, selection was amazing. It was a great surprise for our guests..

Michi added the perfect touch to our ceremony in the park. Great with communication! Punctual and most importantly the music was absolutely beautiful.

Thanks so much !!
Thanks for having me!, It was a great time.
Congratulations :) !!.
best,
Michi Fuji

Michi came earlier to the event where she was going to be part of a group performance which included piano, cello, acoustic guitar and bass. The event was a little hetic in terms of time to setup each music group on stage for the sound check and she handled very well the stress it brought to all of us. She is a sweet soul and very talented. Also she was very responsive all the time. I highly recommend Michi. You will not be disappointed. Thank you so mich Michi!!!

She was great, made it on time and all our guests were impressed!! I would definitely recommend her and will be booking her again!!!

It was very easy to plan the day with Michi. She was there ahead of time and played as contracted. She learned a song requested by us. I highly recommend her services.

It was so nice wedding, thanks for having me.
I'm a happy to be there.
Congratulations ❤︎

Violinist for a bridal shower

Wonderful music! Everyone loved it!

thanks so much for great review :) !!!.
I was really nice bridal shower, continued happiness ❤︎

I have booked Michi for my surprise engagement proposal and it couldn’t have been more perfect. She was very supportive along the way and the music selection was perfect for the occasion. I can highly recommend her and I am looking forward booking her for our next occasion.

Thanks so much !!,
I impressed the proposal scene too :) !!!.
Congratulations.
best,
Michi Fuji

Michi played at our wedding. She was very helpful in planning and had great suggestions. She even helped find a singer for us to help us make the event exactly what we wanted it to be.

Thanks so much great review!! It was really nice wedding, and Congratulations!
Best,
Michi Fuji

Michi was great and punctual!

Thanks so much, Joseph, and Congratulations!!
Best,
Michi Fuji

More than a violinist, a co-creator in your experience.

Picture this, a red checkered table cloth spread out on the ground covered with rose petals. A straw picnic basket sitting on the table cloth. Crystal Champagne flutes and rose champagne to go with all the food. I am there with my girlfriend enjoying a picnic in Central Park. A woman comes up and hands my girlfriend a dozen roses and then starts playing her violin, creating beautiful music. My girlfriend looks at me and says, "are you proposing?" Michi was so much fun to have on my team to create this beautiful experience. Her violin playing was divine and just the right mix of classical and pop songs. I can't wait until my next adventure I plan that Michi can be a part of it. Michi is the best.

Thanks so much !!!
I was pleasure to be a part of your beautiful event.
best regards,
michi fuji

We hired Michi for an engagement proposal, and requested a personal song that she agreed to learn in one day!!! Highly recommend! Thanks, Michi!

Thanks so much for the great review! And congratulations! :)
Best Regards,
Michi Fuji

A wonderful addition to your event - Michi the Violinist!

Michi was very professional and well put together. She coordinated the songs with myself and the DJ to make it a seamless performance. She also brought her own equipment, aside from her violin - a mic and amp. She was well prepared and given the short notice, she more than delivered. I had selected a few songs that I tied into my father's 70th birthday party, and she was a perfect addition. I must say, I was a bit hesitant at first, having to plan this party all the way from Canada and in New York City, but she was very helpful and accommodating. I would highly recommend her and would definitely book her again for future events. Thanks, Michi!

Thank you so much for the great review, Vidya!!
Best,
Michi Fuji