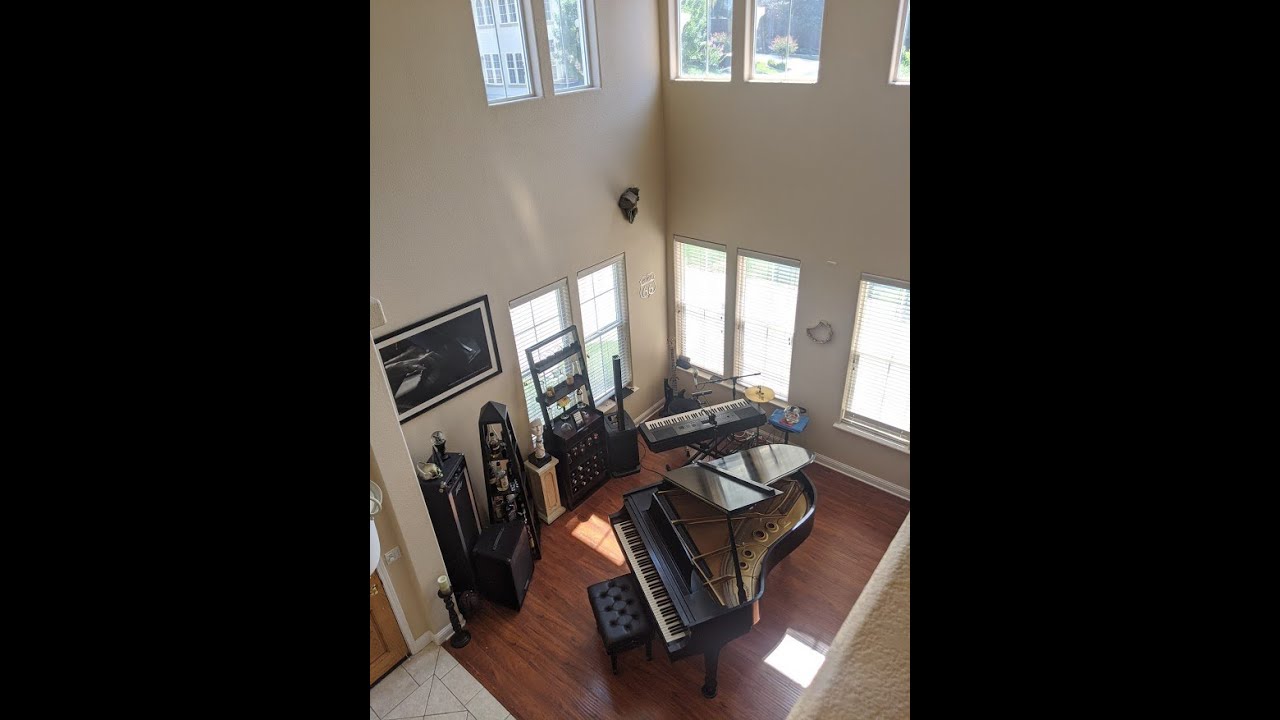 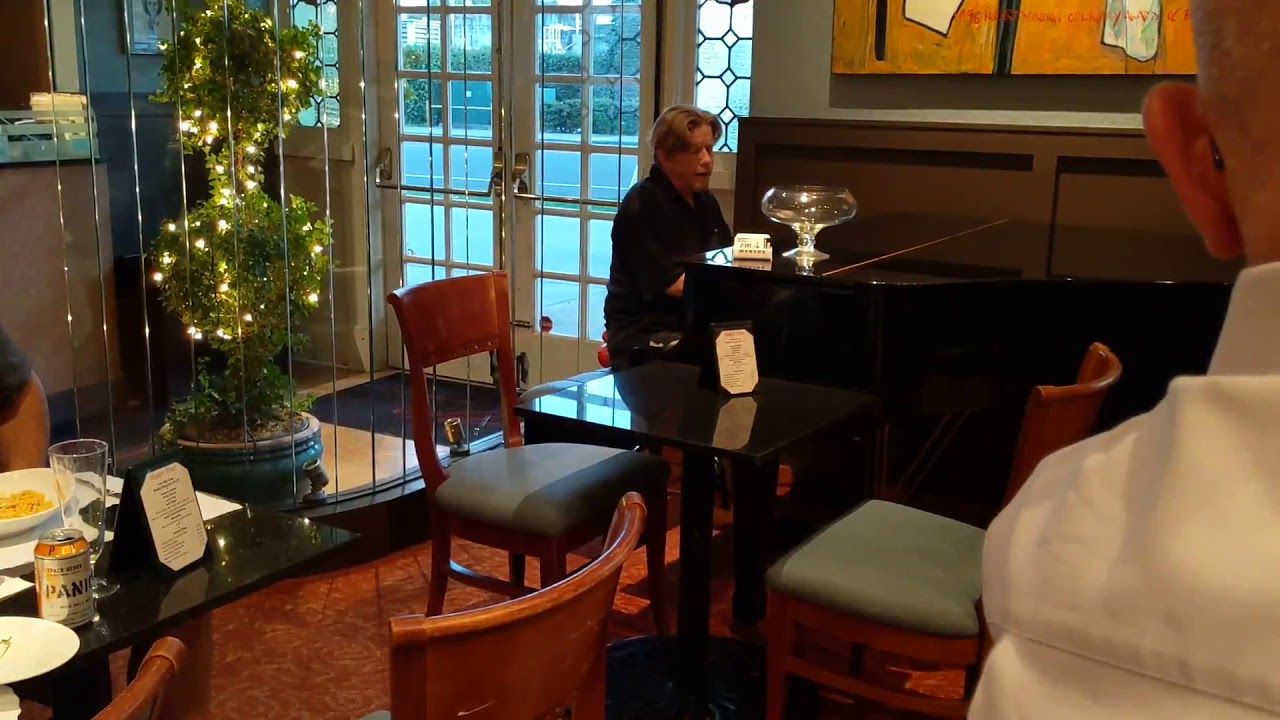 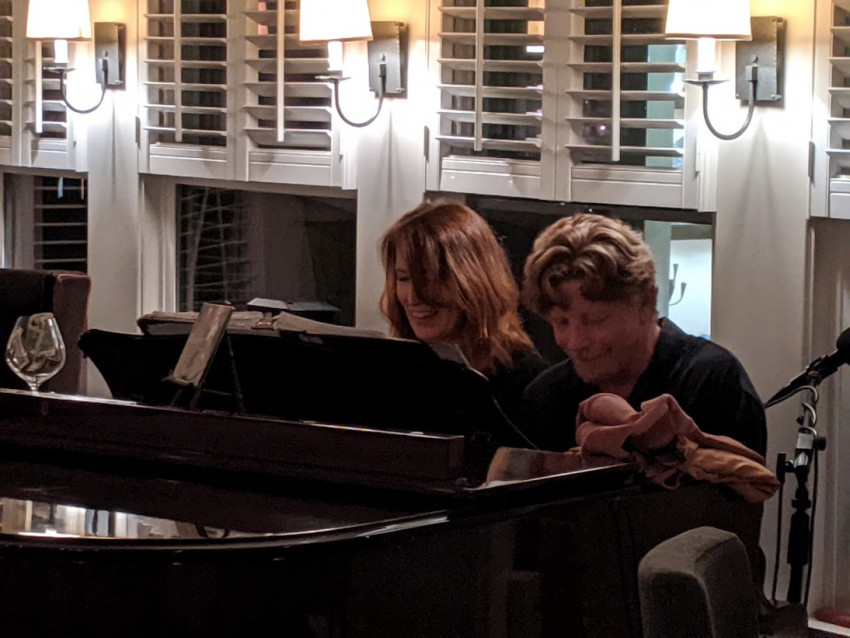 Wine & Roses, Lodi CA, sitting in with the gracious and talented Kim Nejak 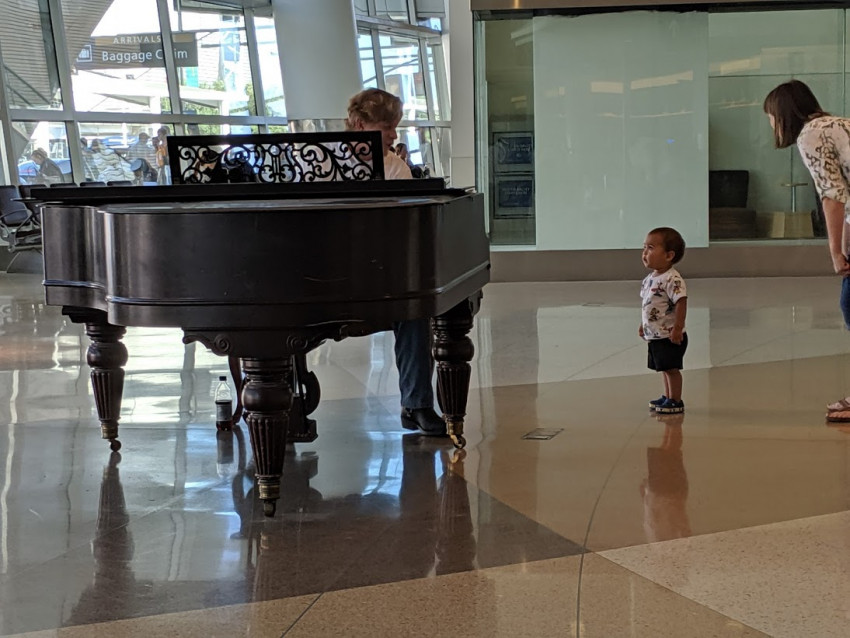 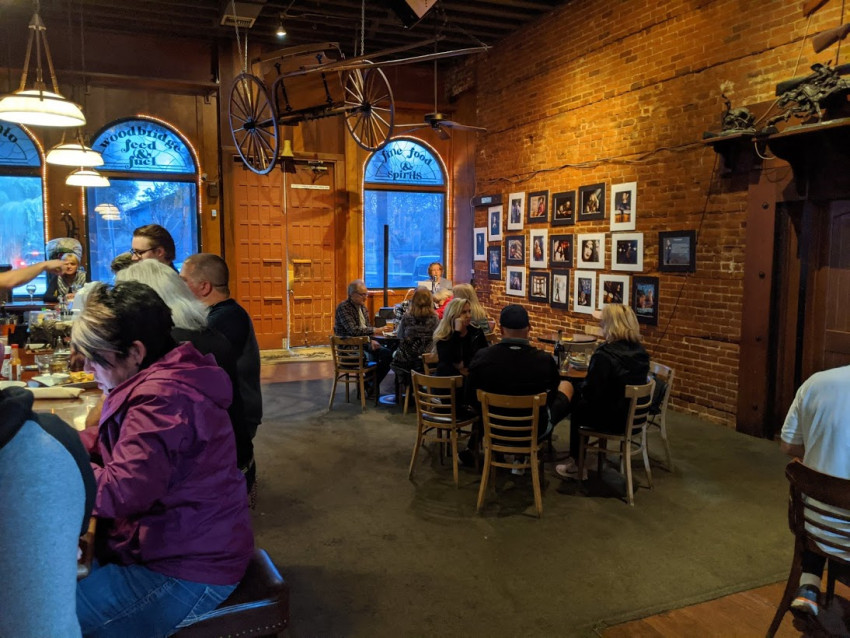 Rick Esterling's baritone voice and rhythmic stride piano style combine to create emotive, toe-tapping renditions of some of the very best music from the 20th century. As comfortable playing soft instrumentals from background shadows as he is center stage under the spotlight singing and hosting your event or special occasion, Rick shares his passion and enthusiasm for music at every performance.

I am the Activities Director for a retirement community. I booked Rick for our Happy Hour and our residents absolutely LOVED him! He showed up early to set up, played for a good 30 minutes while residents came in, and then played his set. He was absolutely phenomenal! I have had several residents come to me to request that he comes back, and I definitely hope that he does!

My level of engagement with your audience is entirely up to you and whatever your venue demands. I am as comfortable playing soft instrumentals completely in the background as I am singing and encouraging rowdy crowd-participation sing-alongs, dancing, and guest singers.

When I was 12 years old, my parents bought a used Wurlitzer upright piano for $35.00. I took lessons for almost a year but gave those up in favor of self-instruction and learning from gigging musicians and jazz bands. My favorite music ranges from Tin Pan Alley in the 1910s on up through the 1940s and the mix of new styles and the onset of rock and roll and country from the 1950s to 1980s as well. I enjoy a lot of music from the 1990s and newer, too, I am just not familiar enough with as many of those to play or sing them. My favorite composer is Irving Berlin, followed closely by Cole Porter, then Lennon/McCartney, Willie Nelson, and countless others.

I was raised mostly in Alabama with roots in country music, southern rock, honky tonk, R & B, Mississippi blues, and classic rock. My interest in jazz, big band, and swing comes largely from my mom who deeply loved music and dancing, as did both of my grandmothers. My parents and grandparents generously shared their musical enthusiasm and knowledge with me in my youth.

I am a nine-year veteran of the US Navy submarine service during the 1980s and served mostly in the Atlantic ocean while living up and down the east coast. I enjoy the music of John Phillips Sousa as much as John Williams as much as John Prine, John Denver, and Jon Bon Jovi.

My wife and I lived in several states and locations in the decade after I left the Navy in the early 1990s and eventually landed in the secluded northwest mountains of Montana where we lived for almost 20 years. In 2016, I accepted a position with a fintech company in Roseville, CA, whereupon we moved to and currently reside in Granite Bay, CA, about 20 miles NE of Sacramento. We have one cat and one dog.

I'm a Senior DevOps Cloud Architect by day, creating and maintaining server farms, service clusters, and production enterprise environments in the AWS cloud. I run Linux at work professionally and at home for personal use. I'm also an avid PC gamer and occasionally play tunes from the soundtracks of popular games including Fallout 4, Bioshock, Grand Theft Auto V, and others.

Power outlet and a stage - I have everything else.