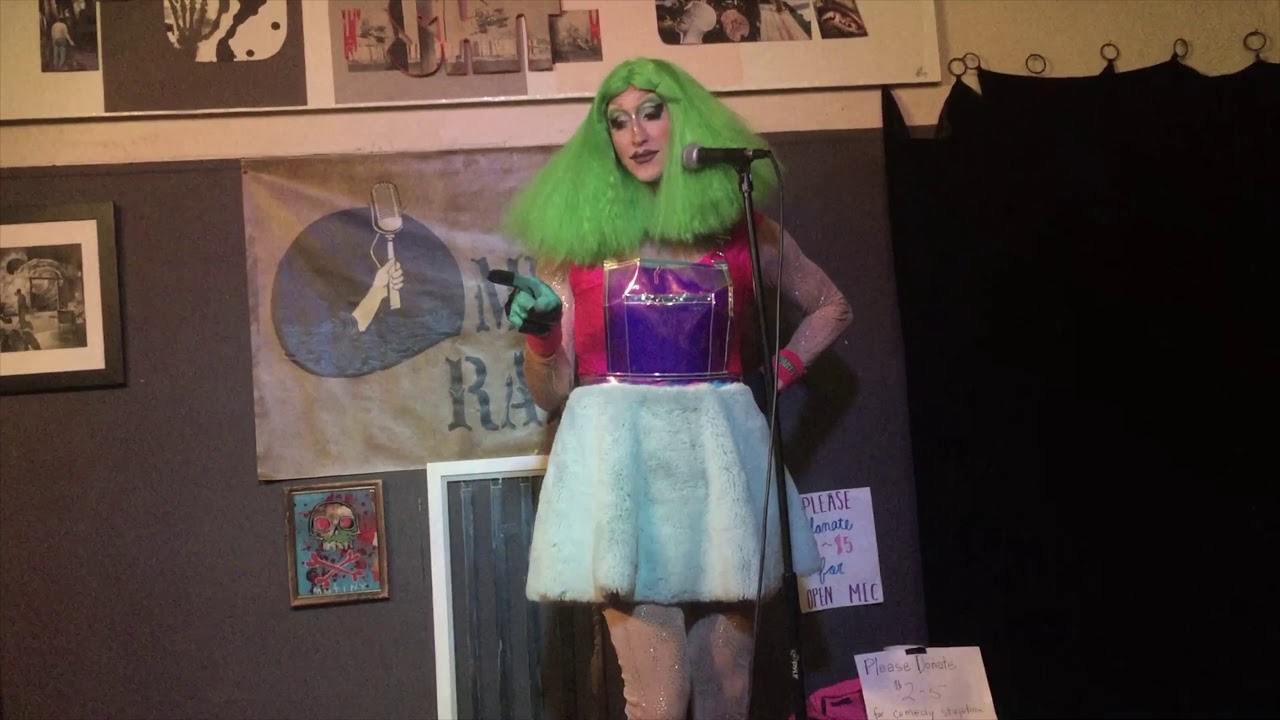 The Most Fertile Drag Queen Alive 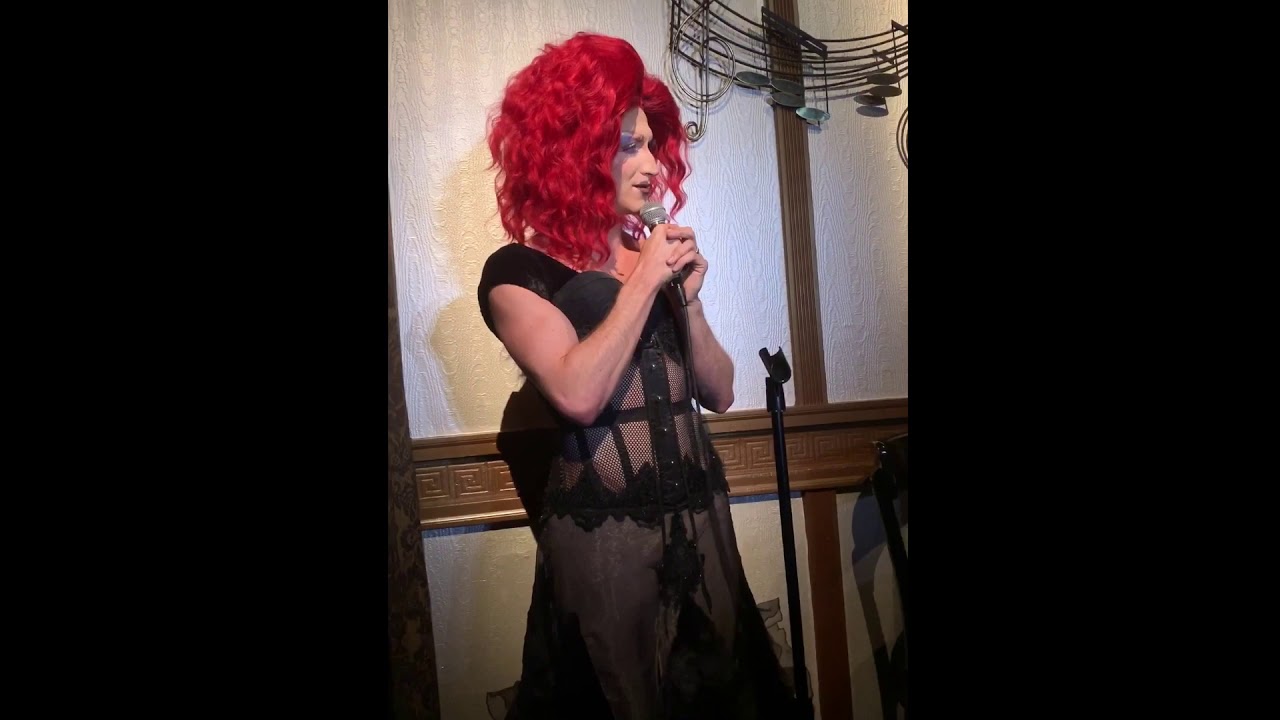 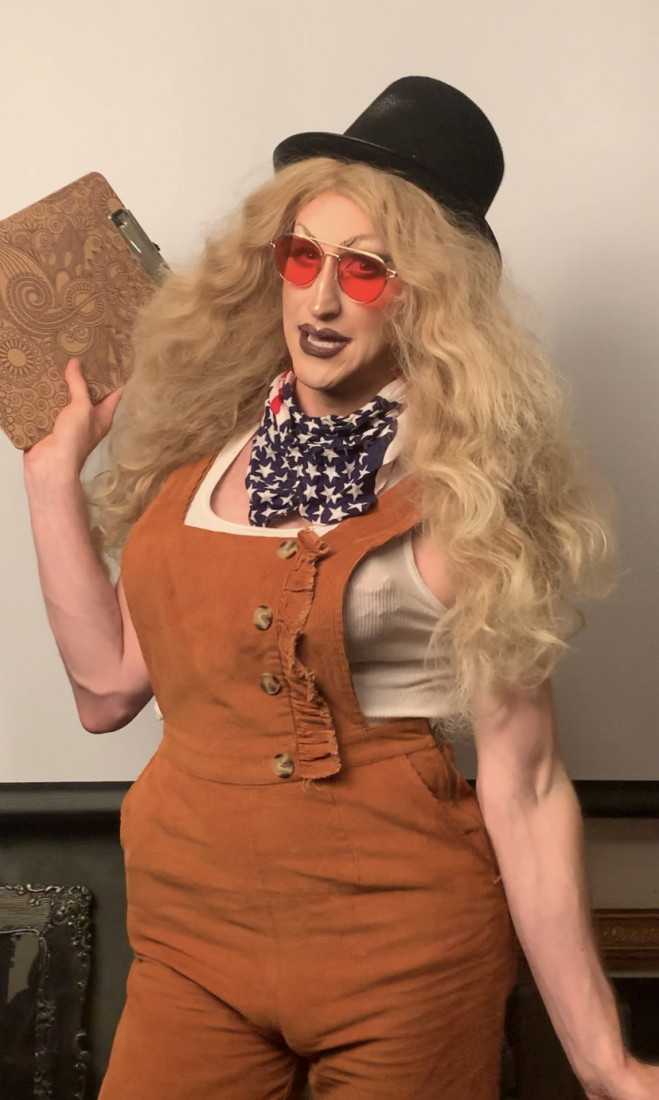 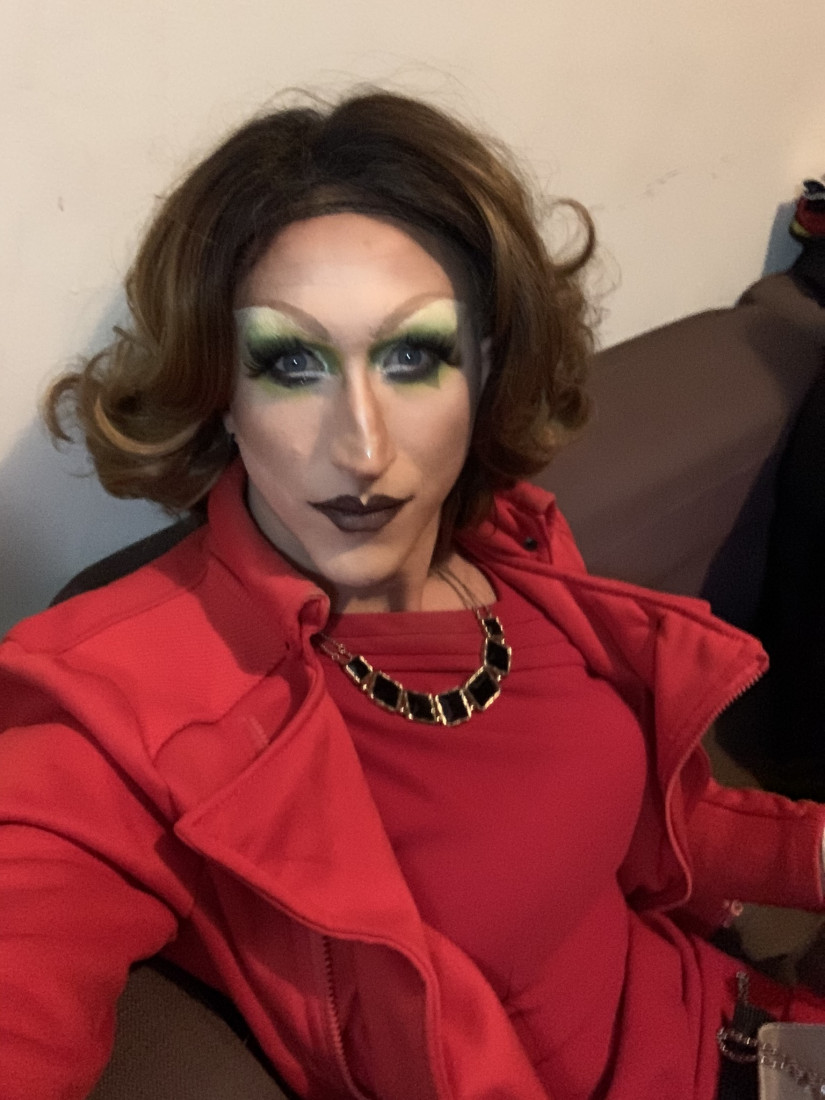 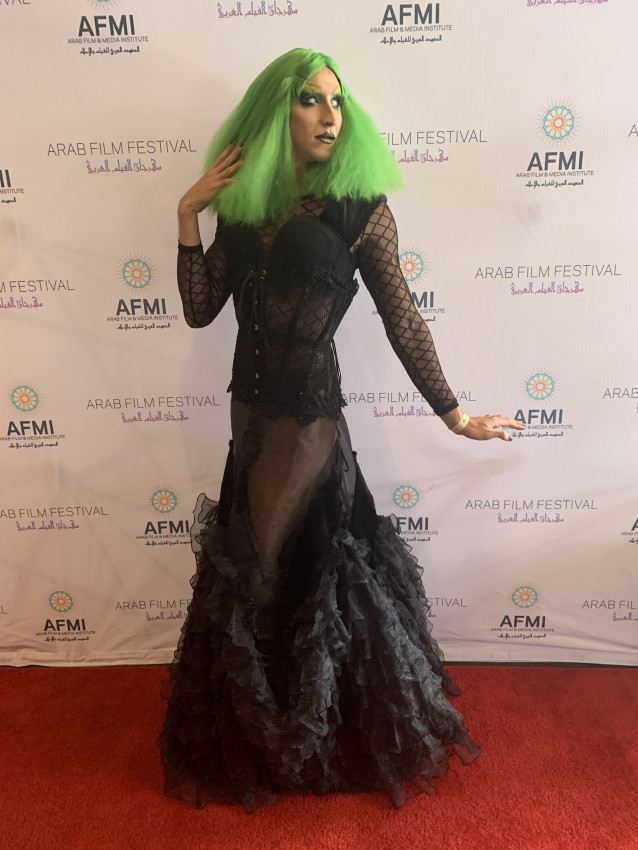 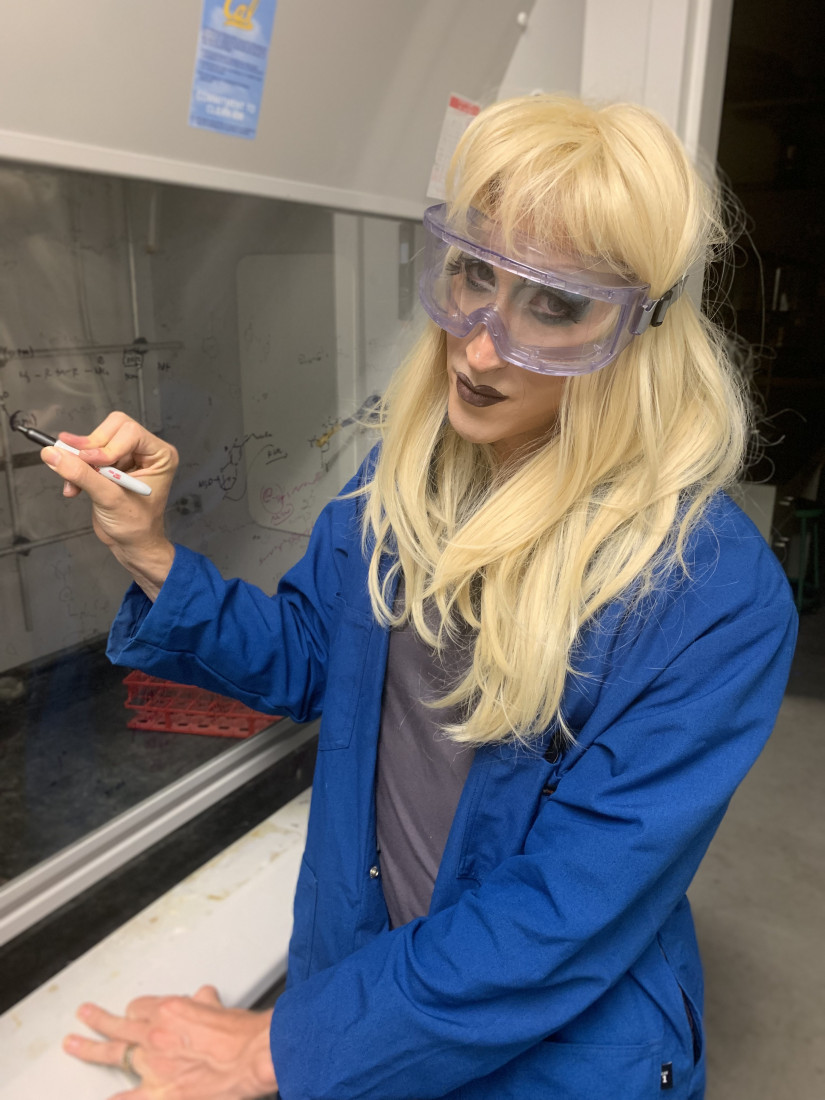 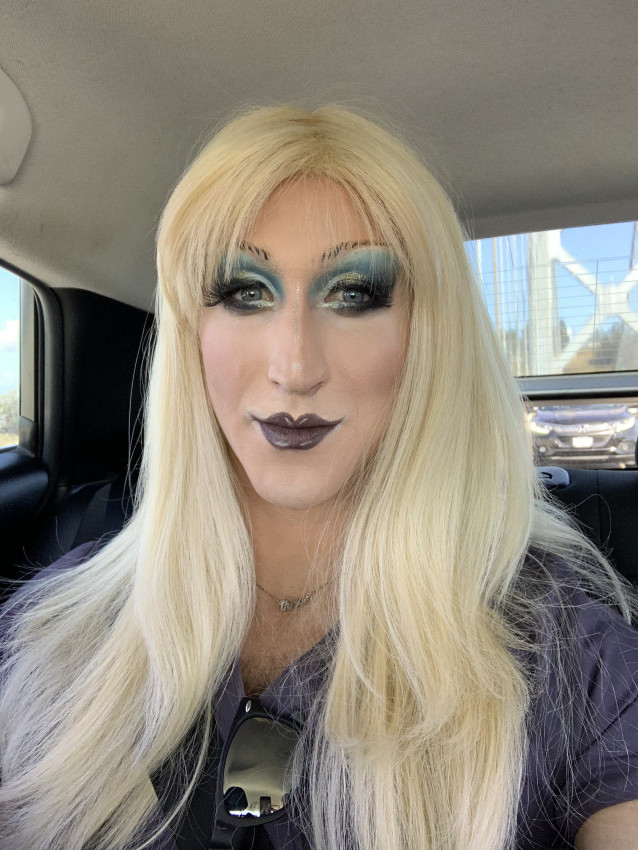 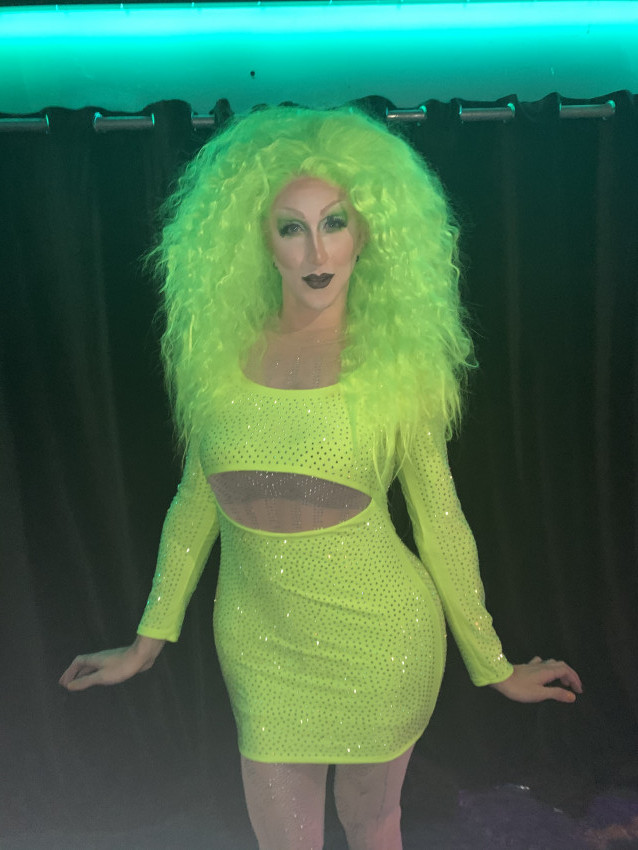 Poly Poptart is a queer, Jewish drag queen comedian. She completed a 365 Days of Drag Names project in Summer 2019 that attracted over 4, 300 Instagram Followers and ignited her career as a stand up comedian.
Poly’s has headlined at Oakland Comedy Fest, done shows with Peaches Christ & Sister Roma, cohosted a show with RuPauls Drag Rave Honey Mahogany, and hosted and performed at a reputable Bay Area tech Billionaire’s birthday party.

An excellent zoom show for a friends birthday! When the birthday girl ended up being late because she needed Taco Bell FIVE minutes before the zoom Poly kept the fun going until she arrived. Lots of fun comedy, games, impressions and a quality lip sync.

Thank you so much Madeline! Y'all were a great audience, and I'm so glad you all had fun. Let me know if you have any needs for parties in the future!
.
Love,
Poly Poptart

An hour of entertainment

Poly delivered exactly what I expected. We talked beforehand to plan the virtual party. She warmed up the guests, played games, lip synced, and did impersonations. I loved that she asked the guests their favorite dance songs and played them during the costume change. Zoom can be awkward for a party, but everyone had fun thanks to Poly!

Thank you so much! Glad you and your friends had a wonderful time celebrating your special day. Happy Birthday and many more!

Polly was so helpful in helping plan our birthday event. We were able to get our friends from all over the country included and had a blast. Absolutely recommend.

Thank you! It was a blast and I’m glad y’all had fun!

My team loved her!

My team so enjoyed Poly at our holiday party! She worked with me to make sure everything was friendly for my team's tastes and the team has been singing my praises for finding her. If your team loves a drag queen, she's That Queen for you!

THE MOST FUN YOU'LL HAVE ALL QUARANTINE

I hired the fabulous and hilarious Poly Poptart to host a virtual BINGO night for my 72-year old mother. There were at least a dozen family members joining in via Zoom from all different walks of life (and political beliefs!!) and I can say with confidence it was the most fun ALL OF US HAD ALL QUARANTINE -- Poly kept us engaged, entertained, and laughing so hard we all had tears of joy running down our cheeks. And after being socially isolated for almost a year with just my dad, the experience made my mom feel so loved and adored -- plus she had just the absolute best time. I can't recommend working with Poly enough. Seriously the best idea for any kind of virtual celebration!!!

In the planning process, Poly was highly response, extremely thorough, and a pleasure to work with. Our virtual event was so needed during this time and Poly was fantastic. We all had so much fun laughing, dancing, and spending time together and Poly led us through flawlessly! Couldn’t more highly recommend and hope others are able to work with Poly!!!

Hostess with the Mostess

I asked Poly to host a virtual baby shower for a friend. Making an in-person baby shower fun is a challenge, and doing it virtually is almost impossible, but Poly was up to the challenge and exceeded our expectations. She came prepared with a variety of interactive, non-traditional games for us to play -- exactly what I asked for -- and injected humor and spirit into the event.

During our planning call, Poly came prepared with a variety of suggested activities, she was responsive to my emails leading up to the event, and showed up right on time to make her "entrance" onto our Zoom call. She even stayed on longer than planned so we could finish the games we had planned. She went above and beyond, and I'd definitely recommend Poly for your next event!

Thank you so much Becky. Glad y'all had fun!

Poly was amazing! She was the star at our friends suprise birthday party! She was right on time and was soooooo much fun! So much personality and interaction, took time to get to know everyone and cater to our crowd. She even did acrobatics down the street. AMAZING! I would recommend booking Poly to anyone! Soo much fun! Thank you Poly!!

Thank you so much, Cassidy! I had a blast. And thanks for the review!

Poly organized and orchestrated a drag show for our company event. It was seamless, fun, and absolutely fantastic!

We hired Poly to emcee an online birthday drag bingo event and she was perfection! She helped think through the event, plan it, and provided an itinerary that made the entire event pop. We all had so much fun and I would definitely book Poly again for any in-person or online event!

A Queen with it all: organized and incredibly talented

Poly Poptart sets a high bar for what it means to be a queen. She was incredibly responsive and helpful in making our Valentine's Day fundraiser for homeless services an absolute success. We would definitely work with her again!

Having a Poly Poptart host made our event more engaging and successful. She engages the crowd and is exactly who you need to make a evening stand out.

Thank you so much Felicia! Was a pleasure and an honor to host and perform for your fundraiser.

I am *so thrilled* that I got the tip to hire Poly for my event. I was searching for someone rather last minute for New Year's Eve, to play a greeter role to create an immersive theatre experience for guests as they arrived. I didn't have a lot of direction to give, as I'm not a professional theatre person or that familiar with directing, but Poly was able to take my ill-formed ideas and run with them, run ideas past me, and came up with a character and narrative that was perfect for setting the scene at the event. Specifically, we were having a New York themed party and needed an over-the-top New Yorker welcoming guests at the door, explaining the rules, and helping them dive head first into the NYC experience. Poly personally greeted over 250 people in the course of the 3 hours we had the doors open, giving them each personal attention and creating a memorable experience. I had guests coming up to me all night saying how much they loved the treatment they got upon arrival to the party, and I'm still hearing from guests how special Poly made their night. I hadn't worked with Poly before and didn't know what to expect. Poly showed up on time, in full costume, ready to start, asked all the questions they needed, and got all the details right away without taking up unnecessary time during out setup, and then quickly got to work making the event a success. I am so lucky that we found each other, as I could not have done this without Poly. Thank you so much again for making this night so magical for so many people!! Fantastic accent, fantastic character development and execution, fantastic outfit, and a pleasure to work with. <3

It was a pleasure meeting you Victoria, meeting your guests, and working with your staff. I had a blast playing Meredith, the Upper East side, chain smoking Jewish divorcee. I would be honored to work with you again.

One of a kind performer and talented host

Oakland Comedy Festival brought Poly Poptart to host and perform during our 5-day festival. Poly was an incredible host and delightful performer who made audiences laugh with great ease. Highly recommend booking Poly for your events!

I've had the pleasure of working with Poly Poptart at both a wedding and a Amazon corporate event. Each time Poly was professional, prompt, and hilarious. Beyond her hilarious performances, she was super friendly to event attendees and other vendors. Overall, a very talented performer and a fun person to be around.

Poly Poptart is a comedian that brings entertainment beyond her amazing comedy. You can expect
Poly to:

- Bring a polished, appropriate look for your event
- Be energetic and engaging at your event (a born extrovert)
- Celebrate your cause, event, and attendees
- Pose for photos with event attendees & organizers
- Make people feel welcome and excited
- Be communicative pre and post process
- Promote your events (if desired)
- Be prepared to improvise; In several of her past gigs technical issues occurred for the event organizer, and Poly entertained the crowd while technical issues were worked out

Poly Poptart - The Original Drag Intro Comedian is Oakland's fastest rising comedy star. Poly Poptart blends traditional storytelling with her signature drag intro, where an introduction is the set up, and the drag name is the punchline. In June 2019, she completed a 365 Day project (365 Days of Drag Names), & attracted 4,400 Instagram followers during the project.

This queer, Jewish drag queen comedian has performed in NYC, Phoenix, throughout the Bay Area, and headlined at Oakland Comedy Fest.

Beyond being a performer, Poly has worked in several community and non-profit organizations. Poly was the founding Events Director of Impulse San Francisco, a queer men's sexual health group. She was responsible for planning a half dozen events per year, ranging from 20-1,000 people. Poly has done charity shows for Sunrise Movement, Trayvon Martin Foundation, AIDS Life Cycle, Puerto Rico disaster relief, and many more.

For Poly's day job, she works for a genetic testing lab that focuses in women's reproductive health, and is passionate about supporting women, women led organizations, and women led businesses.

For Comedy: spotlight and microphone.

Beyond stand up comedy, I also can do campy or glamorous lip sync numbers - all drag queens have this old faithful in their repertoire. What sets my lip syncs apart from others is that my mixes are one of a kind, blending humor and glamour, and I perform gymnastics - front/back handsprings, side aerials, cartwheels, pirouettes, Wolf turns, and L turns.