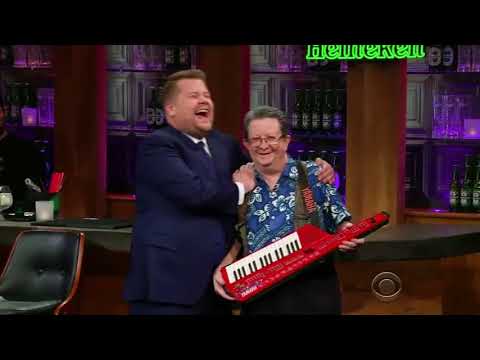 Perry on The Late late Show 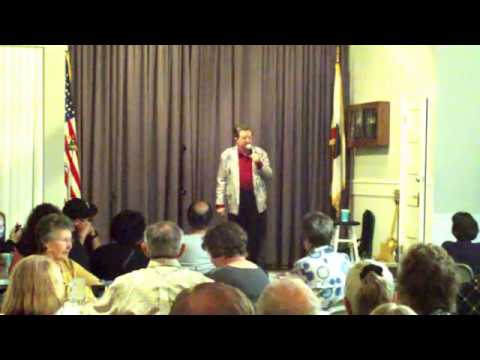 Perry at The Elks Lodge 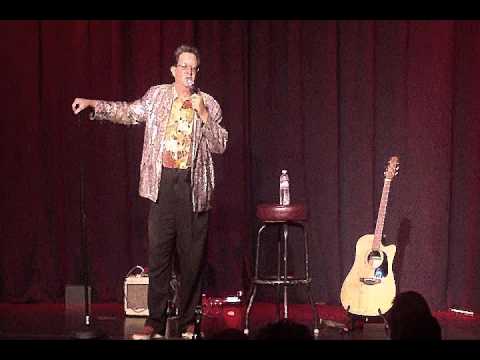 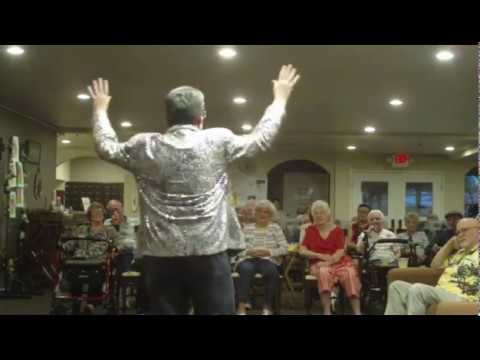 Perry and The Seniors 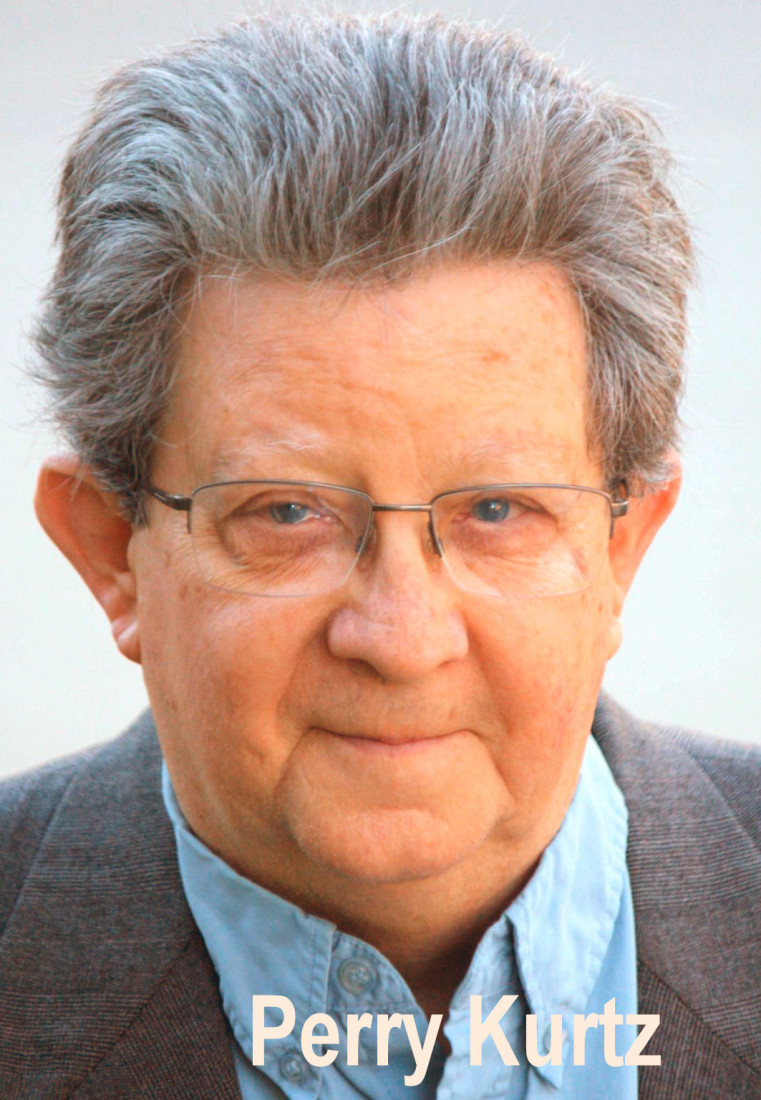 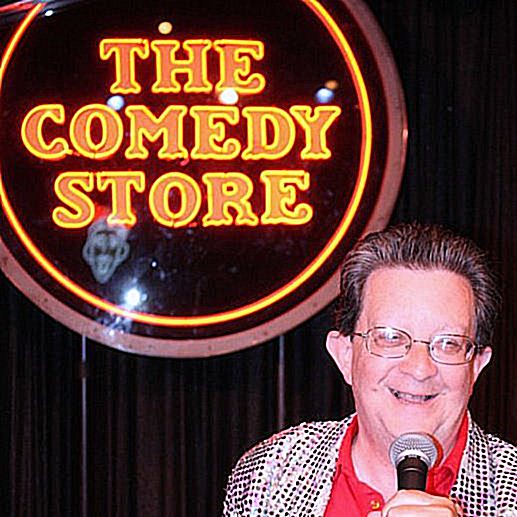 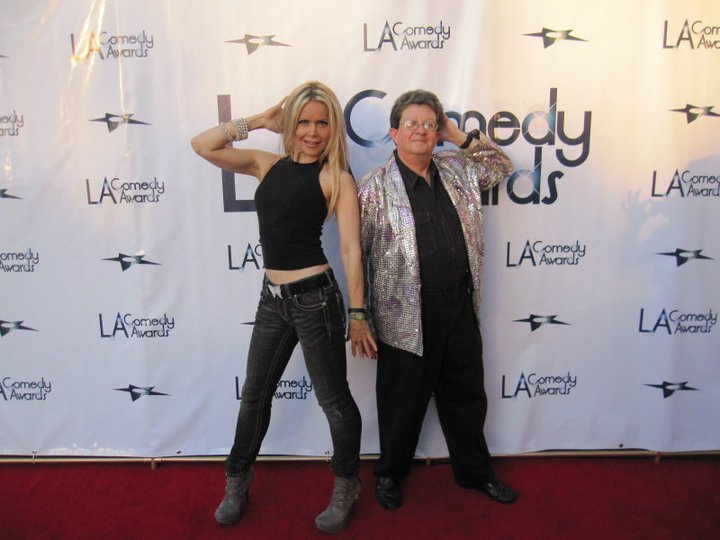 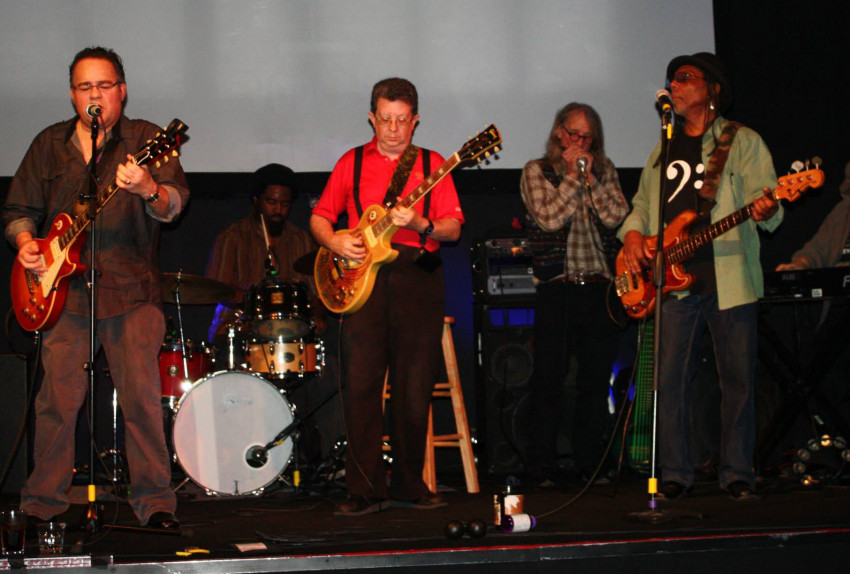 Jamming with the band 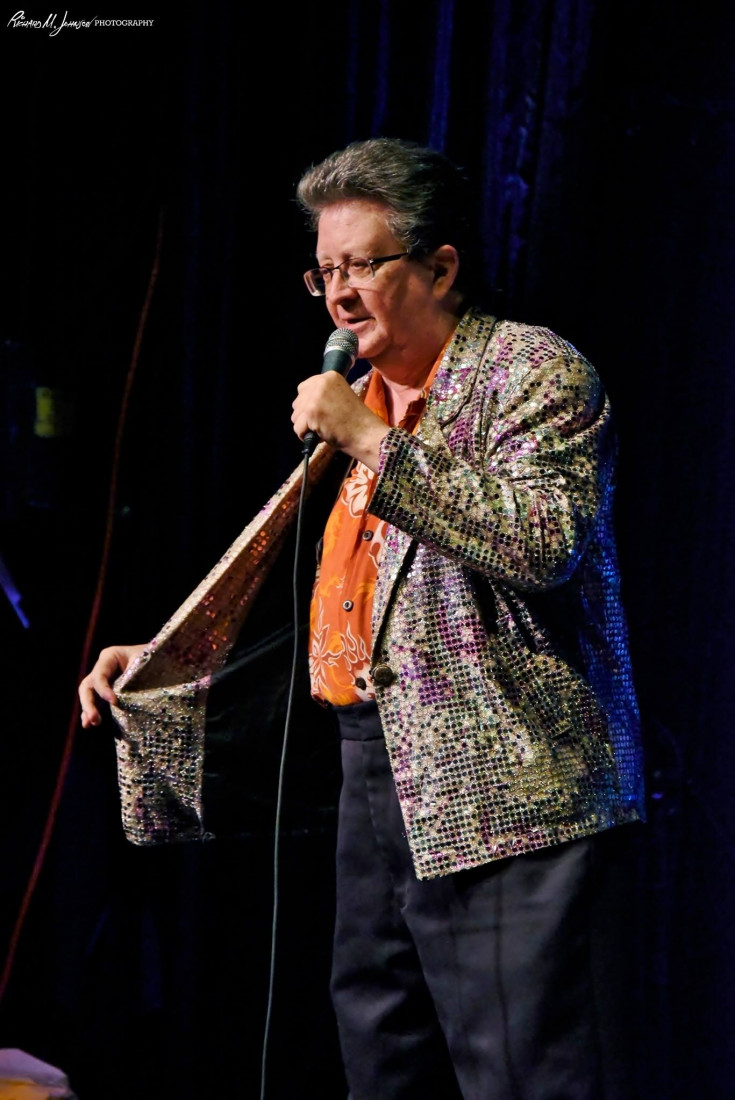 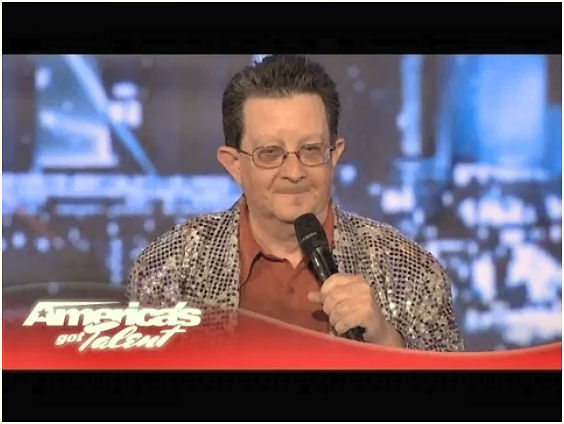 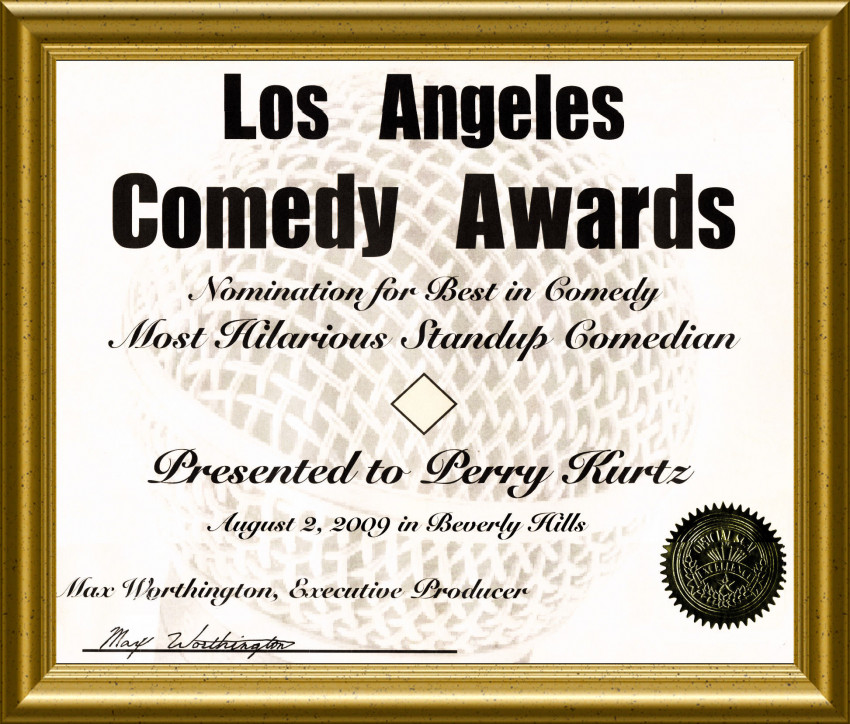 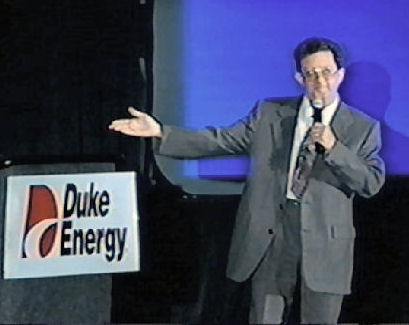 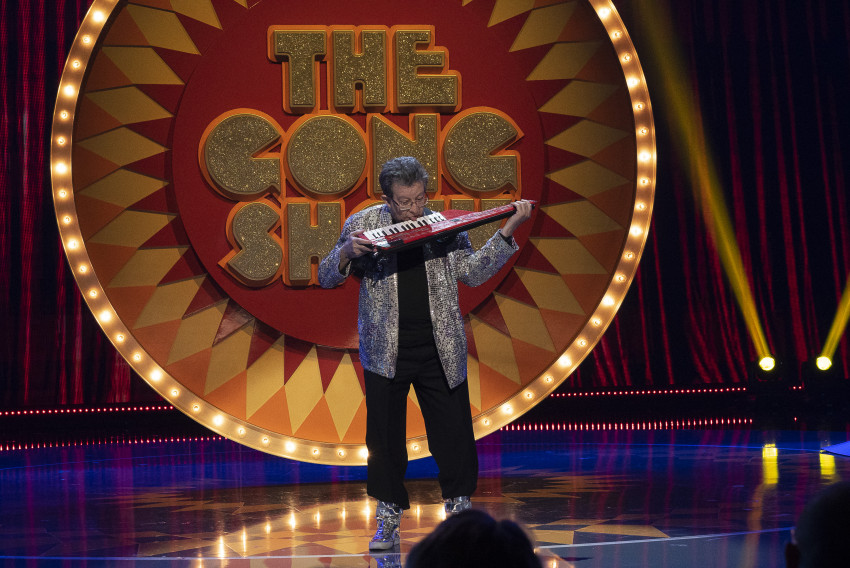 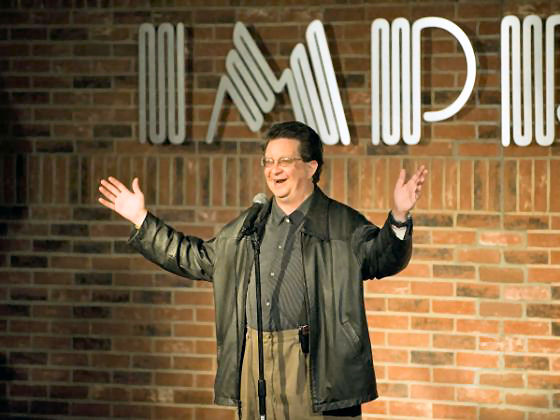 Perry Kurtz, performing virtually or in person, provides a totally interactive comedy & music experience featuring 47 years of stand-up developed from headlining major comedy clubs and events across the U.S., video (Perry on Love Connection), improvisation, life stories, roasting, audience participation, and more to provide a one-of-a-kind, specialized, always different, entertainment experience for ANY event or party, and each show ends with a song on his Keytar about whatever the crowd is doing AS they do it, with the crowd singing along. No two shows are even similar. G to X Rated on YOUR needs.

Perry Kurtz was amazingly funny! He brought the house down with his funny musical moments. He had our audience laughing their buns off!

From Perry's background in San Francisco and performing hours of Improv with Robin Williams, Perry has given up writing material for being on the edge. Every show is different and based on whatever Perry feels THAT audiences wants. From dancing, to singing, to talking about his life, even videos, his performances are unlike any other anywhere. Through his diversified cache of material and instant creations, there are no bad shows. Only something that is hard to describe, but easy to remember.

Perry Kurtz was born(?) in Philadelphia at 2:32am. at Doctors Hospital. As a 10 year old Cub Scout (they had no membership restrictions in those days), he briefly entered the entertainment field when he threw his voice into a sock and began giving puppet shows (at gunpoint) at local playgrounds. Graduating from Northeast High School in 1968, he attended The Hussian School of Commercial Art in downtown Philly.

After graduating in 1972(and paying off his instructors to pass him), he began freelancing for national label companies creating finished art for Pepsi, Tab, Sprite, Levi Strauss, Gerber, and Polaroid, including the design of the Seven Up "bubble pattern" logo in '74(for a measly 300 bucks) (Really!!). In 1976, he became the art director of a religious publishing house just outside of Northeast Philadelphia making an outrageous amount of money.

After 2 years of high pressure, a nervous breakdown from overwork, and people constantly asking, "What are you? A comedian?", his close friends advised that he should (just leave town or) get into comedy.

He quit his directorship in 1977 and entered a talent show at The Crazy Horse Saloon in New Jersey, taking a $250 first prize for singing a parody of "Eleanor Rigby" as Jerry Lewis. He took a comedy workshop (cash was paid upfront) and lived on his savings until 1979. Then, with his last $500, a suitcase, electric guitar, and roller skates he equipped with headlights, he moved to San Francisco to become a comedian.

His first paying "gig" was as the emcee and manager at the now-closed, Off Broadway Male Burlesque Club on Broadway in North Beach working 6 nights a week and making WAY too much money. A few weeks later, at the request of screaming female patrons (they were blind), he gave birth to his "Comic Strip Routine" parody (he only takes off his jacket and women STILL give him money).

In 1983, he left the "Broadway Scene" (too much sex and drugs) and pursued comedy in real comedy clubs. He spent a lot of time "working out" at the Holy City Zoo Comedy Club in San Francisco, where he had many opportunities to hang out and share the stage improvising with Robin Williams. (He has followed Robin 13 times at management request) A few years later, he was averaging 30 to 40 weeks a year headlining comedy clubs (and getting paid for it) (Go figure) across North America and Canada.

Just before his birthday in 1989, he relocated to Los Angeles, where he became a paid regular at The Comedy Store (the money sucks) in Hollywood and Dangerfields in New York City.

He actually met his wife "online" on an LA bulletin board (they did not hot chat). They talked "voice" for 40 hours over 3 days. Then she drove to his house and they instantly(?) fell in love. He now lives in Downtown Los Angeles, has been married 18 years to the same woman, has 4 kids, 25, 24, 19, and one turned 5 in November, and continues to work as a comedian, Comedy Consultant and Instructor, Sales Trainer, Humor Motivator, voice-over artist, Free-Lance Tonight Show Writer, and appears at comedy clubs, colleges, and corporate events around the world.

Aside from offering a Virtual Show with your audience involved, everyone needs access to a TV or computer with Zoom. For showing a video to the crowd in person, I will need a way to play a DVD, or a computer hooked to the TV, that the whole crowd can see and hear. Otherwise, just a place where the crowd and see me. I bring my own amplifier.

For Corporate/Clean performances, material is written for each event, to the needs of the producer. Shows include standup, music, dance, video, lots of audience interaction, and improvisation.

Club comedy is all created on the spot.

Just a place to stand. If you have an amplified microphone, that's great. 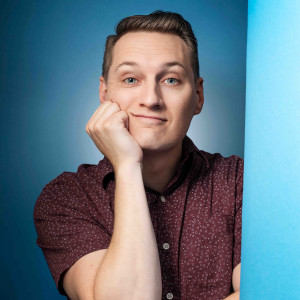 Brian J. said “Nick was hired to attract and entertain guests at our trade show booth. His act is very smooth and he is great to work with. He was extremely professional…” 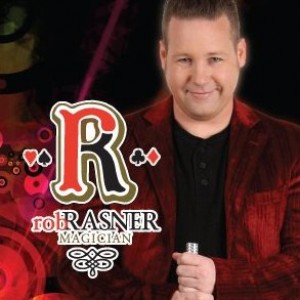 Stephany G. said “We hired Rob for my mother's 60th birthday. Everyone had a great time! We only had three kids at our party, but he made sure to include something special…”

Michael P. said “All the guests really enjoyed his performance!” 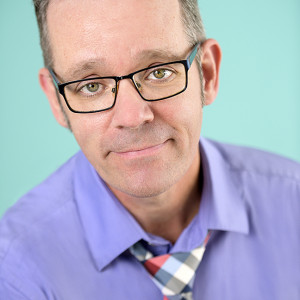 In-person availability and now Zoom-proficient! I provide clean humor for a presentation, training, party, or other corporate event that complements the event.…