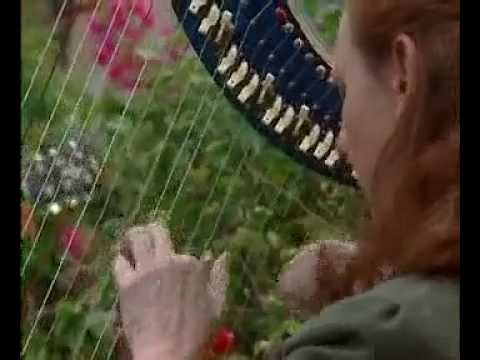 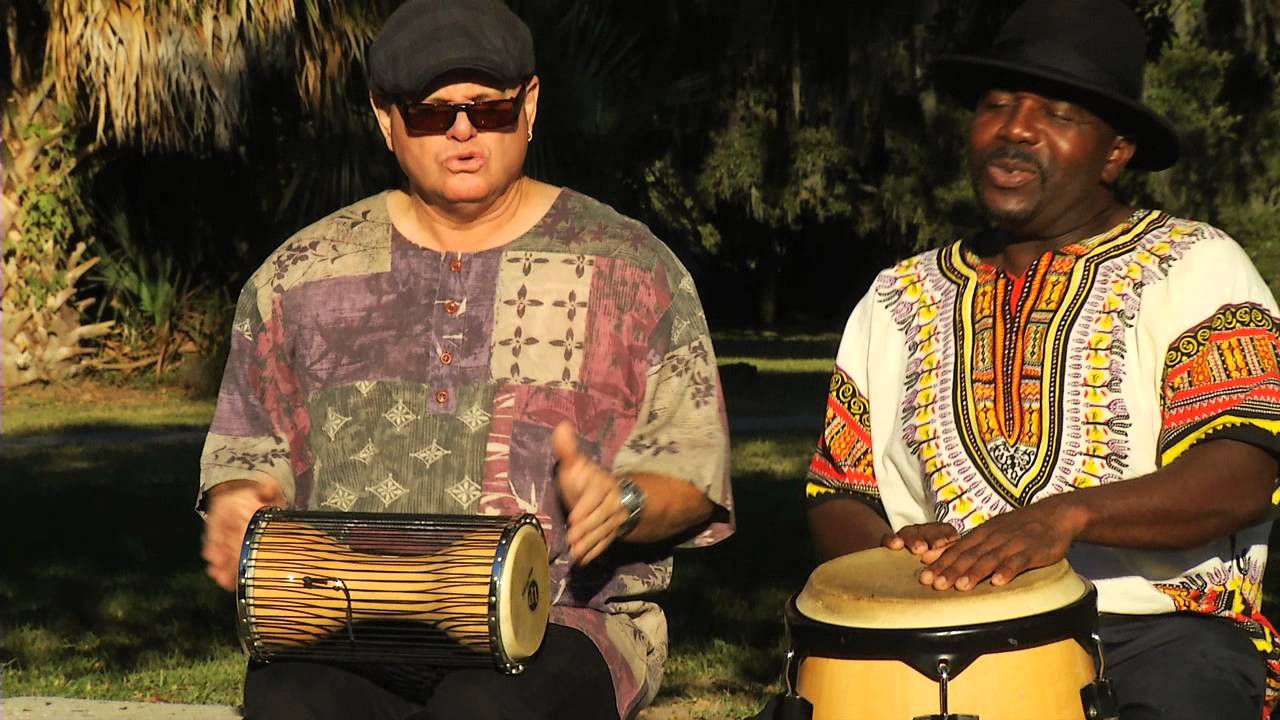 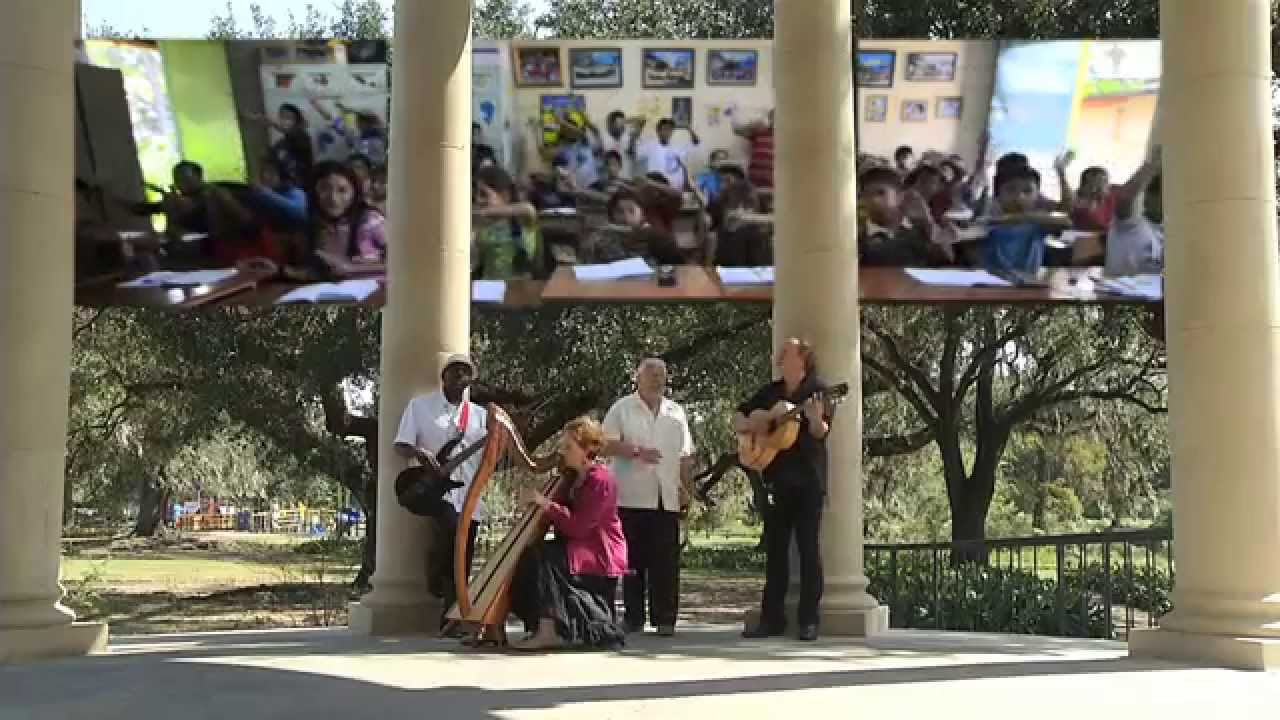 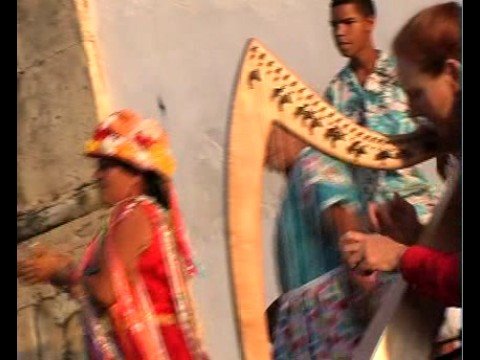 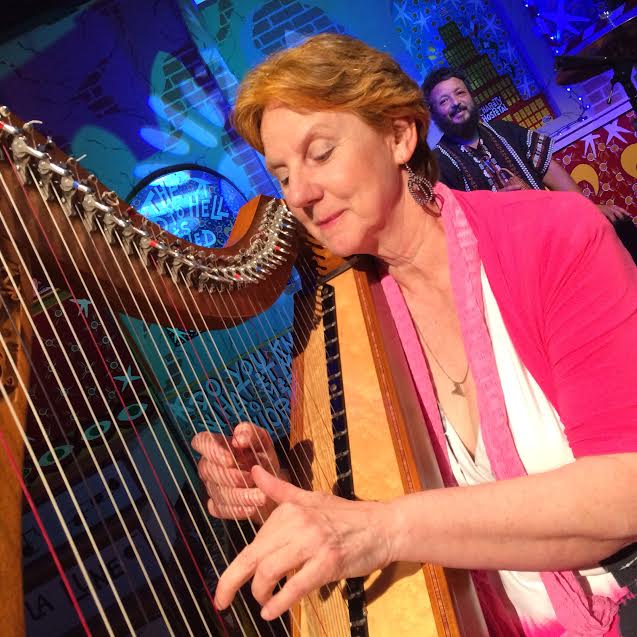 Patrice Fisher performs on News with a Twist TV program 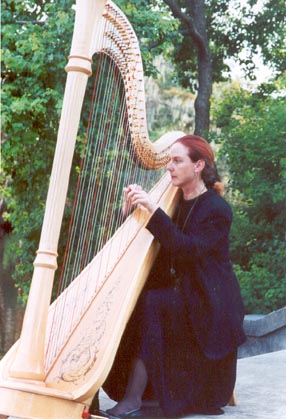 Patrice Fisher with her pedal harp 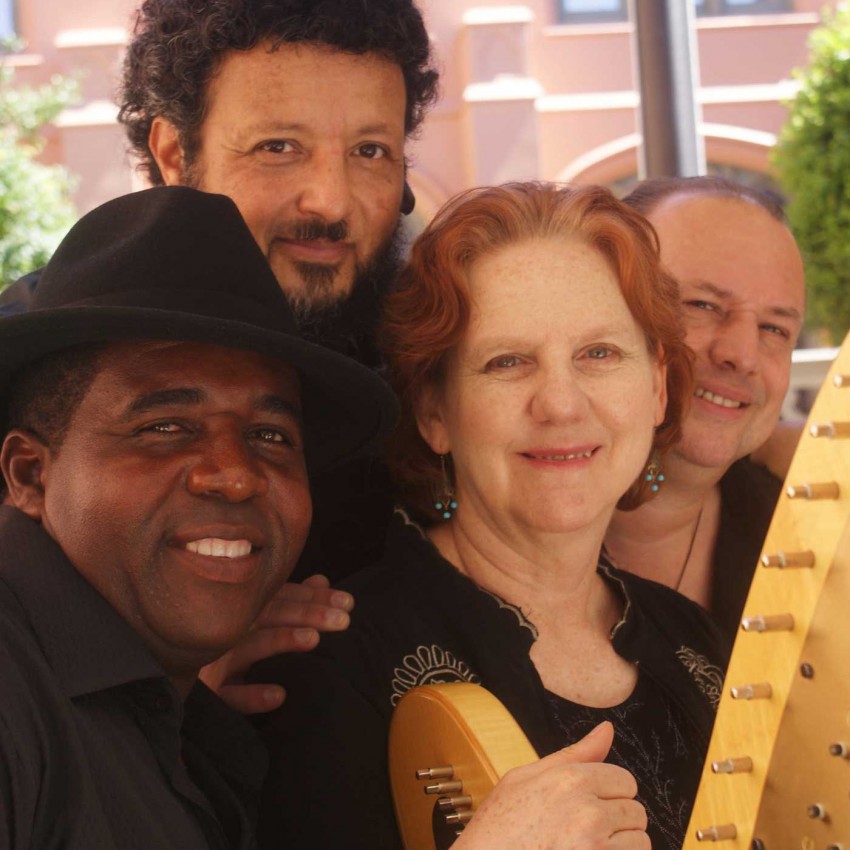 Patrice Fisher and Arpa at Bach Around the Clock Festival, Trinity Church 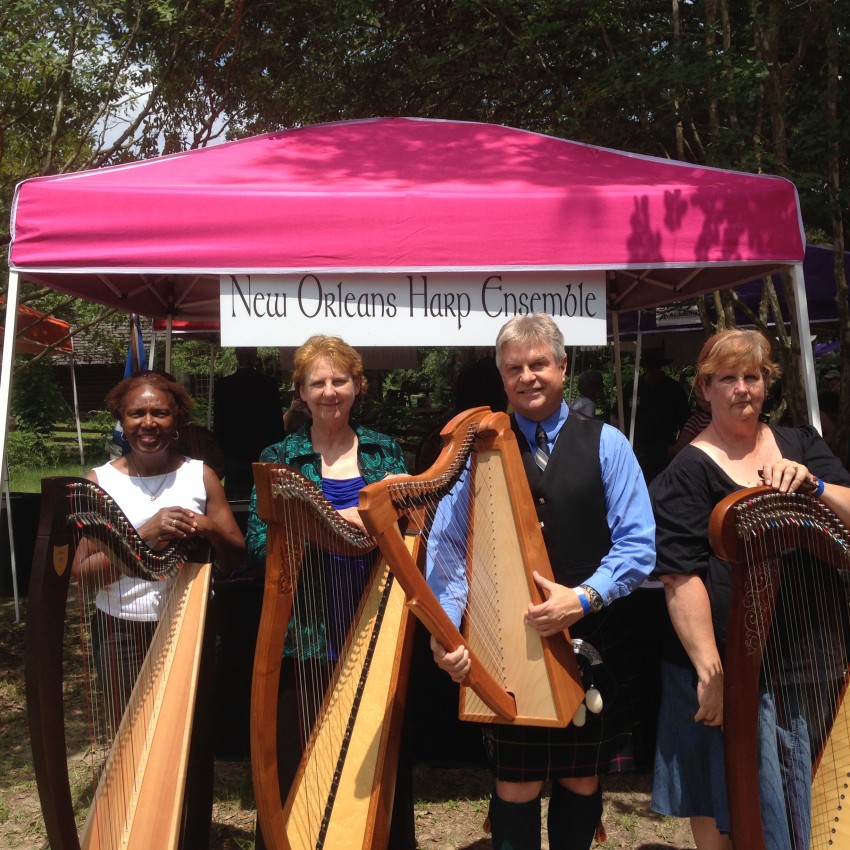 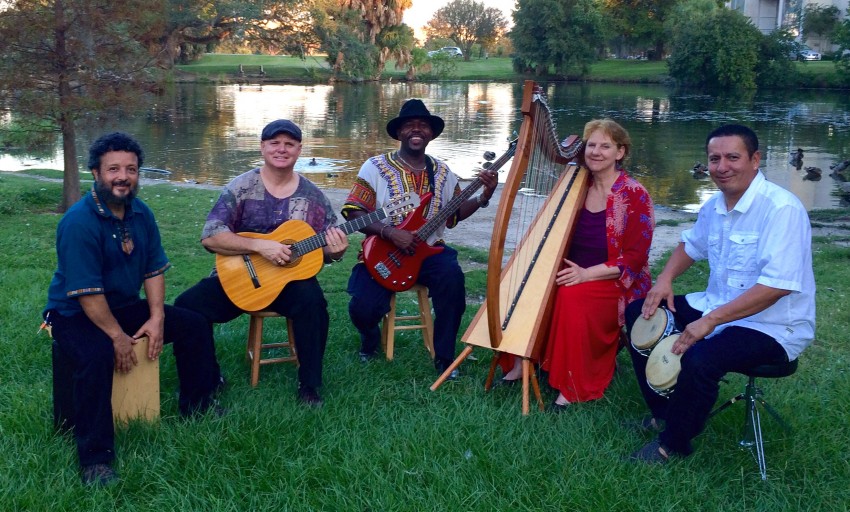 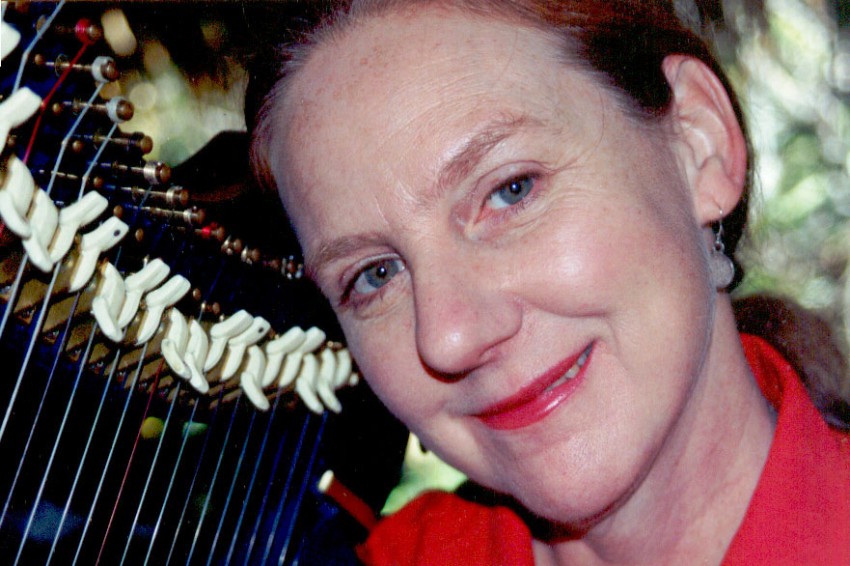 Patrice Fisher with her electric harp 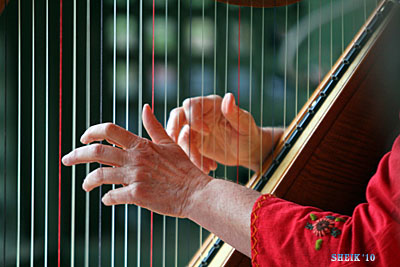 Patrice Fisher hands on the harp 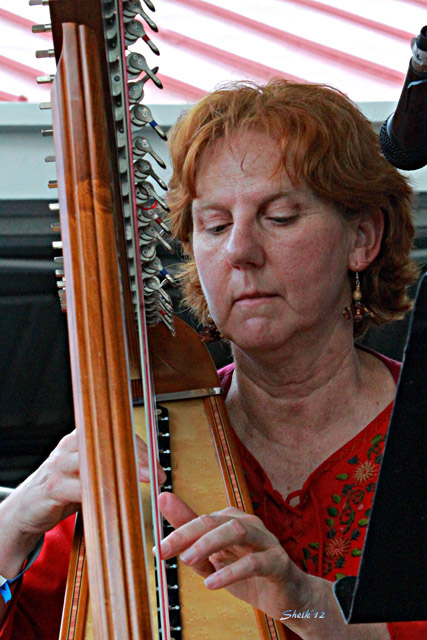 Wonderful addition to our wedding ceremony!

Patrice provided beautiful music for our wedding ceremony. She was extremely professional and organized and willing to play music outside of her repertoire. It was evident that she is an experienced wedding performer as she has a very helpful template that made it easy to select specific pieces for each part of the ceremony.

Thank you, Mallory. You had a beautiful wedding outside in the courtyard of Il Mercato! I am glad that I could be a small part of it.

We rented Patrice's harp for our wedding. She was the only one that we found who was reasonably close, willing to rent out her instrument, and priced fairly. She even delivered the harp to our venue for a very small fee. We are so grateful that we found her!

Patrice can play Classical music at your wedding or party, with solo harp, or a duo, with flute or violin. For a trio, add cello or bass. For a special entrance, you can add a trumpet to the group.

Patrice can play jazz or Latin jazz for your party, either solo harp, or a duo, with guitar. For a trio, add bass. If you want to dance, add percussion. For a special accent, add trumpet or flute.

Patrice can play Celtic music for your event (Irish, Scottish, Welsh or Breton). She is Director of the New Orleans Celtic Harp Ensemble, a group with 4 to 6 harpists, playing Celtic music.

Patrice Fisher is harpist versatile in many styles, including: Classical, Popular, Bach, Scottish, Irish, English, French, Jewish, Jazz, Traditional Jazz, Louisiana, Latin and Latin Jazz, World music, Asian, Children's music, Disney, Hymns, Italian, Welsh and Renaissance music.
She is a music graduate of Tulane University, Wolf Trap Academy for the Performing Arts in Washington, D.C. & the Creative Music Studio Jazz School in New York. She has 14 recordings of original music, including her latest CD, Sunset, featuring musicians from New Orleans, Brazil & Honduras. She has traveled throughout the world, performing at festivals, like Cancun Jazz Festival, Jambalaya Jazz Fest in Ilhabela, Brazil, & TrovaJazz Festival-Guatemala.
"Although I have a bachelor's degree in music & composition, I have always focused my work on jazz. I have worked as a professional jazz musician in Louisiana since 1975. In 1980, I saw a public television special on the music of Brazil. I traveled there & began collecting Brazilian music. I played in a group called Sounds of Brazil with musicians from Cuba & I also studied Cuban music. My studies of Cuban & Brazilian music have had a profound effect on my own compositions."
Patrice's family is of Celtic ancestry. She studied Celtic music with Irish harpists, Grainne Hambly, Janet Harbison & Maire Ni Chathasaigh , Scottish harpist, Billy Jackson, Breton harpists, Elisa Vellianiti & Cecile Corbel. She was a student of Louisiana Philharmonic Orchestra harpist, Rachel Van Voorhees. She has a large repertoire of traditional Celtic music

Latin jazz harpist & composer, Patrice Fisher, has been performing and recording her own compositions since 1980. “An unexpected delight!” raves David Fricke of Rolling Stone Magazine. Gene Scaramuzzo of Gambit newspaper says of Arpa "There are many sides to this local composer/harpist. It's not unusual to see her play a staid classical gig in the morning and a smoky music club at night. Strong rhythms form the undercurrent of her instrumental music with Arpa."

I come completely self contained, with a small amplifier. as a solo harpist.

contact us, if you have any questions about sound or lights. 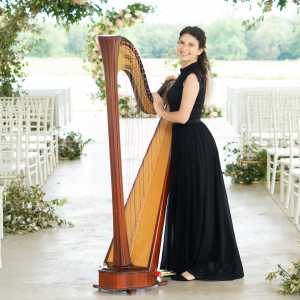 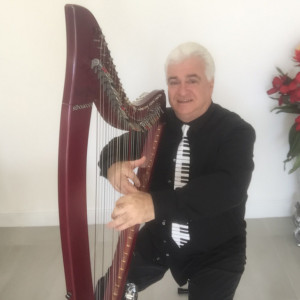 Jordan S. said “With hardly any direction and a hot beach location, Richard was able to play Feeling Hot Hot Hot, Here Comes the Sun, and Under the Sea for my wedding…”

Andrew B. said “Tiffany's presence at my marriage proposal made the event truly memorable and my (now) fiancée loved the accompaniment of a song that means a lot to both…”