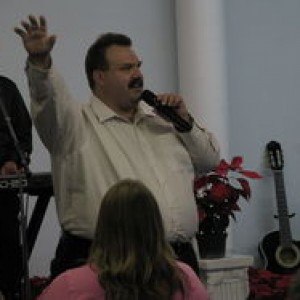 Christian Pastor and Evangelist presents on many ministry topic as well as motivational topics.

Pastor Charles is a very anointed and inspiring speaker and minister he has a special way of connecting and communicating that I have ever seen. We were blown away by the service.....Amen

On task and on topic speaking about selected events and inspired spiritually by the Word and Spirit of God.

My Personal Testimony
I was born on the Texas Gulf Coast on May 14, 1974. Raised by my parents to become a decent respectable citizen.. At the age of 12 I was saved and baptized with the Holy Spirit at Full Gospel Tabernacle in La Marque, Texas. The next years to come were not expected, I did not realize all the strife and heartache that was in my path. A lost sheep running amongst A pack of wolves is exactly what I was. When I reached 15 years old I began to rebel against God , my parents and everything that I had learned because the world seemed to have a much easier way. The bulk of my early teen years was filled with fornication, alcohol, and theft. At some times I seemed to be getting better, this meant that I would leave out one for a while and just do the other two.

At 17 years old I met my wife Michelle. She knew the Lord and all but had been pulled in and out of churches as a child and saw a hypocritical role of how to be a convenience christian. When the Lord was discussed she would cringe and not want to get into it. So for the next 10 years I pushed God out of my life. I figured that I could do it all my self... raise a family, provide, be a good husband... little did I know but that didn't work for long. Our lives were soon filled with adultery, partying, and alcohol. We also had 2 children at this time and Amanda 5 and Andy 3. There were many issues that we could not deal with but were both about as unhappy as you can get. She actually left me for several months and I was going to let it go and have my own life when one night An angelic host appeared and took my hand and told me that I was longing for my family and they would soon be returned to me then turned and left I followed but when I hit the door it was gone. A massive longing and heartache came over me. I called my wife and we talked for 6 hours it seemed more than we had in years. This night she had told me what she had been doing during our separation and I told her mine as well. That night I cried out to God in despiration "what will it take to get my family back." This was on a Saturday night and by Thursday I was on an airplane heading to where my family was.

After a few weeks that my wife and I spent picking up the pieces of our broken home God then led us to Living Stones Church in Alvin, Texas. The first Sunday that I attended there was a quickining in my spirt, and the Holy Spirit spoke to me and said Welcome Home. I did not know why but that I was where God Wanted and had intended for me to be, 5 years earlier when we left this area I swore that I would never move back here. I had worked as a production manager and audio engineer before and this is what God was using as his restoration. I was soon offered a staff position at the church as the media director. Having enough time to serve the Lord through my audio visual engineering service as well as this ministry. After being replanted in a stable church body for about a year then God began to perform more miracles in our life. We were led to a new home that we got a great deal on, we knew immediately that when all the details fell in place that it was a GOD thing. Shortly there after we were led to very young church just a few months old and God then opens the door for my wife and I to become Childrens Pastors. Then shortly afterwards I was asked to be the associate pastor of Friendswood Faith Church. I always knew there was a great calling placed on my life and the Lord is fullfilling it Step by step, from Glory to Glory. During all of this Transition a door opened for me to change jobs, the move was one where I would be earning more than double what I was making prior. My wife had been planted during all this into A Childrens Minister position and driver for a bus ministry. We also worked with our area community outreaches to spread the Good God News of Jesus Christ. After Serving for 5 years in Childrens Ministry GOD then begins the next step in his plan. He reveals to me that my next journey will be in the evangelistic field. We change churches and become part of the Northgate Family Church family and GOD starts restoring all the lost family members back to us. I begin to fulfill the call to preach to big people instead of Children and Youth. I will always minister to the children and youth but also to the adults as the Lord opens the doors for me to step through (link hidden)e time is here and I minister under the annointing of our GOD and see signs, wonders & miracles following. I am currently on staff as A Minister and Production Director of Staff and Mantle Ministries under the direction of Pastor Duncan Harrison. I have Pastored Trinity Revival Center and Faith Chapel for the last 5 years and have now moved back into the field of Evangelism.

My personal desire is to be a God Chaser and whole heartedly pursue God through his annointing and the word. Being diligent in serving God and consistent with the efforts that make Prayer, Faith and Chasing God the most important tools in the pursuit of a restored life in Jesus Christ.

Wireless Microphone, Headset or Lapel preferred, Can bring own Equipment as well as PA system and Stage if Needed for Additional Fee.

Flexible to your needs

Breonda S. said “Mr. Wayne was truly exceptional live entertainment to have at my event. Very professional and pays attention to detail. Every song I requested was played…” 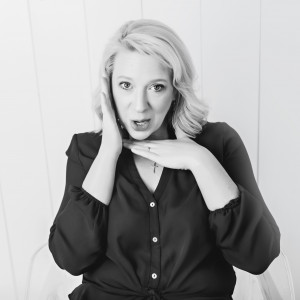 Amy B. said “Amanda did a great job at our women's ministry kick off event. There was plenty of laughter as many women resonated with the funny stories about her family.…” 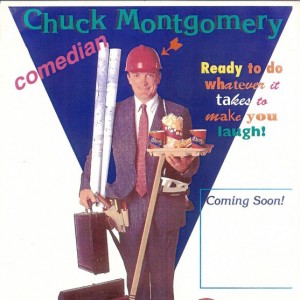 Erin S. said “He did a great job keeping the kids entertained for our Christmas party! Would recommend to a friend!”