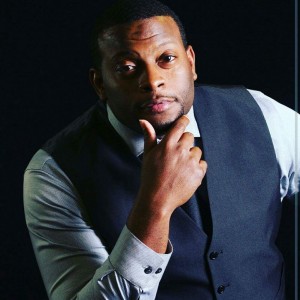 Nate Williams is a one of a kind type of entertainer. Very passionate and creative about the way he tells his jokes. Nate is always the center of attention because people just draw to him. He is a clean comedian and versatile. Using music and also impersonations of people such as Chris Tucker, Bill Clinton and other super stars. He will leave you wanting more and very laid back comedian with a story to tell. He is also a college graduate and tells the struggles of getting his degree. He has been in a few comedy competitions and winning one and making it to the finals in a few. He is well known in Arkansas and performs at Church's and Colleges in state. Nate Williams is ready for the world

Be the first to review "Nutrageous Entertainment" Nate the Comedian

Very high energy and awesome stories to tell their friends. Remembering the good,bad and also funny times of being in Middle school,high school and college. Funny relationship stories and company cook outs. Family members we all can relate too. He hits on plenty of topics that we all can love. Audience members better be ready to laugh and also get pulled into a lot of sticky situations that will have them wanting more.

The infamous Nathaniel Williams is an amazing comic with a story to tell. In the start of his career he began by hitting stages in Memphis, Fort Smith, Houston, Dallas, Mississippi, Little Rock, and North Little Rock. Although he was new on the scene, he believed in himself and his ability to make others laugh. He believes in the saying that “laughter is medicine for the soul”. He has performed at church events and college functions.

He started out on the scene in a little spot called The Loony Bin Comedy Club, where he participated in a comedy competition and made it to the finials. Although he did not win the comedy competition he knew he had the ability to win people over with his sense of humor. Nathaniel entered into another comedy competition a month later in Fort Smith, Arkansas, where comedians were eliminated or moved to the next round based on crowd participation. Nathaniel was in a room of 300 plus strangers, where he told his comedy life story on stage and was pushed all the way into the finals.

Three rounds of comedians battled for laughs but Nathaniel reigned victory over the 16 comedians and won his first comedy competition. He was also noted as a favorite to watch in Fort Smith, Arkansas. After winning and hitting more stages while getting better, Nathaniel landed a hosting opportunity at a local club for a comedian from BET’s Comic View, Mr. Doo Doo Brown entitled “Soultary Sundays”.

This was a major shift in his comedy career. Nathaniel was also given the opportunity to open for Psalmist Vicki Winans at a gospel concert held in Little Rock, Arkansas. He's also shared the stage twice with a legend of comedy Tommy Davidson, Chris Porter from "Last Comic Standing", and Robert Powell from Shaq All-Star Comedy Jam to name a few.

Just a microphone and possibly a Dj or person to work a stereo system is all.

I would say meeting Tommy Davidson,Chris Tucker and D.L. Hughley. All great comedians and true legends of the comedy world. All whom i have watched and also gave me pointers to go after my comedy career with a great attitude and hungry for more stage time.

radio if possible and a microphone