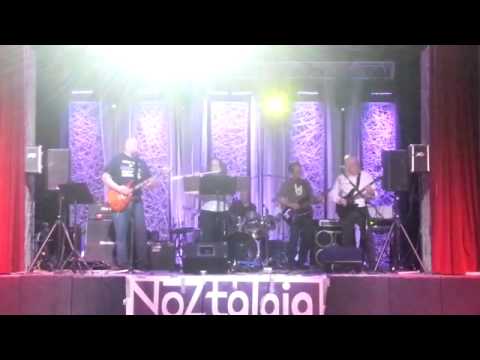 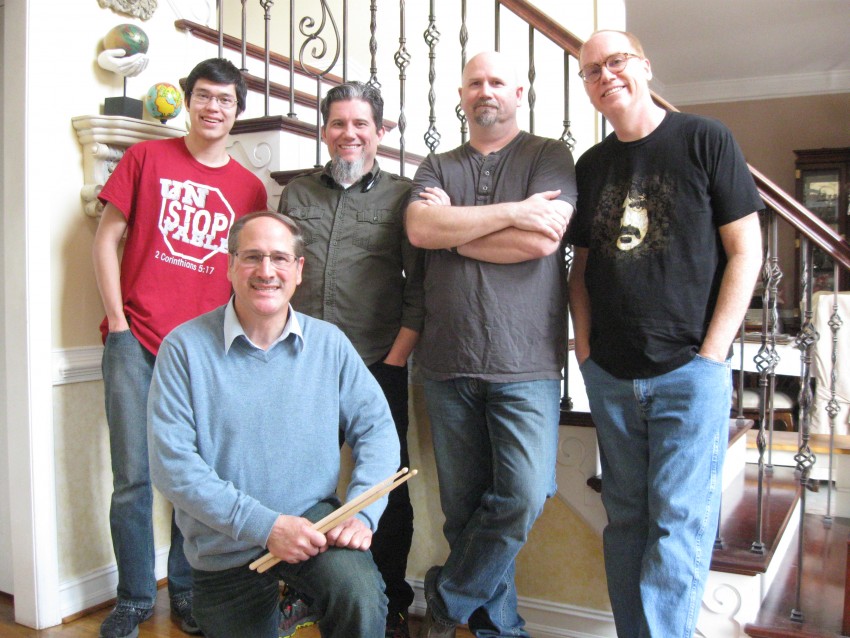 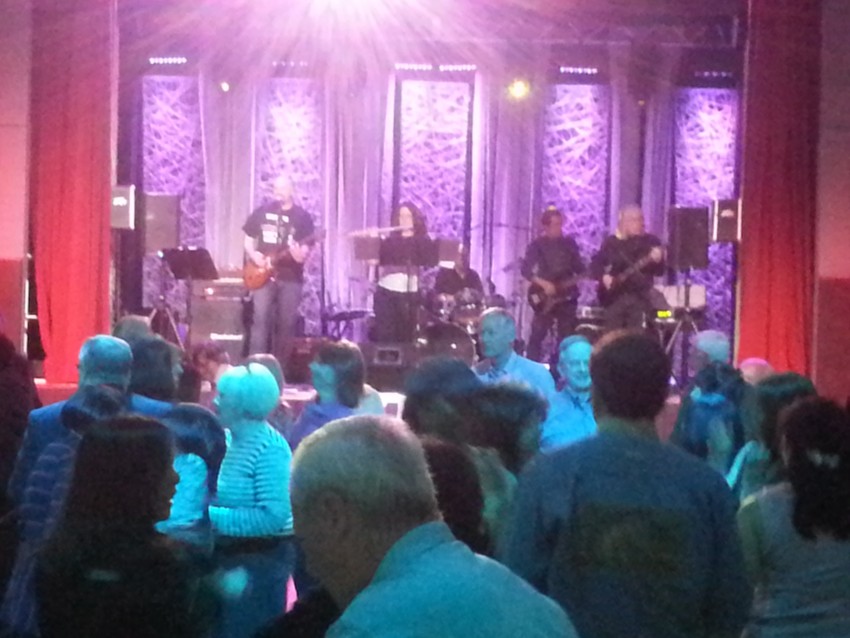 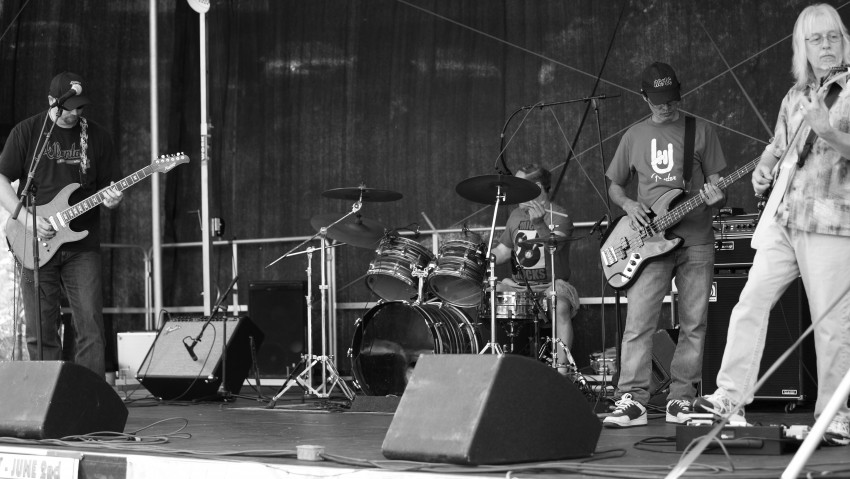 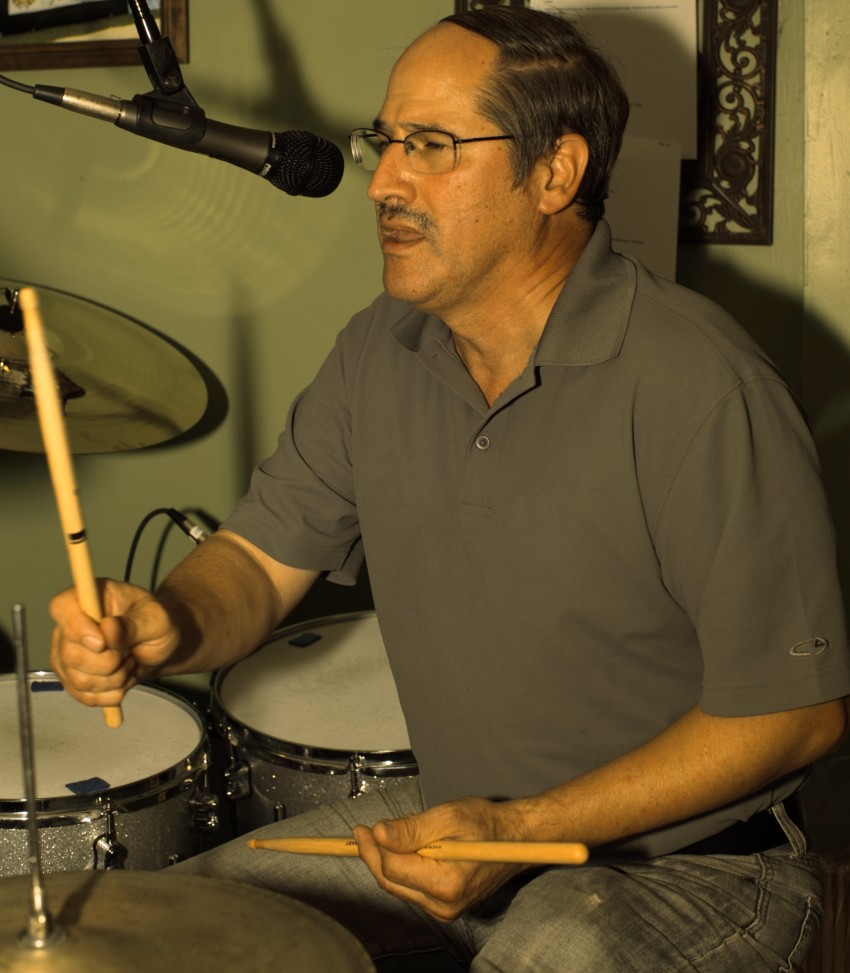 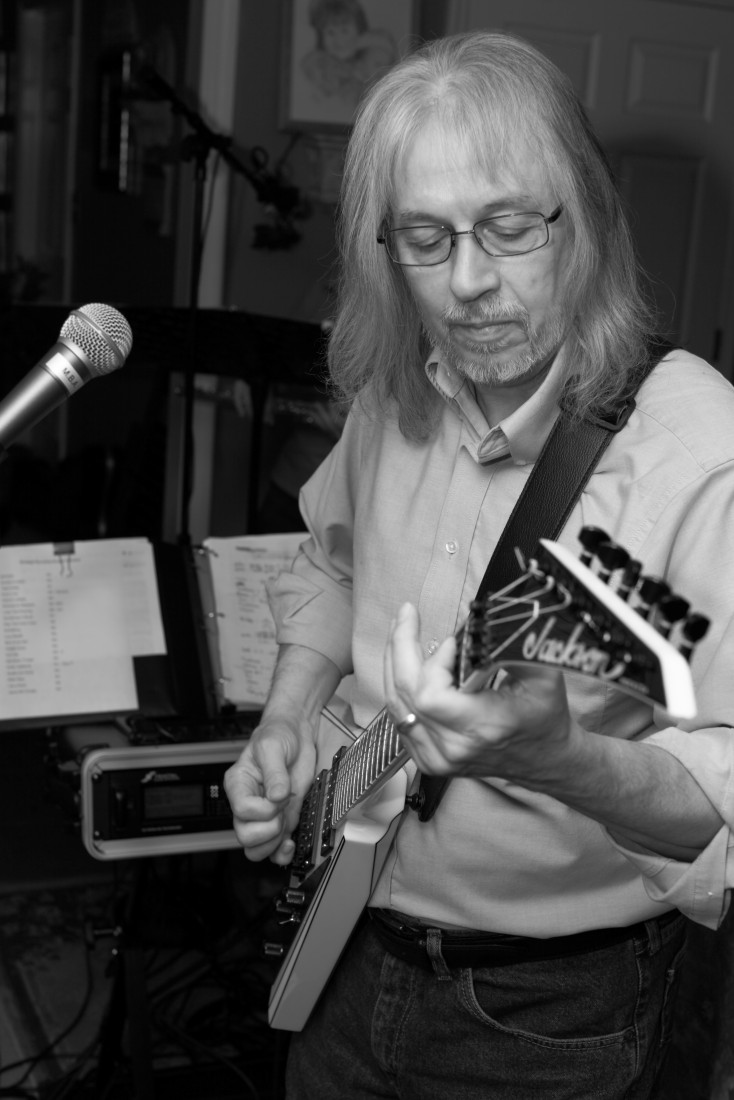 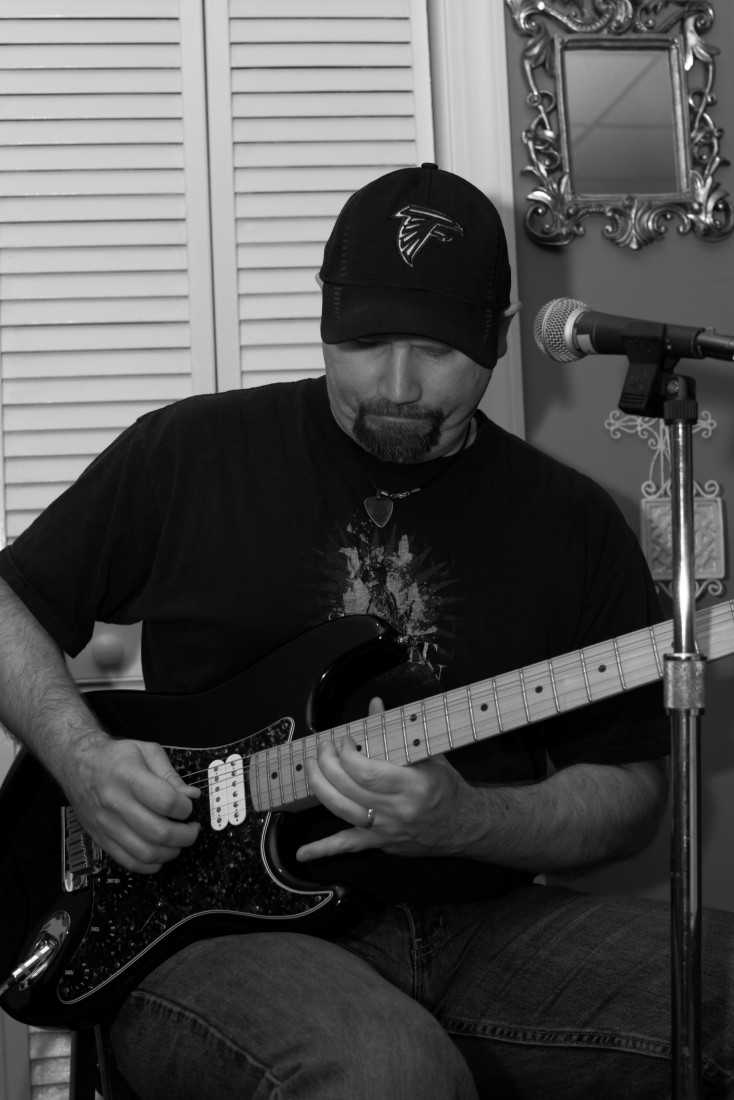 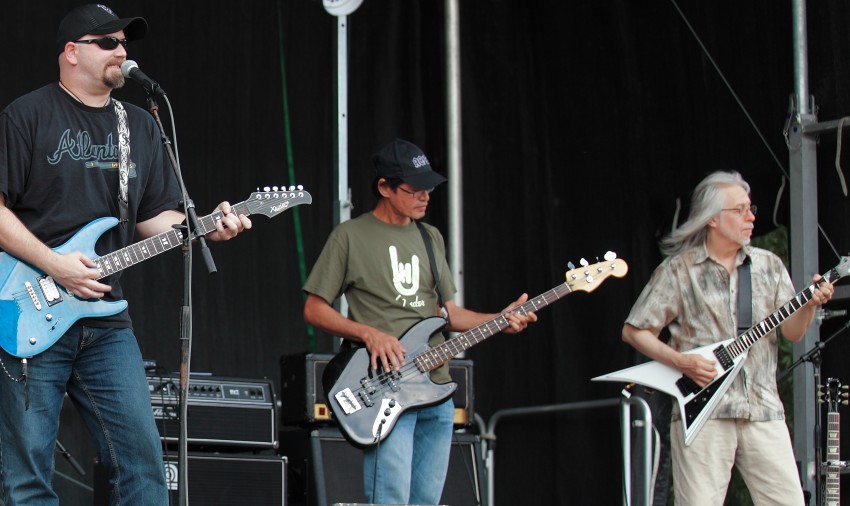 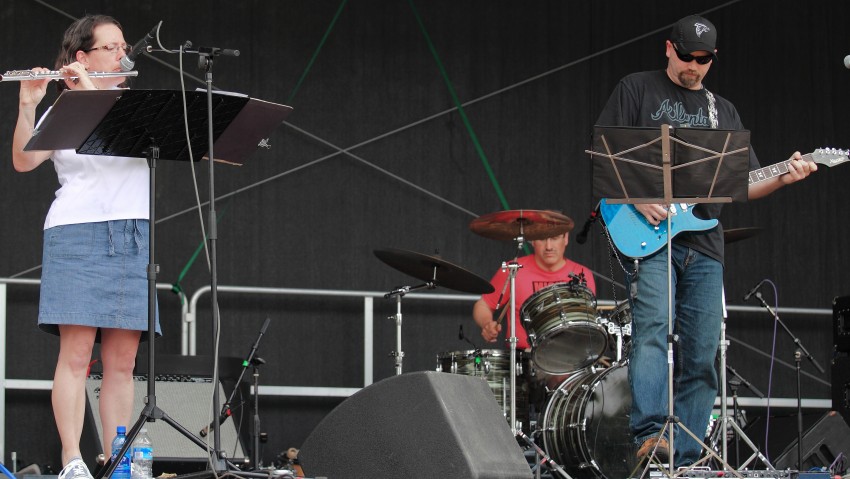 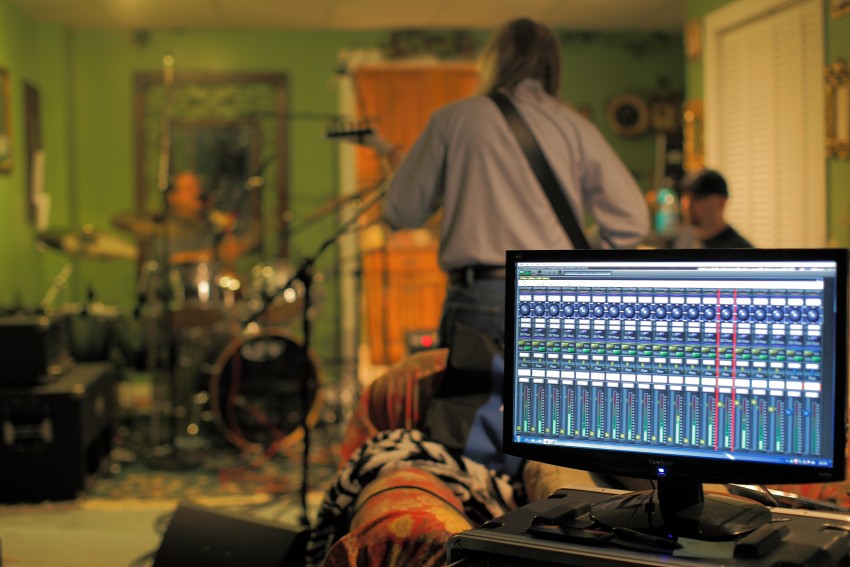 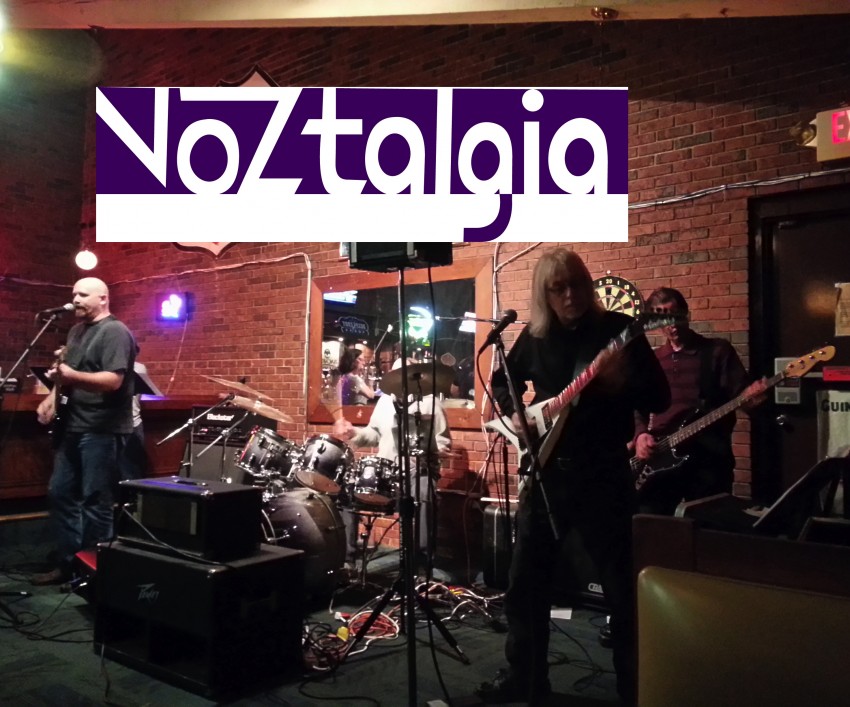 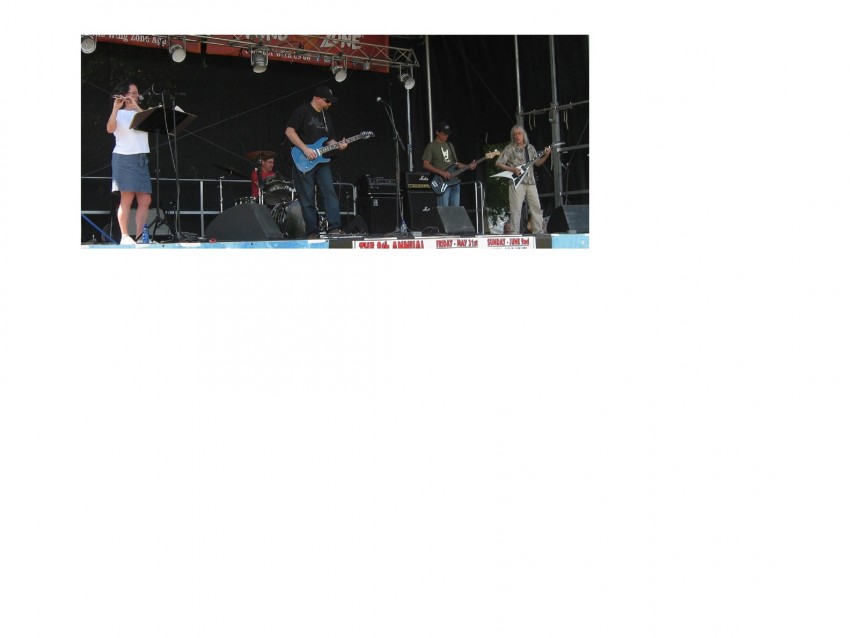 Live at Wings and Rockfest 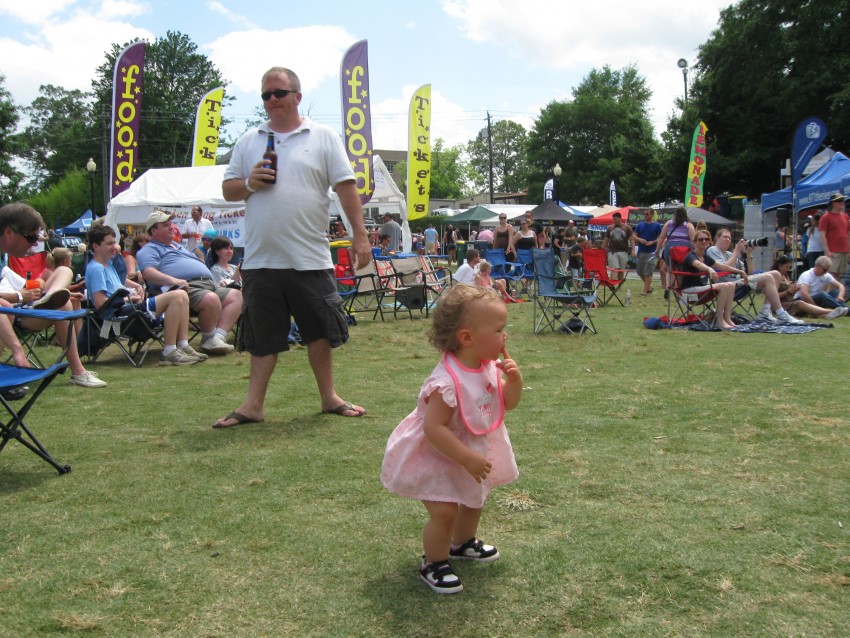 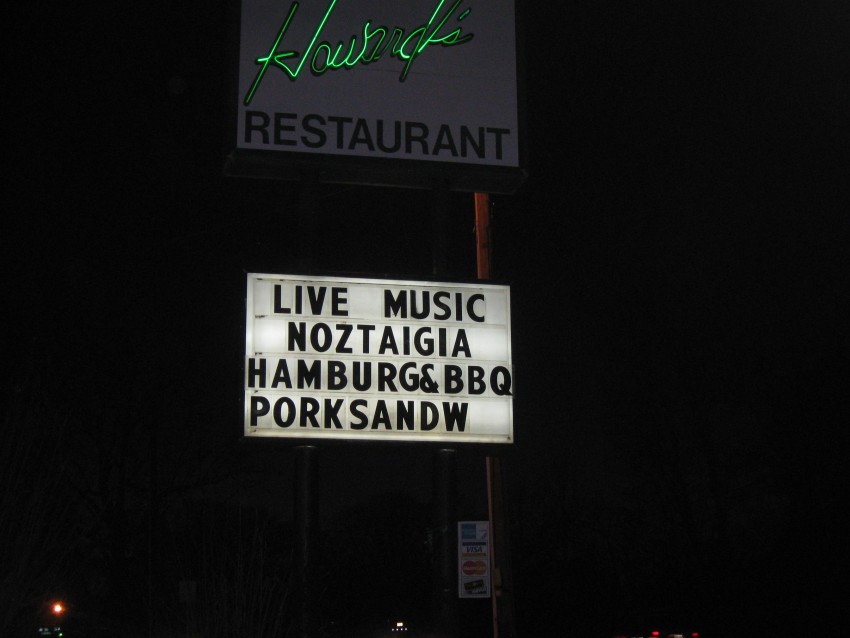 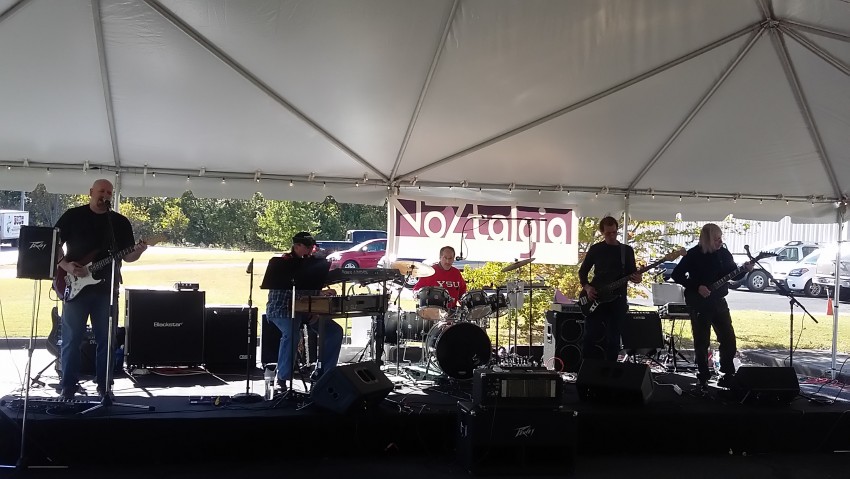 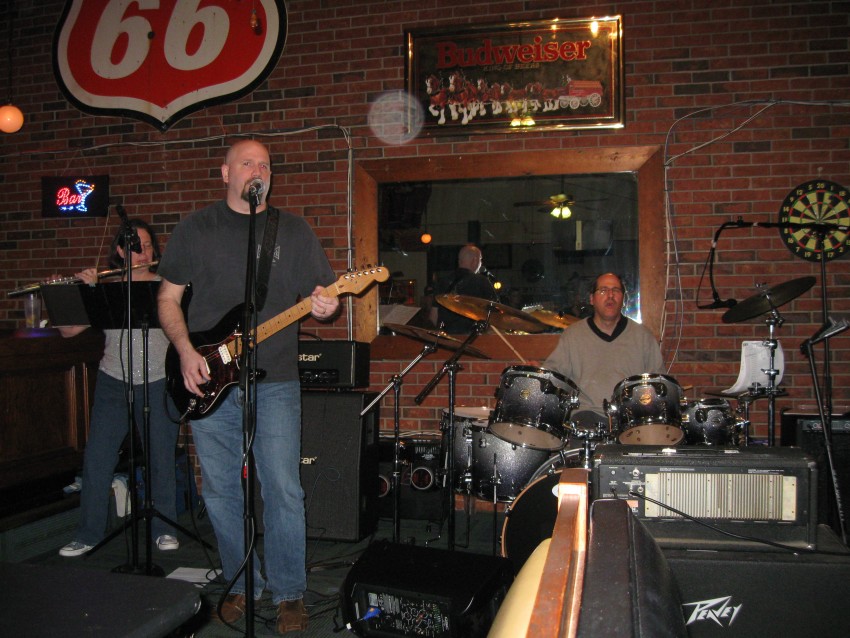 Based in North Metro Atlanta, NoZtalgia pounds out the best in Classic Rock and dance music. Two vocalists singing harmonies and their sax, flutist, and keys sets them apart.

The members' experience includes touring on the road and original CD’s with other groups. NoZtalgia also provides expertise in organizing party programs and wedding receptions--the premier focus is on the Bride,Groom, family and friends. A satisfied audience is our #1 goal.

This band was absolutely crackin at our wedding. We had SO much fun. All ages- twenties to eighties came up afterwards to say how amazing the band was. Which we cannot take credit- this was all Garry, Shon, Jeremy, and Jim. They were so lively and entertaining and even stayed an hour later (as everyone was requesting “one more song” about 15 times)! Not to mention the pure talent these guys have and how accommodating and easy to work with (no matter how many times we had to reschedule). Wish this band could be at every wedding we attend… what a hidden treasure, so glad we came across them! Thank you all again!!!

Thankyou Erika, you are so kind. Your family and friends were very accommodating which made the entire evening a memory we will never forget. Thanks again for having us. It was our pleasure.
Regards,
Garry

NoZtalgia is amazing! They were so fun and had us all singing along and dancing the entire time! They even took the time to learn one of my husband’s favorite songs, which was an awesome surprise!

From a planning perspective, Garry is incredibly professional and detail oriented. All of the decisions and details were worked out far in advance which gave me peace of mind and allowed me to focus on other aspects of the party.

Will be reaching out to NoZtalgia again for future events! Thank you NoZtalgia for making my husband’s party so fun and memorable!

Jackie, thank you for your kind words. Your friends and family were a great group of people to perform for and the enthusiasm level was incredible from the seniors to the youngest participants at your party. Thanks again so much for allowing us to be part of your husband's birthday celebration.
Sincerely
Garry @ NoZtalgia Classic Rock

NoZtalgia played for our Reunion on June 2, 2018 and we could not have been happier with their choice of music, the way they played it and the polished professionalism of the band. Garry Sinchak was a dream to work with and the band was early and set up ready to rock in a timely manner. I HIGHLY recommend this band. Each musician in the band played the songs to perfection. We were a group of about 100 and of them all, there was only positive kudos to me for having found the best possible band to play at our event. If you need a great band, call NoZtalgia. I promise you will not be disappointed.

Fantastic musical talent and a wonderful group of guys. Friendly, ease of camaraderie and great communication. Would hire them again and again....Thank you so much!

Thank you very much for allowing us to be part of that special birthday celebration. The setting, food, and attendees were awesome!

Garry and the band (I don't know all the names) truly ROCKED. We hired them to play our "Chastain Night" at our Pool/Club House. I was very impressed their musical talent. They played for 3+ hours, with a repertoire of songs from the 70's, 80's & 90's. The songs included sets from Bryan Adams, Duran Duran, Pink Floyd and Rolling Stones to name but a few. I'm already planning next years event, with Noztalgia as the band.

Aiden, we truly enjoyed performing for your enthusiastic crowd and look forward to another great Chastain Night next year. Thanks again for having us participate in your wonderful evening

Great night by the lake!

Really enjoyed this group at our party. Great music selections, and great musicians. Garry does a super job with audience interaction, and introducing the songs. We had to reschedule, and they were happy to work with us on booking a new date. We're looking forward to having them back next year!

Another Great Party with Awesome Music!!!

I have been coordinating parties for years and NoZtalgia Classic Rock is great and I would highly recommend them. This is the second time the band has played at one of our neighborhood parties. Both parties were a big success and everyone enjoyed the music. They are very good about communicating prior to the event, come early to set up and make sure all is ready when the party begins and the band members are all super nice. And most important, the music is awesome. They play a great mix of classic rock from easy listening to get down and rock dance music. So fun!!! Can’t wait until the next time I get to hear them!!

Sat. Night's fundraiser held at our church's gym was a so much fun because of the great music provided by NoZtalgia. The dance floor was packed the whole night! What a fun time. They played a great selection, weren't ear splitting and best of all, were really nice! I'd recommend them to anyone looking for great party band.

We had our Version of Chastain Night at our neighborhood, Noztagia went above expectation, every one loved the music and made every one to get up and dance.
Comunication prior the event was very fluent and clear. Great price and affordable.
NOZTALGIA is coming back to our neighbourhood.

Never Seen a Rock Band This Engaging and Captivating

When invited to go and see this band play, I was a bit reluctant as I am not much into Rock Bands, but OMG, was I in for a surprise! They were captivating! With each song, I thought, "this has to be their best," but then others only got better and better and better, as before I knew it, my planned brief stay lasted for their entire show and then I still could not leave as everyone was shouting "more, more, more!" and with my hoping they would play the entire night. What was fascinating was not just their excellence in playing, but their style! Their ability to engage the audience and to make everyone feel as if they were at a music fest or something, was beyond comparison. I then gave them my number and begged that they would text me for all their gigs as where ever they are playing, I will be. Simply, the best band I have ever heard - wow!

Classic rock band with a kick

This is not your average garage rock band. These guys are professional, have a tight sound and play with a punch. The songs sound like they should. The players are of my generation. For me, the "special parts" and harmonies of the classic rock songs I grew up with, love and listen out for are faithfully reproduced. It makes listening and dancing to NoZtalgia even more enjoyable and makes me smile to hear such detail. You can see the players enjoy it too. For example, listen out for "Locomotive Breath" - Garry, Ramon, and Mark drive a hard-charging beat, while the combination of Shon's gravelly voice and Mary's flute is amazing - just like Jethro T!! NoZtalgia rocks - thank you for making our farewell party awesome!

I got a chance to see these guys play a few months ago and had a great time. These are not young kids playing classic rock songs. These are guys that grew up on these songs and know how they should sound. They were a lot of fun to see and I hope I can see them again soon.

A customer will receive personalized service to facilitate the party they are looking to have. They will know up front what we can do so we don't disappoint anyone. NoZtalgia Classic Rock is driven at providing a quality live musical presentation, with professional musicians at a very affordable price. Our goal is to give the best overall value that money can buy. Our focus is always on the customer, not our egos. We perform with a passion. If we are playing for a restaurant or bar, our objective is give the audience a memorable night so they will want to stay and come back again. If it is a private party, we want to create an atmosphere that will be the talk of town the very next day.

If there is a private party, we are willing to help guide the customer with an overall party program. If the customer already knows what they want, we will listen and help accommodate those needs. We can even learn some songs upon request if given enough notice.

Due to the extensive DJ experience over the years, we can also offer a limited DJ service in addition to the band for an additional fee if there are some specific recordings that the audience would like to hear at their party. Those details can be worked out a head of time.

NoZtalgia Classic Rock is a 4 pcs band that plays Classic Rock and Dance songs from the late 60's, 70's and early 80's. This includes 2 lead and rhythm guitar players, drums, and bass guitar. If given time, songs may be requested for the band to learn. Customer interaction is welcome for party planning and wedding receptions. One member has facilitated over 200 wedding reception programs over the years and can guide couples to a very well organized reception. Outdoor parties, restaurant and bar, graduation and anniversary parties, Class Reunions, Christmas and New Year Eve parties are all events that we can facilitate. DJ experience is part of this band which assures music is mixed properly as well. A limited amount of DJ service can be added for an additional fee if a customer is looking for a Band and some specific recorded music to facilitate the party.

NoZtalgia Classic Rock members are made up of some life long musicians.

Lead guitar and Vocals - Shon Harp
Shon Harp plays lead and rhythm guitar and provides lead and backup vocals. He also plays bass in the successful heavy metal group Ender’s Game, who have several original CDs published, and guitar in yet another heavy band. Shon teaches guitar, bass, drums, and piano at the North Fulton School of Music in addition to his corporate career.

Lead Guitar Jim Crossley
Grew up in Savannah, GA in a fairly musical family. Been playing for almost 40 years, everything from Abba to Zappa, mostly self-taught, learned by watching Hee Haw and trying to replicate the jingles on TV commercials. Played in a number of Funk/Rock/Party bands while attending Georgia Tech in the 80's. Then wife/job/kids happened. Kids are grown now, so out playing again, with both Noztalgia and another blues/rock band.

Bass and Vocals- Jeremy Harrison
The least tenured member of NoZtalgia, Jeremy Harrison brings his bass and diverse musical background to the band. Originally from Spruce Pine , NC he’s a true “band nerd”: he started playing trumpet in the 5th grade and continued on in the high school marching band, concert band, jazz band, stage band, pep band, hat band and orchestra. Finding his way to bass, he joined the always-underpaid-never-overplayed cover band “the Scrubs”. He wisely gravitated toward being a thrash bassist in the mid 80’s playiong for such legendary bands as: Red Eye, Crazy Ivan, Blunt, and Volatile. In the decades since Volatile’s last show, Jeremy has turned into an IT nerd. Jeremy lives in McDonough, GA with his son, two birds, a cat, and a fish.

We need to have a fairly flat surface to play on and electricity fairly close to where we are playing. Please advise if we need to bring any lighting ahead of time.

Prefer roof over head in case it rains