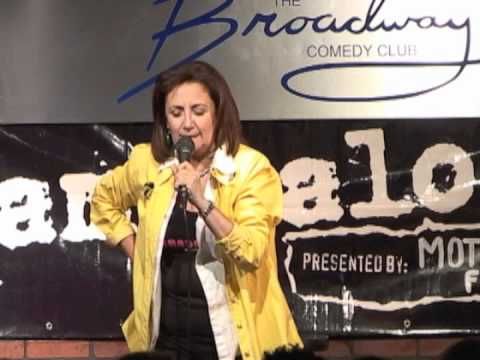 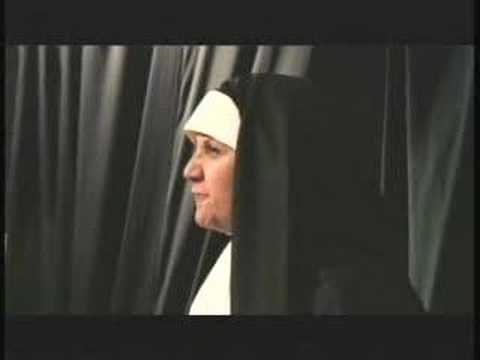 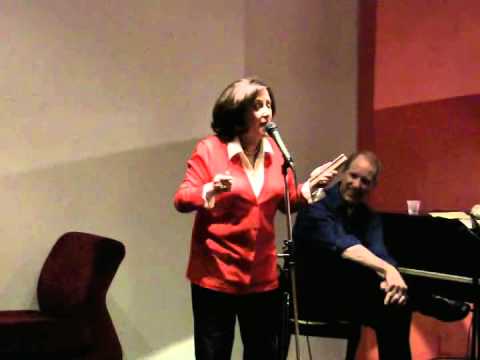 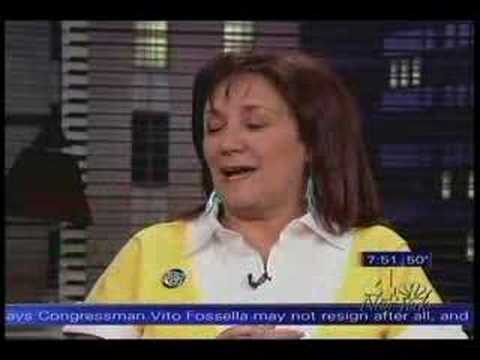 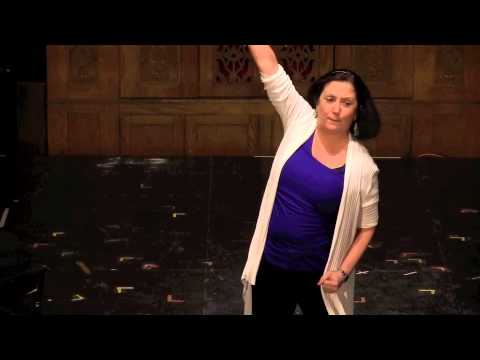 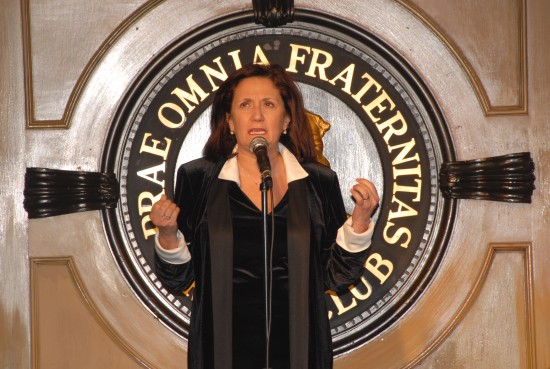 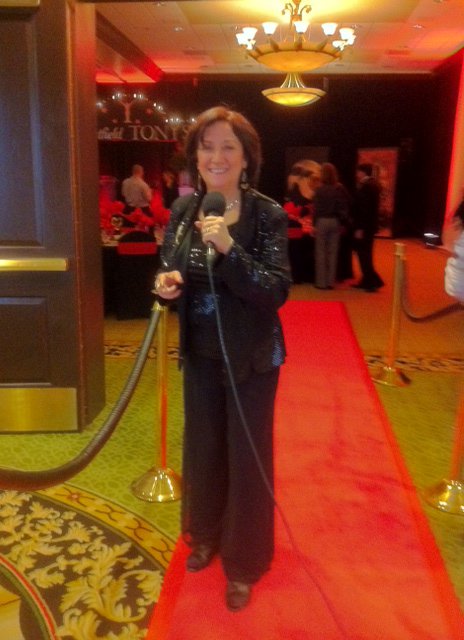 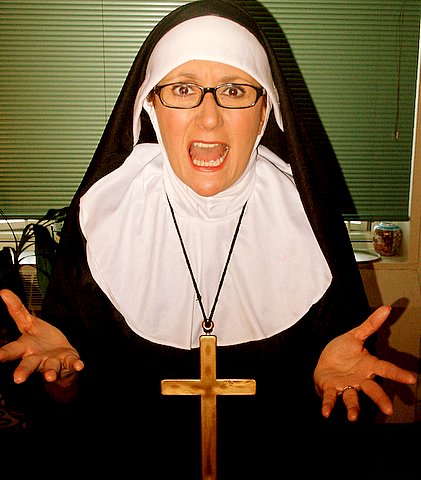 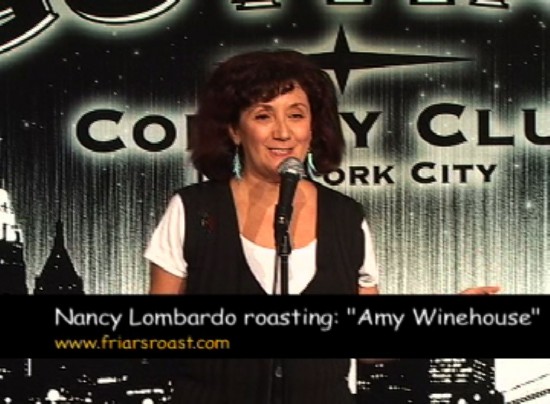 FINALIST IN fRIARS SO YOU THINK YOU CAN ROAST CONTEST 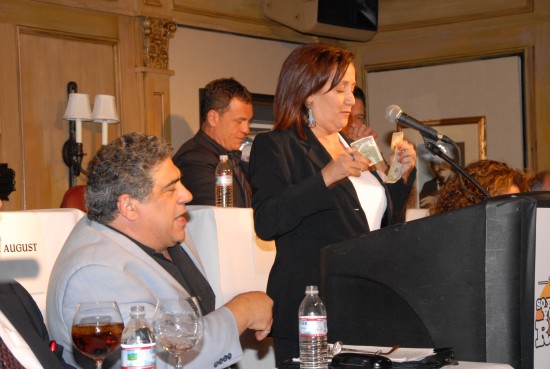 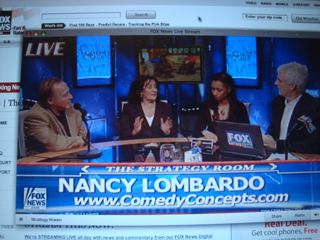 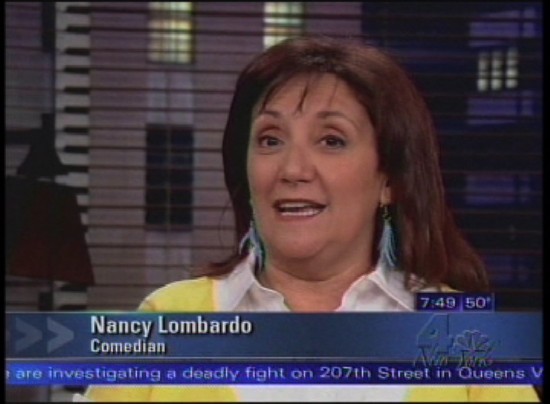 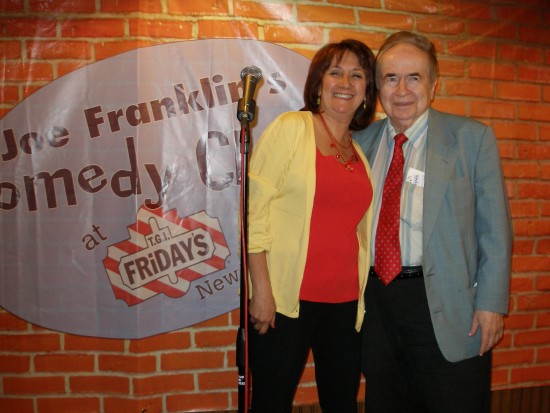 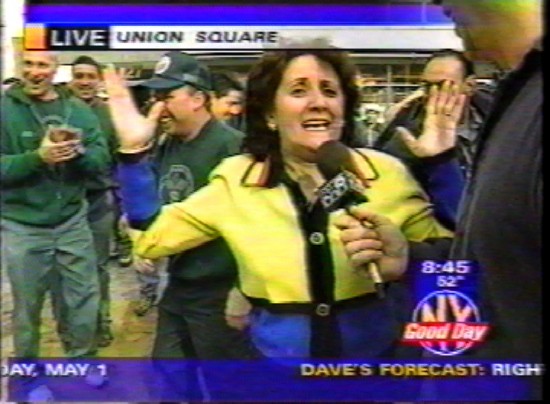 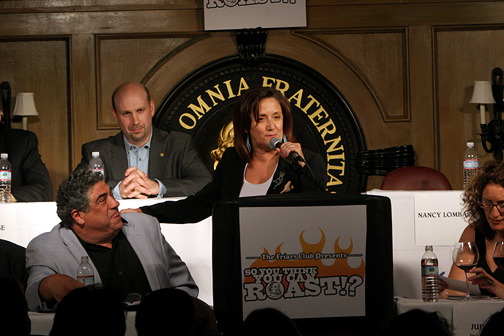 Nancy Lombardo is comedy plus. Presenting her stand up in dialogue, jokes and song parodies. A must see act. TV credits, The Colin Quinn Show NBC, Saturday Night Live,All My Children, House of Buggin, PBS, Comedy Tonight, Nickelodeon and the Comedy Channel, Currently seen on The Nancy Lombardo show channel 56/84/34 in NYC and live worldwide on the internet (link hidden) Lifestyle channel. She is also the host of Comedy Concepts Blog Talk Radio. Nancy is the creator of "MOMEDY", A clean show featuring fun mom comics. Ideal for fund raisers, benefits, PTA or corporate events. Nancy can also tailor her show to your events. Nancy is also a member of the esteemed Friars Club.

We booked Nancy as a surprise at my niece's bridal shower. Not only was she really really funny, but a complete professional as well. Arrived on time and got the laughs rolling right away. Hope to have another party soon so I can hire her again!! Thank you Nancy!!!!

Showers of laughter and happiness

Booked Nancy for my daughter's bridal shower. She showed up in advance of her scheduled performance with ample time to set up and was completely ready without the bride ever knowing she was there. Surprise pulled off without a hitch!
She was very funny, incorporated my guests thoughts and facts about my daughter into her act and seemed to genuinely enjoy performing for us. I'm so happy that I booked her and will be keeping her info for future parties. Would not hesitate to recommend her. Thank you Nancy for a very fun and enjoyable time!

Nancy was Great. She was professional in every aspect. She showed up on time,
entertained every one with comedy and music. She left the audience feeling great.
When she was done with the show she talked to the mothers, took pictures and answered questions. Thank you for making our Mothers Day Brunch a success.

Life of the party

Thank you so much! Everyone loved you. You are on every one of those kids' snap chat feeds lol
Awesome job! So tailored for Amber and including almost every one there. Perfect. We loved it!!!! THANK YOU!!!!!!

Nancy you were a pissa !! you kept the whole room laughing and in great spirits- everyone has been calling and telling us what a great time they had and how much they enjoyed you !!

Thank You that was a great group of people

Nancy was fabulous to work with! We arranged a surprise appearance with Nancy playing the character of a funny nun! She asked for a thorough background on my mother's life story and turned into a personal act of revisiting the highlights and milestones! Nancy also managed to tell many hilarious jokes, got the audience to sing and engaged in roasting my mother! Unforgettable time!

We hired Nancy for our holiday party at the Friars Club. We wanted to add a little fun and flair to our party. Nancy was just the medicine our party needed. She was not just funny, but she was hysterical!!! She got right in with the staff members, that no one wasn't laughing to the point of tears. I recommend Nancy for any event. She has every type of personality up her sleeve, and you never know, which one she will pull out when!!

Nancy made our annual Ladies Tennis Dinner a night of cackling and fun with her refreshing sense of humor and uplifting spirit. The feedback from all the tennis ladies at the dinner was positive!

We all loved Nancy's performance and laughed the entire night.
I would definitly hire her again!

Nancy Lombardo provided our non profit organization with a very funny and personal act. She is professional and charming. We received so many positive comments from the audience. She did a great job and we thank her.

We recently hired Nancy to perform at our New Moms Group Reunion. Without missing a beat she provided the comedy relief new parents could appreciate. She was a true professional, talented, easy to work but most of all adaptable. She was very willing to meet our needs and was so understanding. Thank you Nancy!

Nancy is all around talent.

I've known Nancy Lombardo for many years and have hired her numerous times to do my Comedy show events, for hosting and for private parties. The last show she worked for me she was voted best comic of the night! She always does a fantastic job and is easy to work with. If you are looking for funny act with songs as well, Nancy is your girl.

Funny and So Much More!

Nancy Lombardo is one funny lady! I've seen her perform a number of times and she is a crowd pleaser. Audiences love her: her great sense of humor, wonderful singing voice, and high spirits. She is professional and always willing to go the extra mile to make the performance a success. She is also a pleasure to work with.

I hired Nancy to perform at my sister's bridal shower this past Saturday. She was amazing. She had the whole room laughing hysterically. She put a lot of work into the show. We emailed each other constantly during the days leading up to the event so that she could gather details and information about the bride to be. She then seamlessly weaved these little facts and details into her show. She was professional, on time and reasonably priced. I look forward to working with Nancy again.

Nancy Lombardo has opened the International MAMAPALOOZA Festival in NYC for 9 years running. She's funny, fabulous and thousands of families show up each year to hear what she's going to say next!

Commercial booking I hired Nancy for

Whenever I have a client that does not have money for a casting and needs a spot on funny actress I call Nancy. Over the years, I have booked her without doing a casting. The client was always happy !
She is professional, funny, and very directable.
Michele Pulice Casting, NYC

Nancy did a comedy performance for a bridal shower and had all of the guests roaring with laughter. Everyone loved the show--especially the bride-to-be.

We hired Nancy to perform at a surprise birthday party. Not only did she make ALL guests laugh, the birthday girl stated that Nancy's entertainment made the party the best 30th birthday she could ever wish for! Nancy was a pleasure to work with prior to the event. She is very detail oriented and an amazing communicator. Most impressively, she took the time to memorize countless details about the guests and weaved these seamlessly into her performance. Nancy is a top notch entertainer whom I would highly recommend hiring!

What a top talent! Funny, charming, engaging! Nancy was exceptional as the host and entertainer at a night at the Friars Club. She wowed a crowd of top entertainers themselves! She makes you laugh, smile and feel good. Her original material is so creative, she leaves you amazed, energized and appreciative of Nancy and of life!

I've had the pleasure of working with and for Nancy Lombardo. She has always approached her work with true professionalism and class. Not to mention she is one very funny and talented lady.

Nancy Lombardo is a ONE OF A KIND performer!

I have had the privilege of being entertained by Nancy Lombardo several times. She is hilarious, distinctive and uber-talented! The characters, songs and voices she creates are unmatched. Nancy is positively addictive! Her audiences are never disappointed.

Nancy Lombardo Is My Secret for Success

Nancy brings great professionalism to my events and adds value to my company providing expertise in writing, media liaison and celebrity coordinator.

I have also had the opportunity to see Nancy perform her standup and theater and she's terrific.

Nancy Lombardo is a class act!

Nancy Lombardo is hilarious every time I have seen her. She has quirky characters that nobody does and everyone loves. She is unique and connects with her audience regardless of how huge the crowd is.

As a performer I'm all about making it a fun and memorable event!

WHAT CRITICS ARE SAYING ABOUT NANCY LOMBARDO!

"101st Congress of Unnatural Acts…Nancy Lombardo, a gifted impressionist whose riffs of Sally Struthers, Gracie Allen, Kate Hepburn and others click into each other to form an extremely funny necklace of vibrato-voiced characters." … John Michael Koroly, Fringe Propaganda

“The Jazz Housewife (comedian Nancy Lombardo) was one of my favorite performers, with her incongruous up-ending of the quotidian.”… Jon Wettingfeld, The Music Paper

“Nancy Lombardo raises our laughter quotient (and perhaps a few eyebrows) She steps far over the boundaries of what some might consider good taste, but the world she enters is one of pure comedy”.
Martin Schaeffer, New York Native

Nun Lust…"Nancy Lombardo and Ed Karvoski Jr. Give new meaning to the phrase fallen Catholic with their musical comedy review…More fun than CCD and not one collection basket." Time Out New York

“Lombardo has so much energy and zest it’s impossible not to like her.” …Bob Harrington, New York Post

“Nancy Lombardo is an exceptionally talented actress, comedian and charmer. (Her) quick comebacks and creative repartee explore new comedy frontiers.” … Entertainment, N.Y.
“These hearty souls put on one hell of a show…..that not only put me more at ease but actually had me laughing and feeling pretty good by the end. I’d like to make a special mention of one particular comedian, Nancy Lombardo, who was engaging both on and off the stage.” ……(link hidden)

“The First Amendment introduced me to the formidable talents of Nancy Lombardo, One of the most agile performers I’ve seen… Able to ape any dialect … Nancy Lombardo is amusing.” East Village eye

“Be on the positive lookout for Nancy Lombardo” … New York Post

“Cracked me up and no better mom to sing it than the one singing! Nancy Lombardo is a master at this - creating incredibly funny songs that moms can relate to. I saw her at Momedy in NYC.” (link hidden)

THE NANCY LOMBARDO TEAM BUILDING IMPROVISATIONAL COMEDY WORKSHOP:
No matter what your profession who doesn’t wish they were quicker on their feet.  Nancy’s special approach to performance level improvisation and comedy will have even beginners thinking they are pros. Sharpen your confidence skills by starting with the theatrical fun basics. Through fun games and actual theater exercises. Nancy will improve your posture, voice and trusting your instincts and before you know it you’ll be standing out instead of just standing up in public. Ideal for corporate or private events. All levels welcome.

Everyone knows how stressful corporate seminars can be. So why not let Nancy Lombardo loosen up your team with a fake corporate make over.  She’ll arrive as a (fake) Motivational Speaker, author of numerous books and TV appearance’s.
In 30 minutes she’ll have your team improvising, learning the proper way to sit and rise from a chair and singing the blues. While utilizing real and not so real theater techniques. With finale of group singing the corporate blues. A creative approach and a great surprise when they find out it have all been in!

ADDITIONAL COST IF I PROVIDE MY OWN MIC AND SOUND SYSTEM