Hey, I'm David. I can provide all of your music needs for your special event in the greater Chicago area! I am a trained solo violinist and viola player and I am also part a professional string quartet. Feel free to contact me to see if I would be a good fit for your event. Weddings, parties, music lessons, anything else, I can do it all! I look forward to working with you!

So talented
Thank you for your service

I asked David to play some songs for my sister for her birthday. He was so kind to accommodate the request even on a short notice.
He came on time even though he got some car trouble. Thanks for Ubber! You ace all the songs David! You made my sister happy!
We will hire David in the future!

David was a wonderful addition to our party!

We had an easy and smooth time having David play at our themed birthday party. He was communicative, responsive, and flexible. He also arrived on time and had no problem implementing our requests. He was very professional and is a gifted performer. I would definitely hire David again. He brought a unique touch of class to our party that our guests appreciated. He mixed classical and contemporary styles and played at a nice volume. I have zero complaints.

He did a memorial mass for my Dad. He was wonderful!

We had David play at our wedding and he was amazing. Very professional, good communication through out the process and a great violinist. I would recommend him.

What a wonderful evening!!

I hired David for my Birthday party. It was an absolutely enchanting experience. He communicated ongoing before the event. Got my song list, worked with me to have a beautiful song list. He showed up on time and played the most incredible violin music. So many guests commented on how beautiful it was and how talented he was. He also has a great sense of humor and was fun to work with. Thanks David!! Will definitely use your services again and recommend.

Would use again! very talented and very professional

David came in to do some recordings for a violin app we were building. He came on time, with enthusiasm and played beautifully. Great guy to work with and easy going

I Will Not Hire David Again

I agreed to hire David to perform at an event and volunteered to pay for his parking. At the event, I gave a speech to a group of attendees. After that speech (and prior to the end of the event), David was nowhere to be found. I have never once written a negative review on any service that I have ever used, but this one is worth writing because David threatened me (two days later) with respect to his $16 downtown parking fee (which I was always willing to give and would have given him immediately were we able to locate him).

I would not hire David again for that reason alone.

On top of that, I was underwhelmed by his performance. He spent a considerable amount of time looking at his phone or notes in between musical selections.

I hope that David will refrain from threatening customers in the future.

I'm very sorry you weren't satisfied with my performance on Thursday night! I am however a bit confused about your frustration in regards to me leaving when I did. At the time of the booking, we agreed that my contracted playing time was between 5:30 and 7:30pm. At 7:30 I played for about 8 more minutes, finishing my current song set, at which point I called and texted you asking if I were still needed, and received no response. I waited around until 7:45, 15 minutes after my contracted time had ended, still with no response. At this point I thought my services were finished. Nobody had informed me that there would be a speech or that I was still expected to stay at the party well past 7:30. I in fact didn't hear from you again until 2 days later, after asking you for the parking reimbursement a second time, still with no response. I mentioned that if you didn't reimbursement me for the parking fee I would report this to GigSalad as a service not rendered, and I no longer expect that you will honor our agreement regarding said parking fee. I was unaware that I was expected to stay well past my contracted end time in order to earn my parking reimbursement.

I'm so sorry that there was such a misunderstanding regarding the time commitment. Had you asked me to stay a little longer, I would have continued playing as long as I was needed. I would never leave any performance before my contracted end time! I will definitely be more careful with these details in future contracts and I hope you have a more pleasant experience with another musician at your next event. All the best to you!

David was the violinist for our wedding in September. He communicated well and played the song I requested for the processional beautifully. Thank you David.

So David came to play for a pretty challenging audience. He was very interested in finding out exactly what we were looking for, and went out of his way to get music out of his usual repertoire to fit the event. I told him we were doing a summer camp in December theme and needed a lot of pop tunes (which wasn't on the original order) and he procured some popular music scores for the gig. Very kind guy who is easy to work with.

Music for Any Occassion (aka, David), was just right for our occassion - a family funeral and reception afterward. He was punctual, professional, and handled the whole thing perfectly. Thank you, David.

David played for us at luxury brokers open downtown. It was an indoor event for 2 1/2 hrs. He is a skilled muscian and a pleasure to work with! He arrived on time and ready to go! Don't miss out on this talent! Thank you so much for all your help!

David did an amazing job playing for my marriage proposal. He gave me a reasonable quote and went above and beyond the expected! He was able to play the exact song I wanted, which by the way sounded perfect. He was also very flexible with everything and was able to work around my needs for my engagement to work out great. He was on time and did an a awesome job! Personally I would recommend him to anyone.

Thank you Music for any occasion for being so accommodating! They were willing to practice with me ahead of time because I had a custom project. And they sounded great! 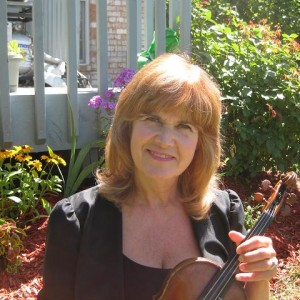 Lauren S. said “We asked Vicki to play for our father's memorial service. We had one piece of music in mind, but she was very willing to play all of the other hymns as…”

Amaris B. said “Was really impressed with Rachael's performance. She added that unique special wow factor we were looking for at our event. She's easy to work with, was…” 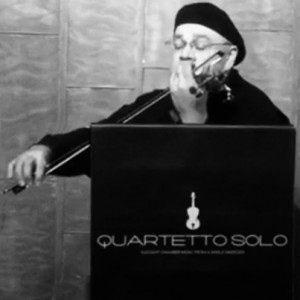 Marina K. said “We really enjoyed Adrian's performance. The sound was great, the approach is very different. It was an amazing show. Thank you!”