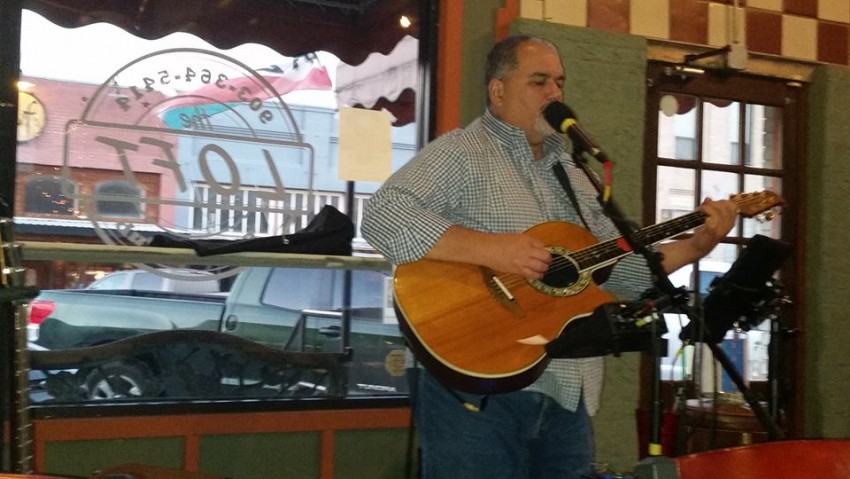 I've been playing and singing for as long as I can remember.

In my teens I, as nearly everyone did back then, played in a garage band, with the usual results: As we just started to get better, we got side tracked by girls and things were never the same again.

Life intervened and 30 years later I’m back at it.

I am a solo performer. I sing and play guitar sometimes with backing tracks to fill in the missing instruments.

I’m nothing if not a child of my times.
My set lists are full of songs by:
The Beatles
Neil Young
CSNY
Lynyrd Skynyrd
Van Morrison
Santana
Paul Simon
Jimmy Buffett
Willie Nelson
Eagles
BB King
Clapton
and

I booked Mike for a pizza venue in Whitewright, Tx and they just loved him there! His classic rock choices fit the atmosphere and clientele perfectly and they couldn't wait to have him back!

Thanks so much Meia! I'm looking forward to my show there on August 8th.

As a solo artist, I sing and play guitar. I usually include a Drum, Bass guitar and harmony vocal backing track so that you get a a band experience for much less money.
I provide all sound equipment for small to medium rooms/halls with adequate sound to fill any bar. I can provide minimal lighting or effects. (Two Spots and a multi-color array).

My performance is a good mix of upbeat, rock music (No metal) and quiet classic rock songs (think Bill Withers (Ain't No Sunshine) to Steppenwolf ( Born to Be Wild) and everything in between from: Beatles, Rolling Stones, Marshall Tucker, CCR, Pure Prairie League, Petty, Clapton, Eagles REM and more.

I’ve been making music, playing and singing for as long as I can remember.
When I was 5 my parents tried to get me to learn the accordion. I hated it and fought it, but something must have stuck, because I learned to love music.
In my teens I, as nearly everyone did back then, played in a garage band with the usual results: As we just started to get better, we got side tracked by girls... Things were never the same again.
Life, career & family intervened and now later I’m back at it playing classics from artists from The Beatles to Willie Nelson.
I’m nothing if not a child of my times.

All I need is one electrical outlet.

Gina G. said “Riley was perfect for our event. Great mix of Holiday music and some rock. Great guy as well.”

Kristin S. said “You can’t go wrong hiring Justin for your event. So many guests complimented the music and the song choices. Justin was an absolute pleasure to work…”