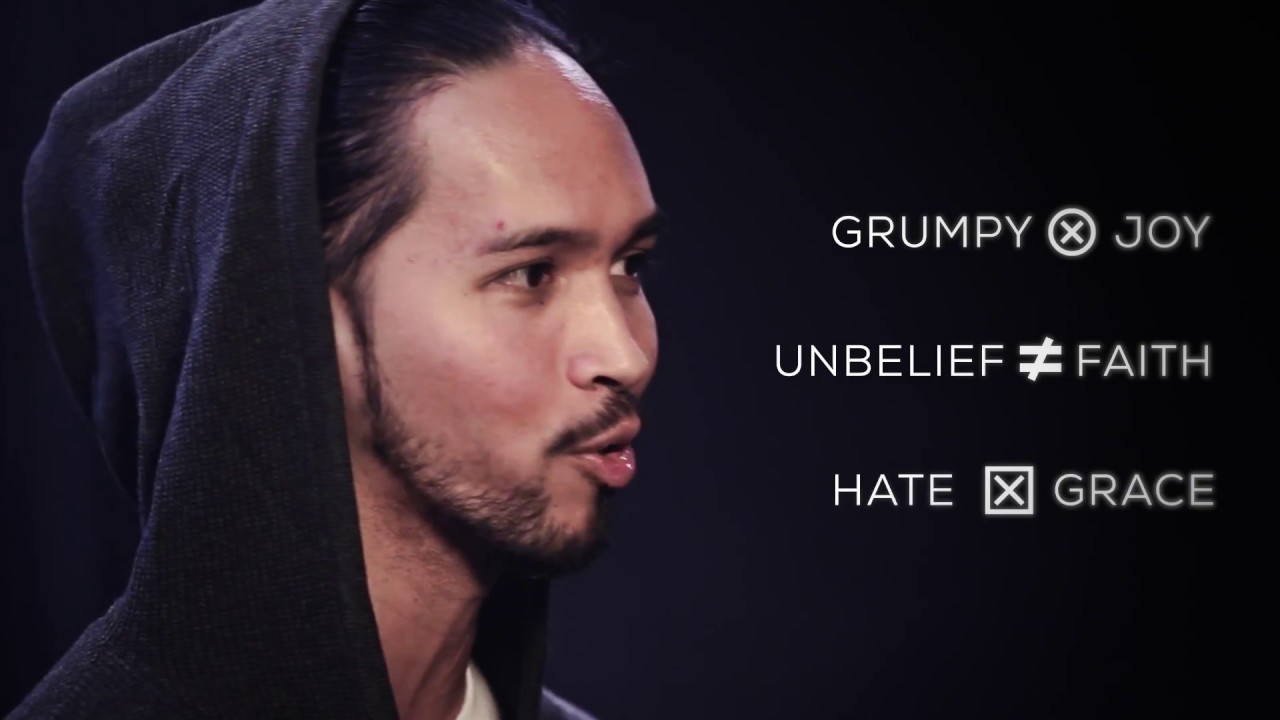 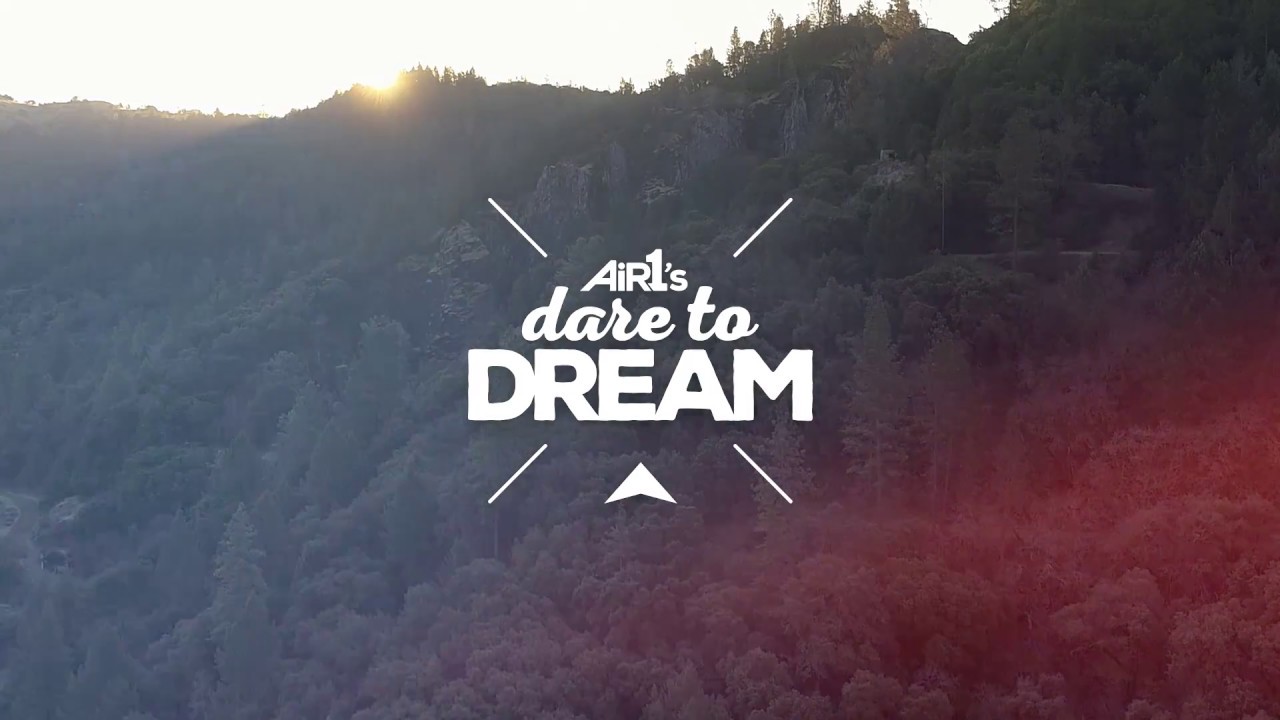 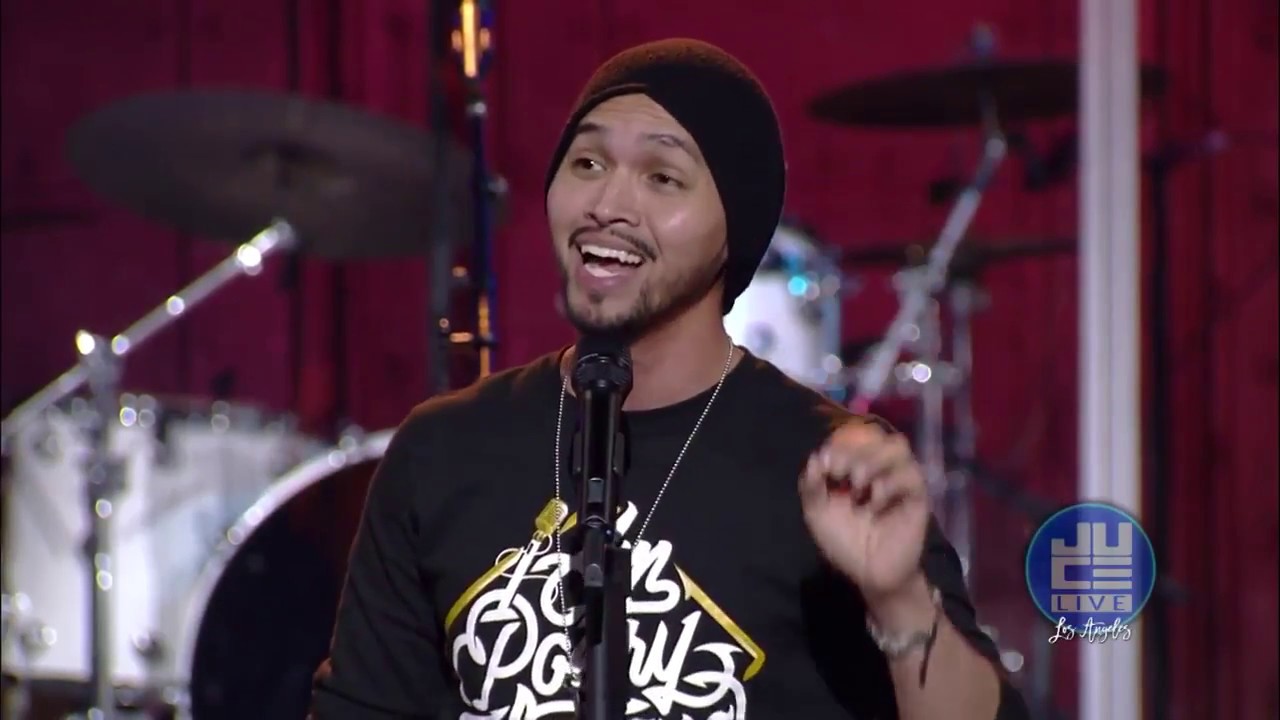 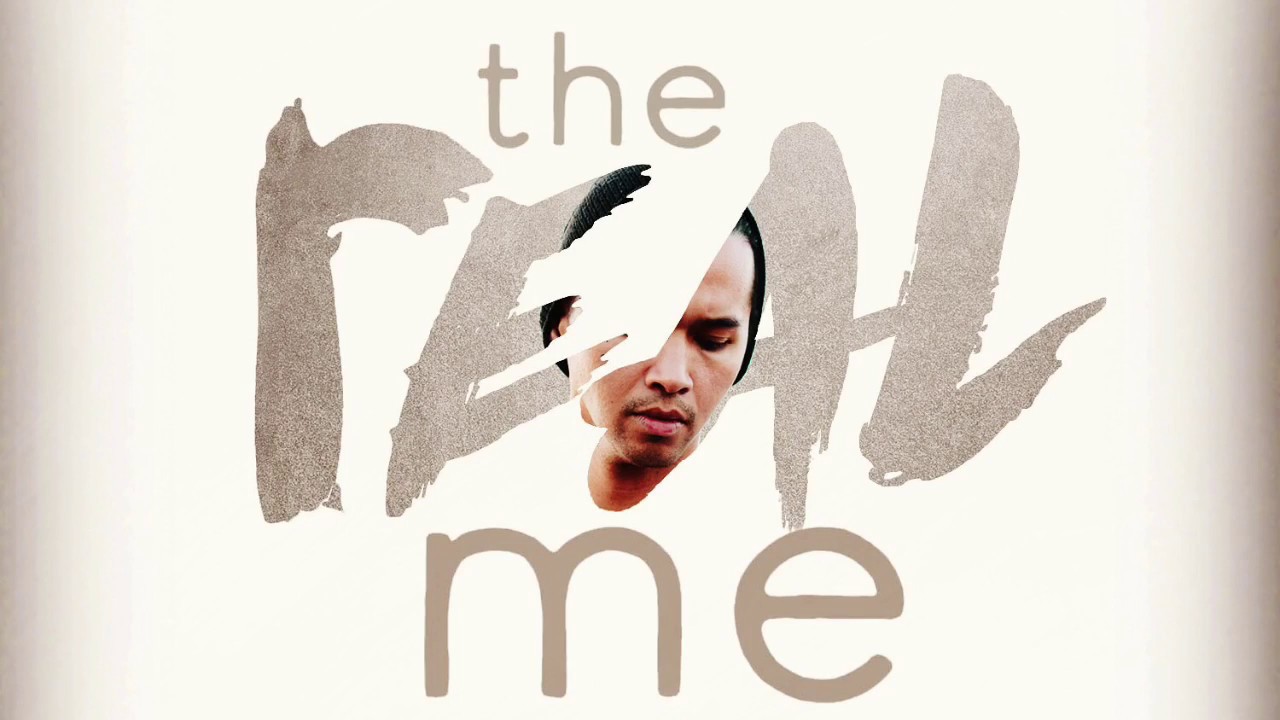 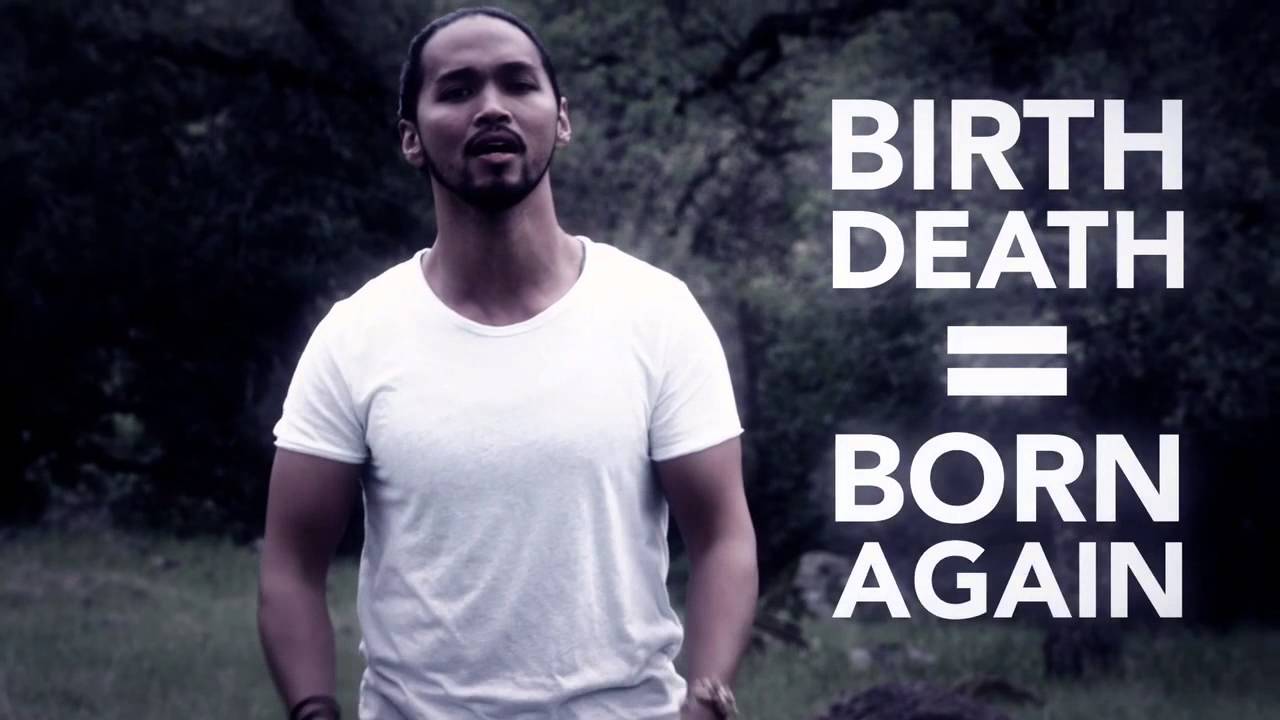 Rose: The Gospel in 5 Minutes 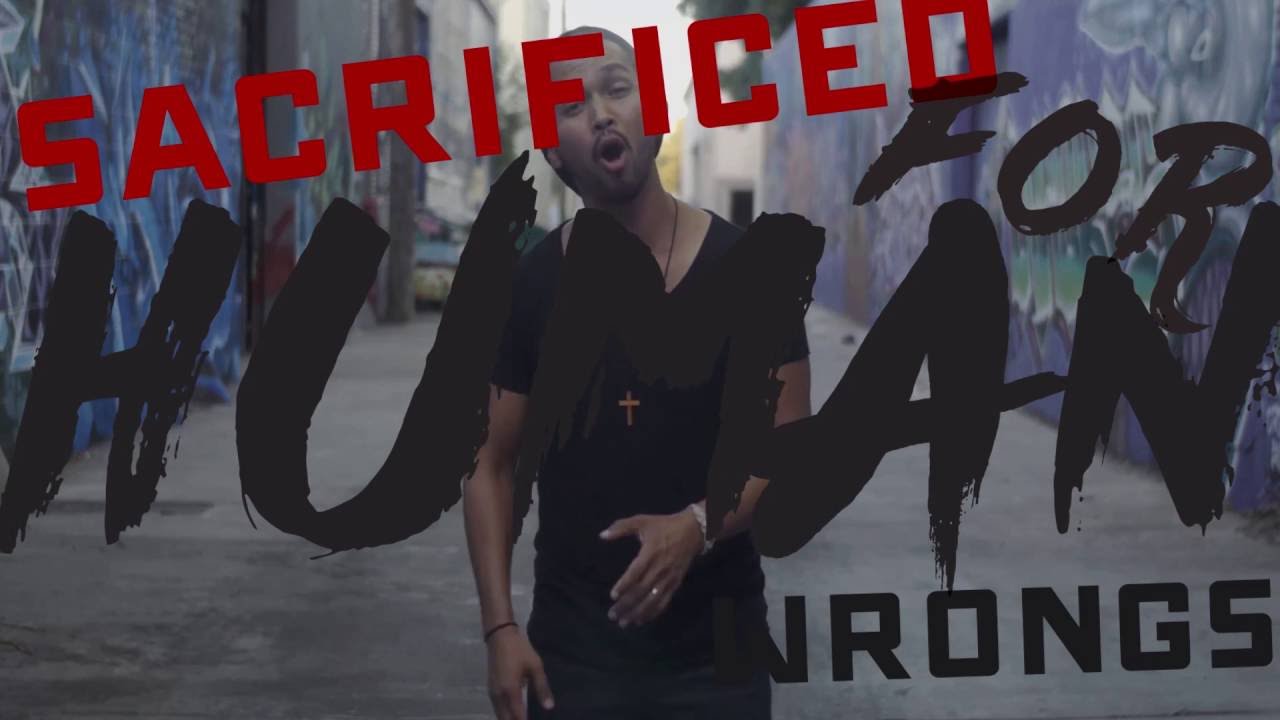 The Real Me
Mark J. The Poet 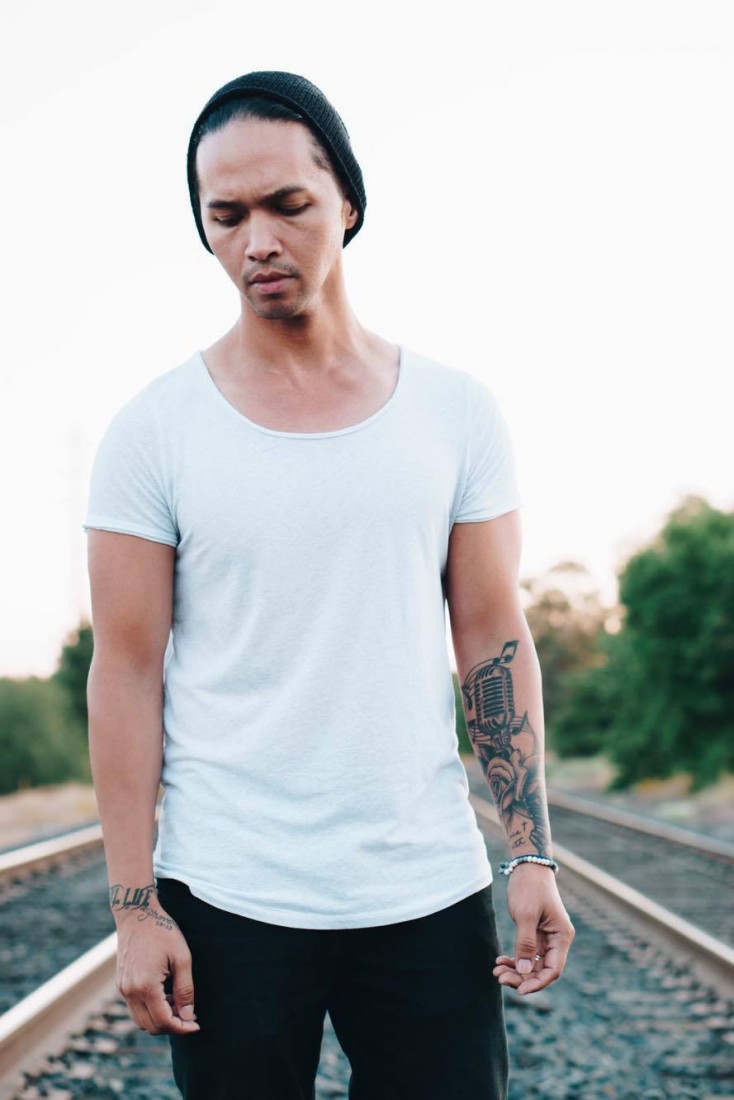 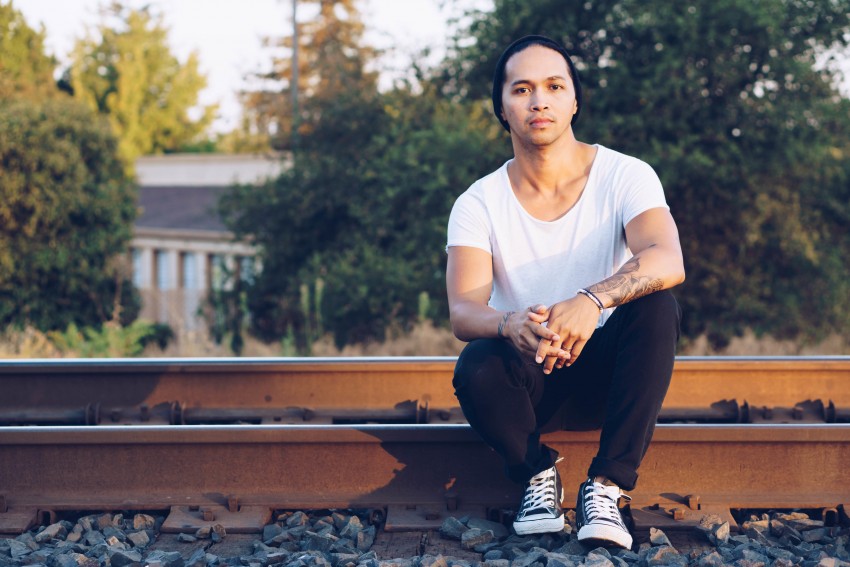 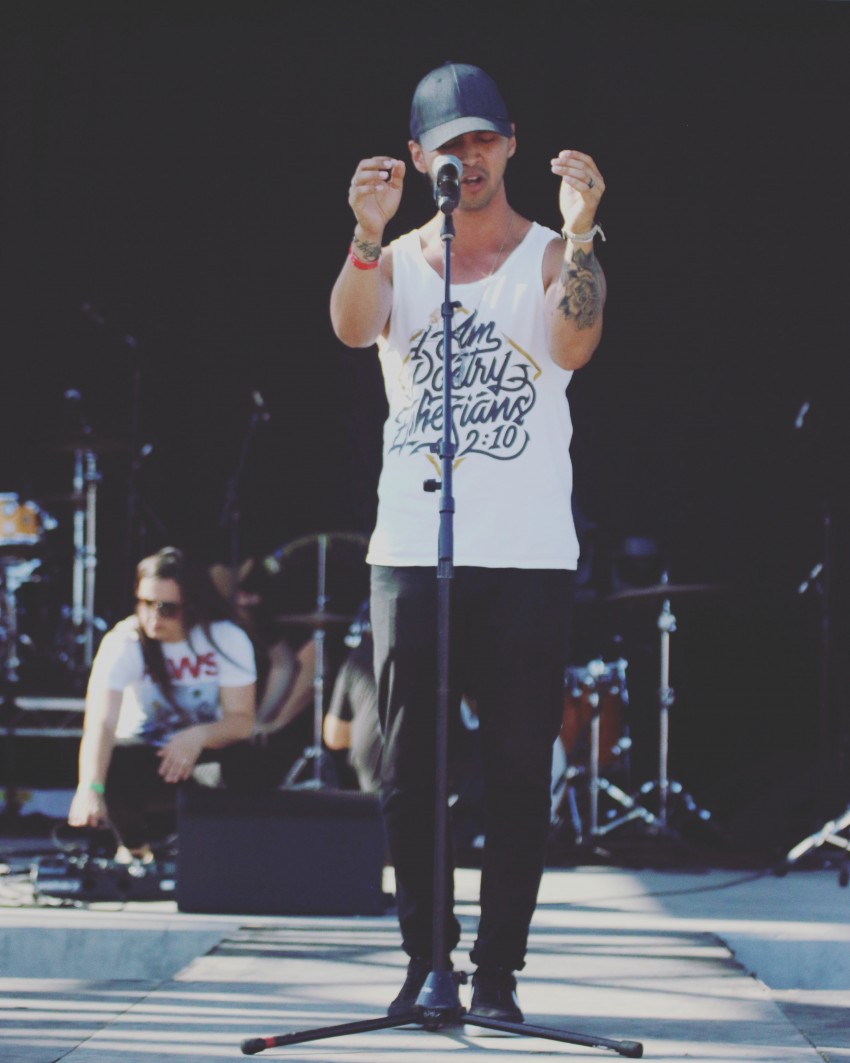 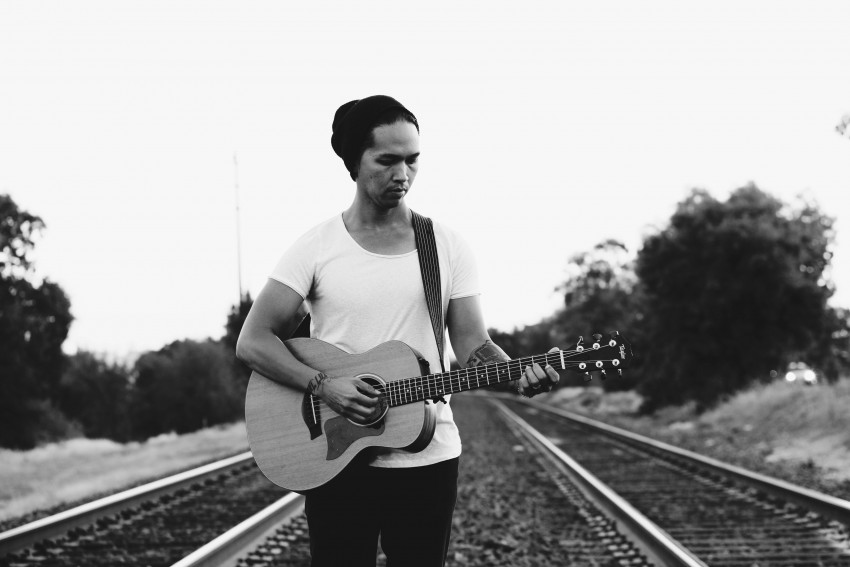 Mark J. has been performing spoken word poetry, singing, and leading worship over 15 years. His art has been featured on K-LOVE Radio and Air1 Radio's Dare to Dream. He has opened for artists like Deitrick Haddon, The Katinas, Israel Houghton, Matthew West, Propaganda, Israel Houghton, Manafest and more! He performed main stage at Joshua Fest in Nor Cal, Grace Fest in So Cal, Urban Youth Workers Institute, and High Voltage Festival in Oregon. He was also featured live on JUCE TV (a network under TBN).

His heart for worship is evident and his spoken word poetry is unique and captivating.
He speaks out boldly on the dangers pornography and leads an online group with xxxChurch.com

Can't wait to have him back

Mark was amazing. He was exactly what our youth needed. Everyone was able to relate to his message and his words. He has such a gift that we all wished he could have gone longer. Can't wait to have him back.

It was such a joy and a pleasure to have Mark J. The Poet come and bless our students (Middle School - High School). He led us in a time of worship and it was great to listen to his spoken word. He was interactive and our students had a blast participating!

I was absolutely honored, Rhonda! You and the rest of the staff were so kind and welcoming. I felt right at home and absolutely love the ministry you all are doing!

Mark J lead worship for a men's retreat at Mt Hope Binle Camp and we could not have asked for more. He wend above and beyond what he was expected to. Music was world class as well as the spoken word. Very friendly and easy to work with. Most importantly, this man loves God and will truly lead your group in deep, genuine worship. Thanks for everything Mark J. I will definitely be working with Mark in the future and you should too.

Definitely a pleasure! You guys are full of God's love and I look forward to coming out again in the future!

MarkJ was hired as a spoken word artist. Who knew he was a singer too! He was inspring and filled with the Spirit of God. He was appealing to the young and the old. He was humble and very easy to work with. Thank you MarkJ! I look forward to collaborating again in the future.

I loved this guy! He brought an authentic and very creative message through Poem and Song! If you’ve never heard Mark, you need to! If you have, like myself, you will find a way to see him again soon!

My Brother, your ministry was well received at our Celebrate Recovery Regional Meeting on May 19th. The transparency of your life story through spoken word and poetry. A great reminder on how God can change anyone's life if we are willing to surrender to the will of our Lord.
Thank you Mark J

Thank you so much Jeff! I felt right at home and look forward to working together again.

Mark J. came to our Celebrate Recovery group last week and blew us away with his talent and heart. What he had to share resonated with us because he shared truth, not just the truth of his story but the truth of God’s Word. Mark is a gifted lyricist and humble communicator. We will be inviting Mark J. back to our church real soon!

We truly had a blessed time with Mark J. and his ministry. The people enjoyed him and we look forward to doing some community work together to reach our community and believe his approach would be relevant and powerful...

Mark J. The Poet is phenomenal! He is so humble in his approach and shares his powerful story of breakthrough. I was hesitant if our 6-12th grade audience could connect with him and he did a terrific job! His booking was simple and is very easy to work with. I highly recommend him for any event that you're wanting to see lives changed at. He is truly an inspiration! Keep rockin' brotha!

Thanks so much pastor! It was truly an honor and I was impressed with your entire team and quality of ministry. Let's do it again sometime :)

Great to work with. Communicated well with the audience and connected. Highly recommend this man of God!

To start off Mark J is an awesome young man, his sincerity and humbleness exuded from the time I met him and throughout his Performance. His Spoken Word was amazing and a testament of what true deliverance is. His messages are open and transparent, lifting the hearts and minds of those who attentively listened. He had to pause between phrases, as the sound of engagement and applause began to ring out in the sanctuary.... His Music selections were meaningful, warm, and loving as he was able to engage the audience in his musical experience. Many were blessed, touched, and were able to relate to all he presented. We have already have requests for his return to minister and impact the lives of others. I am glad I reached out to Mark J to come and share, he is a true display of God's grace and mercy. Keep up the great work Mark J! For the Best is Yet to Come!!!

I am grateful for such kinds words, pastor! Was honored to be with my Word family. I felt the warmth and love in the building!

Mark was wonderful to work with. He was very patient with are lack of experience. This was are first show and Mark filled it in beautifully. We can’t wait for the next time to have him!! Thank you so much Mark, for helping us spend the love of Christ Jesus!

Mark did a great job going to bring him back for other events!

Love the vibe and ministry at The Arena! Hope to see you guys again soon :)

A true worshiper of God Almighty

I hired brother mark for my 50th birthday party. He was a blessing to me and my family and my guest. When he began to worship God with gladness and joyful song at that moment we we're able to experience heaven here on earth. Highly recommended.

He always engages the audience. His messages are always powerful and relevant and comes from the heart.

The Artist, The Poet, MarkMyWords

Mark J Ornelas brings a well prepared presentation to every stage every time. His uniqueness is evident in that he packages his sets to fit the specific engagement. Mark's passion for truth, discipline for crafting his words, and quest for communicating to the hearts of people and their society, has put him in the fore-front of performers and ministers of this genre.

My church has had pastor Mark out several times to lead worship from weekend services, conferences, to special events. He always does an amazing job leading us in worship. His heart spills as he worships God with such a great passion that it becomes a very contagious-free atmosphere. I HIGHLY recommend him whether he joins your team and leads or leads solo.

I have heard Mark speak on many occasions and I have always been impressed with his passion and incredible talent. He isn't just a poet, he's an encourager who inspires and challenges the heart. Let Mark speak into your life and you won't regret it.

Show me your Glory

Just Amazing! Mark ministered at my sisters funeral with song/keyboard and the presence of God was established so powerful bringing comfort to all our hearts. Upon my sisters last breath, she lifted her hand out to reach for Jesus the most beatiful thing I ever saw. God instantly spoke to my heart... she has seen My Glory. God used Mark as he ministered that song "Show me your Glory" at her funeral bringing such peace and comfort to all our hearts. "Like honey out of a Rock". Thank you Mark, forever grateful.

He comes up with some of the most creative lines in his spoken word! Kinda like going to a restaurant with a chef that arranges ingredients in such a way that you think, "wow! I didn't know that would taste good." Definitely a must have.

I have been to Many events where Mark has performed over the past 10 years. His spoken words are always relevant, convicting, and anointed. The views and perspectives in his spoken word are always unique and cleverly crafted. The content in his poems inspires me at times and other times challenges my faith in areas in my life I would of never considered.

You can expect a spoken word performance that will move the heart of your audience. Mark J's unique use of wordplay will inspire, encourage, and present a relevant message in a unique and refreshing way.

As a musician, you can expect his passion and vocal abilities to uplift hearers. His sound can be compared to artists like Jonathan Mcreynolds, Mat Kearney, Royal Tailor, and Housefires.

If you are hiring Mark J. as a worship leader, you'll quickly notice He loves Christ and, more than his great voice, His love for God will inspire others to worship as well.

Mark J. is a spoken word poet/worship leader and musician from Sacramento, CA. He started his musical career as young as age 9 when his older brother taught him to rap. He then gained experience during his pre-teen and teen years performing local shows as a member of a hip-hop group consisting of his brother and cousins. He soon discovered he had a gift for singing and then started learning to play guitar and piano on his own.

15 years later he now leads worship, performs spoken word, and speaks boldly on the affects of pornography and how he has found freedom. His influence is now reaching all across the world.

Mark J. was a featured been featured alongside artists like Manafest, The Katinas, and Matthew West and has ministered through spoken word in partnership with Air1 Radio's
Dare to Dream school assemblies - this program reaches schools all over the
country. Mark is the founder of Offline Inc, an anti-porn and anti-trafficking organization.

Mark J's set typically includes a simple setup. He asks that a mic with a boom stand and direct box be provided for his acoustic guitar. That's all! He likes to perform under a spotlight or with lighting that is similar to dim theater.