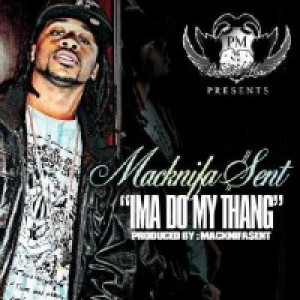 MACKNIFA$ENT, is A South Fl hip hop artist with syrupy flows over booming bass.He has a large repertoire and music for all ages and generes.Youll be amazed by his great stage presence and he surely will have you wanting more...GUARENTEED!!!

Macknifa$ent gave me my money's worth plus more. He brightened up the stage with his presence and the music was great. I recommend you invite him to perform at your venue... im sure he'd be great in any setting!!!
I contacted him at
myspace.com/macknifasent
pairadicemusic@yahoo.com
954 513 0928

Hailing from the streets of Lauderdale Manors, Macknifa$ent has established a reputation as one of Broward county's most anticipated and unique lyricists. Never dull, his exhilarating flow gives you a trip to "Pairadice" right through your speakers. From an early age, his positive outlook in the most negative of situations has played a major part in assisting him in overcoming the many obstacles thrown in his path to success. His career began from a freestyle battle, six years ago, at the age of sixteen. That’s the moment that shed light on his God-given talent. Soon after, he began performing shows. He now continues the movement in Ft. Lauderdale FL, very well known, and well respected as one of the best lyricists to step into Broward County. Macknifa$ent is ready to carry Lauderdale on his back and put it on the map for good! His list of influences range from 2pac to Slick Rick, Fabulous, Jadakis, and Young Jeezy.His lyrics will take you trough the
many chapters of his life, supplying you with the musical equivalent to a Piccaso. Being true to himself, his family, and the many who support him, along with his motivation and undying will to excel in life is sure to separate him from a plethora of artists, not just in his native home of the south, but in "The Game" period.