Back to Bossa Nova Bands 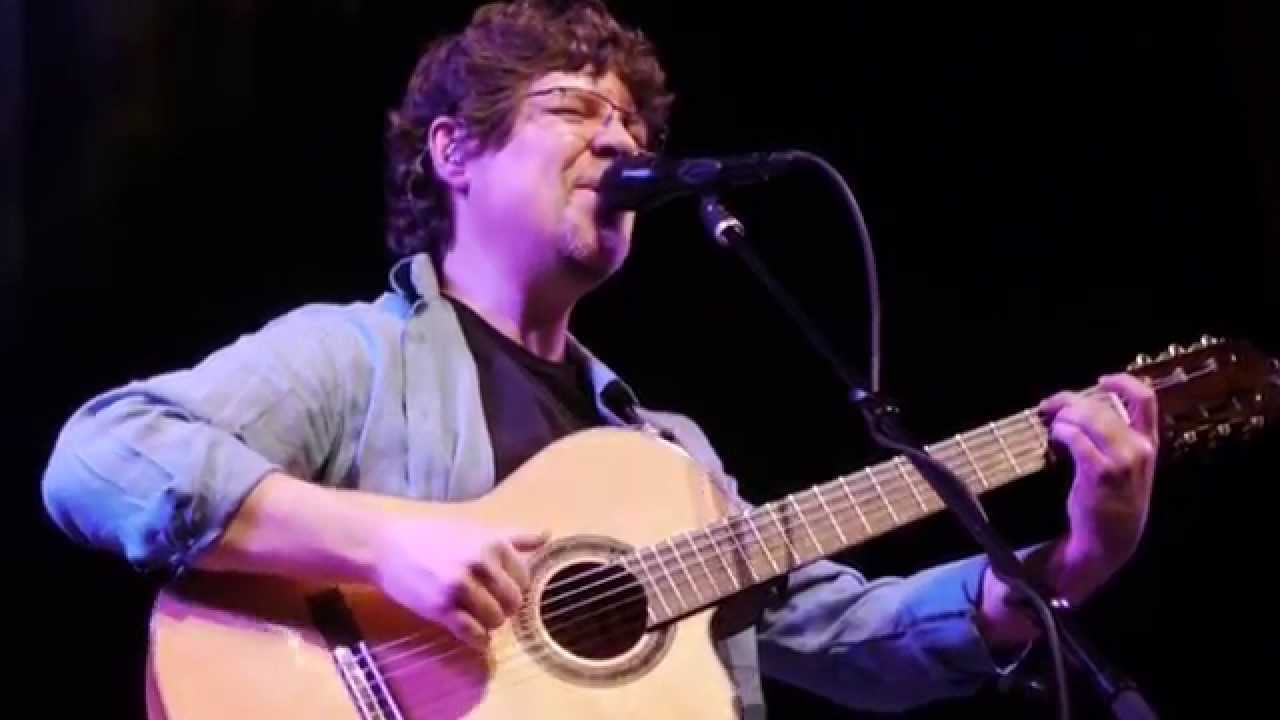 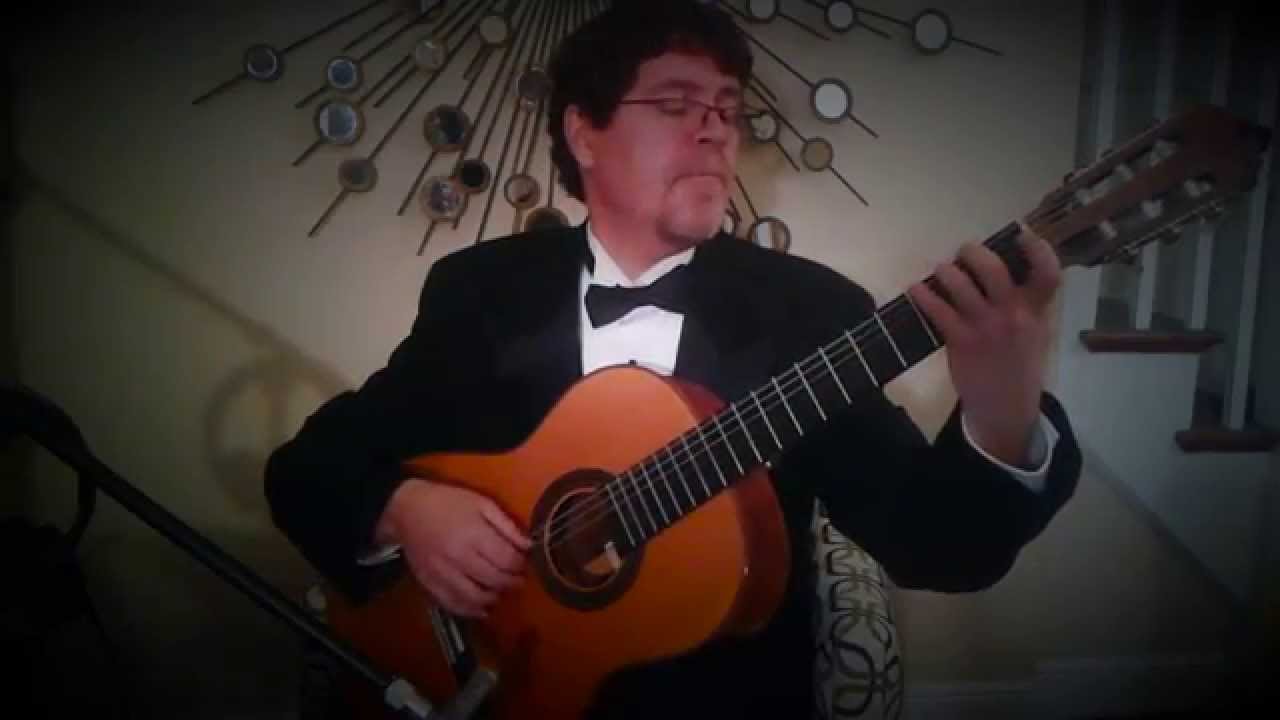 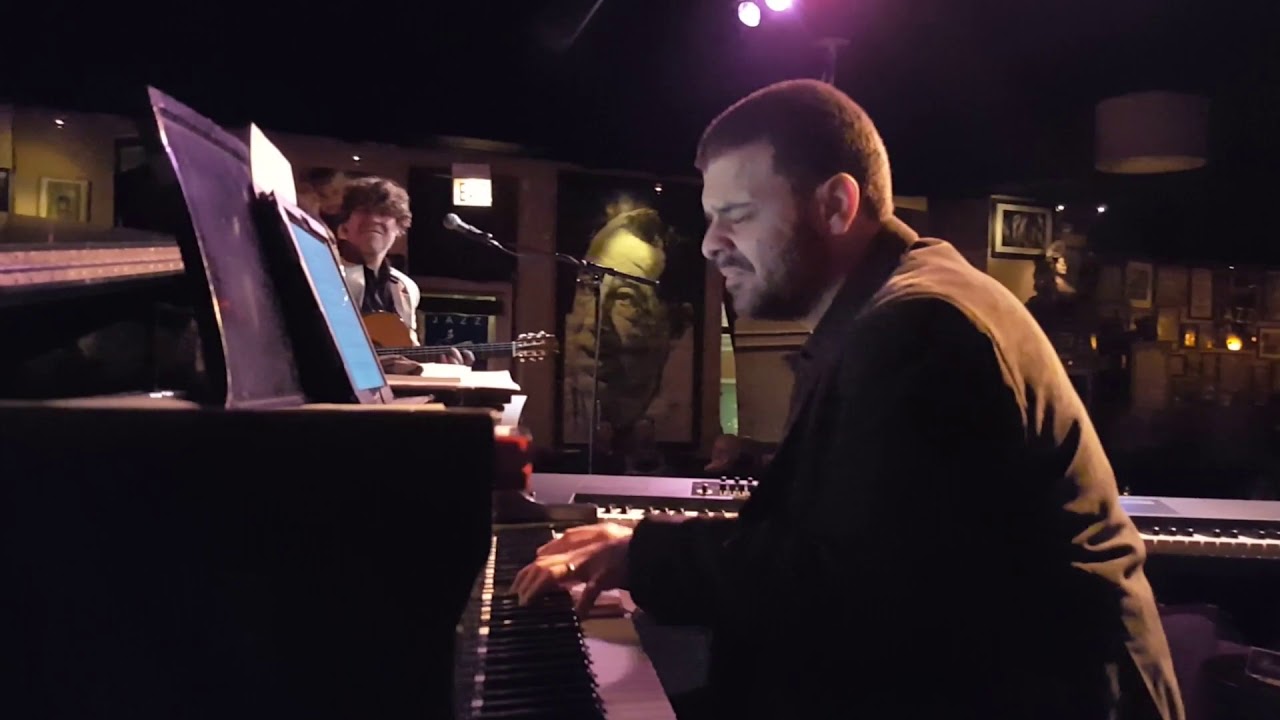 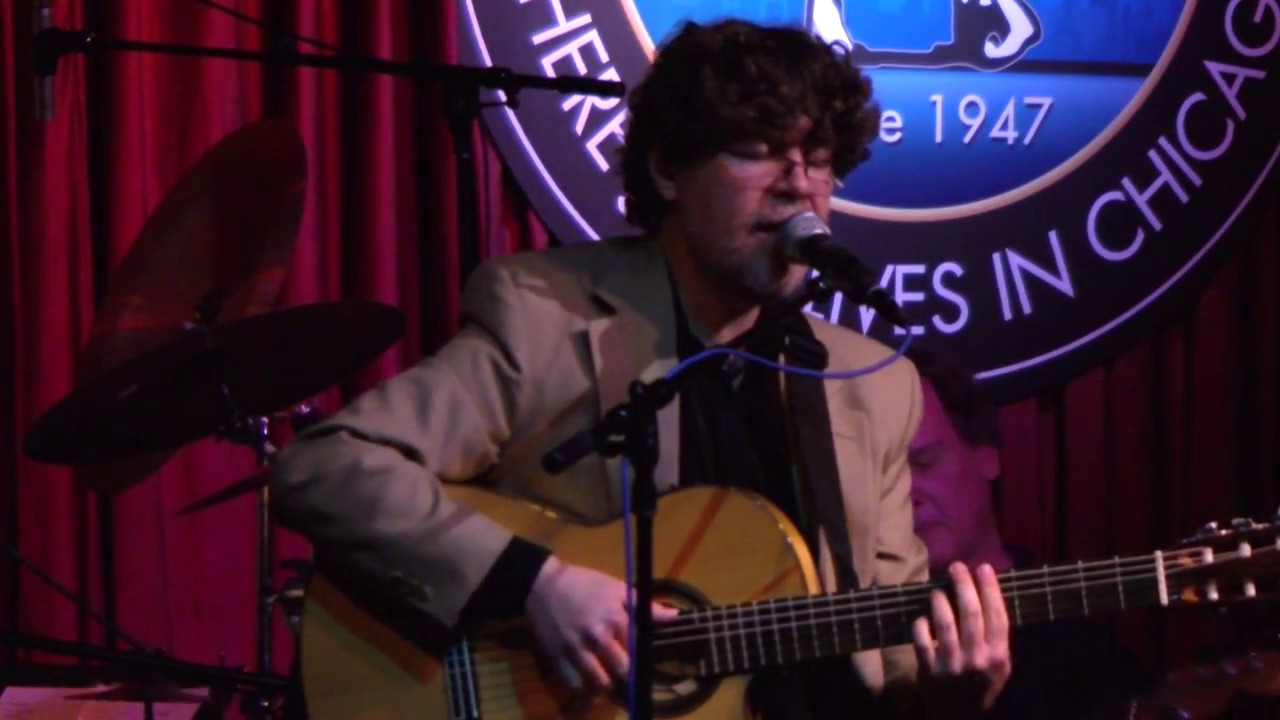 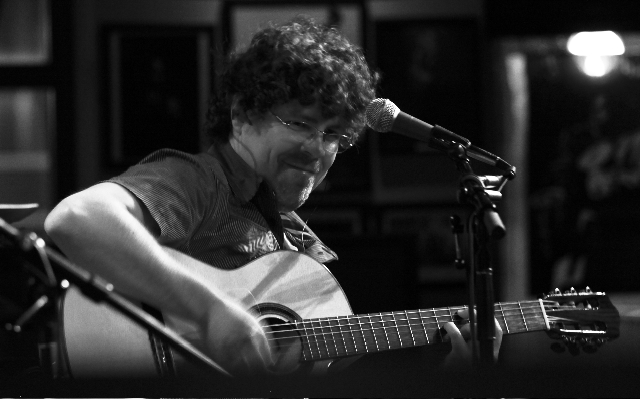 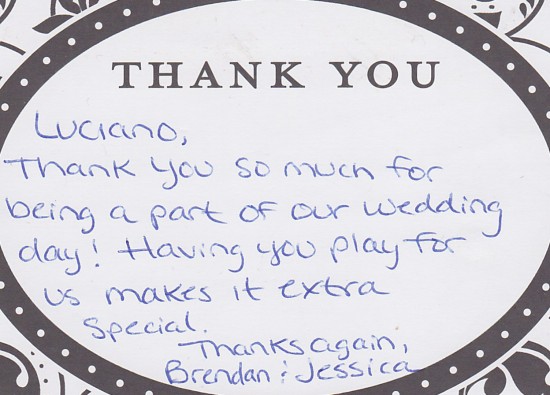 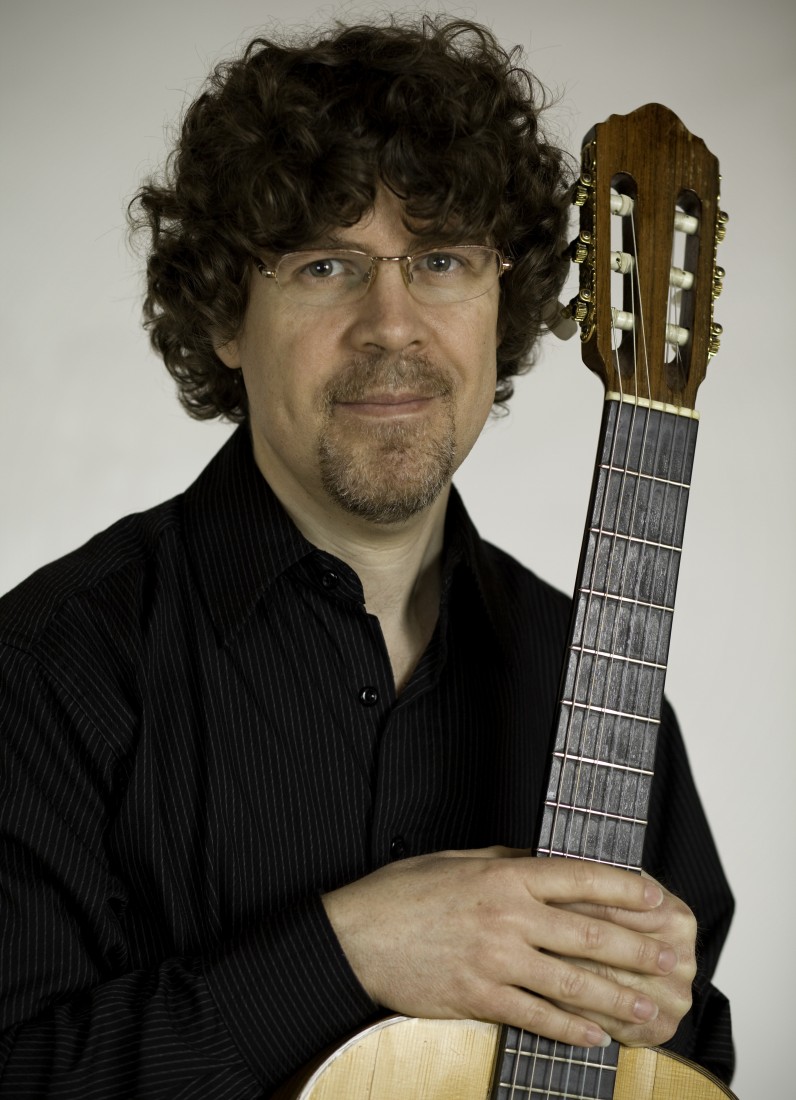 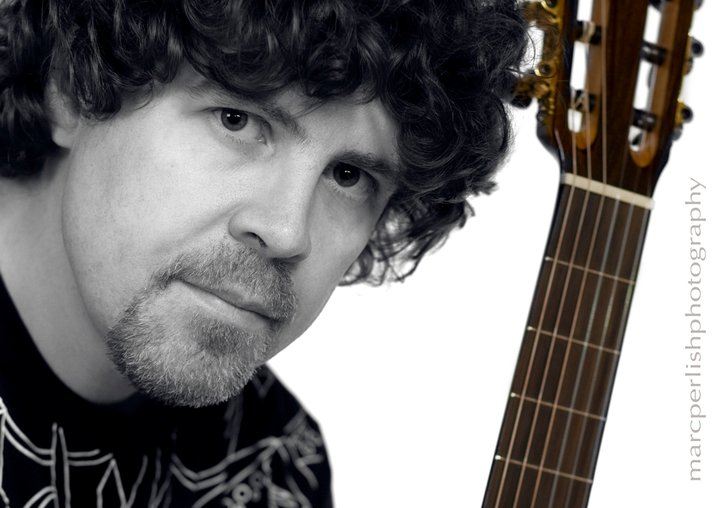 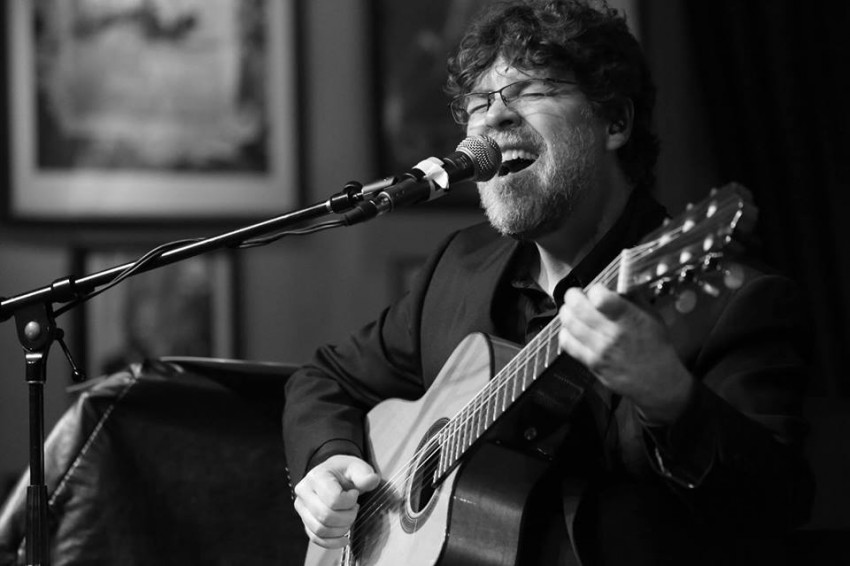 A force in the Brazilian Music Scene...Luciano transcends all borders and time through his soulful renditions of some of Brazil's greatest compositions and his own original works and collaborations. Luciano also plays classical guitar for weddings, social events and private functions.

We loved the music that was provided and it was even better than we envisioned! We did not want a DJ and we just feel lucky that we found Luciano to perform. We wanted some entertainment after the meal, a few dances, and some background music during the meal. We didn’t know how the timing of everything would go but Luciano helped everything flow throughout the night. He played music through his soundsystem during the cocktail hour and before and between his sets so there was always some music playing even when he wasn’t performing. That was a bonus since we didn’t expect that service to be provided. Luciano was very professional and did whatever he could do to make the night better! We had many compliments on the music about how good it was. Everything exceeded our expectations and I wouldn’t hesitate to hire Luciano with additional percussion or a full band if it fits your needs. Thanks again Luciano!

Great performer, easy to communicate with, and very kind!

We hired Luciano for our benefit dinner, and he was the perfect fit. We wanted some music for our cocktail hour that would create an environment that was fun and inviting for guests. He was the ideal musician for the event, as his style is warm and bright, but the music he plays isn’t too distracting from conversation and activities taking place. He is communicative and flexible. We loved having him and would absolutely hire him again!

Made it an UNFORGETTABLE surprise for the love of my life

So I contacted him once, he was quick to get back in touch with me. We spent two weeks trying to work out the logistics of the occasion because I live out of state from the woman that I adore. It was her birthday that weekend and I was looking for a way to make it totally unforgettable. Anyway, he was more than flexible when things got out of order and the schedule got mixed up. We ended up planning a subtle session in the hotel in which I was staying for the days I was in Chicago. He arrived totally on time, I disappeared shortly to get him situated and let him set up and then went back to meet my girlfriend. I took her to the room where he was already playing softly, asked her to close her eyes before we walked in and you should have seen her face when I asked her to open them. He was softly playing and she was in awe of the occasion. I asked her to dance with me while he sang and played and we were lost in the beauty of the Bossa Nova style and classic renditions/adaptations of amazing love songs from The Beatles to amazing Brazilian musicians. Luis was a total professional the entire time, charming with his skills and passion for music and definitely a part of a great memory. I consider him a friend after helping out like he did and will always ask for him whenever I'm in the city. He really helped me create a lifelong memory for my love, something she can always cherish no matter what.

Thank you so much for your testimonial Ian. It was a pleasure working with you. Best regards!!!

A Musical Love Letter to Brazil!

Last night at the Mayne Stage Theater, I had the privilege of attending a concert featuring the Luciano Antonio and Neusa Sauer Quartet. If ever there was such as a thing as a musical love letter to Brazil, this show was it. The guest artists Silvia Manrique, Gaby Vargas, and Jack Zara were all non-Brazilian, but they performed with just as much talent and
love in their hearts for Brazilian music as any carioca or paulista.
The format of the show and the choice of compositions showed that
Luciano wanted to ensure that each featured artist showcased the best
of their talents. For example, the songs featuring duets with Luciano
and Neusa and Luciano and Silvia beautifully evidenced why Neusa and
Silvia are two of Chicago's best female voices in Brazilian music; and
Jack Zara's acoustic bass solo during "Pierrot" was one of the best of
the evening, not to mention the virtuoso abilities of Gaby Vargas when
playing choro. In addition, the mutual respect that the artists shared
for each other was most evident in the interpretation of Luciano's
original compositions, namely Silvia's vocals and Gaby's flute playing
in "Aos filhos do Brasil" and Breno Sauer's (reknown Brazilian pianist
and Neusa's husband) arrangement of "Abandono," another of Luciano's
originals. So many of us Chicagoans expect to dance until our feet
fall off when attending a performance of Brazilian music, but when the
stage is filled with musicians that make us want to stop to just
listen, it's a wonderful treat. Mayne Stage was the perfect venue for
a performance which raised the bar for the performance of Brazilian
music in Chicago, and I look forward to more experiences like this in the near future!

Luciano Antonio gave a truly inspired performance at the Old Town School as part of the World Music Wednesday series. After performing on the stage of the Old Town School on a number of occasions supporting other bands and artists, it was Luciano’s moment to shine presenting his original material and arrangements. Backed by of many of Chicago’s finest musicians, Luciano assumed his place as a natural front man and served up a spectacular evening of music to a full house of rapt Brazilian music fans. The music swung effortlessly from Bossa Nova to Brazilian Jazz to Samba riding on Luciano’s melodious voice and infectious guitar grooves. The Luciano Antonio Project is a Chicago gem ready for export.

Luciano was born into a musical family in rural Iretama, Parana, Brazil’s southern region. From this melodiously rich environment, he learned first how to sing with his mom, Luiza Maria. By age 14, he took the violo (acoustic guitar) as a self taught instrument, focusing his repertoire on Brazilian Folk and Bossa Nova (Brazilian Jazz) and continued his pursuit through the study of classical guitar at the age of 17. Luciano’s music journey next led him to the University of Missouri-Kansas City (UMKC) where he received a bachelor’s degree in music performance. After successfully completing his education at UMKC, he relocated to Chicago where he has since established himself as a popular Brazilian Jazz Artist, having recently performed at the Jakarta International Jazz Festival and completed a mini-tour of Japan. Luciano collaborates with many great fellow artists and through his own project, continues to invigorate the Chicago Latin and Jazz scene. Make no mistake; Luciano has placed his stamp on the Brazilian music scene in Chicago. He also performs with Al Sur, A Cor Do Brasil, Evanston Orquestra de Samba, Som Brasil and as a soloist. Other recent engagements include opening performances for Caetano Veloso, Vinicius Cantuaria, Virginia Rodrigues, performances for the Chicago Mayor’s Office of Special Events, The Democratic Convention of 2004, the Taste of Chicago, Chicago Summerdance and several commercial releases. Luciano also plays classical guitar for weddings, social events and private functions .Luciano's most recent accomplisment is the release of his debut album of original music "Vida De Artista - An Artist's Life". Luciano also plays classical guitar for weddings, social events and private functions.