Classically trained singer, Loghan Bazan will cater to your specific ceremony needs. She specializes in sacred and traditional wedding selections, but is well-versed in jazz, broadway, and classical standards. She has been hailed for her vocal warmth and sweet tonality. She will go above and beyond to take your special day to the next level!

I saw Loghan performing Ave Maria during a church service near the holidays at a friends church in downtown Pittsburgh -- and I made sure to write down her name! She was so wonderful. I don't speak Latin, but the beauty in which she sang it sure made me want to learn. Her performance was so beautiful - I'm so happy to have stumbled upon this page looking for her on youtube.

First introduced to opera as a student at the Baltimore School for the Arts, Baltimore native Loghan Bazan is quickly earning a reputation as an exceptional mezzo-soprano. Praised for her impressive stage command and limpid, lovely tone, Loghan feels equally at home on the operatic, concert, and recital stages. She has even found herself at home on the set of CBS' daytime game show The Price is Right. In the episode that aired on December 3, 2012, Loghan won the Showcase Showdown and ended up singing an excerpt from "Una voce poco fa" for host Drew Carey.

Ms. Bazan made her professional operatic debut in 2010 under the artistic direction of Francisco Casanova as Gianetta in Vera Musica’s production of Donizetti’s L’elisir d’amore. Other engagements include performances as Annio (La clemenza di Tito) and Cherubino (The Marriage of Figaro) with Undercroft Opera in Pittsburgh, PA.

This past summer, Ms. Bazan was a featured “Schubert Fellow” at SongFest in Los Angeles, CA. She was one of twelve singers cast in SongFest's “Songs in the Key of LA” - a project in collaboration with Los Angeles Opera, where she worked closely with composer, John Musto. In 2012, Ms. Bazan was a young artist at Opera NEO in San Diego, CA, where she was featured as Carmen (Carmen), Cherubino (Le nozze di Figaro), Fidalma (Il matrimonio segreto), and Disinganno (Il trionfo del tempo e del disinganno) in their scenes program. During the summer of 2009, Ms. Bazan spent a month studying and performing recitals in Florence, Italy at the Bel Canto Institute, and in 2006, she studied at Washington National Opera's Institute for Young Singers, where she was chosen as a select number of participants for a special performance at The Kennedy Center's Millenium Stage.

Currently a member of the Maryland Opera Studio, Ms. Bazan had the opportunity to perform the role of Laura in Jack Perla's Love/Hate, as part of the Studio's New Work Reading Series. She also covered the roles of Prince Orlofsky and Ida for the Studio's production of Die Fledermaus and presented a concert of opera scenes with her peers. Roles included Serse (Serse), Charlotte (Werther), Donna Elvira (Don Giovanni) and Thelma (Later the Same Evening). In the Studio's 2014-2015 season, Ms. Bazan will perform the roles of Dorabella (Così fan tutte), L'enfant (L’enfant et les sortilèges) and Ernestina (L'occasione fa il ladro). More information on these upcoming performances can be found here.

Ms. Bazan earned a Bachelor of Fine Arts in Music Performance (Voice) and Minor in Business Administration with University and College Honors from Carnegie Mellon University in May 2011. She is currently in her Second-year Master's Candidacy at The University of Maryland, College Park, under a Graduate Assistantship from The Maryland Opera Studio, studying with Delores Ziegler. 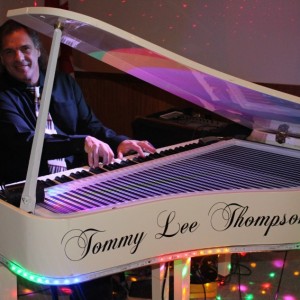 Brian M. said “Tommy Lee did a fantastic job. People really liked him, had a great attitude, worked hard, did extra than I asked for. Thank you GIG Salad for recommending…”